Friday night saw the premiere of critically panned Marvel's Inhumans, which unsurprisingly bombed with fractional ratings. The first part of the two-hour premiere got a 0.9 in A18-49, while the 2nd half dropped a tenth to 0.8. Once Upon A Time returns next weeks with it's rebooted season 7 with Inhumans as lead-in, Uh-oh.
CBS MacGyver reboot, which did OK enough to secure a renewal returned by tying it's previous series low of 0.8, which it hit for the season 1 finale. The venerable Blue Bloods topped the night with a 1.1 rating. Hawaii 5-0 did an OK with a 1.0.
FOX The Exorcist, which earned a surprise renewal in the summer, returned with a new series low of 0.5.

TRL is coming back on Monday with a bunch of "social media influencers" as the new faces of the show. But before then, former VJs and exec producers reminisced about personal highlights from classic TRL.

Bob Kusbit (co-creator/executive producer; MTV senior vp production):[Mariah Carey would show up with her own lighting crew.] One day, Mariah comes in, pushing this ice cream cart, wearing really short shorts and a skimpy top. A guy runs into the control room and says, “No wide shots!” It was her lighting director. Meanwhile, Carson is looking around the studio like, “Is this really happening?”


More highlights in the form of an oral history at THR source
source:1/2/3/4/5/6/7
what's your favorite classic TRL moment?

Fangs Fogarty is an antagonistic character from the Lil Archie line. Maybe the show will subvert his role, or maybe he'll be a straight up dick.
( Collapse )

First off, check out Fergie pleading the fifth where she rates Mario Lopez' kissing skillz, reveals her least favourite Josh Duhamel project and is asked about dating Justin Timberlake (ew).

In his autobiography, 2012 X-Factor winner James Arthur talks about his fling with Rita after the show.
They met up on the X-Factor tour and hooked up in Rita's tour bus.
“There was a lot of magic there and it was an amazing night. Rita seemed really, really into me, but I still couldn’t quite believe it.

He seems to have thought she was faking it:
“I wondered if she was a very good actress. I was very stoned that night and my paranoia was sky-high."

They spent more than one night together:
“Me and Rita met up a few more times after that and had some more amazing nights. ‘I’m in love with you,’ she told me one night. She said it so sincerely I wanted to believe her, though it seemed insane"

Rita then ghosted him and he began to spiral:
"If I’m honest, I became a bit of a slag after Rita. I was chatting to hundreds of women online or on Whats-App after swapping numbers with them via Twitter, and I started to sleep with so many of them I lost count."

“They were usually the same type — Babestation girls or glamour models. If I saw someone I fancied I’d contact her on social media and tell her blatantly I wanted to have sex."

James Arthur has previously mentioned his tryst with Rita. In 2013 when he was making rap songs for some reason (including the infamous homophobic diss track), he unkindly referenced her a few times: "Some people's auras [Ora's] and demeanours can deceive us, but what they really want is a piece of your penis." and "I'm giving 10 million f**ks less than Rita does and that's a lot of f**ks.

-Blade Runner is gonna need to be a hit overseas because Variety doesn't think it will be in the U.s.

Jennifer Hudson has shoe thrown at her on stage, takes it as a compliment https://t.co/aLkr7I3Jth pic.twitter.com/GC9fZrsN6p

-During a recent performance Jennifer Hudson had a shoe thrown at her, but she did not let her faze her.

Many Stars included in Taylor Swift's spotify playlist have took to social media to thank her.

Thanks @taylorswift13 for loving “Making All Things New.” From one songwriter to another, I’m honored. pic.twitter.com/2VUcBqUOJM

Thank you @taylorswift13 for including my song "Learn To Let Go" on your playlist!! ♥️🌈✨♥️🌈✨ https://t.co/QC5eIBRZnN

TAYLOR SWIFT HAS JUST ADDED MY SONG ON HER PLAYLIST! WHAAAAT?! https://t.co/GxbN9yDV7c

I move so swift they call me Taylor 💃🏻

Have you listened to Taylor's playlist?

Mia Kirshner, most famous for playing Jenny on The L Word, is joining Star Trek Discovery. Kirshner will play Amanda Grayson, the human wife of Sarek (James Frain). The character was originally played by Jane Wyatt.

New episode today, Americans! Please give CBS Access your coin so I may continue to enjoy this show on Netflix for many years to come!


America's favorite felon, OJ Simpson, has been released on parole after serving 9 years in prison for armed robbery.

I this it's clear where the 'poor leadership' lies @realDonaldTrump Puerto Rico is part of the United States. This is our responsibility.

Gaga took to 45's fave platform to drag him for his response to Puerto Rico, stating that he doesn't care because PR does not have any electoral votes. Shortly after deplorables attempted to drag her - asking her what she was doing to help, she announced she was donating $1 million reasons dollars to recent disaster relief efforts. 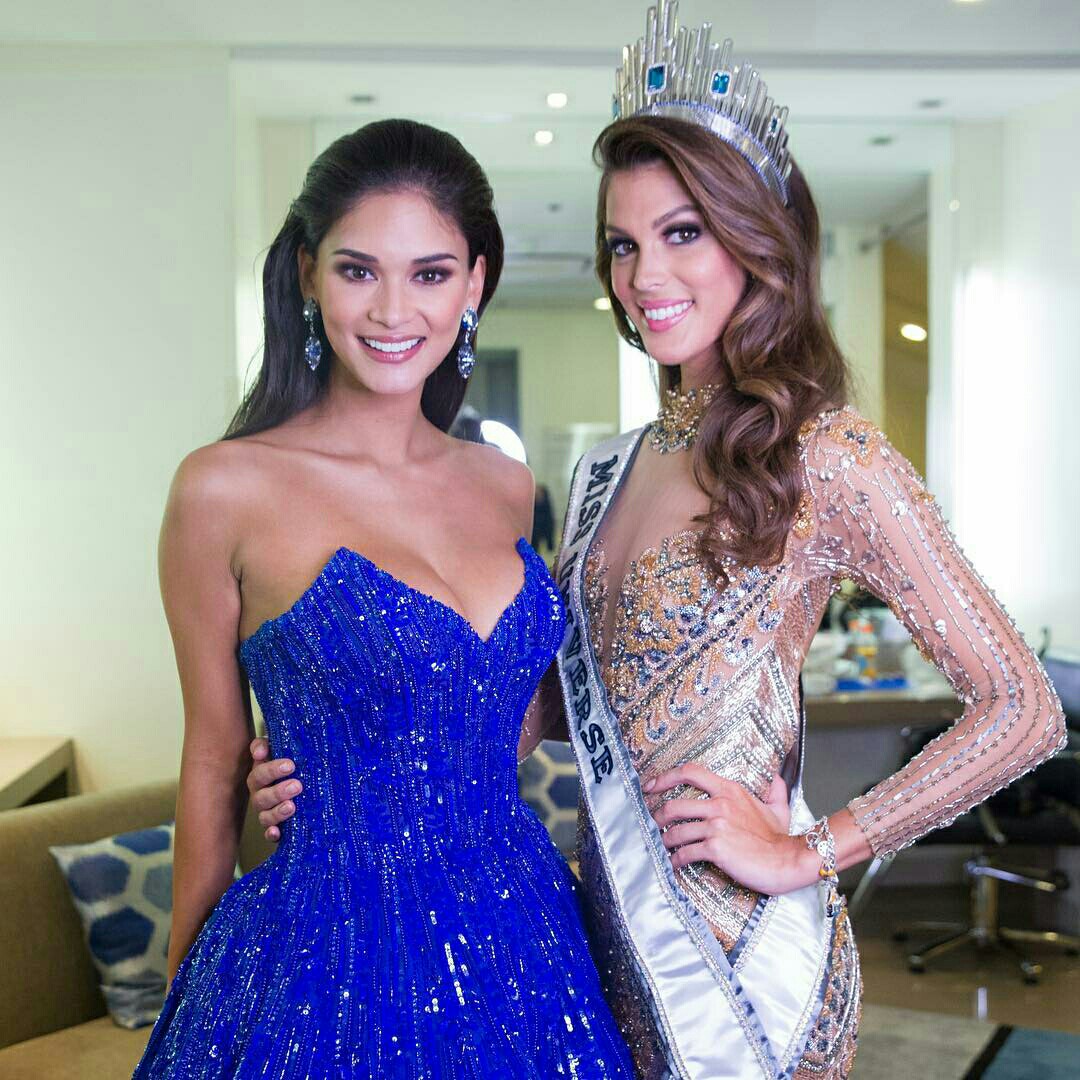 -Miss Universe 2017 will be held at The Axis at Planet Hollywood, same venue as Miss Universe 2015
-It will be held on Sunday, Nov. 26
-Steve Harvey confirmed to host it again for the third time in a row.
-Iris Mittenaere will crown her successor, only 10 months after she won the title 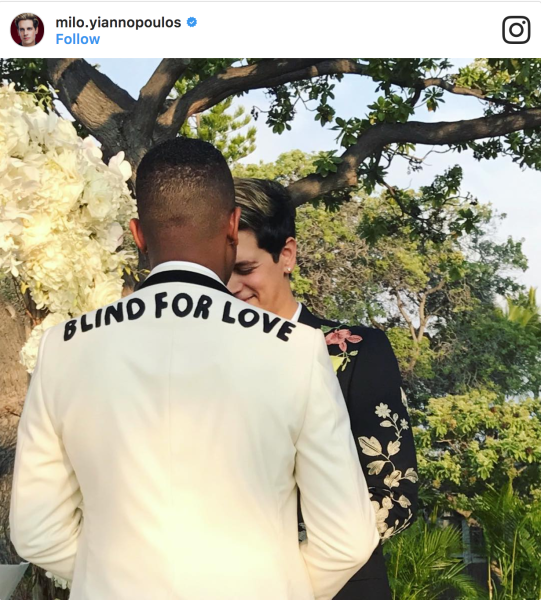 This past Saturday, Yiannopolos exchanged vows with an unknown man at the Four Seasons Hualalai in Hawaii. Details about who this man is have yet to be revealed.

Do you support interracial relationships?

The cast and crew of the upcoming Vita & Virginia about the love affair between writers Vita Sackville-West and Virginia Woolf wore "repeal the eighth" t-shirts on the set of the film.

The eighth ammendment makes abortion illegal in nearly all circumstances in Ireland. Since the ammendment was introduced in 1983 205,704 Irish and Northern Irish women have travelled to the UK to have abortions. Last week the government announced a referendum would be called in 2018 and yesterday women walked in support of the right to abort.

What's ur style, ONTD? Do you like the new upgraded Crocs?

‘I want one!’ Which Cute Sci-Fi and Fantasy Critters Do You Wish Were Real? https://t.co/xm5RKlDbUn

Here’s Pajiba's list of the cutest TV and Film critters that I wish were real and also mine.

( Collapse )
The rest at the source

I apologize for not saying fuck you to Susan Sarandon earlier. pic.twitter.com/Wew0wOVMAC

a simple retweet and reply from Sarandon spawned over 700 retweets, 5,000 likes and sent a swarm of her supporters on the attack.

To be young and in love...After the taping of Saturday Night Live, Don Lemon (51) and his boyfriend Tim Malone (Mid 30s) were seen flautning their relationship outside of TAO Nightclub in the Big Apple.

Are you gay and dating?

-Graham teases Ryan for his laughter at the end of the Oscar night
-Only Ryan and Graham understand Harrison's humor, audience made awkward pauses lmao
-Ryan and Harrison banter
-Harrison punched Ryan and Graham showed a picture
-Reese talks about her new movie Home Again and how women should be able to date younger guys since guys date younger women all the time
-Reese says that Candice Bergen went on a date with Donald Trump in college (they showed a picture of Candice wearing a Free Melania shirt lol)
-Margot made her parents pay for her magic show when she was a kid, and then pay extra if they wanted to know how she did the trick
-Margot tattoos a guy on the show
-Harrison tells a story when his father cut off his finger and Graham laughed lol
-Donald Trump copied Elle Woods' graduation speech

The best celebrity insta account, belonging to none other than Living Legend Britney Jean Spears is the gift that keeps on giving. This week she blessed us with a snap of her hot body (#workbitch) and a throwback to simpler times.

Mara Wilson Shared Why She Decided to Publicly Come Out as Bisexual #Levo https://t.co/eknkpXDRuV pic.twitter.com/5r7bqmI0Pt

Matilda star Mara Wilson says she regrets coming out as bisexual immediately after the Orlando Pulse nightclub shooting last year because she was accused of taking advantage of a personal tragedy for personal attention.

While she admits that she likes attention, Mara says that she would never be so callous as to make the tragedy about herself.

Mara Wilson also reveals the reason why biphobia stopped her from coming out sooner: "I grew up hearing that bisexual girls were crazy." This Spooktober, why not revisit the seminal spooky children's show Eerie, Indiana? For those of you who still have some semblance of youth, the show was about Marshall (Omri Katz, who also appeared in Halloween evergreen Hocus Pocus), a boy who moved with his family away from New Jersey to safe, friendly Eerie, Indiana... which is actually the weirdest place on the planet. Alongside his new friend Simon (Justin Shenkarow), the only other person in Eerie who is aware of the city's bizarre happenings, he goes on a series of creepy and scary adventures. The show also had a pretty great casting people who found several guest stars who would go on to get famous in their own right.

Did you watch this show? Favourite episode?

New stills give us our best look yet at the cast and world of Marvel's Punisher show https://t.co/cskCKGwEpM pic.twitter.com/cPqa6ur6MM

More pics at the Source

Brianna grapples with life-changing revelations and Claire must help her come to terms with the fact that she is her father's daughter. Roger brings news that forces Claire and Brianna to face an impossible choice.

Outlander airs at 8pm on Starz (or available to watch online right now, as Starz releases new episodes at midnight the day of airing)

- San Sebastian is the biggest film festival in the Spanish speaking world.

- Franco was there to accept and thanked "his brother, sister (i guess that's Alison Brie), and his old friend Seth Rogen"

Tommy Wiseau is going to the Oscars!
Collapse