Why Chinese people are flooding Gigi Hadid's Instagram telling her not to come to China: https://t.co/omiX3mMJ3i #gigihadid pic.twitter.com/AIDM7rBpi8

remember when models walked the show

I want to help

- after her smash hit, crying in the club, karla officially announced her new single 'havana'
- 'havana' entered the top 15 of the worldwide spotify chart, despite not being a single
- karla is also now the 18th most listened to artist in the world on spotify with 26,326,829 monthly listeners. 85% of which are ontd members

-recurring role, first appears in 305
-described as: smart and cunning with a charming dose of otherworldly creepines
-damien darhk will be among a cabal of villains who team up against the legends this year (post-season 4 version of darhk somehow resurrected)
-ford is the real-life wife of brandon routh (ray / the atom)
-ray will have an unexplainable attraction to eleanor, despite her evil ways

Can I finally get a Legends of Tomorrow tag, please? lol
source

Boyega defended himself on twitter after he was criticized for grinding with a female dancer at a Caribbean celebration in London last weekend.

Issue 74 of NKD/Naked Magazine saw Candice Patton, better known to fans as intrepid reporter and team leader Iris West - the lead character on DCTV's The Flash - break records by giving the magazine the most viewed issue in their history.

Candice says her favourite thing about playing show lead Iris is her unwavering loyalty - "she's loyal to Barry, to Wally, to her dad, and Team Flash. She doesn't have powers but that doesn't get in the way of her trying to contribute. I think she's a character that both men and women can admire."

Our @candicekp issue is now the most viewed issue in our publication's history after only 17 days. Thank you 💕 we see you and we hear you.

Keiynan Lonsdale, better known to fans as 'Kid Flash' Wally West - aka The Flash on DCTV's The Flash - and Ollie Lloyd from Dance Academy, has released a new signal called 'Good Life'.
Keiynan is a triple threat dancer, singer and actor, and this year came out as bisexual.
Since then Keiy has been living his best life, journeying down a path of beauty and self-reflection, and doing his best to represent himself honestly and express himself fully.

Grow up Glow up 🌻☺️🌻 pic.twitter.com/C0S4tz4msb

-Crime thriller 'Chasing The Dragon' stars Donnie Yen and Andy Lau, and opens September 28th in Hong Kong
-Donnie plays real life notorious gangster Ng Sek-Ho, known also as the ruthless 'Crippled Ho', an illegal immigrant from mainland China who founded a criminal drug empire in the mid-1960s in British colonial Hong Kong.
-Andy reprises his role as corrupt Chief Detective Sergeant Lee Rock, based on real life officer Lui Lok.
-Unknown (I believe) as to when the film will be released in other global territories.

Kim Kardashian was asked for her thoughts on Trump and she held nothing back https://t.co/pwb9ZVWCll pic.twitter.com/VwRMzvSPZC

"Anyone can run the U.S. better. My daughter would be better."

"We’ve worked so hard to get to where we were and to have so many things that we were so proud of in our country, to just literally revert backwards is the most frustrating thing."

"Every single day when you can’t really believe what’s going on, the next day it’s something else even more crazy and tragic. It's really scary, the world that we’re living in now. And when you did feel safe at home, now with Trump in presidency you just don’t feel safe anymore."

"Sometimes I feel like I want to speak out more about political issues. You have to be really careful about what you say, because a lot of things can be taken in the wrong context and I always want to be respectful, I don’t want to hurt anyone’s feelings."

-Calvin Harris was spotted with his former girlfriend Aarika Wolf.
-The couple dated seven months before ending things in February/March 2015 after he met Taylor at the Brit Awards.
-Calvin allegedly split from Aarika to pursue a relationship with Taylor.
-Taylor and Calvin ended their one-year relationship in June 2016 in a low-key fashion.
-Their latest sighting sparked the rumors they're dating again.

UPDATE: Turns out it's not Aarika Wolf but a woman named Cristina Squyres. The DailyFail is at it again.

ONTD, would you take an ex back after knowing they left you for someone else?

in response to questions for the VF Oral history piece:

“I still am not sure who GG was lol."

reminder, he was in the scene: 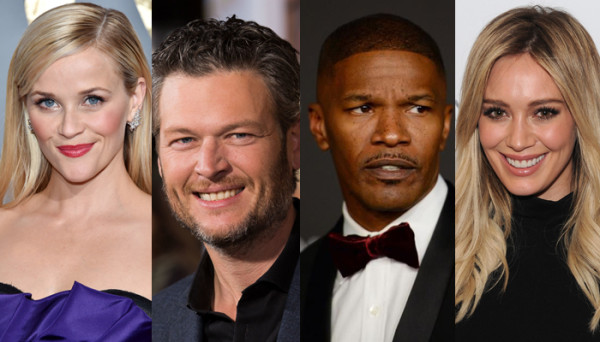 -3 city event hosted in LA, Nashville and New York
-Reese Witherspoon and Blake Shelton will host from Nashville
-Rapper Bun B Working with Scooter Bruan and organizers behind the One Love Manchester concert to raise money for those in need
-Telethon will last an hour and air across ABC, NBC, CBS and FOX on September 12th. Performers TBA

Miley Cyrus was brought to tears on Ellen while talking about the victims of Hurricane Harvey.

Why it's OK that you're OK with Jon Snow and Daenerys's incest in 'Game of Thrones' https://t.co/u1YZR6Vf3d pic.twitter.com/NU5K3GeQ9w

Psychosexual therapist Mike Lousada rationalizes the hypocrisy of shipping Jon/Daenerys and finding Cersei/Jaime wrong.
“There’s nothing wrong with people wanting that. The fantasy of taboo is always going to be exciting—to have that thrill enacted, and we know that it’s fantasy. To enact that in real life, to say that’s a justification for incest, no, that’s not OK.”
“We put ourselves in the shoes of the characters—we empathize with them, and that’s why the show resonates with so many people,” Lousada continues. “We can all feel ourselves in many of the characters in the plot. What if we put ourselves in the role of Jon—wouldn’t you be attracted to Dany, and vice versa?”

The difference between Cersei/Jaime and Dany/Jon is that Dany and Jon do not know they are related (duh? Captain obvious...), although the concept called genetic sexual attraction is common in real life, and there are numerous cases of estranged relatives ending up in a relationship.

Keanu Reeves and Winona Ryder are going to be love interests in a movie and it’s all we’ve ever wanted https://t.co/B9FtZOvSkL

Getting a new college roommate can be intimidating, especially if that new roommate is the band @DNCE! With @JimmyTatro pic.twitter.com/2UcWimsqLR

Getting a new college roommate can be intimidating, especially if that new roommate is @dnce 😈😏 watch on https://t.co/D5RN6jETN4 pic.twitter.com/BTOxqakIfJ

-Rapper, Waka Flocka, talks about deciding to go vegan for health reasons (being overweight) and deciding to stick with it after watching videos of animals being slaughtered and feeling like he could morally no longer eat meat.

-Music mogul, Russell Simmons, talks about animal welfare and his concerns about the impact factory farming has on our environment. Simmons has been vegan for 20 years and has written books on the subject.

-Singer, Mya, discusses the health issues that run in her family and how she became educated about vegetarian/vegan diets after deciding to pursue the lifestyle change as a way to test her willpower.

-As part of the Force Friday II celebration, Sphero and Disney have introduced... BB-9E, who will be appearing in The Last Jedi
-BB-9E is described as a "rolling menace", and part of the First Order Astromech unit that keeps their machinery and ships operational
-Unlike ONTD's One True Queen BB-8, BB-9E's dome head is smaller and flatter, moves independently of the body, and has a red eye
-BB-9E will cost $149.99
-BB-9E is pure evil.

Do you think it's just typical that Queen BB-8 has an evil straight twin brother lurking around, ONTD Force Users?

DC Comics and Greg Berlanti have found their Dick Grayson.

Pirates of the Caribbean: Dead Men Tell No Tales' Brenton Thwaites has been cast in the lead role as the Boy Wonder in straight-to-series drama Titans.

''Hey guys, sooo obviously I'm no makeup expert, but I love beauty and taking care of my skin. There's so much I want to learn about the beauty world, and my glam squad inspires me every single day with their creativity and hard work --- so what better time than now to start making beauty videos! Thanks for tuning into the first one, please come back because there will be many more to come!! - xoxo Shay''

Have you ever yearned for a reality show that was a cross between 'Rome' and 'Love Island'? WELL, IT'S YOUR LUCKY DAY.

The trailer for ITV2's Bromans is even better the description would have you believe... pic.twitter.com/VTwGdR0mZB

Harry Styles performing his new single Two Ghosts live in studio from
Behind The Album: The Performances, coming this September only on Apple Music.

I have no shame, he is looking fine

Earlier this week the new season of The Great British Bake Off aired on its new channel, Channel 4, and we were not just simply introduced to a new batch of 12 amateurs bakers, but also to a new team -"except for ol' blue eyes".

Hopefully last night’s #GBBO has inspired many of you to bake… and avoid eating marigolds! pic.twitter.com/Qpht7LSJR0

Sources: 1 2 3 4
I actually loved Noel, and Prue is adorable. Next week will be biscuit week, will you tune in?
This post is dedicated to all of our ONTD baking enthusiasts <3

Presumably the video is in response to backlash Chastain recieved after she tweeted a series of articles condemning the "alt-left":

I'm making a video because my heart is very heavy.

I've learned so much in the past few days about the trauma many people are experencing in our country. I've had the opportunity to listen more than to speak and it's really hard to express my feelings, my thoughts in 140 characters on twitter so here's my first video.

I share in the sadness of what is happening in this country. I hear you and you may never have met me but I love you.

i'm going to match donations up to 10k to the montrose LGBT center in houston for harvey relief PLEASE donate! https://t.co/HGFvHtVfEn


I'm going to match Jack and eat a banana while I donate 10 k to the LGBT center in Houston also. https://t.co/5jpbbdPvt7

Str8 ppl were pissed by this:

can we have just one day where we are just all americans helping each other through this ? we can go back to our identity corners later

So do what Jack Antonoff and Ruby Rose did and donate to the Montrose LGBTQ Fund. They're almost at their goal! We sadly can't trust some of these religious charities to take care of our people, so we HAVE to take care of our own. The New York Times included it in a list of local organizations to give to for Harvey relief, and any of those organizations listed would be great. They also list some international organizations, but it's always better to give local in these situations!