''Please welcome to my channel: KIM KARDASHIAN WEST! - CAN SOMEONE PINCH ME?? - When Kim asked me to do her makeup (I peed my pants a little) I immediately knew I wanted to do a throwback to a video that united makeup lovers all around the world: THE POWER OF MAKEUP! Kim is gorgeous both ways, but still, it was beyond surreal to see the power of makeup on this icon! Hope you enjoy!''

Look what Taylor Swift made Breitbart do https://t.co/nJQSbHnFyH

"Alt-right" white supremacists have chosen Taylor Swift as their "Aryan goddess" icon, through no fault of her own https://t.co/bSy9uCubXQ

Though critics have given her song bad reviews, Breitbart seems to love it and has been tweeting out its regular stories with a relevant line from "LooKKK What You Made Me Do."

She probably would like to be excluded from this narrative but her team or Taylor herself have not denounced them, though she did have time to call out speculation of her contorting her body in luggage to avoid the paps, but not this.

The Alt-Right website is obsessed with Taylor and was profiled last year by the Washington Post which described her as an "Aryan goddess icon."

Back in 2013, another white-supremacist website The Daily Stormer started to post memes of Taylor with Hitler quotes. They called her "...A pure Aryan goddess, like something out of classical Greek poetry.”

When will she speak up? she hasn't even denounced tramp yet...

Lily-Rose Depp is the star of our latest issue, on newsstands September 7th. https://t.co/SfCoWSpxI6

choice excerpts:
NATALIE PORTMAN: I heard that your photoshoot for CR was really special.

LILY-ROSE DEPP: I love working with Carine. She actually styled the first shoot that I did for Chanel when I was 15. This time I got to show a little more skin and be a little more sexy. I had just turned 18, so I was ready to up the ante.
NP: Growing up, what was it like having both the French and the American sides to your family?

LRD: Weirdly enough, I feel pretty connected to both cultures. I can seem fully French when I’m in France or totally like a Valley girl when I’m in L.A. [Laughs]

Brian Austin Green Reveals He and Megan Fox Are Considering Having a 4th Child After Reconciling https://t.co/1HOlxaSYd9

· Former teen heartthrob & current Mr Megan Fox, Brian Austin Green, said in an interview that he really wants to have a daughter
· BAG has four sons - three ages 4 & under with Megan and 15 y/o son Kassius from his relationship with Vanessa Marcil - and admitted he was hesitant to try for a girl since it might mean he'd end up with 5 boys and honestly who wants that??
· During her last pregnancy, Megan said she felt she was destined to be a #BoyMom and that having only sons might be her karmic lesson
· Megan & Brian filed for divorce in 2015 and later announced their reconciliation/upcoming third child. His best advice to making marriage work is to just stick with it

Are your parents disappointed about ur gender?

· At the Edinburgh International Book festival, Zadie Smith told the crowd she doesn't allow her 7 year-old daughter, Katherine, more than 15 minutes in the mirror after noticing her daughter spent so much time focusing on her appearance. She told her daughter that she is "wasting her time" & pointed out that Katherine's brother Harvey doesn't do anything besides get dressed before he leaves the house.
· Her comments inspired accusations of makeup shaming and internalized misogyny while some Twitter users suggested Zadie is too conventionally attractive to criticize time-consuming makeup regimens ( Collapse )
· A couple of places - namely Fashion magazine & Feministing - came to her defense & Vogue posted a beauty guide to help you obey Zadie's 15-minute rule

you guys we can't be doing this… violence only leads to more violence!! we will only end up hurting more people if we take this path https://t.co/Vx7qUQbFD5

antifa must learn that with violence, their views won't get anywhere…we must stand in solidarity with love in our hearts, peace in our minds

Shawn Mendes says he 'fell in love' with the girl who inspired 'there's nothing holdin' me back'. https://t.co/8nftLzM7Pt pic.twitter.com/ixAw1zokpj

In a new interview, Shawn Mendes reveals who he wrote "There's Nothing Holdin' Me Back" about.

He says that he wrote the song about a character in a movie he was supposed to act in.

Shawn Mendes says, "I was going to act in a movie and I fell in love with the girl character."

Have you ever fallen in love with a fictional character?

Charlotte Whittingham, a Virgin airlines flight attendant shared what her experience serving Rita was like with her girlfriend.

“I’m a fan, but I stayed totally professional."

"She was so friendly and gorgeous I thought I’d share it."

Charlotte was called in and informed she violated the company's privacy policy. She asked her girlfriend to take down the post, but it was too late.

She could either quit or she would be fired.

Charlotte suspects one of her coworkers tattled on her.

“I’ve always been so conscious of not affecting the Virgin brand."

Singer Bebe Rexha, who apparently listened to Fifth Harmony last album, shared her thought on which song should be the next single 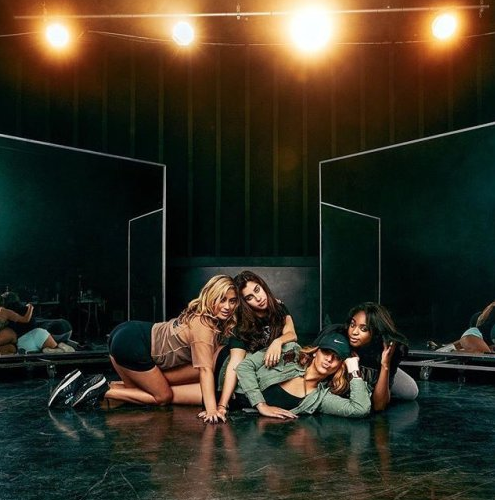 so which song should be the nexrt single of fifth harmony?

Ryan Murphy revealed "Throughout the season, [Evan Peters is] playing six different cult leaders: Kai, [Charles] Manson, David Koresh, Andy Warhol, Jim Jones — that’s a big one. We really examine how those people rise to power. … They really are idiots. … Lena is doing an episode called ‘Valerie Solanas Died For Your Sins, Scum Bag.’ That episode is about female rage then and in the country now. Valerie Solanas created a thing called the SCUM Manifesto in which she told all women to kill all men [in order to achieve equal power.] We also examine our female characters as they’re trying to figure out a way they can have equal power within this cult that Kai has created.”

Made a small edit about Evan Peters because LJ isn't letting me respond to comments.

Does Lime even own a shirt anymore? The chart-topper spent a day on a boat with his wife bb!Mama Cheryl Tweedy-Cole-Fernandez-Versini-Payne, taking time to pose and share some tasteful, teasing vignettes.

No word on where bb!Bear is. Next, Lime hopped into a pool, sharing his impressive skills on Instagram, with the caption: Rising out the pool like Henry Cavill.

His buddy Zedd has been spotted once again keeping an eye on Lime's timeline.

superboy! He went and put that booty on that Gucci belt~ 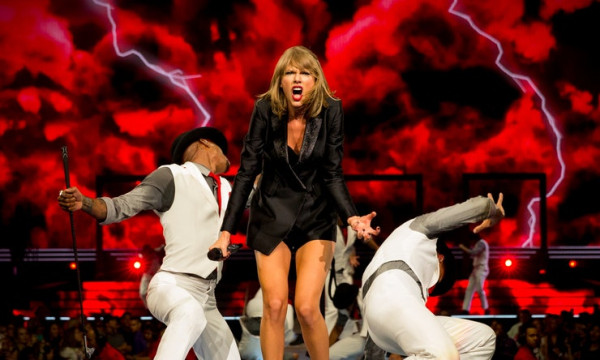 Handbook for Mortals author fires back after publishing fiasco https://t.co/eAZQUhk8es

Russell Brand married 30-year-old lifestyle blogger Laura Gallacher in Henley-on-Thames yesterday (August 26). They've known each other since 2007, started dating in 2015, and have a 9-month-old daughter together. This is Russell's second marriage after divorcing Katy Perry in 2012.

On August 24, washed up, unemployed sitcom "star" Scott Baio joined the ranks of mass shooting false flag conspirators by posting (and later deleting) a tweet that questioned whether the grieving mother of Heather Heyer, the 32-year-old anti-racist demonstrator killed in Charlottesville, Virginia earlier this month, was the same woman as Donna Fagan-Soto, mother of murdered Sandy Hook schoolteacher Victoria Soto.

Neither Baio nor his wife offered any apology for their comments. Instead, Renee Baio locked her twitter and Scott appeared on Fox and Friends this weekend to discuss PC culture gone mad.

Kathy Griffin, who took massive hits for her ill-advised pose with what looked like Trump's disembodied head (but which unfortunately was not), is bouncing back, announcing an international tour.
It's called "Laugh Your Head Off"

The "Laugh Your Head Off" World Tour. Tickets & Pre-Sale Info at https://t.co/zey0LOSPgE pic.twitter.com/Pcol9HKJzH

OMG at some of these looks...still updating, bear with me - this shit is exhausting!
Photo Sources: Getty Images

Be kind and drop streams for your fellow ONTD'ers!

"Edward Louis Severson" performed at the Roadhouse at the end of this pretty crazy episode, and then things got more weird. Also, this was a new song of his


source
I'm not ready for the finale next week

Even superheroes may not be able to save Hollywood’s desperate summer https://t.co/G2g8Aesm9B

- There was a significant drop in movie attendance this summer - the lowest level of attendance since the summer of 1992, when Batman Returns topped the US box office. The statistics according to the article: "down 52% year-on-year to 385 million at the time of writing."

- Box office analysts say that the superhero genre is the only one that's really doing well with audiences at large, so we should expect to see more hero flicks; particularly more female led ones since Wonder Woman did so well. However, the article notes that Hollywood is becoming dangerously overdependent on the superhero genre in general. 25 superheroes are estimated to appear in individual and ensemble films by 2019.

- The Netflix effect is also making its presence felt and is starting to pose a real treat to the traditional Hollywood movie model. Similarly, the Golden Age of Television means that the small screen is attracting Hollywood stars and A Listers away from the movie theatres to TV or streaming platforms instead (e.g. Nicole Kidman on Big Little Lies, Brad Pitt in War Machine).

- Movies expected to do well have flopped in China, the second largest film market in the world. The Great Wall was the most expensive film to have ever been shot in China yet it was a failure at the box office. However, Wolf Warriors 2 was a massive hit.

Read more at the source.

how are YOU going to save Hollywood, ONTD?

Sounds like Beyonce is going to be involved in the next Bond movie https://t.co/XXW8QAAXrB pic.twitter.com/pVRU6AYg0w

• Beyoncé has been in discussions to record the next theme song for Daniel Craig's fifth 007 James Bond entry according to sources from Hollywood studio MGM.

• Adele and Sam Smith provided the last two bond themes with Adele winning an Oscar for her theme "Skyfall" as well as Samuel Frederick Smith with "Writing's on the Wall."

ONTD, will Bey finally get that Oscar?

- Lorde didn't sing, she just had people carry her around the stage.
- Not only MTV cut off Julia Michaels mid performance, they also interrupted Chester Bennington's tribute with a commercial break.

Drake and Josh have reunited and made up after Drake made salty tweets after Josh didn't invite him to his wedding.

Taylor Swift Is Not Performing at the #VMAs but Is ‘Ready to Come Out of Hiding’ and May Make an Appearance: Source https://t.co/lzj1MUoxFi

Griffin lost jobs, money, and friends after releasing an image of Trump’s head, but she refuses to bend the knee https://t.co/0zTMRxVPQt

After the photo of Kathy Griffin holding a fake bloody Trump head came out, she was fired from the CNN's NYE special, she lost endorsements, live performances of hers were cancelled. She estimates she lost out on about a million dollars.

Kathy said she realized she had made a mistake when Rosie O'Donnell called her. Rosie asked her what James Foley(who was beheaded in Syria)'s mom would think about the photo.

Kathy received messages from friends telling her to cancel the Lisa Bloom press conference that ended up making things worse, but she didn't want to seem erratic so she went through with it.

She couldn't find a crisis management team willing to take her on as a client and she still can't find a publicist willing to represent her.

“President Trump just pardoned Joe Arpaio, who was essentially running a concentration camp in the Arizona desert. He said there are some good Nazis, and he’s kicking out young adults who were brought here as kids by their parents, and I’m the one who has to continue to apologize?”
( Collapse )
SOURCE
Collapse