James Corden did a song version of current events (including recent political crap) of the Summer summarizing the disaster which has been 2017 the last few months, to the tune of the song of the Summer.

-In this version, Dorian Gray will be a woman.

About: When Andy gave her friends expensive gifts and they repaid her by stealing her phone and playing hot potato while Miranda (Andys boss) called...AND then they acted all rude when Andy left the bar.

what movie moment piss you off??

"I sense a great change in your future," says Strange.
source

Canadian singer, Daniel Caesar, performed on the Late Late Show as a part of Apple Music's Up Next feature.

- Trump supporters, most recently in the news for being Nazi sympathizers, are planning "The Mother of All Rallies," or "The Woodstock of Rallies," in DC next month, but Juggalos, best known for doing drugs at a music festival, plan to be on the Mall for the Juggalo March the same day.

- Juggalos are upset about having been classified as a gang in a 2011 DOJ report. Trump-supporting and Trump-supported white supremacists killed a woman and injured others this past weekend, 8 years after Republicans demanded that the DHS retract a report on growing right-wing extremism, so maybe the Juggalos have a point about being unduly targeted.

- The internet wants to see Juggalos to fight Nazis.

Karla receives her first RIAA honor as a solo artist

Karla's international hit single "Work From Home" was just certified 5X Platinum this month, selling more than 5 million units in the US

Charlie Hunnam and Rami Malek star in the new version of Papillon, and the first pictures have appeared: https://t.co/dCwyFkZGLp pic.twitter.com/A8bT7YVevW

Here's your first look at our cast in costume! https://t.co/VbnrfholRK

Frozen on Broadway stars Caissie Levy as Elsa, Patti Murin as Anna, Jelani Alladin as Kristoff, and John Riddle as Hans, and opens in February 2018

Disney has released the first two episodes of their new Ducktales reboot on youtube and on their Disney XD site for free, so you can enjoy the premiere legally (though I do think it might be region locked.) The rest of the series will start airing as of September 23.

This is mostly an excuse to talk about the premiere. I thought it was super cute and I'm excited to see more.

It's not about Padmé but I GUESS it's acceptable.

Kesha's bonus track for the Japanese edition for Rainbow has hit the interwebs. Co-written as always by Kesha herself, it deals with various heavy issues like going to rehab, her early career success and public perception. A must listen.

- Katy's Witness tour was supposed to start Sept. 7, but will now start Sept. 19
- She says: "Due to unavoidable production delays, major elements of my tour stage design could not be available for me to rehearse on until this week"
- She also announced Noah Cyrus, Purity Ring, and Carly Rae Jepsen will be her opening acts

bella hadid has been hustling hard and is covering six different magazines this month, including three vogue september covers (china, arabia and spain).

what do you think about bella's hustle, ontd?

who asked for a Varchie shower sex scene 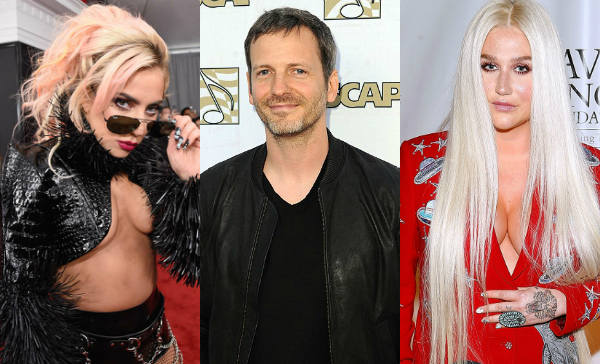 Lady Gaga is officially in the middle of Dr. Luke and Kesha's legal battle.

According to court documents obtained by E, Lady Gaga "will appear for a deposition pursuant to [Dr. Luke's] subpoena in this action, during the month of September 2017."

Gaga's attorneys state that the star "will produce unredacted copies of certain of the documents that were previously produced in redacted form" during her appearance.

"Lady Gaga has always been prepared to testify so long as reasonable limitations were established. That has now been accomplished," her lawyer Orin Snyder said.

Last month, Dr. Luke's attorneys filed a motion to interview Gaga stating "she has relevant information regarding, among other things, false statements about Dr. Luke made to her by Kesha." Court documents stated that Luke's team had made repeated requests to obtain a deposition date from Gaga but were ignored.

Gaga's attorneys had a different perspective, "As Lady Gaga’s legal team will present to the court, she has provided all of the relevant information in her possession and is at most an ancillary witness in this process. Dr. Luke's team is attempting to manipulate the truth and draw press attention to their case by exaggerating Lady Gaga's role and falsely accusing her of dodging reasonable requests."

Synopsis: Zoe Kravitz stars as Heather Anderson, a hot young actress plagued by paparazzi and her own ego. But her best friend and assistant Jill (Lola Kirke) offers a grounding presence, and unwavering loyalty, to Heather. But despite her best efforts, Heather seems more than a little unhinged, resulting in a death (or accident?) that Jill horrifyingly discovers. Embroiled in a crime investigation led by John Cho’s strapping police detective, Jill finds herself questioning her relationship with Heather, and possibly her own reality.

The film will be released Spring 2018.

#TBT When the ex that broke your heart hits you up late at night 📱😭 #CBB pic.twitter.com/zBVRNaGgae

-Previously, Brandi/Jemma set out to put a wedge between Sarah/Chads relationship

-Brandi/Paul were chosen as detectives, should they find the killers, Sam/Sarahs nominations will be reversed

-Sarah/Chad get their kiss on

-Sandy blames Brandi for Paul/Jemma having an argument

-Results will be shown tomorrow

- A van has reportedly been deliberately driven into a crowd at the famous Las Ramblas market in Barcelona.
- The official death toll is at 13. At least 50 people are reportedly injured.
- The city is on lockdown and it is being treated as a terrorist attack.
- Gunshots have been reported by some witnesses, but not confirmed.
- Catalan police have confirmed the arrest of two suspects and a second van relating to the attack has been found.
- Initial reports of hostages and the attackers being holed up have now been denied by the local police.
- Spanish police have appealed for graphic images not to be circulated online. #Barcelona is full of kitten photos to combat the spread of images.
- Twitter and the rest of the internet are full of graphic videos of the incident - please take care when browsing if you are affected by sensitive material.

Sending love to everyone affected.

The Season 7 finale of 'Suits' will be a backdoor pilot for Gina Torres' spinoff about Chicago politics https://t.co/9Ely0Tb1dG pic.twitter.com/YTlpc3pOtS

The Season 7 finale of Suits will be a backdoor pilot for the spinoff. The Spin off will centre around Gina Torres' character Jessica Pearson (who the show creators nearly killed off - like how would they have explained that?!  as she delves into the mucky world of Chicago politics. The didn't want to make Suits:Chicago so they decided to have her focus on politics instead - expect comparisons to The Good Wife Fight.

Synopsis  - "reunite Pearson as she adjusts to her new life in the Windy City. When she is forced to enter the dirty world of Chicago politics, Pearson must rely on her legal wits and valiant relationships from Pearson Specter Litt to navigate this unknown territory.

There are rumors that Dule Hill's new character from Suits might move on to this spin-off.

Logic released a video to accompany his track “1-800-273-8255" in an effort to bring more attention to the National Suicide Prevention Lifeline (NSPL). The video tells the story of a young, black, gay man (played by Coy Stewart) coming to terms with his sexuality in the face of bullying. Don Cheadle, Matthew Modine, Luis Guzman, and Nolan Gould also star.

I haven't listened to much Logic prior to this but I'm so so glad this came up in my Youtube recommendations.

ONTD, are you excited for the revival?

In a new documentary, the rapper claimed that he was driven to punch, bite and push his then girlfriend against a car window after she was violent towards him following Clive Davis' Grammys event.

Refuge (a leading domestic abuse charity) has asserted :
"Whatever goes wrong in a relationship, no man has a right to hit his partner. We all say and do things we later regret, but domestic violence does not 'take two. No woman can make a man hit her; violence is a choice he makes and he alone is responsible for it. Blaming the victim is another way perpetrators maintain control over their victims, it shifts the responsibility to the woman. Manipulating her into thinking she is responsible is a ploy abusers use to deflect from their violent and controlling behaviour. Hitting a woman is never acceptable behaviour, it is against the law."

Power! Poise! Pizzazz! ✨ A force to be reckoned with, #VIVAGLAM spokeswoman @tarajiphenson is back with two new ways to exude confidence and flaunt panache – a sultry copper Lipstick and a lavish golden-bronze Lipglass. 💄 Coming soon! 💋

what's the last pair of sneakers you bought??

This looks incredible and I'm not even a big Foo Fighters fan. It airs November 10th on PBS.

The first look at Saoirse Ronan in Josie Rourke's 'Mary, Queen of Scots,' which has just begun production. pic.twitter.com/Kkuoet0OXd

-The movie has just begun production.

-“House of Cards” alum Beau Willimon penned and Josie Rourke directs the story of the turbulent life of the charismatic Mary Stuart, Queen of France at 16 and widowed at 18.