To all my fans in the beautiful Carolinas, the Charlotte show was accidentally scheduled on a date that I have had a long standing family obligation I must attend. My Management and I are truly sorry.

LOL, Bronn's own mailman won't even talk to him after the last "Game Of Thrones" episode https://t.co/lFUUwxzD8a pic.twitter.com/dSrPnUTQec


are you ready for the episode?!?!

Rita took the stage after performances by Lil Yachty and Kyle's iSpy.

The audience was showered with confetti during her performance. 😲😲😲

We tend to place condoms in the backgrounds of scenes or imply them. But we hear you guys and will do better next season. #InsecureHBO pic.twitter.com/q9quKK3ZB8

this episode was so embarrassing


EW has confirmed that David Tennant will reprise his role as Kilgrave in Jessica Jones season 2. No details on the nature of his return.

Choice Drama Movie (#ChoiceDramaMovie)
Everything, Everything

According to The Guardian, HBO wrote a note to the hackers: “You have the advantage of having surprised us. In the spirit of professional cooperation, we are asking you to extend your deadline for one week."
“As a show of good faith on our side, we are willing to commit to making a bug bounty payment of $250,000 to you as soon as we can establish the necessary account and acquire bitcoin.”


Did you watch last night's episode? Thoughts?
Did you read season 8 leaks? (use spoiler tags for this) 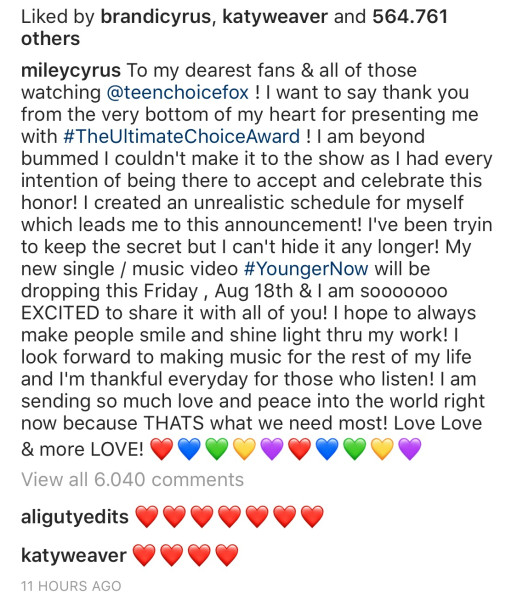 Did you know Emma Stone is going to be in a Netflix series?! Her new show #Maniac just started filming! https://t.co/M7TpRXkacX

.@IAmCardiB is the first female rapper to reach the top 10 w/ a debut entry on the chart since Iggy Azalea's "Fancy" https://t.co/rpMITqorkH pic.twitter.com/ABhh3YnyI1

+"Bodak Yellow" is the fastest climb to the Top 10 from a debut since "All About That Bass."

Get that money, Shannon.

+ Michael Sheen and David Tennant have been cast in the lead roles in the Amazon series adaptation of Neil Gaiman and Terry Pratchett’s “Good Omens”.
+ The show is set in 2018 on the brink of an apocalypse as humanity prepares for a final judgment. But Aziraphale, a somewhat fussy angel, and Crowley, a demon, aren’t enthusiastic about the end of the world, and can’t seem to find the Antichrist. Sheen will play the role of Aziraphale, while Tennant will play Crowley. It will consist of six one-hour episodes.

Onew is charged for touching a specific part of a woman’s body three times while drunk at a club. The woman (hereafter referred to as A) was dancing on a platform 30 centimeters from the ground, while Onew was sitting on a chair next to the platform.

Onew was arrested and investigated for five hours before being released. During the investigation he claimed that he does not remember as he was intoxicated.

So, since we've established many times that we're trash, let's be trash together and watch this mess. Don't forget to shower afterwards!

“What bothers me most is it’s always here to show the supremacy of America and how they are great. I mean, which country in the world would have the guts to call a film Captain Brazil or Captain France? I mean, no one! We would be like so ashamed and say, ‘No, no, come on, we can’t do that.’ They can. They can call it Captain America and everybody think it’s normal. I’m not here for propaganda, I’m here to tell a story.”

- Besson believes Captain America to be nothing more than pro-U.S. propaganda

ONTD, what would you do with a billion dollars?

The Killers officially announced via Twitter the upcoming music video for second single "Run For Cover" off of their upcoming fifth studio album, 'Wonderful Wonderful.' The clip was directed by Tarik Mikou and will star Tom Hughes Lariviere and Galadrielle D'Amico. According to a post on Instagram by nobody Jake Hunter, who allegedly stars as a boxer in the clip, the music video will debut on Saturday, August 26th 2017 during The McGregor-Mayweather fight on Showtime. If true, this leads to speculation that with this music video being a boxing themed video...could this clip lead into album cut "Tyson VS Douglas" as a third single and its music video? We shall see as we inch closer to the album's release date.

only music Legends get this kind of world premiere treatment tbh.

ONTD, what's your favorite music video by The Killers and/or solo BFlow?

Someone is a little pressed and bitter...

Slut shamming while cheating on your boyfriend on live television... slay, I guess!
Source

Crew was filming a stunt sequence involving a motorcycle at Jack Poole Plaza. The stunt person lost control of the vehicle, which drove off set and through the window of Shaw Tower across the street.