We're thrilled to welcome @Louis_Tomlinson to the Epic family! 🎉🎊 pic.twitter.com/SJR5IYAKlO

Epic Records recently announced they signed a deal with Louis, so he is getting an actual album (and possibly more). His collab with Bebe Rexha will premiere on July 21st, same date with Harry's debut in Dunkirk.

( Collapse )
With Management gone as one of their main excuses Larries didn't hesitate to dig deep and expose his new label though,

Will it ever end ?

HBO’s “Tour de Pharmacy” is a triumph of crass comedy and A-list cameos in under 40 minutes https://t.co/6eNqsUy0xT


Tour de Pharmacy is about a fictional 1982 Tour de France, during which almost all the cyclists were disqualified for doping. The cyclists are interviewed in the present about the tour. The cast is full of famous people. The critics are all praising the mockumentary, it has 92% on rottentomatoes.


Did you watch the movie? Thoughts? 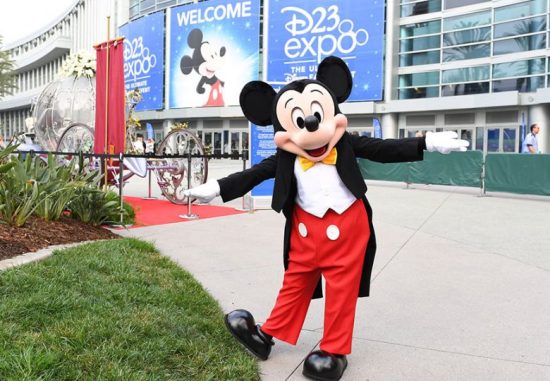 While a lot of news from the last 2 days of D23 has been posted, here is some other.

- Mulan is in pre-production and release date has been pushed to 2019.
- The Nutcracker and the Four Realms will takeover Mulan's November 2, 2018 release date.
- Live-Action/CGI remake of Dumbo will be released on March 29, 2019. Production just started in London
- Hugh Jackman is rumored to voice Scar in The Lion King CGI remake.
( Collapse )

what do u post when u want attention, ontd?

-Though he initially imagined the series as a child, he started writing these during the Glee concert tours
-His grandma was his first editor when he was a kid wherein she'd crumple drafts she didn't like right in front of his eyes
-The series is highly popular with kids, has been going on for five years, and each entry has made the NYT Bestsellers list
-The series is about a pair of twins who get sucked into a book that's a land of fairy tales (he talks about the original, darker variations)
-He is currently going on tour to promote the final book in his "Land of Stories" series which hit shelves last Tuesday
-It's getting a movie adaptation, and he's writing and directing it

The Kardashian family's only response to Blac Chyna has been pointing to her signed NDA https://t.co/iu1qH2lP71 pic.twitter.com/NZxMbASf08

- When asked for comment on Blac Chyna's recent allegations about Rob, Kim "simply sent over a copy of the non-disclosure agreement that Chyna signed to appear on Keeping Up with the Kardashians and Rob & Chyna"
- The NDA, dated June 2016, "explicitly forbids the person signing it from discussing a myriad of details about the family members in question, starting with Kris Jenner and ending with Caitlyn"

Two days ago, shortly after noon, Demi Lovato sent a tweet out to her longtime friend, Selena Gomez:

Yes we have 😊 -just listening to Sorry Not Sorry! You slay as always. So happy for you!

We'll see how long this lasts, but nice to see the two acknowledging each other once again. And it's also nice seeing Demi continuing to use social media positively. I say this because just a few days before the release of her new single "Sorry, Not Sorry," she sent out a heartfelt message to her fans.


ONTD, what did you wear for your wedding? Do you have a fantasy wedding outfit?
Earlier this week the band tweeted this:

In a blog post on their website, the band says the long-gestated film is finally underway, with pre-production starting next week and principal photography starting in september. In a great move the internet is sure to appreciate Apt Pupil director Bryan Singer will be helming the film, while Mr Robot star Rami Malek will play Freddie.

Do you think this movie will be good ONTD? Are you looking forward to the We Will Rock You and Adam Lambert bits? Is that casting call finally the OP's time to shine?

LAIKA Studios is celebrating San Diego Pride at Balboa Park, in addition to holding the LAIKA Experience at the Gaslamp Quarter for Comic-Con.

We’re in Balboa Park right now, excited to support #SDPride all weekend. If you’re in San Diego, stop by to say hello! pic.twitter.com/Cw6aH8oeXO

“No Horses” out today! Garbage's profits from sales & streaming will be donated to @ICRC through the end of 2018! https://t.co/wneBKN8Q31 pic.twitter.com/g49kMTyu8R

Garbage is currently on tour with Blondie

Republican Caitlyn Jenner who has visited President Trump's White House, said that a Senate run is one of the options she's weighing while trying to decide her future in political activism.

The record is broken.

If you are anything like me you have no idea which potato face in Hollywood is supposed to pass for a heartthrob these days, so let's go back to the 90s and show the children how we used to do!

Antonio Banderas
Key hearththrob role: Desperado (1995)
The Spanish actor impressed the arthouse crowd in the 80s through his work with Almodovar, catching the eye of Madonna in particular - his hype grew after a bit in Madonna's documentary Truth Or Dare where she was filmed at a dinner party she'd conspired to meet him at, only to find out he was married. Antonio brushed up on his English and crossed over into the mainstream, but the part that maybe sent the most 90s heart a-fluttering was Desperado. The Robert Rodriguez action also gave us the glory that was 90's Salma Hayek.

Conor McGregor claimed he is not racist and is actually half black.

ONTD, do you think McGregor is racist? Did you ever think you could be more 'team no-one' until this sporting event? Will you watch the fight?

TYRESE Reveals He Has Had Meetings With WB About GREEN LANTERN Role -https://t.co/7w7nBH2LBN pic.twitter.com/YW0h4xcXct

"Yeah, I would love to do it. Ya know I had a couple of meetings at Warner about it. I just think that they're still trying to figure out what the move is. I would love to officially confirm but I can't, and if they go in a different direction, I think they know what's best for the movie, but the fans started this campaign and all I've done is made use of my social media to let folks know that I'm interested."

The aftermath of a nail competition finds Desna having hope that she can escape Uncle Daddy's grasp. Also, Jennifer struggles knowing Desna's dark secret; Polly discovers her maternal instincts; and Dean may have found his first spark of romantic love.

Did anyone else find the sex slave part uncomfortable?

With Doctor Who regenerating into a female for the first time in the shows history and causing massive outrage across the galaxy, here are other examples of popular male characters turning into female characters.

What do you think of gender swapping? Any other examples? Future swaps you hope are made?

- HBO has released the first picture of the untitled film with Al Pacino who is playing disgraced Penn State Football coach Joe Paterno
- The film is directed by Barry Levinson (Rain Man, Bugsy, The Wizard of Lies) and it centers on "Paterno’s legacy as the winningest coach in college football history, forcing him to face questions of institutional failure on behalf of the victims"

Henry was at Wimbledon

Congratulations to the cast and crew of @YoungerTV, @YoungerWriters, and @tvland on the SERIES HIGH ratings for the Season 4 Premiere! pic.twitter.com/WXUf9clmfQ

So proud of this show!

EXO continues to tease "The War" with their individual teasers
CHEN

(actual, real life caption: "rebels without a cause.")

Kansas Bowling, Troma darling, has a message for those uncomfortable with a local Los Angeles theatre screening 'Last Tango in Paris' tonight.

No word yet on if this is a ploy to campaign for a background role in Woody Allen's next film.

ONTD, do you confuse protesting with censorship, then use a film icon's recent death to grab a half-dozen more insta views?

UPDATE: Apparently, OP of the first insta pic developed shame and took Hillary's advice by deleting their account. However, screencap technology exists in the year 2017, so I've edited accordingly.
Collapse