Macklemore and his 100 year old grandma celebrate her birthday in his new music video by driving around and doing fun stuff like egging houses and playing games at an arcade and going to a thrift shop.

Happy International Kissing Day 2017! These are some of the most iconic kisses of all time .@justinbaldoni hopes to start a conversation about masculinity in society with his upcoming talk show. https://t.co/CMeJHRYqWU pic.twitter.com/vxWbCF0ASC

“I think that one of the main reasons the talk show space hasn’t previously seen an all-male show is simply because our culture has taught men that they need to be strong, confident, and stoic and that emotions are a sign of weakness. Men in our society have been socialized to suppress their feelings. We want to challenge men to open up and be okay talking to each other, and more importantly, form deep and meaningful relationships. We will probably get our fair share of negative feedback, but we think that’s a good thing.”

“This show is being created by and for men, first and foremost, but we also know that women will find it interesting to have this insight into men — and to know that not all of us want to be a part of ‘locker room’ talk."

The video for Liam's 'Chinatown' (off his upcoming album 'As You Were') is out now!

You can get the song and 'Wall of Glass' by pre-ordering the album.

ANNOUNCE// 🔊 @thekillers have announced a tour this November!

The Killers have officially announced the first round of tour dates in support of their upcoming fifth album "Wonderful Wonderful" that's due out in late September. Those who pre-order the new album get access to pre-sale tickets. Tickets for the pre-sale start Wednesday, July 12th 2017 and tickets for the general public go on sale Friday, July 14th 2017. If you haven't seen them live yet, goooooo.

fuck outta here bflow. and don't you come back until you announce the US Tour dates.

ONTD, will you be attending?

SOMETHING TO TELL YOU IS OUT WORLD WIDE 🌎 https://t.co/wX2UDGqbt4 pic.twitter.com/1Rbo1QdzSa

( Collapse )
source 1 2 3 4
IA with the general consensus that it's not as good as their debut but it's still pretty great. I'm bopping

Grammy nominated vocal legend Demi Lovato revealed the title for her upcoming single on Twitter this morning. "SORRY NOT SORRY" will be released on Tuesday the 11th of July, exclusively to Amazon Music on Prime Day! 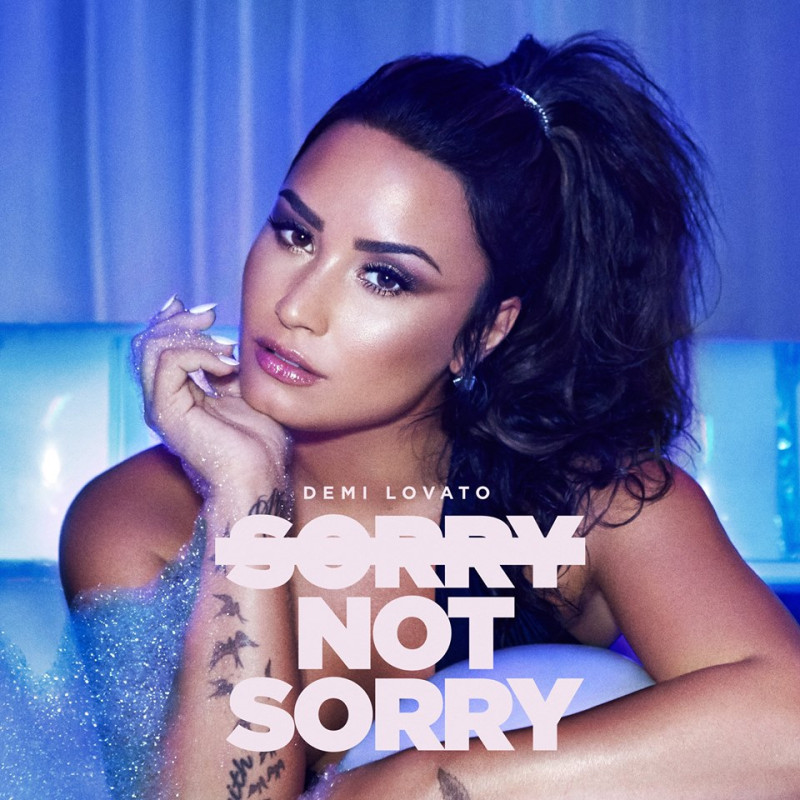 The debut feature of acclaimed video essayist Kogonada, "Columbus," a film about a man visiting his dying father and a young architecture enthusiast who make an unlikely connection, opened to universal acclaim at Sundance earlier this year and won the Malta film festival's top prize last month. Called one of the greatest indie debuts of the year, it's going to ROCK your WORLD.

Fight your way through the mob to get a seat, ONTD!

Her hair was dyed to match her Chanel bag.

What colour is your hair?

Bella Thorne GUSHES over flowers & love letter she got from Scott Disick https://t.co/qTCkHqZ0U3

-Bella Thorne has been taking to Snapchat to share photos of the flowers and notes that Scott Disick has been giving her lately.
- "Congrats on the new song," his love letter read. He signed it, "Love, Scott."
-Scott congratulated her on her new song "Just Call" with Prince Fox, out now!
-The two have been dating on-and-off since partying together in Cannes back in May.
-Scott has been spotted making out with several other models since.
-Bella Thorne was spotted with ex Gregg Sulkin on the Fourth of July weekend. But, he's reportedly dating someone new.

ONTD, would you willingly date a fuckboy?

Cher pretty much covered everything but basically Tramp met Putin, Putin denied hacking us and Tramp "believes him". Tillerson said they hit it off right away.

[ONE POS MEETS ANOTHER POS]

Tillerson and his phony, folksy Texas crap that hack issue is something "we're unhappy about."

The US can never restore itself until these people are gone.

Russia is attacking us as a nation not just the democrats. The Republicans don't seem to realize it could be them next.

Not even trying to hide it. It's like he can barely contain his gratitude. https://t.co/YHcpXZ9nyX

So POTUS trusts Putin over the consensus of every US intelligence agency. So great to have someone diligently working on America's behalf. https://t.co/iepEz5u2JC

Blac Chyna's Getting a Restraining Order Against Rob Kardashian https://t.co/UkIavxIVJJ

The AAA Girls, Rupaul's Drag Race alums Willam, Alaska Thunderfuck and Courtney Act, have launched their debut EP Access All Area today! In celebration, they have released a new music video for the song A Lacefront Like This.

I am dying. Heather? and Dear Uber Driver are the standouts.

He sticks with the new colour scheme of pale pinks, that the rest of them have been using too and delivers some kind of 90s fashion realness. The video was shot in both in LA and Doncaster (where he grew up).

source.
you can't really tell anything from the clip imo, but the 1D fandom is already starting to tear itself apart over all of them doing stuff simultaneously so I'm here for it.

Two men were having an argument, the victim said "You're just a trick." and walked away. The assailant followed him, threw him to the ground, and put him in a headlock. The victim pulled out a knife, when the assailant reached for it, but in the end, settled for leaving the scene.

Maybe pointlessly, the article points out that the fight was started "out of frustration".

The movieweb write-up is actually pretty funny. Sure these people aren't famous, but have you ever thrown hands with someone on the opposite side of Sci-Fi Stanning?

I just want to talk about the new season of Next Class! What did you guys think, ONTD?

In a preview for Ed Sheeran's interview with Megyn Kelly which will air this weekend, Ed is asked about the time he said he wants to sell 20 million copies of Divide, and overtake Adele's record sales.

Ed says people told him it was "such an arrogant thing to say in public" but it's important to set high goals even if you'll probably never sell 20 million records or be as good as Adele.
"If you don't aim for the top of the mountain, how are you going to get halfway?

He explains that his point doesn't come across because the quote is taken out of context and spread all over the internet because it has the word Adele in it.
"The word Adele is something no one should fuck with basically. If you put that into any sentence, prepare to be shut down."

WB is Bringing Justice League, Aquaman and Much More to Comic-Con - https://t.co/CRcdYSD0CQ pic.twitter.com/rUYBYiRsMX

Other rumors involve possibly announcing another director for The Flash, and more updates about the DCEU films in development.

My thoughts and prayers are with you during this dark time

It's a movie about couples in late 20s. It explores love and relationship problems that lead to a break up.

Did anyone watch the Reign finale?

Inspired by the classic video game series, Castlevania is a dark medieval fantasy following the last surviving member of the disgraced Belmont clan, trying to save Eastern Europe from extinction at the hand of Vlad Dracula Tepes himself.

Season 1 is out now on Netflix! Four episodes, at about 94 minutes total, it's a nice set up for the series and perhaps a fun watch for this weekend. It's also been confirmed for returning for Season 2 next year with double the episode count! Will be watching this during dinner, thought I'd submit a post for anyone else planning to catch it or have watched it all =) Can't wait to hear this voice talent!

“It’s for my mom that I’m doing it." -- Oscar Isaac on playing Hamlet https://t.co/brzaQNXPPT pic.twitter.com/UZLS9hopCE

In a new interview with the New York Times, Oscar Isaac talks about the new production of Hamlet (directed by Sam Gold) at the Public Theatre, his mother Maria Eugenia's death in February, and his first son's birth in April.
He and partner Danish documentary film maker Elvira Lind named their son 'Eugene' after Oscar's mum.. 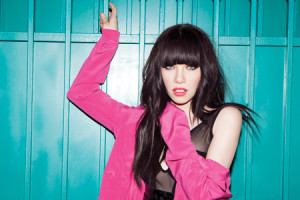 Charitable Canadian Queen of Pop Carly Rae Jepsen is playing a free show in Chicago on Tuesday, July 11th! The show is being sponsored by M&Ms. Only catch? You have to RSVP as spaces are limited. RSVP is open at random so it's probably a good idea to follow the M&Ms social media accounts to be notified of when it'll open again.

Secondly, Carly will be answering your questions during a live Facebook Q&A. Post your questions at any of the following Social Media posts including the tag #AskCarly:

Charlie Saxton has been cast as Simon, who was originally played by Iwan Rheon. Dave Foley also joins as "Bernie the driver."

The documentary is about the life and transition of NYC legend & Rupaul's Drag Race season 9 contestant, Agnes "Peppermint" Moore.
More than 100 hours of footage have already been shot, including interviews with Peppermint and celebrities such as Laverne Cox, Cazwell, Trace Lysette (Transparent), Bob the Drag Queen and others.
The original goal was of $38,000 (mainly for post-prod and distribution) and has recently reached $41,246 (and counting!)

Thank you all so so very much for contributing to @ProjectPepp 🙏🏾 We reached the initial goal we set out to reach! ❤️ pic.twitter.com/S0O6uOPv7b

source, source
ONTD, are you excited for the real Miss Congeniality Peppermint's documentary?

On the next Younger..


Liza and Kelsey reach a breaking point at a work retreat; Liza gets news that changes everything. (Air date: July 12, 2017)

Did you watch the ep this week? Where are they going with this whole Montana thing? Can they speed up the Charles hookup?

ONTD, does your current vehicle work?

-"It's more than a summer fling," the insider shared. "They are having fun and care for each other. It's early and they are taking it slow."

-The two stepped out on the town in Los Angeles Thursday night for a quick date night at Giorgio Baldi.

-She's Staying at His L.A. House

UPDATE: US Weekly says "Ben Affleck Was Seeing Lindsay Shookus While He Was Still Married to Jennifer Garner"

"Ben and Lindsay started their affair in 2015. They were not casually dating — they were having a full-blown affair,” an insider close to Garner claims to Us. "They were sleeping together, sending each other cute texts and meeting up whenever they could."
Photos at the source
US WEEKLY

Here are her first words:

- Talks about celebrating 4th of July, travelling around Europe with his family and meeting Prince Albert of Monaco
- Says that the best part about playing Dougie is that Noami Watts has all the dialogue in their scenes
- Says that Bad!Coop is a lot of fun to play

Open to: All, detailed results viewable to: All. Participants: 130

Would you still hit it, ONTD?

V Magazine teamed up with noted sexual predator and talentless photographer Terry Richardson to do a photoshoot featuring Bella Hadid and Bulgari jewellery.

Are you dead behind the eyes, ONTD?

Smallville alumna Erica Durance is set as a recurring in the CW’s Supergirl.
She’s taking over the Alura role from Laura Benanti.
Laura was unable to continue in the role due to work commitments in NY.