As it's unlike Ben Affleck to be a drunken mess, I'm sure this interview will be a shocker. Perhaps showing that creepy and predatory behaviour is a family trait, Ben frequently paws at and makes inappropriate comments about how firm Anne Marie Losique's breasts are; he goes on to show himself as even more presidential by referring to her as a "r*tard" and mimicking/mocking the disabled. There is much more to the interview but I don't feel like a rewatch.

Delivering a colorful, fun adventure that fits snugly into the MCU #SpiderManHomecoming is now #CertifiedFresh!https://t.co/NPNTFOgygA pic.twitter.com/4Yc5e3ZCVq

The movie is currently sitting at 93% on RT.

ONTD, did you expect this?

.@emrata has @EmmaWatson to thank for helping guide her ideas of sexuality and feminism. https://t.co/eMofwzmCbC

"To start saying that certain people need to have a license to be feminist is insane. Emma Watson said feminism isn’t some kind of tool to beat other women with, it’s supposed to be a freedom of choice."

"I believe in sexuality. I think it’s a wonderful thing and, if anything, I want women to understand their own sexuality outside of a patriarchal male gaze. We’re the core of sexual beings, and I think that’s something that should be celebrated rather than attacked."

mods this is a different interview than the one posted yesterday 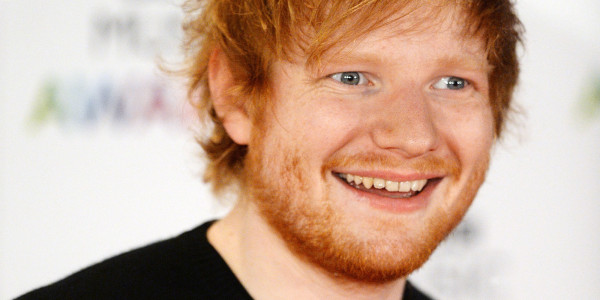 "I've actually come off Twitter completely. I can't read it. I go on it and there's nothing but people saying mean things. Twitter's a platform for that. One comment ruins your day. But that's why I've come off it. The head-f---k for me has been trying to work out why people dislike me so much."

Ed recalled one particular incident where Lady Gaga fans sent him a barrage of abuse after assuming something he had said in an interview was about her.

"Lady Gaga's fanbase read an interview in which they assumed I was talking about her and they all f---ing hate. And it wasn't anything to do with that at all. So I think Twitter gets on a massive steam roll of assuming things and then you get in the s---."

Bollywood actress Sonam Kapoor was invited to close the Ralph and Russo show at Paris Fashion Week yesterday. She modelled the Autumn Winter 2017/2018 bridal gown. Sonam is currently gearing up for Veere di Wedding, which will also be Kareena Kapoor Khan's comeback.

- Talks about the first time he left London, to Pakistan at the age of 2, to get circumcised
- Got into acting because he would be cause trouble in class, also how he got his first kiss
- Grateful for his first big break, "The Road to Guantanamo", because it let him combine his interest in social issues and politics
- The movie "E.T." makes him cry a lot; he relates to the alien


As Niall arrived in Tokyo for his promo tour, he was welcomed by a huge crowd of fans waiting to see him at the airport.

Well that was one hell of a welcome ! Haven't seen anything like that for years . Thank you Japan 🇯🇵. See you all tomorrow .

In other Niall news, he did an interview in Australia where he gave an update on his album. He said he's not sure if 'On The Loose' will be his next single because everyone's already heard it, but he's finalizing the album now and it's mostly done so it'll probably be coming out in October or November.

- Lady Gaga sang at the wedding of not one but two Russian oligarch children! The bride, Lolita Osmanova, is the daughter of Energy mogul Eldar Osmanov, and the groom was Gaspar Avdolyan, son of telecommunications king Albert Avdolyan.

Pics and performance vid after the cut.

Believe it or not before America became a dumpster fire run by an oompa loompa it was a place a lot of people around the world wanted to move to! Many of our faves were born in other countries and became citizens later in life. Here are a few of them.


Fine, this one is just for me, ok? Craig was born in Scotland and moved to the United States in the 90s to advance his career in the entertainment industry. He became a citizen in 2008, and even filmed his citizenship test and swearing in ceremony for his late night show.

Happy 4th of July ONTD Americans! Party safely and don't do anything stupid with fireworks.

Global megastar Liam Payne has revealed that his next bop will be a collaboration with Zedd! The lads were spotted filming a video last month for the song which is dropping in just a few days.

Maybe he'll actually strip that down this time. That escalated quickly! I don't like Trump, I love you, but if you don't love me you totallydon't have2follow me. Now back to rosé in a can.

Remember when Scarlett Johansson and Colin Jost got cozy and made out during an SNL after party, and then Scarlett got spotted with her lawyer on a date night a couple of weeks later? Well, it looks like she went back to Colin as the both of them "weren't shy about putting their affection for each other on display" while in Montauk, New York, on Monday July 3rd.

According to the source, they were making out on Ditch Plains Beach. Jost's brother and sister-in-law were with the pair. They were also at the Palm at the Huntting Inn in East Hampton on Friday, one day after Jost's 35th birthday. Somewhere Leslie Jones is crying rn. What do you think ONTD, will they ~last? Piers sarcastically congratulates Susanna on all the praise she got and proceeds to read out all the replies that she got from celebrities (including Don Cheadle!)

I'm dying. He is so butthurt and incredibly jealous that everyone obviously loves her and hates him.

*Old contract expired on Friday, the union had agreed to a day by day extension to continue talks.

*Tenative deal was announced this morning. It still needs to be approved by the union's board of directors and membership, both of which are expected.

*Some of the items included in the deal are increased residuals for streaming video, wage increases for each of the next three years, an increase in employer contributions to the union's pension plan, increase in funding to the union's cooperative that provides sexual harassment prevention training, safety training on sets, and animal safety monitoring

*The deal will mean the threatened actor strike will be avoided.

Céline Dion posed for a series of photos for Vogue when they followed her during fashion week.

For the LAST TIME, JOHN looks like a baby so A LOT OF BABIES LOOK LIKE HIM STOP SENDING ME JOHN BABIES

Hi @SelenaGomez You Mad As Fuck Cuz I Fucked Yo Nigga Justin When He Was Wit You .. My Ass Clapped Against His Dick .. How You Feelin ? Lol The 4th of July is when the United States celebrates its Independence Day, but we all know what the day is really about: Taylor Swift's insane fucking parties at her huge mansion. She has had the whole squad over to pose for paparazzi party, so let's take a look back at all of them. (warning: lots of images!)

Would you rather be at Taylor's party or doing whatever you're doing rn? Have a fun, safe holiday!

QUEEN of all that is good and true, Jennifer Lynn López, blessed America on its anniversary by premiering Ni Tú Ni Yo, the first single of her sophomore Spanish album Por Primera Vez!