Before the series finale, and hopefully a viewing party lead by our good sis

secretlytigress , here's a recap of everything we want to know (but there's a lot missing!!)

Source
Thank you for your help, mods!

What do you want to know, ONTD? Are you excited for Ezria's wedding? Will this be a disappointing finale? Give me all your best theories!

Lin-Manuel Miranda is challenging people to sing their favorite Hamilton song and donate to the Immigrants: We Get The Job Done Coalition - 12 charities that provide support and services to immigrants, refugees, and asylees.

Donate here and be entered to win tickets to the opening night of Hamilton in LA.

I just donated to support the Immigrants: We Get the Job Done Coalition, I challenge @justinbaldoni and @SophiaBush to do the same!#Ham4All pic.twitter.com/RMRcFfY0Zv

Camila Cabello and The Roots help Jimmy sing his favorite tweets with the hashtag #SummerSongs. Hafþór's former fiancé, Andrea, has pressed charges against Hafþór for domestic abuse. The charges include multiple incidences dating all through their relationship. Neighbours have called the police to Hafþór's house on three seperate occasions since last December. The most recent incidence happened on June 8, when Hafþór's former fiancé was forced to flee from his house by jumping from the kitchen window and seeking shelter with neighbours.


Source 1
Source2 the interview with Thelma, in Icelandic
Source 3 a recap of Thelma's interview in English
Source 4 Hafþór's facebook post

- None of them happen to be Vince Gilligan so rip our hopes
- Chris Carter, Darin Morgan, Glen Morgan, and James Wong will be back.
- New additions are: Gabe Rotter, Benjamin Van Allen, and Brad Follmer (CC's former personal assistant). The other two were writers' assistants on S9 and S10. Chris Carter has expressed "concern that new writers wouldn’t be able to match the original style of the series." rme
- The show has run for 20 years, with 201 episodes. Out of these, only 8 were written by women. Similarly, only 2 women have directed episodes for the show.
- They'll shoot this season this summer (July/August through November iirc) for an early 2018 premiere.

Today's hosts: Joy Behar, Sunny Hostin, Sara Haines, Jedediah Bila and Whoopi Goldberg
Today's 🔥 topics:
TUESDAY TUESDAY TUESDAY!!! The View talks about the mind blowing comments 45's complicit daughter shares in an interview with FOX. She says she's not a political savant and how she tries to stay out of politics. Joy says that Jared and Ivanka are not the liberal advisers of 45. They are just dead weight.

[IVANKA: I TRY TO STAY OUT OF POLITICS. WHOOPI: HOW CAN A PRESIDENTIAL ADVISER NOT TALK POLITICS?]

The last post I made about this movie was about the alleged final trailer but 2 hours ago a 4th trailer was released, also there have been some teasers like this one about a new character called "Bad Ape":

___
What do you think ONTD? do you think there have been too many teasers and trailers but (like me) you don't really care because you are excited as fuck? SOON !!

Think Progress recently completed a months long investigation over celebrity gossip site/tv show TMZ's role in the Trump administration. The results show that Trump and his team have a very close relationship with Harvey Levin, and that Levin is limiting anything anti-Trump on the site or on the show.
( Collapse )

I HIGHLY recommend everyone read the full article because it's full of really important information. It's a really fascinating and infuriating investigation.

You'll probably be angry after reading it so here are some kittens.

Harry Potter fans worldwide have been celebrating the series' 20th anniversary this past week, with many notable individuals acknowledging the impact that the series has had on our current generation. While speaking at the American Library Associaton conference in Chicago, Hillary Clinton cited a study which says that children who read J.K. Rowling's Harry Potter series were more compassionate toward immigrants, refugees, and members of the LGBT community. She went on to say that books like Harry Potter encourage children to dream a little bigger, since it allows kids to see themselves in the pages of a book, as well as many individuals who are unlike them.

Has reading Harry Potter made you a more compassionate person?

Keanu Reeves explains why he almost named himself Chuck Spadina and looks through some of his doppelgängers found on keanuisimmortal.com.

- Sonequa's character is the first human to attend the Vulcan Learning Center as a kid and then the Vulcan Science Academy
- Is close to Sarek and Amanda (Spock's parents), although there is some conflict there
- Has served for 7 years on the U.S.S. Shenzhou under Captain Philipa Georgiou (Michelle Yeoh)
- The show will have some conflicts between crew-members, breaking an old rule Roddenberry created against that
- Premieres on September 24

"The Girl With The Dragon Tattoo" star Michael Nyqvist has died after a battle with lung cancer. https://t.co/r59GNc02Sg pic.twitter.com/0OgapaEw8J

- Best known for the original Girl With The Dragon Tattoo, John Wick, and Ghost Protocol, actor Michael Nyqvist has died from lung cancer.

- His family's statement: "Michael's joy and passion were infectious to those who knew and loved him. His charm and charisma were undeniable, and his love for the arts was felt by all who had the pleasure of working with him."

Austin Ames is back! Chad Michael Murray stopped by a prom at the Children's Hospital of Orange County in California. The 35-year-old actor dusted off his old costume from the hit 2004 film and took his wife, actress Sarah Roemer to her first prom ever.the two got all dressed Hospital's Alice in Wonderland-themed prom.

ONTD, you ever fucked in public places?

Zillow is threatening to sue a blogger for using its photos for parody https://t.co/WGLfoYcvhv pic.twitter.com/wCMeGStcMI

McMansion Hell is (was?) a blog making fun of McMansions (duh)

the blog is down for now

Who will emerge victorious and hew will be left stranded in the wilderness?

2 hour finale and then Freeform will have wrap party interview thing.

Mimi is having an interesting time in Israel rn as the local interviewers have sought answers about President Netanyahu's family getting free tickets to her show and her ex James Packer allegedely giving him presents. Her response? In typical MC fashion she says "I don't really pay attention to politics dahling!".

So many questions! Chief among them: is that just how Lohan thinks the word "premium" is spelled? 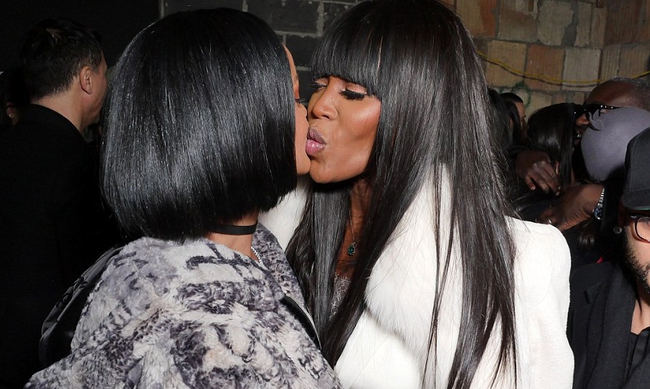 In a matter of a couple of hours, the Navy has managed to identify the new man Rihanna was spotted macking on in Spain.

To everyone's surprise, the man is rumored to be the same man Naomi was romantically linked with last year.

So is he why Rihanna and Naomi have beef now? 🤔 pic.twitter.com/sVFmfHkPAv

ONTD, do you think this is why Naomi and Rihanna don't fuck with each other anymore? *Serial Season 3 will not be true crime. Ira Glass says, "Season three takes on something huge and different with characters and narrative but very different from the first two seasons.”.

*On that topic, Adnan Syed will receive a new trial and is asking to be released from prison as he awaits the retrial.

*Two men have been indicted for the murder of Tara Grinstead. Grinstead was a teacher and beauty queen from Georgia who vanished in 2005. Though the podcast Up and Vanished led to increased public interest, it did not contribute to solving the case. Police received a tip that led them to two of Grinstead's former students, who burglarized, strangled, and burned her.

*But a Swedish podcast did help free a man wrongly convicted of murder and imprisoned for 13 years.

*Brendan Dassey's prison release has been blocked, AGAIN. A federal judge overturned Dassey's conviction in August 2016, finding his confession was coerced. He has remained in jail while the state of WI appeals his release.

*A young Chinese scholar's disappearance is shaking up the University of Illinois Urbana-Champain. Yingying Zhang vanished in broad daylight without a trace... the college campus is terrified and bewildered.

*Johnny Depp is in talks to star as James Renner, a man who became obsessed with the disappearance of Maura Murray. A true crime TV series called True Crime Addict, based on his memoir, is being developed. Maura Murray was a college student who vanished and has never been found.


Do people become too obsessed with true crime?

Lindsay's family can't make it to her birthday party so she is inviting other people to celebrate the day with her in Mykonos like Britney, Paris, and Beyonce.

Who should she invite to her birthday?

.@AustinMahone's "Dirty Work" is a belated smash in Japan thanks to a comedy routine: https://t.co/S2U64uHT6w pic.twitter.com/MRyHzJd6ou

Popular Japanese comedienne Blouson Chiemi assembled a career woman parody of a Austin M's 2015 sleeper hit Dirty Work, with lines like "Men are like gum. Once they lose their flavor, you just get a new piece." The video is so popular it has boosted the song to the top of the local charts, dethorning Ed Sheeran’s Shape Of You.

The up and coming superstar is currently on a nearly sold-out tour across the US, and heading for Japan soon.

Great letter written by @RealRonHoward from 1999 where he defended Jake Lloyd & The Phantom Menace against an article published in Newsweek pic.twitter.com/nmuw0klCNP

In 1999, Ron Howard wrote a letter to Newsweek in response to one of the writers repeating rumors for a buzz article in the months before Phantom Menace came out. The writer called Lloyd "Mannequin Skywalker" and just said that he couldn't act (which turned out to be true) for which Ron Howard got offended. Newsweek stuck by the writer but in the next year he ended up quitting and going back to Slate.

The letter made the rounds back in 2015, but it's become relevant again since Howard will be directing the Han Solo film.

source
how do you feel about crappy child actors receiving criticism?

F8 is out digitally today, I hope they decide to show some love to the women of the franchise on the next one. Or I just might have to say goodbye to a loved franchise. It's been a good ride & Im grateful for the opportunity the fans & studio have provided over the years... One Love