source
🦋👑 WHATS UP WITH THE RING? ITS SYMBOLIC, I AM COMMITTED TO MYSELF AND MY OWN HAPPINESS I AM MARRIED WITH ME 👑🦋💍 LADIES LOVE YOURSELF 💍🦋👑 AND YES I AM SINGLE

World of Dance premiered tonight on NBC with Jennifer Lopez, Ne-Yo and Derek Hough as judges and Jenna Dewan-Tatum as host. Now is the time to pick out your faves.

Whatever happened to that other dance show?

She made my morning 😭🌞💕@lorde pic.twitter.com/n42nLpICVy

Woke up trying to figure out if last night was a dream or real life... pic.twitter.com/IOFrEyxOT8

Danzig's Trump-ian views might just be scarier than his music: https://t.co/mKA6dwqOf7 pic.twitter.com/Yx7aeGJrbd

◘ Glenn Danzig, 61, former lead singer of the Misfits, and current lead singer of Danzig gives an interview promoting his music festival (in Orange County of all places)

◘ For some reason, Danzig veers off track and starts talking about politics instead “I might be conservative on some issues, and some issues I’m really liberal”

◘ Supports T***p's travel ban “It’s really not a travel ban, when you walk into the country, we want to see who you are and what you’re doing. Well, when I go to every country right now, they look at me and they see whether I can come in or not. And I’ve been turned away from Canada and other places before. Where’s my protest? Where’s my parade?”

◘ Manages to talk about music a little bit but who cares??

*Previously, NBC announced This is Us would be moving to Thursdays in the fall.
*NBC has decided to leave This Is Us in it's Tuesday at 9pm timeslot for the fall season
*Law & Order True Crime: The Menendez Murders will move as well, to Tuesdays at 10pm.
*Superstore and The Good Place will move to Thursday in the 8-9pm hour
*Will and Grace will remain on Thursdays but move to 9PM
*Good News will go to Thursdays at 9:30 and Chicago Fire will air Thursdays at 10pm

Vanessa Hudgens Formally Announced As ‘So You Think You Can Dance’ As Judge For Season 14 https://t.co/wrWyRJpOgU pic.twitter.com/hmTXxAMRvy

Will be joining Mary Murphy and Nigel Lythgoe on the judging panel.
Paula Abdul, Jason Derulo and Maddie Ziegler from last season will not be returning as judges.

Today's hosts: Joy Behar, Sunny Hostin, Sara Haines, Jedediah Bila and Whoopi Goldberg
Today's 🔥 topics:
Chelsea Clinton graces the View during the promotion of her new children's book "She Persisted". Chelsea answers questions from the panel. She shuts down Jed as the latter asked if her mother should take accountability to be more personable. Sara brings up Clinton/Clinton 2020. She shuts down that as well. Joy brings up children's books themed to 45's administrations antics. They get her to comment further on Kathy Griffin's shenanigans and covfefe.

The panel talks about Sean Spicer's presser from yesterday. His handling of the fake news question. They also tackle Kathy Griffin's shenanigans. It was a showdown of opinions during this segment. They do talk about covfefe with a segment in regards to 45tionary.

As Ed Sheeran continues his mission of writing a song for every single musician in the world, he of course had to write a song for Camila Cabello.

He gave an interview describing the song he wrote for her. As he explains it:
“How can I describe it? You know how Beyonce came out with ‘Crazy in Love’? I mean it's like sass and big vocals." "Camila has a voice that should be really shown off.”

SOURCE
Is Camila the Beyonce of Fifth Harmony?

Despite Kathy Griffin's extremely uncharacteristic apology, the photoshoot appears to be having major effects on her career already.

Squatty Potty announced that they'll be flushing her ad campaign immediately and eliminating all ties to Kathy.

After losing her ad campaign with Squatty Potty earlier today, things are just getting worse for Kathy Griffin after her Trump photo shoot.

CNN announced that they have terminated their aggreement with Kathy to appear on New Year's Eve Live.

She's been doing the New Year's Eve Live show with Anderson Cooper since 2007.

CNN has terminated our agreement with Kathy Griffin to appear on our New Year's Eve program. 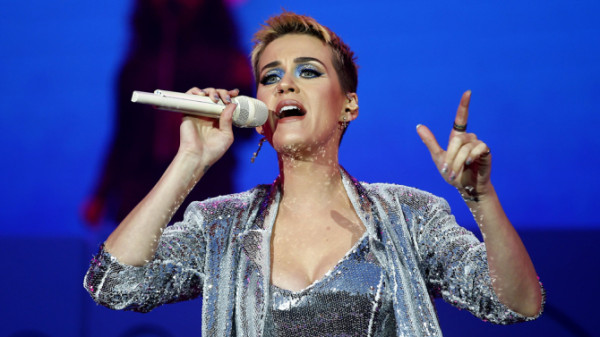 Katy Perry is officially the most followed person on Twitter with 99.2 million followers.

Despite what the numbers say, Katy does not have the most human followers – according to twitteraudit.com

The website, which works out how many of someone's followers are bots and therefore fake, reveals only 32% of Katy's followers are genuine. Although none of this is confirmed, the website reveals that a massive 88% of Taylor Swift's followers are real, the highest percentage out of the other top 10 most followed Twitter accounts.

If you subtract all of the "fake" followers, Taylor's on top with a total of 74.2 million followers, while Katy falls behind with only 31.7 million.

Patty Jenkins was signed on with Ryan Gosling to make "I Am Superman," an indie film. It has nothing to do with superheroes. The plan got scrapped when Jenkins got pregnant, but she's ready for another go with Baby Goose. The film's synopsis from IMDb:

A fighting pitbull finds itself on a strange and unexpected journey that will ultimately decide its fate.

Since it's Ryan Gosling, you know it'll be dark and/or weird.

Time to play the "how many ONTDers will read past the title?" game!

'My dad tracks my phone once a day' https://t.co/yZjWfjcoaH

It seems Lionel Richie is keeping a closer eye than many may have thought on his youngest daughter.

Sofia, who was just partying in Cannes with Scott Disick, tweeted that her dad tracks her phone once every day and she knows because she gets a notification about it.

My dad tracks my phone once a day. Awkwardly enough I get a notification every time. I think it's funny so I don't tell him I know

SOURCE
SOURCE
Is tracking your adult child's phone without their permission an invasion of privacy or is it normal parent behavior?

Source
ONTD, do you have your bug spray ready? Do you have a bug story?

I don't care, I'm here for this.
SOURCE

Earlier today it was reported that the gate of LeBron James' LA home was vandalized with racist graffiti.

It's being investigated by the police as a hate crime

He discussed his thoughts about the vandalism in a pre-Finals press conference today:

So, Donald may pull out of #ParisAgreement AND roll back ACA's birth control mandate. How's that "presidential adviser" role coming, Ivanka?

Reeling from the midnight explosion of "covfefe", 45 tweeted this morning that the United States of America will be pulling out of the Paris Agreement. A brief explanation as to what this is, it is an agreement that is under the United Nations Framework Convention on Climate Change for the purpose of dealing with greenhouse gas emissions.

The 45 administration is said to divided in regards to this matter. Ivanka and Secretary of State Rex Tillerson have advised 45 to stay in the agreement while Bannon and EPA Admin Scott Pruitt have pushed for withdrawal.

There has been backlash already. NYC will uphold the agreement even if 45 backs out.

Other breaking news, seven (lucky seven) subpoenas have been issued by the House Intelligence Committee and it includes associates of the 45 administration Michael Flynn and Michael Cohen. Ex-FBI director James "THE HOMEY" Comey is going to testify publicly about 45 before the Senate Intelligence Committee. It can be as early as next week, mark your calendars ONTD. He will not talk about the FBI investigation but instead of his interactions with 45 leading up to his firing.

Maxime Hamou has been banned from the French Open after trying to kiss a female reporter https://t.co/qRPIr8EQq8 pic.twitter.com/qYJMNNeRzX

* The French player, 21, kissed journalist Maly Thomas while holding her around her neck and shoulders, despite her efforts to duck away.

* The French Tennis Federation (FTT) condemned the "reprehensible behaviour" and ordered an investigation.

* Several anchors and commentators on the Eurosport programme laughed and clapped as it unfolded.

* Ms Thomas described the player's actions as "frankly unpleasant". "If I hadn't been live on air, I would have punched him."

- Odette will play Reign, one of the World Killers who was first introduced in The New 52s Supergirl comic series

- While the character is extremely alien looking in the comics, her appearance will be different in the show (meaning she will most likely just be another human-looking alien)

"I haven't been able to actually meet the woman involved, although I've wanted to. So there's just been a lot of unresolved issues. I never meant to hurt her. I never ever intended on showing the world this photo. And that I hope that she could forgive me. I don't expect her to forget. I don't expect her to like me. I just, I really want her forgiveness.”

"It's taught me a lot about privacy. I've lost a lot of that myself as well. We've had a lot of paparazzi involved in my family life. I had my privacy taken away after I took someone elses."

“To hide out at my mother's house at age 30 because of something I've done. It just felt really low,”

-WW has officially been certified fresh by RT

How do you feel about a woman coming to officially save the DCEU from the critics? She WW jump ship over to the MCU?

"Once you have this relationship, once you have this mental illness or this disease, it never really goes away. Your synapses are wired in a way that you will always feel this compulsion, but as you grow older and create a healthier life and go through lots of therapy, you tend to feel more empowered when it comes to making these choices."

She wrote, directed, and stars in her new movie "Feed" (it premieres on July 18.)

-She had to rush to the bathroom to change her tampon.

-But she didn’t manage to get there in time to change it and she needed a new uniform as a result.

Stranded after a tragic plane crash, two strangers must forge a connection to survive the extreme elements of a remote snow covered mountain.

On her new show today she discussed the recent fat shaming that Rihanna's had her way and she talked about a Bars**** Sports asshole who wrote an article fat shaming Rihanna...

Source
Do you think such bulls*** deserves legal punishment, ONTD?

The dick that impregnated Kourtney Kardashian has *allegedly* leaked online.

Source
ONTD, do you approve this dick's dick?

It's official: #WonderWoman has been banned in Lebanon because Gal Gadot is Israeli https://t.co/hFjhXuA48w pic.twitter.com/3tl73s9ilI

The movie was banned just two hours before its premiere in theaters because Gal Gadot is Israeli.

#WonderWoman has been banned in #Lebanon.

Because love is real, there's a baby coming, and we're i'm totally gay and in love.
Colton Haynes I proposed to his my boyfriend after he proposed to Colton me two months ago.

ONTD, are you jealous of Colton's my happiness? 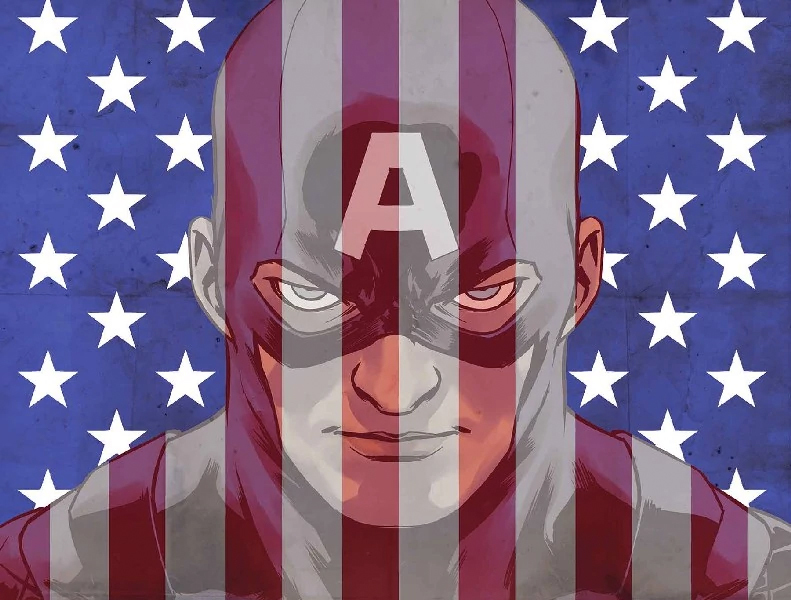 In one of this week's tie-ins to Secret Empire, another beloved character apparently fell victim to the villainous Captain America's reign of terror.

Who asked for an episode about Nick?

@theresa_may They respect you more when you show strength. Or show up. pic.twitter.com/mNXXDKL0xd

-Expertly trolling Theresa May for not showing up to the debate.