Asia Kate Dillon, who plays a gender non-binary person on the hit Showtime series Billions, has written to the Television Academy asking them to reconsider gender-specific acting awards.

Dillon, who goes by the pronouns "they" and "them," will be submitted for consideration for an Emmy Award and requested "more information from the Academy as to whether or not they use the words actor and actress to refer to assigned sex or identity."

Who was your favorite princess ONTD?

-The young super groups get a new member who seems to have ulterior motives as they take on the mercenary Deathstroke.

You can only be you. Check out the #3Generations poster and see the trailer tonight! pic.twitter.com/2Z9fOhi21O

To recap: 3 Generations is the film that was formerly About Ray. The film premiered at the 2015 Toronto Film Festival and was supposed to be released in theatres later that month. Instead it was abruptly pulled, possibly because of bad reviews, possibly because of all the negative press the writer-director got for referring to the character that Elle Fanning plays (who is a trans boy) as a girl, possibly because of Weinstein's financial woes or maybe a combo of all three.

They're slaying the game and whoever gets in their way. Watch the series premiere on June 11. #ClawsTNT pic.twitter.com/E6TYrmFvbF

As some of you know, Justin in currently working on his upcoming album with Timbaland, Pharrell and Danja.

In the past two weeks, Timbaland kept liking creepy Justney pictures and tweets from desperate fans.

Danja also posted a bunch of TBT regarding his work with Brit but I didnt want the post to be super long. something is up!

Meghan Trainor was on The Ellen Show yesterday to promote Smurfs: The Lost Village.

During the show, she revealed that her boyfriend, Spy Kids actor Daryl Sabara, learned sign language to communicate with her while she was on vocal rest from surgery.

Meghan said that Daryl learned sign language to communicate with her during her 3 months of vocal rest.

Meghan also learned how to paint with spray paint from YouTube videos during the time that she was on vocal rest, and she gave Ellen a piece of art that she had created.

What is the sweetest thing your significant other has ever done for you?

[synopsis]Samurai Jack fights to save a group of enslaved people from being harvested as the power source for a monstrous Mega-Robot
---
[Spoiler (click to open)]dat end of the promo...!! As much as I loved the Rick and Morty surprise episode, I was missing me some Samurai Jack last weekend. Loving this season so much =)

We're back this Saturday with Louis C.K. and @TheChainsmokers! #SNL pic.twitter.com/LKhSE8uY4e

Did you get your copy, ONTD? Also, hide your spoilers... 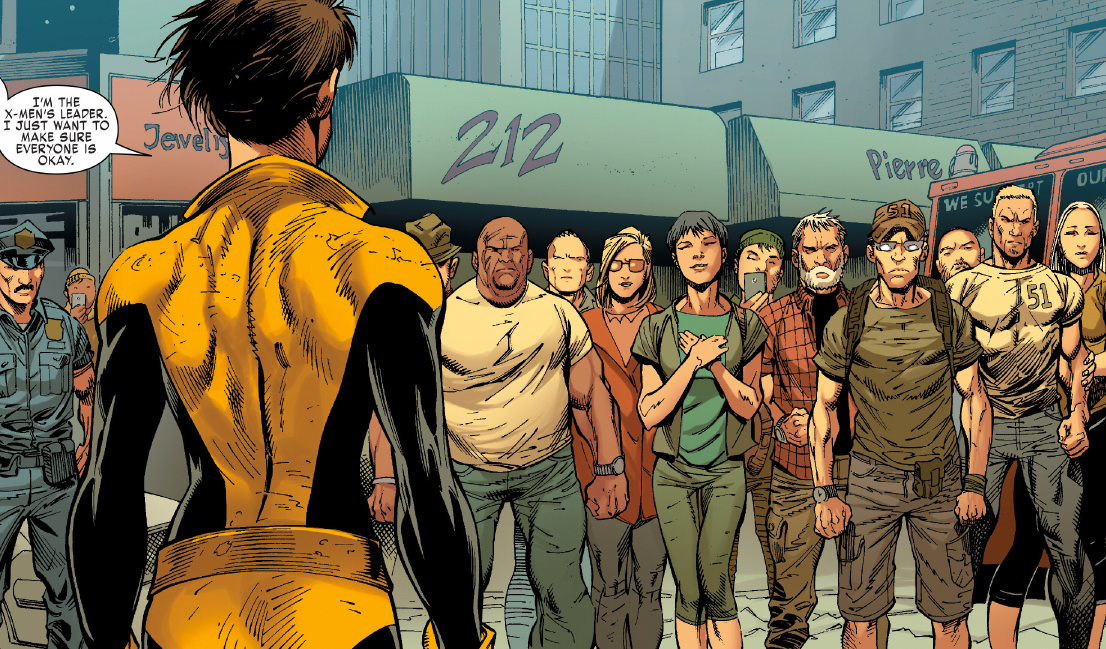 Marvel’s statement, provided to ComicBook.com, is as follows:

“The mentioned artwork in X-Men Gold #1 was inserted without knowledge behind its reported meanings. These implied references do not reflect the views of the writer, editors or anyone else at Marvel and are in direct opposition of the inclusiveness of Marvel Comics and what the X-Men have stood for since their creation. This artwork will be removed from subsequent printings, digital versions, and trade paperbacks and disciplinary action is being taken.”

Indonesian artist Ardian Syaf included references to a verse from the Qur’an stating that Muslims should not appoint Jews or Christians as their leaders, and placed the Jewish superheroine Kitty Pryde's head next to the "Jew" portion of a Jewelry sign.