Cristiano Ronaldo 'is expecting twins via an American surrogate' https://t.co/TgssZR5MK7

so beautiful.. when she hits those high notes, s0 pleasing to the ears

The police call in Holmes and Watson to consult on a homicide "heard" by a cutting edge gunshot detection system when they can't find any tangible evidence that a crime was committed. Also, Sherlock and Joan become suspicious of Shinwell when he's the target of a drive-by shooting that reveals a connection between him and an unsolved murder.

We hope you're happy. Because you won't be, ever again. #ASOUE Season 2. pic.twitter.com/MlXpqqs2dJ 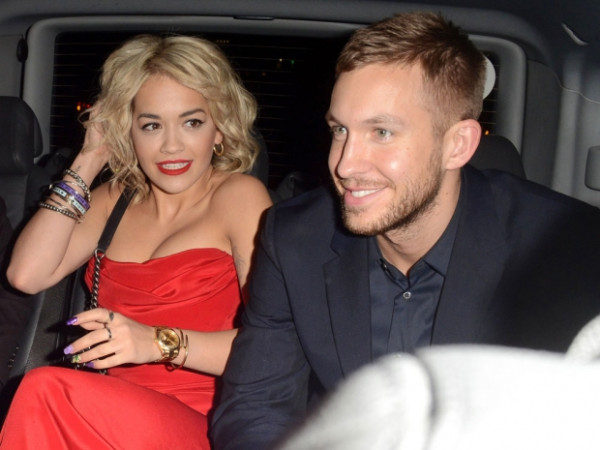 - calvin reportedly banned rita ora from performing any of their collaborated music material after their unceremonious split in 2014
- rita ora and calvin harris have now put aside their differences – with him finally allowing her to sing their songs – in particular the groundbreaking pop song, i will never let you down
- i will never let you down topped the charts and saved the music industry upon release 2 years ago

Watch an exclusive clip from the @WorkaholicsCC series finale. https://t.co/5MRsF69krd

Today's HOT topics:
U.S. Attorney for the Southern District of New York Preet Bharara's firing (Popular culture context: SHOWTIME's Billions is loosely based on Bhrarara)
Kellyanne Conway spins Assange's CIA leak as something to do with Obama wiretapping on 45
Whoopi responds to the fake news that was written about her that endangered her life
Gillian Anderson and Jennifer Nadel talk empowering women and pay equality
Is it easier to parent when divorced?

My theory that they cut down on politics while at Disney World seems true because we've got politics back on the show.

'She will most likely win,' dished an on set source.

'Dancing with the Stars' season 24 starts on March 20th


Heather is no Britanny lmao. she's not dumb downplaying her dancing abilities

- Julia Louis-Dreyfus's son Charlie Hall, a sophomore walk-on who would like someone to block his shot and say "no soup for you!", plays for Northwestern, which got its first tournament bid Sunday night.

"I'm really excited about this record, I've been working on it for about three years now, and I really took some time to think about what I wanted the sound for this album to sound like. The first one [album: Louder] was a little bit more on the pop side, and I wanted to go back and really sit and think about the music that I grew up listening to, and the women that I've been inspired by over the years; like Celine Dion, and Barbara Streisand, and Adele. And I wanted to create songs that were really just about being a vocalist. And when people say, "well, what do [the songs] sound like? And who do they sound like?" - they sound like me, and that's all I want."

"We filmed the show way before Trump’s election, and I think it’s very interesting to see how that perception, now that Trump’s in power, how it makes it very difficult to root for someone coming from white privilege, when that archetype is public enemy number one."

"Danny is a fish out of water, and you don’t really understand where he’s coming from. But I think there’s also a level of intrigue. People need to see the full series – Iron Fist doesn’t end until the last episode of Defenders. He really goes on a journey of self-discovery, and grows into the role. It’s paced out; it’s a long journey."

Natalie Portman will lead Ridley Scott's next film 'All the Money in the World' https://t.co/krXbsuVIvX pic.twitter.com/LXwerTYCdT

- it's a prequel to ONTD's fave show, The Big Bang Theory
- the kid playing young Sheldon is currently on Big Little Lies as Ziggy, Shailene Woodley's creepy kid
- Jim Parsons will narrate; Zoe Perry will play Sheldon's mother (who is currently played by Laurie Metcalfe on TBBT)
- don't know the episode count yet
- TBBT is probably getting renewed for two more years, because that's the world we live in

Last month Kylie Jenner launched her highlighter collection, Kylighter, which sold out in minutes. However, purchasers are now reporting that they have received empty packages of the $22 product.

Customer service has answered several buyers and are sending out replacement packages.

.@CamilaCabello97 is our March/April 2017 cover star! Read all about her exciting new solo journey. https://t.co/3oDaKwWQva

-After spending five years as a member of the manufactured, yet super successful pop group, Fifth Harmony, Camila Cabello is officially a solo artist. With the break, and an outspoken stance on the anti-immigration sentiments coming from our new White House (she penned a thoughtful essay on her personal experience emigrating to the U.S.), the 20-year-old Cuban and Mexican immigrant is clearly her
own woman. Whether her move will be another group-to-solo-star hit (à la Fergie) or miss (sorry Nicole Scherzinger) remains to be seen. This is a makeor-break year, but one that she seems more than ready for.


-Why did you decide to leave Fifth Harmony?
I started in the group when I was just 15. I needed to follow my heart and my artistic vision. I’m grateful for everything we had in Fifth Harmony and for [this new] opportunity. I am less focused on success and more on doing my best and pursuing my artistic vision to the fullest, wherever that takes me. Of course I also hope people will enjoy my music!

-When the show tried to reboot last season with a new host, new judges, and a whole different vibe…the ratings took quite a dip. Now, Tyra reportedly wants new host Rita Ora to leave the show.

-“There was hope that Rita would revive ANTM’s ratings” for the 23rd season, “but after a promising start, the numbers dwindled.”

-And when Tyra, who remains as the executive producer, found out about the reason behind the sliding rating could be partially Rita’s fault, as she was “sometimes unprepared,” said an insider, Tyra “was furious.”

Hailey, who has 9.4m IG followers, told the Times Magazine that mean comments on social media makes her feel anxious & depressed, saying that it affects her soul because people call her fat/ugly. She says anyone who says they don't google themselves in a liar.
She also talked about her dad's support for Donald Trump & said she would never let politics intefere with her family relationships. She says Stephen's support for Trump has waned w/everything that's going on in Trump's presidency.
She spoke a little about her religious beliefs, saying that while she doesn't believe in the devil (?? I think) she believes people can be possessed by demons. She attends bible study & avoids alcohol for religious reasons.

source
Does social media give you anxiety, ONTD? Do you let politics get in the way of your relationships? Have you ever been possessed? (A lot going on here.)

- After years of shit ratings, the MTV Movie Awards are becoming the MTV Movie and TV Awards.
- They hope to capitalize on popular shows like Game of Thrones, Stranger Things, etc.
- Last year they pre-tapped it, thinking that a decently edited version would bring people in, it didn't, so they're going back to being live.
- Airs May 7th.

The Congressional Budget Office estimates 24 mil will lose their healthcare under the GOP plan. But good news: Millionaires get tax breaks!!

In the comics, Lynn is Jefferson’s ex-wife, though the two maintain a good Relationship.
This version of the character is described as a woman “who exudes confidence and intelligence. Although she’s got a mischievous side, she’s not one to be trifled with when it comes to family.”

Meanwhile, Twitter blesses us with this on-set shot of Toby Schmitz on the beach:

When a #BehindtheScenes photo
is just as, if not more convincing as
an on camera shot. #BlackSails #BlkSailsBrethren @fallofasparrow pic.twitter.com/do93JIePFb

Crew, on a scale from 1 to Jack Rackham, how haute is your winter couture?

Searching for Neverland stars impersonator Navi, a Trinidadian who had surgery on his nose, chin and cheekbones to resemble Michael. The film, based on a book by Jackson's bodyguards, is set during the last 3 yrs of his life and will air on Lifetime. Suzanne de Passe, who worked on the 1992 Jacksons biopic and worked at Motown/guided J5 during their Motown years, is a co-producer.

We've finally reached the end our our journey, and hopefully the beginning of the end of Nick's "fame."

Ashley Graham is the latest celebrity to get in on the ASMR trend. Watch--and listen--as the supermodel whispers about cellulite, chews starbursts, and sprays whipped cream into the air.

Do you enjoy ASMR videos??

She will play Bow’s sister in an episode scheduled to air in late April.
The storyline will center on the incorrect belief that the two sisters have a lot in common.

Kristian Kostov will represent Bulgaria  in Kyiv with the song Beautiful Mess. He will be 17 in two days which makes him the first ever participant born in the 2000s.

I like it but at the same time I am disappointed it's a ballad.

Fede Alvarez is directing 'The Girl in the Spider's Web,' which will feature an entirely new cast.

Written by David Lagercrantz — who was hired after Larsson passed away in 2004 — Spider's Web follows superhacker Salander and investigative journalist Mikael Blomkvist as they find themselves at the center of a tangled web of spies, cybercriminals and corrupt governments.

Steven Knight adapted the screenplay with Alvarez and Jay Basu.

Joshua Jackson had a sexy date night with a mystery brunette: https://t.co/KsJZbZsDLT pic.twitter.com/KRXdWt5Hub

They were spotted a few days ago in the East Village, NY. No one knows who the lucky girl is, yet.


Meanwhile Diane Kruger keeps hanging out with Norman Reedus, but they keep dening any romance rumors…

Where did Jonah Hill go? https://t.co/DWS7ssrzAo

- Jonah was photographed leaving a gym in LA 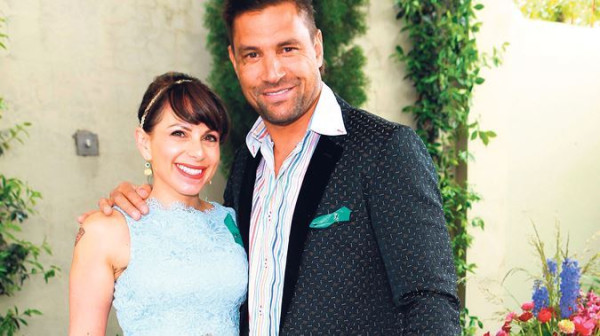 Manu Bennett ("Spartacus", "Arrow") and Karin Horen called it quits after 10 years. Manu confirmed the split but didn't want to comment about it further. They are doing their best to raise their three daughters and they remain friends. Karin said she was happy to move forward.

So Terrence Malik's new movie with a huge cast of A-list Oscar nominated actors premiered at SXSW and its pretty much a disaster.

basically most of the critics are saying :

- boring plot, not much dialogue with lots of voiceover making cheesy observations about life
- overly long and complicated for the sake of being complicated
- visually stunning mess with lots of weird camera angles like extremely wide shots of awkward sex scenes
- same old same old modern Malick
- it has a 40% on Rotten Tomatoes

do you think of any of these prestige obsessed actors actually read the script?

"Social Media and Its Discontents" - After landing tech mogul Neil Gross as a new client, the firm is tasked with figuring out a way to combat hate speech on his social media platform. Maia’s suspicions about her father grow after Uncle Jax pays an unwelcome visit. Lucca and Colin’s romance heats up. Carrie Preston and John Benjamin Hickey guest star