---
Thoughts on the premiere? The animation is as beautiful as ever =)

The surf riff of Dick Dale's "Misirlou" is the most identifiable audio segment in "Pulp Fiction". From there, you have Uma Thurman's unforgettable scene with "Girl, You'll Be a Woman Soon" and song like "You Never Can Tell" & "Son of a Preacher Man".

Did you guys enjoy this series?

Synopsis:
A talented, young getaway driver (Ansel Elgort) relies on the beat of his personal soundtrack to be the best in the game. When he meets the girl of his dreams (Lily James), Baby sees a chance to ditch his criminal life and make a clean getaway. But after being coerced into working for a crime boss (Kevin Spacey), he must face the music when a doomed heist threatens his life, love and freedom.

What did you see this weekend, ONTD?


They also revealed the exclusive Tom Savini designed Jason skin that is only available in pre-order during their panel.

Source 1 and 2
I can't wait for this to release.

Sounds like a mix of Tove Lo, Kylie and Dua Lipa ❤️

Tinashe is releasing a possibly new lead single for Joyride (yes, it is still coming) this thursday, March 16th.

Justin still early on in his 2017 Purpose stadium tour was approached by a fan and her mother recently in Melbourne who asked for a photo with him.

In the video at the source, Justin tells the fan that she's invading his privacy and says she makes him sick.

The mother of the fan told the Herald Sun that her daughter "was bawling her eyes out" and that she was "dying to meet him and then he humiliated her." The fan is still going to try and meet him at the airport before he flies out of the city to his next tour stop.

The mother of the heartbroken fan also adds that during his Melbourne show Justin's "hands were in his pockets for the first five songs and it seemed like he didn’t want to be there."

I can understand that fans are annoying but his genuine hate for them is something else. I can't imagine a POC or a woman getting away with treating their fans continuously like shit the way he does. Which side are you on ONTD?

Source: Colton's IG
Congrats to him! Anybody else getting engaged/married?

-In a recent interview while discussing BATB, Emma admitted that she finds Aslan from the Narnia movies to be "hot" and then said:

-Emma finished with admitting that she finds the Beast hotter in his beast form than when he's human:

"There’s something a bit sad about when he transforms. You’re like a bit...oh...ok, you were quite nice before. He’s hot. The beast is hot."

Principal photography for WRINKLE IN TIME wrapped last night! An epic adventure. I loved each and every minute. xo! pic.twitter.com/D3z5J6KBIz

( Collapse )What do you think?

Ed Sheeran will be on the HBO hit, #GameofThrones fans! https://t.co/Ujw3Cac5pt

Source
Trying to beat Adele in the race for an EGOT? 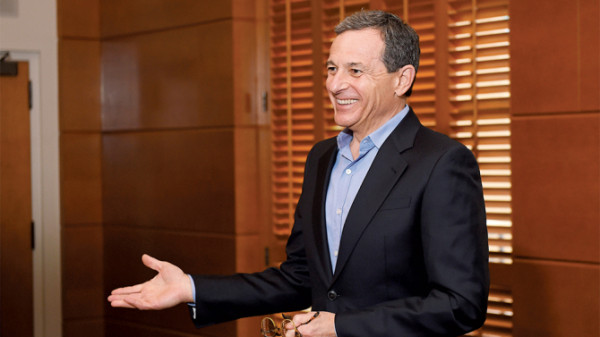 Will you boycott Disney's properties, ONTD? Which makes the most difference in the world: movies/series or politics? TYFYA!

Promotional pictures for 2X08, synopsis from the link: [Spoiler (click to open)]'Naomi tracks down signs of the protomolecule; Fred Johnson's control over the OPA collapses.' 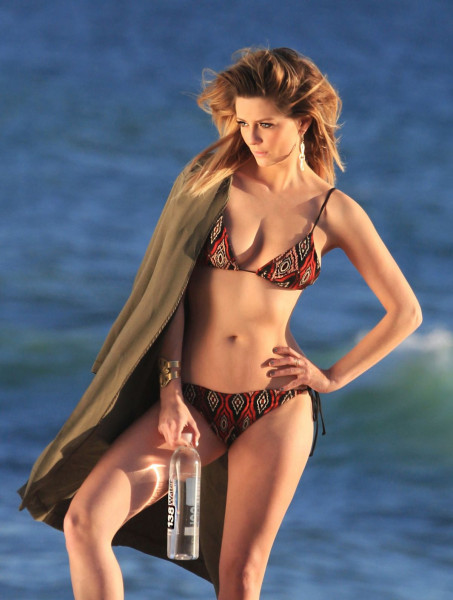 Does undressed celebrities in ads make you more willing to buy the advertised product, ONTD? How is your #beachbod going? TYFYA!

This post is brought to you by Joe and Jill Biden.

David Benioff, Dan Weiss, Sophie Turner and Maisie Williams were at the GOT SXSW panel today and here is basically the rundown:

Benioff and Weiss say they will continue to write together, but will not be part of a sequel or prequel. #GameofThrones #SXSW

Episode 1: Dave Hill
Episode 2: Bryan Cogman
The other 4: Weiss and Benioff#SXSW #GoT

mireille has grown on me, tr knight is annoying and gina torres is fantastic

Desi wants to bail on a gig that was planned for a birthday party for Marnie's mom in New Jersey. Meanwhile, Hannah turns down Adam's request to screen his film, but gets important advice from her dad and his new partner, Keith; and Elijah catches the acting bug again after helping a coworker with an audition. (airs March 19, 2017)

Yesterday, Aja Naomi King posted this on her Twitter, causing fans to speculate that perhaps she is in fact dating her How To Get Away With Murder co-star, Alfie Enoch:

Had the best time in Paris and London. Another great adventure with the people I love most in the world!!!
😘😘😘 pic.twitter.com/HB3t3cIjnF

What do you think, ONTD? Are they dating and is this Aja's cryptic way of announcing it? Or are they just good friends?

it's back! did you like ep john legend's new song? can't wait for his appearance on screen

(mods ty for your patience, idk why i just couldn't get it right even though i made another post w/o any issues. SORRY!!)

New photos have surfaced of Angelina Jolie getting another tattoo in February of last year. Brad Pitt got a tattoo of a Buddhist symbol on his stomach in the same ink as Jolie's tattoo, as a symbolic binding. (Didn't work, obviously.) The tattoos were done by The tattoo was done by a former monk named Ajarn Noo Kanpai in Thailand. He also did Angelina's tat of a huge tiger on her lower back. His tats are apparently really expensive and really popular with celebrities.

Would you get matching/coordinating tattoos?

-Revealed that she is a former alcoholic and drug user

-Has been sober for 8 years now

-Initially got sober for her family. Her brother didn't want her around his child until she got her life together.

Source
I'm glad that she got her life together. I am ready to see her on my tv again. 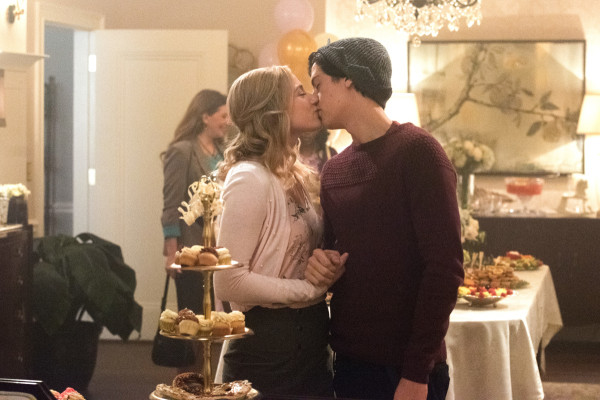 Fred and his crew are about to start construction when he loses his crew probably thanks to Clifford and his hairpiece. Archie gets his friends to pitch in and help but after[Spoiler (click to open)]Mooseis attacked, they end up in Southside Serpent territory where they probably find out about FP. With Jughead’s secret revealed, he is worried about how his friends will react. Meanwhile, Veronica and Betty throw Polly a baby shower even though she's hesitant given how shitty both Penelope and Alice are.

David Katzenberg directed the episode, and it's written by Julia Cohen. Doesn't air until March 30.

Britta Lundin, one of the writers for Riverdale, was on an episode of a podcast called Fansplaining. It's a podcast about fandom in case you couldn't tell.

-Including Lundin and showrunner Roberto Aguirre-Sacasa, 5 of the 11 writers are gay. She's tried pitching multiple lesbian storylines even it's just for a "day player", but it remains to be seen if any of her suggestions made it on the show.

-Some of the writers came from Glee (none of them being RIB obviously) and some from Degrassi. This is Lundin's first time writing for a show.

-Has not checked out any fanfiction because she's legally not allowed to. It's a thing where a fan could accuse and sue the writer of stealing their idea if it's known that the writer possibly laid eyes on their story.

Podcast source
Rest of the pictures at the other source

“Fox won’t tell us [whether the show will be renewed]. But we shot a finale where, if this was the end, the core fan base would be OK.”

“I think after this season it’s done.”

- Sebastian will play the lead, an investigator who "reluctantly teams with veterans of the 1966 Operation Abilene to convince Congress to award the Medal of Honor to a courageous Air Force medic."

-They dont want their movies to be formulaic like other superhero movies.

-While they may follow origin stories for their upcoming movies, they want each one to feel distinct from one another and for each character to live in their own world while being part of the larger DCEU.

-They decided to mix Wonder Womans past and New52 origin together.

Source
their intro for S13 got me #shook

I keep forgetting this show airs at 9pm, not 10pm so I'm watching now, but discuss amongst yourselves! Please use spoiler cuts when discussing book details for non-readers!
SOURCE

I wonder if he knows that everyone can see his likes pic.twitter.com/WoLg08VXip

+ Steve Aoiki butchers remixes the iconic theme song of the 1995 Ghost in the Shell anime, composed by Kenji Kawaii.

Can’t stop the feeling! @AnnaKendrick47 and @jtimberlake are back as Poppy and Branch in Trolls 2. In theaters April 10, 2020. pic.twitter.com/kNjkPOe7J1

Universal (which now owns Dreamworks) has set 3 animated sequels for 2020.
Trolls 2 on April 10, Minions 2 on 4th of July weekend and Sing 2 on Christmas.