How do you want it to end?

Sônia Braga: ‘The Oscars only have four spaces for best actress – one is always reserved for Meryl Streep’ https://t.co/4l8If9pHRU

Where is the lie?

Lauren Shuler Donner (Producer) shared an image today on Twitter of the cast during a table read for the pilot.

she tweeted “Cast reading of “Gifted” which implies that the show is in fact titled Gifted, perhaps even X-Men: Gifted.

It remains to be seen who Joseph Morgan is playing on the show.

Dr. Luke claims that fan, Michael Eisele, who runs the KeshaToday twitter and helped organize #FreeKesha protests, plotted with Kesha to tarnish his reputation and try get Sony to cut ties with him.

"I think that's what's so fantastic about Josh's performance is that it's so subtle. It's always like, does he idolize Gaston? Is he in love with Gaston? What's the relationship there? And I think it's incredibly subtle, to be perfectly honest. I don't want people going in this movie thinking that there's like a huge narrative there. There really isn't. It's incredibly subtle, and it's kind of a play on having the audience go, 'Is it, or is it not?' I think it's fun. I love the ambiguity there."

Thursday Billy Ray Cyrus posted a somewhat "cryptic tweet" (see above) of a photo of Miley in a white dress, commenting on her happiness. Fans have taken this as a sign that Miley and Liam Hemsworth have officially tied the knot, sending the internet into a frenzy.

Fans started flooding the comments section of the Instagram photo, and tweeting at Billy Ray, questioning whether or not the pic was from Miley and Liam’s wedding. Billy Ray went as far as retweeting fans questioning if the shot was from the pair’s nuptials.

However, in another odd move, Billy Ray tweeted the same photo, telling the public not to jump the gun.

Whoa! Don't jump the gun. Been at work #StillTheKing Glad to see so many love @MileyCyrus the same as I do #happy pic.twitter.com/a6kW20yzPG

*what is the truth oprah gif*

In response to the criticisms she has faced for her statement on trans women (see this post), Chimamanda posted this statement to her Facebook page:

"Of course trans women are part of feminism.
I do not believe that the experience of a trans woman is the same as that of a person born female. I do not believe that, say, a person who has lived in the world as a man for 30 years experiences gender in the same way as a person female since birth.
Gender matters because of socialization. And our socialization shapes how we occupy our space in the world.
To say this is not to exclude trans women from Feminism or to suggest that trans issues are not feminist issues or to diminish the violence they experience - a violence that is pure misogyny.
But simply to say that acknowledging differences and being supportive are not mutually exclusive. And that there is space in feminism for different experiences.
~CNA"

The Queen of Instagram posted photos on of herself in the studio. Her majesty left them without captions.

Criss Angel was taken to the emergency room after passing out while hanging upside down in a strait jacket.

ONTD, have you even been to the ER?

All this by the same reddit user that gives leaks.Today's spoilers are mostly on R+L=J and puke-worthy Jaime/Cersei scenes and D&D's scriptwriting.
( Collapse )

is there currently any other show on TV that's so much more elevated by the actors and directors than the writing itself ONTD?

Seems like petiness runs in the family after all! Camila's grandma (Mercedez Rodriguez) liked a "photoshoped" picture from a camixer (new hybrid of fans who stan Camila & Little Mix) with Little Mix members and Camila transporting a coffin containing Fifth Harmony.
It's not the first time someone from Camila entourage liked and retweeted tweets shading/dragging Fifth Harmony. Her manager, mom and dad all did. Before and after her departure. 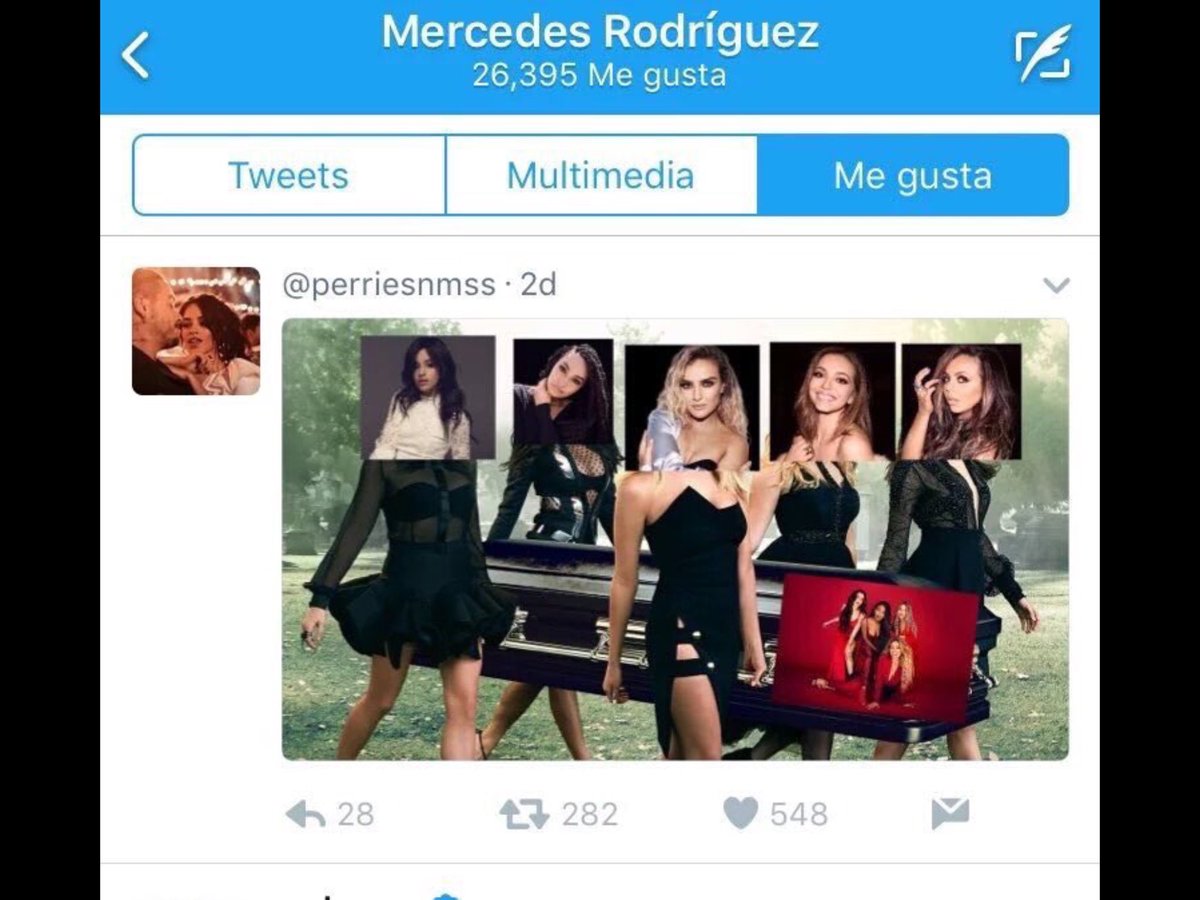 
Little Mix and Camila are expected to perform tonight at the KCAs (sharing the stage with artist such as Jacob Sartorius), while Fifth Harmony will attend and are favorite to win


this level of petiness is almost admirable. I can almost guarantee a selfie with LM & kkkamila from tonight


Noah Cyrus is making us (cry) with how good she looks on the #KCAs orange carpet. 🙌😍 pic.twitter.com/5WNqRZCSam

a recap of the finale from tvline

in case you missed it, Emma W. and Miles Teller were the original cast for LLL.

Emma W. spoke to SiriusXM on why it didn't happened:
"It's one of these frustrating things where names get attached to projects very early on as a way to kind of build anticipation or excitement for something that's coming before anything is really actually agreed or set in stone."

"I'm so thrilled that musicals are so celebrated at the moment! They seem to be back in the zeitgeist and people are kind of celebrating and loving music and singing and dancing again. I thought [La La Land] was wonderful. It's lovely."

'I may have taken him down.': What Louis Tomlinson told cops after airport brawl https://t.co/YYJJFVEGX1

-The police questioned all parties involved plus several bystanders and witnesses who saw the entire thing.

-Witnesses say that after Louis fell he grabbed the paps leg and pulled, which caused him to fall as well (this was just out of frame in that radaronline vid, apparently). When police asked Louis if he purposely tripped the pap, he said "...I may have taken him down, I'm not sure, but I remember we both fell to the ground." (nnn)

-Eleanor says that she saw a women trying to record Louis so she tried to "slap the phone" out of the woman's hand. When that didn't work she tried to "forcibly remove it from her" and that's when the fight began. (O_o)

-Ana Becerra Herrera (the woman who's listed as a victim in the report, btw) says she was still trying to get her phone back when Louis threw her to the ground and punched her.

-Louis says he only remembers pushing Herrera away from Eleanor but police did notice "fresh abrasions" on his knuckles. (yike!)

-2 of the witnesses (Starbucks employees) backed Herrera's story, saying that Eleanor "punched" Herrera first...while one witness backed Louis' account, saying that he only acted in defense of his girlfriend who was being attacked by Herrera at the time of his intervention.

-Herrara's wife was also a witness/caught up in the fray, but Eleanor said it was only Herrara who "punched and kicked" her. (hmm)

-The entire fiasco was captured on American Airlines security cams but has not yet been reviewed for some odd reason.

welp, that explains why the women weren't arrested. do you think louis was still justified in (allegedly) punching this woman like most of his stans do? is it ever ok for a man to hit a woman, ontd?

The real MVP behind these records and hits @partynextdoor . 🦉. pic.twitter.com/KbzbU2uXSL

People were saying that Nicki Minaj's new song "Regret in Your Tears" sounded like a PartyNextDoor song and that he probably wrote it. PartyNextDoor liked tweets about him ghostwriting the song. Nicki said that he has never heard the song in his life and had nothing to do with it.
( Collapse )
Source: Twitter 1, Twitter 2,Twitter 3, Instagram

Tamara Duarte joins the cast for S2 and was at ClexaCon with Emily Andras, Katherine Barrell and Dominique Provost-Chalkley, though Andras wouldn't reveal anything about her character.

[Spoiler (click to open)]
* After the show was nominated for a GLAAD Media award last year, Andras tweeted that she was going to “make things gayer” in Season 2. When asked at the panel just how gay they were now that most of Season 2 has been written, she joking asked the crowd “How gay do you want it to be?” After a resounding set of cheers and applause, Andras added that “it can always get gayer.”

* You'll get more about Nicole's backstory and she may not have the same sunny disposition- things this season get a little more frustrating, a little more upsetting for her. Katherine Barrell got a haircut for S2 because she wanted her character to be sexier and be able to let her hair down a bit. Katherine is shooting a scene wit Melanie (Wynonna) and it's one of the favorite scenes this season that she's read, she loves working with Melanie. Wynonna will be very protective of Waverly when it comes to WayHaught, isn't sure if anything is good enough to date Waverly, while Nicole may have some opinions about Wynonna too.

* Waverly has an insane season, every week is like ‘what’s Dominique’s special skill this episode?’ Dominique has many talents which she gets to showcase this season.

* Even though Doc is old fashioned, he’s not easily shocked or offended, he's a ‘love is love’ kind of a guy. He has some really fun relationships this year with people that are unexpected.


Did you guys miss this gem of a show? Excited for it to come back sometime in Summer 2017?

fifthharmony.com, the official site for girl group, Fifth Harmony, has been hacked by someone who loves the font comic sans.

ONTD, have you ever been hacked?

Louis Tomlinson and Steve Aoki released the music video for their colaboration this week. (Don't worry ONTD, Louis isn't in it.)

[Steve also tweeted his support after the LAX/paparazo-debacle]

U can still do your job without having to put your camera literally in someone's face.

It's pretty much your run-of-the-mill EDM video, but if you need something to cheer you up and make you feel better about yourself AND wanna know how a video about an interracial couple partying all over the world and getting married is proof that Larry is still real in 2017 here you go: 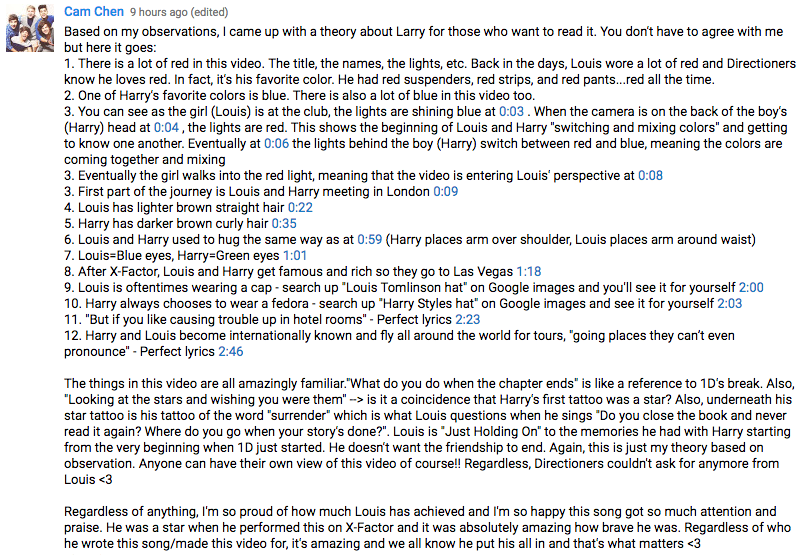 source: I, II, III,
has anyone in a boyband ever comunicated with you through clothes and colour-schemes to let you know about their sex life, ONTD?

‘Once Upon a Time’ Zeroes On Four Cast Members For Potential Season 7 Reboot https://t.co/dsGeybXGYS pic.twitter.com/22Qksmqs5M

A potential seventh season that would reimagine the fairytale drama, focusing on four of the most popular characters on the show.
Jennifer Morrison (Emma), Lana Parrilla (Regina), Robert Carlyle (Mr. Gold) and Colin O’Donoghue (Hook) are in talks with ABC studios to renew their contracts.
Season 6 seems to be the last one for Ginnifer Goodwin (Mary), Josh Dallas (David) and Jared Gilmore (Henry). 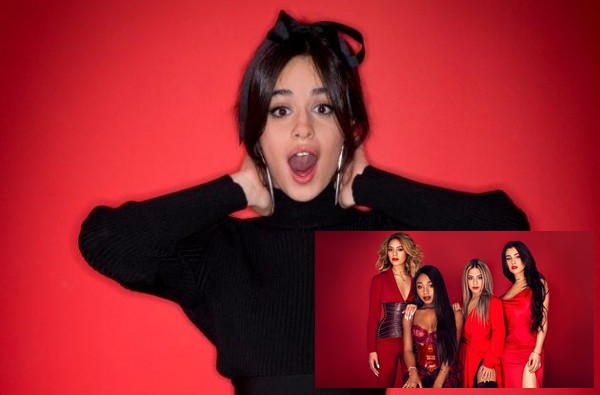 Fifth Harmony will be attending the #KCAs where they're nominated for multiple awards. Camila Cabello will also be in attendance to perform. pic.twitter.com/zPJ5kfKJDz

- karla will be performing 'bad things' with mgk at this year's kids choice awards
- fifth harmony will also be attending the prestigious award show. fifth harmony is nominated for multiple categories
- this marks their first "reunion" since splitting in late 2016