Reconsidering 'GYPSY' As an Ethnic Slur As the @DCComics Character Comes to @TheCW https://t.co/HRf4t4aoqE pic.twitter.com/pQsz6RrS9Z

Sleepy Hollow's actress Jessica Camacho is scheduled to debut as the DC Comics character Gypsy in the January 31 episode of the CW's The Flash, but for some people her arrival will come with some unwanted connotations.

The term "Gypsy" itself is for many people a derogatory word with stereotypical associations and is considered a racial slur against Romani people. 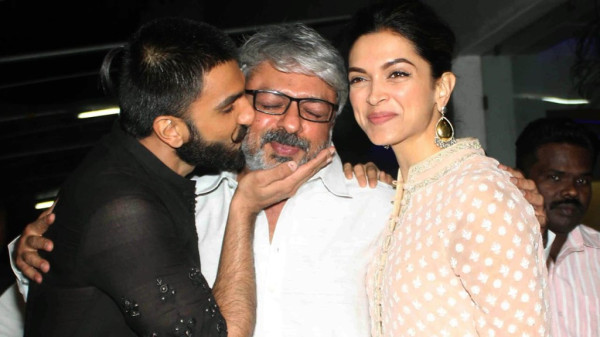 Famous director, SLB, who has directed popular movies like Ram Leela and Bajirao Mastani was attacked by members of a fringe right-wing group called Karni Sena. The attack happened on the sets of his new movie Rani Padmavati, starring Deepika Padukone, Ranveer Singh and Shahid Kapoor. The movie is supposed to be on the story of Rani Padmavati (Deepika) who was a Rajput princess coveted by Alauddin Khilji, the famous military general and ruler of Delhi Sultanate dynasty. According to the story based on Malik Mohamed Jayasi's medieval poem Padmavat, Khilji (to be played by Ranveer Singh) defeated the husband of Padmavati (Shahid Kapoor) and when they heard of the loss suffered by their king, the Rajput women led by Padmavati, to protect their honor, committed jauhar (self-immolation). However this story has been communalized by many right-wing Hindu individuals and groups and has now crossed over from fiction to fact. Karni Sena, which is supposedly a Rajput-interest group think (unfortunately they are not alone; many believe in this completely) this is real history and have vandalized the sets of the movie and attacked the filmmaker. In a video taken by one of the goons, we can see Bhansali being beaten, slapped, shoved and his hair being pulled. The reason for this attack is an unsubstantiated rumor that there is a dream sequence depicting intimate scenes between Padmavati and Alauddin Khilji which has since been denied by the production house. Supporters and members of the party claim that this scene is an insult to the memory of Padmavati and claim this is historical distortion (even though legitimate historians have denied claims of the existence of this story).

Bhansali has not filed a complaint yet and 5 people who were held for vandalism were released on bail on Saturday. He has stopped the shoot and has left Jaipur, Rajasthan where the assualt took place on Friday.
Bollywood has come to the support of SLB and the team of Rani Padmavati. Anurag Kashyap (who is getting a lot of hate right now for rightly calling out right wing Hindus), Karan Johar, Farhan Akhtar, Deepika, Priyanka Chopra, Abhishek Bachchan, Shahid Kapoor, Sidharth Malhotra, Rishi Kapoor, Shabana Azmi, Mahesh Bhatt, Alia Bhatt and Hrithik Roshan are among some of the people who have spoken out. Attaching a few tweets:

In a state of shock!deeply saddened and disheartened by yesterday's events!#Padmavati

( Collapse )
Source 1 2 3 4 5 6 7 8 9 10 11
It is not even shocking. I expect no justice to be served in this country. Repeated and emboldened attacks by various right wing Hindu outfits have been a regular feature since the election of the present ruling party which provides them impunity.

- a new song from karla has leaked online and it's going to be ontd's new jam
- the new song, titled "love incredible," will be part of producer cashmere cat's new album

are you ready for karla's full-length debut album??

Would you get a reduction?

Shia LaBoeuf: Got in two different fist fights on set, one with Tom Hardy, another with Brad Pitt

Chevy Chase: "One of the meanest men in showbiz". Got in fist fight w/ Bill Murray on SNL. Suggested a weekly segment where fellow SNL cast mate Terry Sweeney get weighed "to see if he's contracted AIDS yet" .

Mike Myers: Penelope Spheeris says he's "emotionally needy and difficult". Once stormed off set because catering didn't have any margarine out for his bagel.

Bruce Willis: Kevin Smith described him as "f***ing soul crushing" to work with on Cop Out.

@taylorswift13 honey this is not the right time to promote

She posted about the music video on her Instagram this morning too.

*36 pilots have already been ordered for 2017 season, with comedies and dramas about even and 4 shows given straight to series orders. The orders show some trends emerging.

*Appeal to Trump America: networks are ordering shows they feel will capture viewers who think we aren't being led to the end of days by a deranged Cheeto. Examples include military dramas and comedies themed around red states or political outsiders winning office.

*Appeal to people who wish they could get the hell off the planet before it explodes. Space shows are the new time travel shows, with sci-fi offerings from Fox, NBC, and CBS.

*And more of the same, family comedies, procedurals, and probably eventually 10 new shows about various departments in the city of Chicago.

*Some of the high profile reboots and spinoffs are missing from the order slate so far, so Grandma might have to wait to see that Big Bang Theory spinoff.

What new TV series are you excited to see ONTD?

-The housemates are givin letters from home but with a catch
-Only half the house are able to get letters, half the housemates get to decide who gets a letter while the other half decides who gets theirs ripped up
-Jedward is done playing nice after being targeted by nearly everyone in the house
-Jedward cause Calum to lose his cool
-Kim is reminded that she has not spent as much time in the house as everyone else during Noms
-Half of Jedward tells the house like it is while the other stays silent

Asghar Farhadi Says He Has Decided Not to Attend the Oscars https://t.co/elHUpW3FGR pic.twitter.com/FSn83ScZzJ

Chris Pronger may not be a Belieber

Justin Bieber got checked at the #NHLAllStar Celebrity Shootout

LA played host to the 2017 NHL All-Star game, which included a celebrity shootout on Saturday.

Tim Riggins about to light up the celebrity #NHLAllStar game pic.twitter.com/0xmbcvyOBX 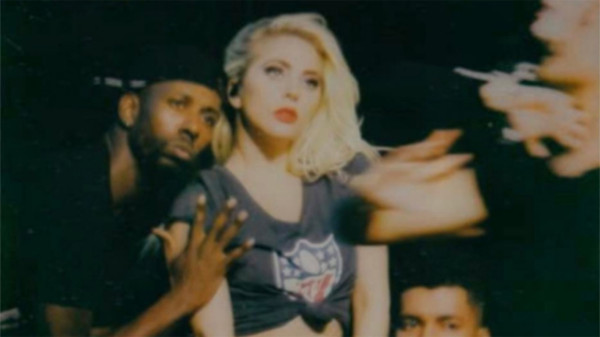 Fans need not worry, Lady Gaga has dispelled the fear of a "Joannefest" halftime performance. She says next week's Super Bowl Halftime show will span her entire career so far. She'll play enough of the early hits to remind audiences why she was once (not long ago) the brightest star in the pop galaxy.

Gaga called into Houston's Mix 62.5 station for a brief chat about the February 5th show,

"We were [rehearsing] in the tent for about a week and a half, then we had to move to bigger studios in Hollywood where we are working on the rest of the show. And then we will send that equipment to Houston where we will finish rehearsals... Fans can expect a performance that spans my career so far... I appreciate everyone that has supported me over the years and that still supports my music and my shows. I can't wait to do a great show for the world!"

The girls tweeted in excitement about the NHL All Star game just 2 hours before they were supposed to perform the national anthem there.

Shortly after they pulled out of performing due to a member falling "ill" apparently.

No further updates were given.

SourceSource
Some fans are speculating that lauren didnt want to perform the anthem due to the situation going on right now, others are deeming them unprofessional.
Do you think they're unprofessional? 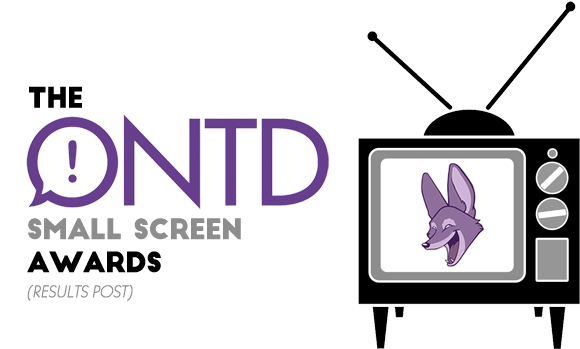 Time for the results! 👀

Liam added to his ever-growing collection of tattoos, by adding an eye to a gap in his left sleeve.

( Collapse )
He already has one matching tattoo with Cheryl - the three roses on his hand, which are supposed to be a replica of her infamous back/butt cover up tattoo.

#ByeUber I can not support a company that backs hate. Soooooooo #ByeBitch deleting my account… https://t.co/Wfvu8PGm3e

Source 1, 2 and 3
This will be updated as people arrive. The show begins at 8 PM ET on TNT. Part two can be found here

At #Sundance, @lilycollins explained how her past struggles with an eating disorder helped to inform her "To the Bone" character pic.twitter.com/OoI85KMfHW

Source 1, 2 and 3
This will be updated as people arrive. Part one can be found here

Azealia ran her mouth as usual after Rihanna spoke out about the Muslim Ban. Rihanna posted the photo below, telling her to stay away from the chickens.

''After losing her memory, a woman begins to see unexplained things after her psychiatrist suggests she visit her childhood home.''

1 HOUR until a new #MissUniverse is crowned.

LIVE at 7/6c on @FOXTV. pic.twitter.com/k6kCbdUg4y

The show starts at 7PM EST on FOX.

Mods: We have one of these every year, but I understand if it's rejected.

Digimon World: Next Order will be released in North America Tuesday, January 31st! It was already released in Europe on the 27th. The remastered localized release WILL feature an English Dub (praise HIM!) and will be available to play exclusively on the PS4.

who is your favorite?... and omg y'all better support this release if you love and want to see more Digimon localized ｡◕‿◕｡

Judge Vanessa's final judgement is in... but you're gonna have to wait until tomorrow's show to find out her verdict! #CBB #JudgementWeekend pic.twitter.com/WitBQH1H2t

-Housemates are put on trial and face their harsh realities
-BB brings in true CBB All Stars, Luisa/Saira Khan/Austin/old creepy looking guy to give it to the Housemates properly
-Nicola can't deal with the criticism and attempts to leave the BB house
-Calum is exposed as being two faced

David Harbour (plays Jim Hopper in Stranger Things) spoke for the cast of Stranger Things in an call for action speech for all celebrites to use their platform.

Mahershala was raised by a Christian mother and later converted to Islam. He is a member of the Ahmadiyya community.
----
I hope he wins the Oscar. Also, prayers to the Muslim community in Quebec right now.

Rihanna put Azealia Banks' number as her avi then changed it to her doing the kissy face 😭 i love this shade pic.twitter.com/41G7YKStti

-Azealia Banks somehow got her hands on Rih's number and texted her: "I don't have anything to do with you miss. Beyonce is already working on you. Ever think to stop and think that's why you have a drug and sex addiction?"
-Rihanna tweeted "Weirdos" with a screencap of the text
-Rihanna's number allegedy leaked too

The Kite Runner by Khaled Hosseini

About: Amir is the son of a wealthy Kabul merchant, a member of the ruling caste of Pashtuns. Hassan, his servant and constant companion, is a Hazara, a despised and impoverished caste. Their uncommon bond is torn by Amir's choice to abandon his friend amidst the increasing ethnic, religious, and political tensions of the dying years of the Afghan monarchy, wrenching them far apart. But so strong is the bond between the two boys that Amir journeys back to a distant world, to try to right past wrongs against the only true friend he ever had.

The unforgettable, heartbreaking story of the unlikely friendship between a wealthy boy and the son of his father’s servant, The Kite Runner is a beautifully crafted novel set in a country that is in the process of being destroyed. It is about the power of reading, the price of betrayal, and the possibility of redemption; and an exploration of the power of fathers over sons—their love, their sacrifices, their lies.

A sweeping story of family, love, and friendship told against the devastating backdrop of the history of Afghanistan over the last thirty years, The Kite Runner is an unusual and powerful novel that has become a beloved, one-of-a-kind classic.
( Collapse )