Tweets are in Spanish, but it is a response to the multiple reports in the Dominican Republic that Yordano Ventura was found alive, but instead of being helped, he was robbed of his valuables, including his World Series ring. The gist of the tweets is that it's outrageous to say that this happened, but if it did happen, it deserves a full investigation.

Warning to those who are going to google this story to look for the reports in Spanish: apparently a lot of these reports include an image of Ventura's body, you don't want to be surprised by that.
Sources: 1 2 3

baseball twitter and reddit has been talking about this all night. If these reports are true, it's absolutely awful. Not sure how anyone can be sure he was still alive, but it does sound as if he was robbed. I've also read conflicting reports on whether or not this was actually substance abuse related. Ken Rosenthal is tweeting that whether or not Ventura's family will receive the $20m still due to him depends on the toxicology report.

A fierce leader always fights alongside his crew. See @TomHopperhops in the final season of @BlkSails_STARZ, starting January 29. pic.twitter.com/FzXJDEg8xM

Are you ready for political agitator & usurper Billy? He got that Beard of Character Development.

This one with Inside Reel is quite nice and goes a bit more in-depth on his approach to playing Flint, his motivations etc. It’s obvious he’s smitten with Flint and the writing he got to work with.

Last but not least, have this short but awkward interview that sadly refuses to be embedded. Highlight is Toby saying Flint doesn't get the girl; that interviewer was all aboard the Flint/Eleanor train lmao. Also plugs his new project, the "Lost in space" remake.

It's so nice to see Toby smile since he rarely gets to do it on the show lmao. [Edited to fix the tweet embed.]

Roman Polanski stepped down from presiding over next month's César awards after his nomination sparked outrage, which included a petition with over 61k signatures calling for a boycott of the event.

It was said that the outrage 'profoundly saddened' the director and that he would no longer preside because of the 'unjustified' row this had caused.

Was going on Good Morning Britain, didn't realise @piersmorgan was host. Won't go on with him after his comments about #WomensMarch

Sorry to hear that @mcgregor_ewan - you should be big enough to allow people different political opinions. You're just an actor after all.

Ewan was supposed to be on Good Morning Britain, he ditched it after realizing grown baby Piers Morgan was a host - Piers Morgan not realizing his own hypocrisy, responded by saying Ewan should be able to accept other peoples political opinion (this just days after he threw a hissy fit about the women's march)

This week, Beyonce's personal choreographer came to teach the girls some dance moves. The challenge was to execute the dance moves but hit each one as if it was a pose for a photo shoot, so to model through the dance.

Paige talked about her dance background basically the whole episode, and was very confident, but did not model through the dance. Instead, it was [Spoiler (click to open)]Tatianna who won the challenge.

Then, the girls shot segments of a music video with Director X (who the OP is still mad at for not giving Little Mix the "Touch" video we deserved) while wearing G*psy Sport fashions. Stacey McKenzie was at both the challenge and the shoot to help the girls with their moves, but [Spoiler (click to open)]Marissa got an attitude with her and didn't listen to her advice, leading to a lecture from Ashley Graham at judging.

Source:
VH1.com and my eyes

Thank god they finally fixed India's hair, it looked so pretty this episode!

@TheAcademy congrats on not learning from the past!Congrats on reinforcing the BTS mistreatment of women in Hwood!Who cares rite?Go Casey!

Sad her career will suffer more than Creep Affleck.

Gina Prince-Bythewood (Shots Fired, Beyond the Lights) will be directing the Cloak & Dagger pilot.

The show will begin filming in New Orleans on February 15th and is set to premiere sometime in 2018 on Freeform.

Underground’s Joe Pokaski has been tapped as the show-runner and executive producer on the upcoming series.

Paris Jackson opens up about life in Neverland and coping with the loss of her dad, Michael Jackson https://t.co/luBbnUv4Yx pic.twitter.com/240zNAWKSx

I can't help but root for her.

Voice of a generation Lena Dunham posted a not-poem on Instagram about Donald Trump inspired by the Women's March.

Here's a screenshot of the post because she deleted it...for obvious reasons.

People disagreed with her assessment and voiced their concerns, so Lena removed the not-poem and posted the following not-poem instead:

do you think of Trump as Daddy, ontd?

Highlights:
+ Diagnosed during Week 3 of the regular NFL season

+ Had two surgeries in October and November, is now cancer-free

+ “I’m not watching any football games at home,” Andrews said. “This is [Fox’s] Super Bowl year, and I’m not missing the Super Bowl.”

+ Didn't miss any games this season and returned to work just 3 days after surgery to do a profile on Jordy Nelson, then covered the following game.

+ “Should I have been standing for a full game five days after surgery? Let’s just say the doctor didn’t recommend that,” Andrews told Kaplan.

This woman is seriously my hero. She's been through so much and is a total BAMF.

TNT has picked up The Librarians for a fourth season. The finale aired on Sunday. 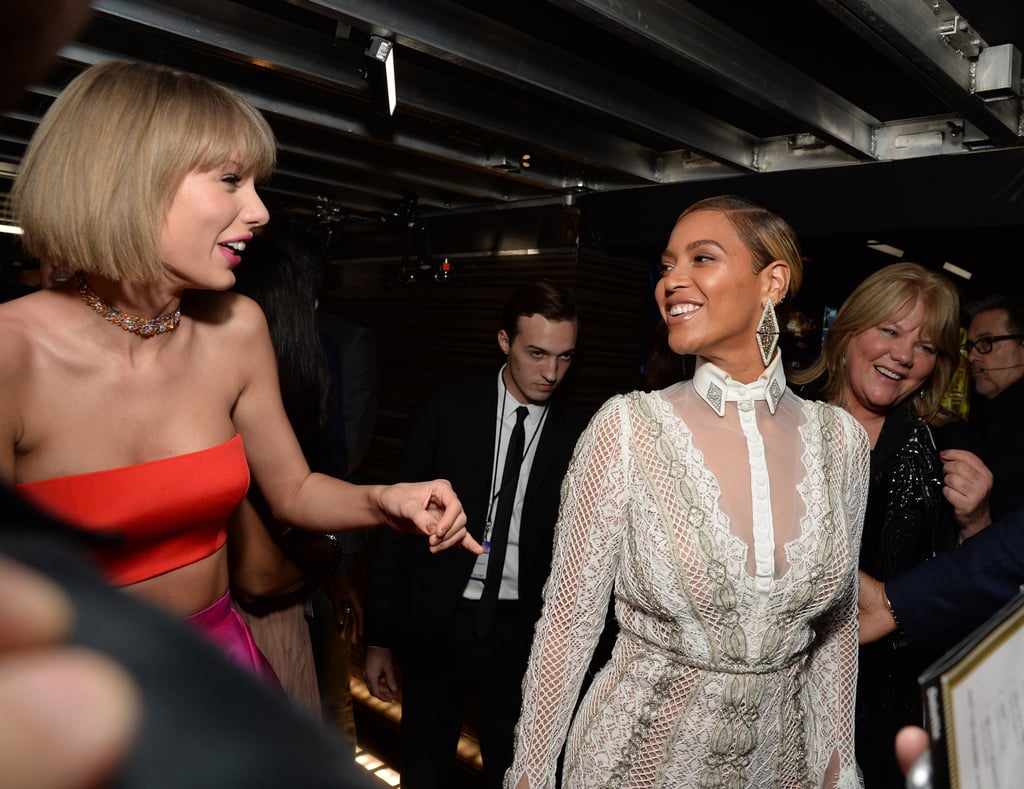 - Reflects on 2016, said it was a mess between all of the celebrity deaths and world crises - i.e. Syria.
- Wants to give back, especially since he's in a really good place with his 2016 breakout year.
- Started a fundraiser with a goal to raise $100,000 for Syrian refugees on Dec. 27
- It's now at $101,143 as of this post, but still taking donations for another week
- Article talks about the political aspects of his work, from "The Night Of" to the Swet Shop Boys album "Cashmere"


At the Farm, Owen teaches the recruits a lesson on the necessity of betrayal, with a mission of getting the Venezuelan Consul Gabriel Carrera (Javier Muñoz, “Hamilton”) to turn on his country. In the future, Alex is forced to team up with Miranda to save the hostages, while President Claire Haas has a plan to end the crisis once and for all.
( Collapse )
Source: 1, 2

ONTD, what show do you just need to quit? What is your favorite musical?

I sat down with Rolling Stone to give some insight on the first four songs from #thesearchforeverything. 🌊 https://t.co/e1acj0dBHM

-Audio when you click through the link
-New album is being released in "waves", four songs at a time
-Wanted to make as ambitious of a record possible
-Wants to "leave [this] Earth" known as a writer

I think the first set of songs are strong, but the release schedule doesn't benefit them. If this was a way to keep casual interest from petering out too early but also reward the fanbase while waiting for an unfinished album, I think it's a misstep since it really wasn't promoted... like, at all.

- As teased by Carson a few days ago. Netflix has brought back Queer Eye for the Straight Guy.
- The revival is for a new season of 8 episodes.
- Although none of the original 5 gays are onboard. Apparently it'll feature a new bunch of queer eye guys.

-Cate molds her gum into a p33n
-moved to NYC to film Ocean's Eight and star in a lesser known Chekhov play, Platonov, which has been adapted as The Present
-seems like a cool mum; takes her kids to Knicks' games

Cate looks flawless as usual. Jimmy's such a wuss when it comes to Trump jokes, though. Have any ONTDers seen The Present? Or planning to see it?

Source 1 and 2
Good luck little one, you'll need it.

@RichardBSpencer you became someone who was punched in the face

@RichardBSpencer you are literally a nazi. I don't even need to come up with a comeback. Really takes the pressure off. Thanks, nazi!

- On Periscope (recorded from "a safe space"), the Actual Nazi complained not only about his personal safety, but about being meme-ifed: "I'm afraid this is going to become the meme to end all memes. That I'm going to hate watching this."

- Chrissy Teigen came for him, and the Actual Nazi decided to reference Nelson Mandela, which did not go well

- The takeaway: Your memes hurt Actual Nazis' feelings... so meme away.

Source
Very interesting role. She's apparently involved with The Murder on the Orient Express movie, too (cancel Johnny Depp tho)

According to this source Noah Gray-Cabey (Heroes, Code Black) and Debby Ryan (Jessie, Radio Rebel) have been cast as Tyrone Johnson and Tandy Bowen, respectively.

Is this a terrible investment for Sprint? Do you believe Tidal is worth $600 million? Who's your favorite streaming service and phone provider?

[Episode Description]
DC COMICS’ GYPSY ARRIVES ON EARTH-1 – H.R.’s (Tom Cavanagh) past catches up with him when a bounty hunter with vibe powers named Gypsy (guest star Jessica Camacho) arrives in Central City to bring him back to Earth-19 to stand trial for his crime. It turns out inter-dimensional travel is illegal on their Earth. H.R. surrenders but when Barry (Grant Gustin) and Cisco (Carlos Valdes) find out that H.R.’s only hope would be to challenge Gypsy to a fight to the death, they intercede and Cisco offers to fight Gypsy instead.

He added, "“When you see the young people, like Shia LaBeouf and Miley Cyrus, and they have a lot of followers, young people are looking at them and what are they teaching? They’re teaching treason. They’re teaching going up against the government [and] not accepting the will of the people on this presidency and it’s a very sad day when I see this. I find it’s a very sad thing for me to witness what they're doing, but they have a huge amount of influence, so it’s not so good.”

Voight appeared on Fox News numerous times during the Obama administration to voice his disapproval of Obama's presidency.

We ask that you remember Q in your prayers and raise a toast to the sky in his name. RIP 🙏 pic.twitter.com/ixsULQil32

Reports say he passed away in his sleep.


"I Call Marriage" Toby throws a wrench in Kate's weight loss journey. Randall struggles to accept his father's deteriorating health. Miguel and Shelly break some devastating news to Jack and Rebecca, which makes them worry about their own relationship. Rebecca receives an amazing work opportunity. Kevin examines his romantic past.

I can't quit you pic.twitter.com/hw9eWh2t34

coming for Ashley & The Chainsmokers wigs

Kylie posted yesterday some pictures for her PUMA campaign.

is the blowup doll look giving u some #fitspiration, ontd?

Fox has officially ordered a pilot for a series in the #XMen universe from Matt Nix, Bryan Singer, and Marvel TV https://t.co/LXnW3ozGCR

Matt Nix is set to write and executive produce.

The pilot will focus on two ordinary parents who discover their children possess mutant powers. Forced to go on the run from a hostile government, the family joins up with an underground network of mutants and must fight to survive

He used to be in 'The Vampire Diaries', 'Pretty Little Liars' and 'Significant Mother', a cute show nobody watched. And yes, it's your average white boy peen.

One month ago today, Dec. 26th our amazing beautiful daughter came into this world. Feeling so grateful to have her in my arms... after years of fertility struggles I give thanks today to our kind, loving surrogate for carrying her. 🙏🏼✨🌸 @carterooster