-Caitlin FitzGerald (Masters of Sex) will play the female suitor and guys competing for her love will include a firefighter, Wall Street investor, professional ballet dancer, professional surfer
-From the main cast returning are Rachel, Chet, Quinn, Jeremy (who asked for this), Jay and Madison

We march to show our struggles are not isolated, but bound together by rainbow thread. I don't rise if you don't rise #WomensMarch

Couldn't be more proud....I am here, we are here!!! #WomensMarch pic.twitter.com/HibJJlcTTC

Are you marching today ontd?

So much love and happiness and gratitude for these creatures pic.twitter.com/GsmyvSVUci

.@A24 is making a donation to Planned Parenthood in honor of anyone who sees #20thCenturyWomen this weekend: https://t.co/FAL06RKF0S

- Cast is: Annette Bening, Greta Gerwig, Elle Fanning, Billy Crudup and Lucas Jade Zumann.
- A24, the studio behind ONTD's favorite movies, will donate a portion of this weekend sales to Planned Parenthood.
- Planned Parenthood is featured in the movie - and they released a trailer featuring Planned Parenthood President Cecile Richards.

This was for Nina Dobrev's birthday party.

Source
I still haven't seen it and I probably won't be able to in theaters. Lifesnotfair.gif

The ladies long program is on NBC at 8EST/5PST!

There have been a ton more posts and photos released since this morning, so here's Madonna, Emma Watson, Maggie Gyllenhaal, Amy Poehler, and more...

.@Madonna got in 2 F-bombs on @CNN before they cut her off: https://t.co/5XHpbPAjyg #WomensMarchOnWashington pic.twitter.com/tk8oW90eAa

Emma Watson asks for barricade to be removed so she can greet marchers. This is something you don't see every day. #WomensMarchOnWashington pic.twitter.com/Fq41r1KEOI


mods, i know there was a post this morning but a lot has happened throughout the day! 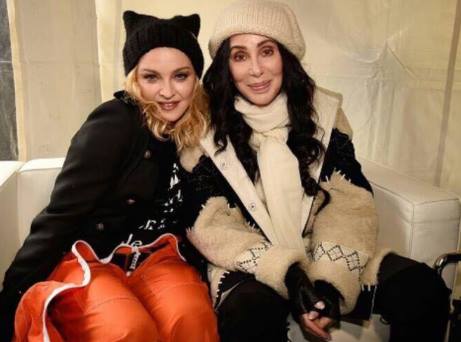 Watch Madonna's powerful speech at the #WomensMarch on Washington https://t.co/Yl6hAFeKTR

Other tidbits from the Inauguration
- Trump copied the cake from Obama's Inauguration.
- Trump and Malaria are part of the rhythmless nation because their dance as the first couple was awkward and try
- He is still scum.

Less than four hours until we're live with @azizansari and @BigSean! #SNL pic.twitter.com/euWas4PZwX 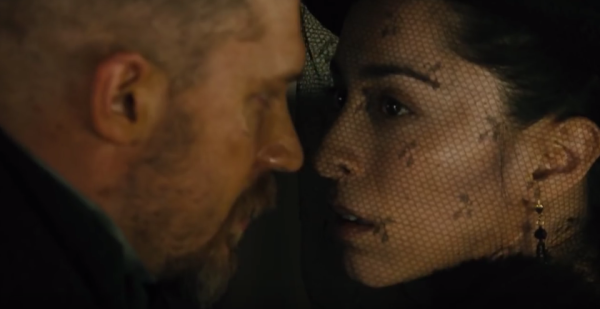 On Tom Hardy's new show, Taboo (which he wrote and produced with his father), Oona Chaplin plays his half-sister who also happens to be a love interest of his (and they may have had an incest baby together). She had an interview with Vanity Fair where talks about it.

“There’s a sexual libertarianism right now. Girls are walking around with their asses hanging out, and guys are just as much. Sex has become a very public-display type of thing, so there’s very few things that have remained taboo. Where does the taboo lie now? I think it’s in incest. [...] Until we make it normal that brothers and sisters can fuck, I think that’ll still be the only interesting aspect of sex that remains. Maybe. I don’t know. I’ve never tried it . . . yet.”
( Collapse )


source
how taboo does your sex get?

The Mountain Between Us by Charles Martin

About: On a stormy winter night, two strangers wait for a flight at the Salt Lake City airport. Ashley Knox is an attractive, successful writer, who is flying East for her much anticipated wedding. Dr. Ben Payne has just wrapped up a medical conference and is also eager to get back East for a slate of surgeries he has scheduled for the following day. When the last outgoing flight is cancelled due to a broken de-icer and a forthcoming storm, Ben finds a charter plane that can take him around the storm and drop him in Denver to catch a connection. And when the pilot says the single engine prop plane can fit one more, if barely, Ben offers the seat to Ashley knowing that she needs to get back just as urgently. And then the unthinkable happens. The pilot has a heart attack mid-flight and the plane crashes into the High Uintas Wilderness-- one of the largest stretches of harsh and remote land in the United States.