Katy Perry - The One That Got Away

What daytime co-hosts do you want to appear?

theshando: Went from morning radiation to dance with Neda @jammalibu Now shower then back into town for second radiation. Had to move to stay motivated!!! @sarahmgellar get ready... you're up!! #cancerslayer and #slayer

3 Doors Down and Toby Keith to perform at a Trump event at the Lincoln Memorial https://t.co/jlblIFpz4H

- After spinning the big wheel of semi to totally irrelevant 90s to mid 00s acts Donald Trump has managed to secure 3 Doors Down to perform at his ceremony.

Source
Since they've gone crazy will you still call them superman?

Nobody will comment on if Nina is coming back for the finale, so she may not, but yet they keep using all this old footage of Elena from prior seasons.

The necklace that Damon associates with Elena, I associate with Rebekah & Esther. The show is just kind of going in circles at this point. Stefan & Damon haven't had any character development really over the course of the show and are pretty much back at square one. Sybil was right when she told Caroline that Stefan will fall of the wagon again, because he always goes in cycles and hasn't learned a balance.

ty for your time!

Let the people rejoice!! We're getting a second season!!

Johnny Depp and Amber Heard divide assets: He gets his cars and houses, she gets the dogs https://t.co/wqxBoCH5C2 pic.twitter.com/mTmuFPL4Qz


Amber Heard and Johnny Depp's divorce was finalized yesterday and their assets were divided up.
Amber will keep a horse, two cars and the two dogs that were at the center of their Australian dog smuggling scandal.
Johnny Depp is walking away with all of his properties and 42 vehicles.
( Collapse )
SOURCE
SOURCE

- tentatively titled "searching for neverland"
- recounts the final years of his life through his two bodyguard's eyes
- michael impersonator, navi, will play him
- suzanne de passe will serve as a producer
Source: rolling stone's twitter

Here's the Tv Spot that was played during the Golden Globes a few days ago. We've all been patiently waiting to see if Emma Watson really can sing, and, well, prepare to be disappointed.

In the six-episode season two Hap Collins (played by James Purefoy) and Leonard Pine (Michael Kenneth Williams) find themselves caught in the middle of a murder mystery, one that begins with a skeleton.

Nude videos of #TeenWolf actor Cody Christian have leaked online and fans are rallying support for him: https://t.co/RkLyr1TUCr pic.twitter.com/ffbByt9MUa

A collection of videos featuring Teen Wolf star Cody Christian pleasuring himself are making the rounds on Twitter.

Catch Christian and the rest of the pack on Teen Wolf, Tuesday nights on MTV.

Attn:@realDonaldTrump @repjohnlewis is my friend, and yours, whoever you are, whether you agree with him or not. #Leadwithlove #goodtrouble

Shock & awe-dacity @realDonaldTrump comments about @repjohnlewis. That a future POTUS would utter such hatred is unconsciable! #service

Cole Sprouse reveals he fought for Jughead to be asexual in #Riverdale... & he'll keep fighting https://t.co/wxetD2N8GM

Cole Sprouse in an interview at the TCAs revealed that although Jughead will have romances with women, he fought for and will continue to fight for Jughead to be an asexual as in the comics. He leaves the possibility open by saying that season one may still be a precursor to Jughead's realization of his asexuality. However, ultimately it is in the hands of the writers of the show, to whom he trusts with the world of Riverdale.

This one shows a lot more

"Internet personality" PewDiePie recently posted a video of two performers on Fiverr, a platform where users offer to do designated tasks starting at $5, dancing and holding a sign saying "Death to All Jews," which he paid them to hold.

After many of his viewers were understandably offended, the Nordic trashbag "apologized" by claiming he wasn't antisemitic and that he didn't actually think they would do it, saying that it was just a "funny meme" and he didn't think it would work. He still gave the performers a five-star rating because they did what he asked; their page has since been removed from Fiverr.

This happened just days after he got flack for saying the n-word in another one of his videos.

Do you think genocide is a funny meme, ONTD?

... We absolutely cannot wait to be on that stage again to put on an amazing show for all you guys! 🎤🎶 the girls x #LittleMixBRITs #BRITs pic.twitter.com/hVvzD3hK0h

So so grateful🙏 you can vote ONCE every 24 hours by tweeting #BRITVIDLITTLEMIX vote opens RIGHT NOW!👀 Let's do this mixers 💪 the girls x pic.twitter.com/BMQ0MnYVkM

Have you ever made a false equivalence between bullying and calling out racism, xenophobia, homophobia & ablism ONTD?

Did the right housemates get sent to Hell? Who did you want to see condemned to a #WeekendFromHell? #CBB pic.twitter.com/Nm5P3koKDu

-The newbies are in the house and officially stirring shit up
-Everyone in hell is let loose where they decide to steal food which pisses BB off royally.
-Big Brother practically screams at James to return the food and have everyone else in hell return the food their took OR ELSE!

In an open letter, provided exclusively to TheWrap, the “Dreamgirls” star apologized to the LGBT community, saying she was “uneducated on the issues that affect every American at this crucial time in history and for causing such dismay and heartbreak to my fans.”

Source
Do you get your colons cleaned on the 1st, 2nd, or 3rd date, ONTD?

When you remember #SNL is back tonight. pic.twitter.com/CNDrcE9hR1

I saw her in Inferno and wooow. Not great.


Her voice is everything. 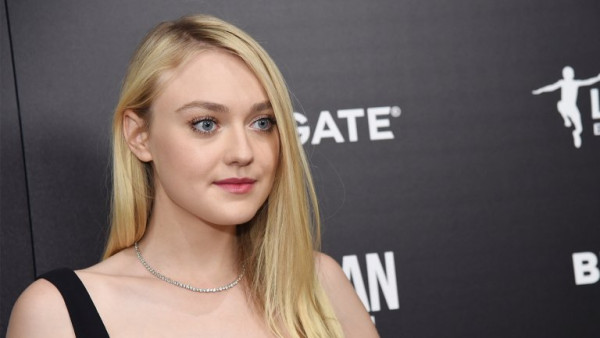 The actress will star a headstrong secretary at Police Headquarters by the name of Sara Howard. Together with characters being played by previously cast Daniel Brühl (Inglorious Bastards) and Luke Evans (The Girl on The Train), she'll investigate a series of brutal murders in New York during the Gilded Age. Production is set to begin in Budapest shortly, with plans for the series to premiere later this year.