Just Jared is currently reporting that Billie Lourd has taken custody of her mother's beloved French bulldog Gary. Allegedly Carrie had always hoped that if something happened to her Billie would take care of him and she is fulfilling her mother's wishes.

Billie has a French bulldog of her own named Tina.

Source 1 and 2
I still can't believe this is real.

AND ITS MAKEOVERS @ANTMVH1 AAAAAAAAAA!!!

List of the 25 shows people are most excited about:


Starring: Elisabeth Moss, Samira Wiley, Joseph Fiennes
Air Date: April 26 on Hulu
Official description: "Adapted from the classic novel by Margaret Atwood, The Handmaid's Tale is the story of life in the dystopia of Gilead, a totalitarian society in what was formerly the United States. Facing environmental disasters and a plunging birthrate, Gilead is ruled by a twisted fundamentalism in its militarized ‘return to traditional values'. As one of the few remaining fertile women, Offred (Elisabeth Moss) is a Handmaid in the Commander’s household, one of the caste of women forced into sexual servitude as a last desperate attempt to repopulate the world. In this terrifying society, Offred must navigate between Commanders, their cruel Wives, domestic Marthas, and her fellow Handmaids – where anyone could be a spy for Gilead – all with one goal: to survive and find the daughter that was taken from her."

"Welcome to the Big Fat Quiz of the Year 2016, where we'll be asking lots of things about a year you'd probably rather forget." 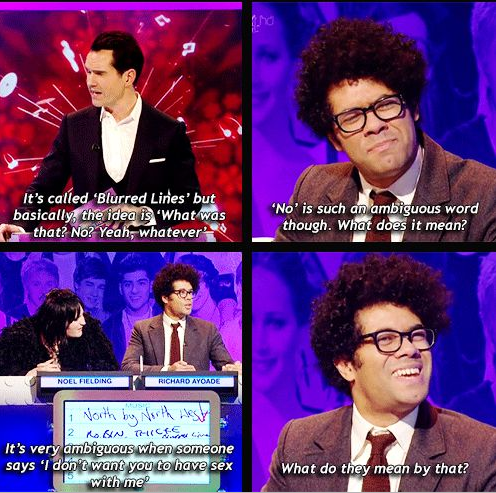 Tweet storm. I was on a plane a couple of days ago. A guy took off his jeans & lounged around in his boxers with his feet up on the wall. pic.twitter.com/CHcsWXnlNB

source
do you fly first class/take your pants off on the plane ontd?

update 1: Debbie's condition is listed from "fair to serious"

14 Shows That Alienated Their Fan Base https://t.co/rg1reSSH7Z (via @PaulDailly1992) pic.twitter.com/rd5f2Ojteq

the audio is kind of bad for a pro youtuber, tbh

In our new Cover Story, @The_xx talk about finding themselves—and their vibrant new sound—in each other https://t.co/xnn30MSAG1

Kinda long but an interesting read. They talk about


They talk about some of the songs off the new album in the context of these issues, etc.

their third album, I See You, will be released on January 13th

She died at Cedars-Sinai hospital after suffering a stroke earlier in the day. According to her son Todd Fisher, her last words were "I miss her so much, I want to be with Carrie."

How freakishly beautiful is my 83 yr-old alleged mother? She must drink bats blood & smear bugs brains on her skin. pic.twitter.com/rLi7wIjTyb

Are you excited to get a banger from AOA?
Dreamer is sooooo good

Nominated for Song of the Year this year at the Grammy's, with his hit I Took A Pill In Ibiza, singer/songwriter Mike Posner talked about the song and his album.

- Country singer Jake Owen taught him to write honestly and not make stuff up & so he wrote Ibiza on the airplane.
- He does a flawless acapella version of the song and breaks down the lyric meaning
- He's not broke (or even close)
- On how he found out he was nominated, through a phone call while he was at his house (lives with his parents) "It's quite an honor. My mom just went 'Whoo!' "My dad goes, 'You gonna be on TV?' I said, 'Yeah, I think so. Not today, though.'"

Have you checked out his new project with Blackbear, called Mansionz??