-Seems like most unexpected couple of 2016 has hit some trouble, with Charlie Puth claiming Bella never told him she was still dating Tyler Posey.

-First Bella took to twitter to share that she and Tyler were never living together while posting a #tbt of them together.

Haha yeah and me and ty never lived together... We just were always together... Rumors rumors can't always believe the media https://t.co/31QOpA0lWA

Are you messy ONTD?

The Emoji Movie unlocks the never-before-seen secret world inside your smartphone. Hidden within the messaging app is Textopolis, a bustling city where all your favorite emojis live, hoping to be selected by the phone’s user. In this world, each emoji has only one facial expression – except for Gene (T.J. Miller), an exuberant emoji who was born without a filter and is bursting with multiple expressions. Determined to become “normal” like the other emojis, Gene enlists the help of his handy best friend Hi-5 (James Corden) and the notorious code breaker emoji Jailbreak (Ilana Glazer). Together, they embark on an epic “app-venture” through the apps on the phone, each its own wild and fun world, to find the Code that will fix Gene. But when a greater danger threatens the phone, the fate of all emojis depends on these three unlikely friends who must save their world before it’s deleted forever.

Last week, Amber Heard filed court documents asking the court to ensure Johnny Depp pays his promised divorce settlements to charity, as he has missed deadlines to do so and she feels he's stalling. Also hasn't shipped her things from his island or settled his debts from the marriage (which apparently include stylist fees OP thinks he should get a refund on because YIKES @ his aesthetic).

Johnny hit back by filing for $100,000 claiming that Amber is milking the attention for her own fame and shouldn't be allowed to talk about her domestic abuse as it hurts him - in response to the video she did for #girlgaze because domestic abuse victims should think about their abusers and their reputations before sharing their stories!!!

he's still getting those roles and that disney money so what reputation has been ruined??

So excited for 2017. Taking a break from music and the spotlight.. I am not meant for this business and the media 👋🏼

Source 1, Source 2,
What stars will you miss, and what stars are you happy to see go?

1. Magda Szubanski - Reckoning
Magda Szubanski, the adored Australian Comedian and actress (Kath & Kim and Babe), just doesn't examine coming to terms with her sexuality but also her families traumatic history. Her father was part of the polish resistance in world war II. A beautifully written and dark memoir but never without Szubanski's much loved wit.

Source
ANYWAY - This is a thin excuse for a book post. What amazing queer fiction/memoirs have you read this year ONTD?

After Charlie Puth decided to tweet about Bella Thorne cheating on Tyler Posey with him, Keke Palmer clapped back at him.

Why couldn't you have just texted @bellathorne in private if you were confused? The interview is dated. So sorry Bella, ignore 😘 https://t.co/XWPD8sY7hT

@YoliisOnline Don't be a follower. Cause we both know you don't know either of them & I do.

Andrew Garfield Says He Was Passed Over For 'Prince Caspian' Because He Was "Not Handsome Enough" https://t.co/kz9L0ksmoI pic.twitter.com/VqiCG3UBuV


Andrew says he really wanted to play the character of Prince Caspian in "The Chronicles Of Narnia: Prince Caspian," but he didn’t have the right face, as he was told he wasn't handsome enough for the part.

He went on to play Eduardo Saverin in "The Social Network" instead.

Ben Barnes eventually got the part.


For whatever reason, Taylor wants the 'Carol' star to be part of her squad, but Rooney has been ignoring Taylor's 'incessant string of invitations to party,' even declined her invitation to the 4th of July bash

source
this isn't random at all.


Miles Teller and his girlfriend, Keleigh Sperry, were involved in a car accident last night when an Uber driver made an 'unsafe' left turn in front of them. TMZ reports Teller's car flipped to its side after the collision. They were not hurt.

The two Uber passengers had minor injuries. Teller showed concern over the two passengers, but had no sympathy for their driver, he was so angry he almost attacked the guy.

Miles Teller went upside down Thursday night when his truck hit another car and flipped over. For more: https://t.co/5f3fcKC7rY pic.twitter.com/6lOFeTtkRI

The bold way Tegan and Sara are supporting LGTBQ women and girls https://t.co/AT5gLTNwaS


The duo launched the 'Tegan and Sara Foundation' to support fighting for economic justice, health, and representation for LGBTQ girls and women.

The sisters who are openly gay wanted to repay the community that has supported them for their entire career.

From their website:
"Since the beginning of our career, our LGBTQ fans have supported us in innumerable ways. Our journey navigating sexism and homophobia in the music industry has always been interwoven with the stories you share with us. Your personal histories of injustice and discrimination at home, school, work, and church have inspired us to use our public status to speak out about the struggles of the LGBTQ community. "
(...)
"LGBTQ women are experiencing disproportionately high levels of poverty, health issues and inequality. LGBTQ women of color, especially transgender women often experience these issues even more severely due to racism and transphobia. Today, given the state of politics in the United States, we must continue to unite and fight for our rights and against all forms of oppression."

The Foundation also wants to increase visibility of LGTBQ women to reduce the stigma around the community, also pointing out the lack of representation of LGBTQ women in pop culture.

Do these movies from 2016 pass the Bechdel Test? https://t.co/hY7tHk9mzS pic.twitter.com/iFQSGAU91w


To pass the Bechdel test the bar is set really low: the film needs at least two female characters (with a name) who talk to each other about something other than men.

The list of 2016 films includes the highest-grossing ones (10) as well as 10 of the most buzzed about films (lists at the source). Out of those, 11 pass the test: Finding Dory, Civil War, Zooptopia, Dawn of Justice, Suicide Squad, Fantastic Beasts, Ghostbusters, Moana, Rogue One, X-Men Apocalypse, and Bad Moms.

In 13 of these films, the women portrayed are either independent women who rely on their own strength and intelligence to achieve their goals, and their well-being doesn't depend on being saved by a man.

Only 7 movies (Suicide Squad, Ghostbusters, Moana, Moonlight, Rogue One, Civil War, and Apocalypse) had women of color with speaking roles.

In all of 20 films, women were straight and cis, meaning no LGBT representation.

"itsbankhead Wait til you hear her OWN music, won't be saying she's the weakest after that!" 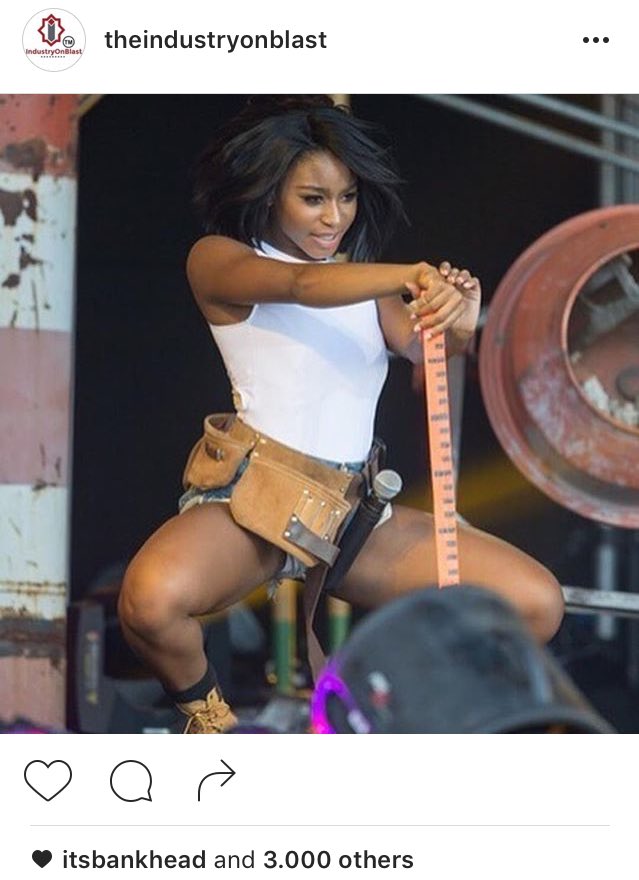 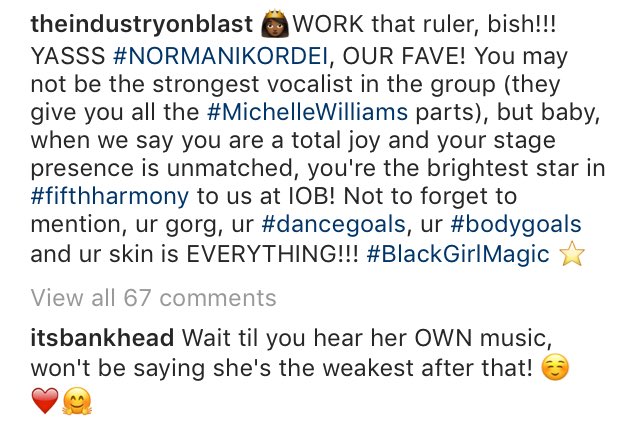 Michael Fassbender could have been part of a galaxy far, far away! #StarWars 😯 https://t.co/zqMwtIC7KT

* Fassbender was considered for a role in ‘Star Wars: The Force Awakens’
* [Spoiler (click to open)]it was General Hux portrayed by Domhnall Gleeson
* he was too bus busy for SW
* We talked about a role. We had a conversation. I’m pretty sure I was busy doing something else in the summer he was kickstarting that.

First star of the new year will be for actress Viola Davis who will be honored on January 5. See https://t.co/XhICVh9yXQ for more details.

A message of hope to the children affected by the conflict in Syria. @SavetheChildren pic.twitter.com/Zsdvu2nuXd

In a video message posted on his official Twitter account, the Portugal captain said: "This is for the children of Syria. We know that you have been suffering a lot. I am a very famous player, but you are the true heroes. Don't lose your hope. The world is with you. We care about you. I am with you."

Save the Children says Ronaldo's "generous donation" will fund food, clothing and medical care for families in Aleppo and across Syria.

"We are tremendously grateful for his life-changing support. Ronaldo is not only one of the world's most iconic sports figures, but he also has become a beacon of hope for millions of boys and girls worldwide -- and hope is something that Syria's children need now more than ever."

Your fave song of the year just got some hot new remixes!

Here's some workout inspo for you for the new year:

Source 1: https://twitter.com/britneyspears/status/812317020092035072
Source 2: https://www.youtube.com/user/BritneySpearsVEVO/videos
Source 3: https://www.instagram.com/britneyspears/
Source 4: https://twitter.com/danwootton/status/811610201623330818
If you haven't heard of The Shack I can't really hold it against you. The film is an adaptation of a 2007 Canadian Christian novel of the same name and it's about a guy whose daughter is kidnapped and probably murdered and then a few years later God sends him a note inviting him to the shack where she might have been killed in for the weekend. If that doesn't sound bad enough Sam Worthington is the lead. Basically the only redeeming factor in this why isn't this on Lifetime movie is that Octavia Spencer is playing God... and of course people are up in arms about it.

Some church leaders have spoken out against the movie says that Spencer's portrayal is a "pretentious caricature of God as a heavy set, cushy, non-judgmental, African American woman called ‘Papa’ — who resembles the New Agey Oprah Winfrey far more than the one true God".

They also have a problem with Sumire Matsubara portraying the Holy Spirit, stating that the character has a Hindu name and that she is too frail for the role.

They claim that the film "lends itself to a dangerous and false image of God and idolatry" and are calling for religious people not to see it. The Shack opens up against both Logan and the sequel to Trainspotting so a lot of people probably won't be seeing it regardless.

Here's the origin story of Festivus, the Festival for the rest of us https://t.co/rHgI9uMv0T

- When some of the other writers found out about Festivus, they told him to work it into an episode so he could share the hilarity and weirdness with the rest of the world.

( Collapse )
- Police radioed for help for someone who suffered heart attack
-Airport police confirmed medical emergency , but gave no names.
-Report comes from TMZ
-Billie is at the hospital
-TMZ has the audio to dispatch
-Her brother says she is stable according to AP
-Her brother now says out of ER and into Intensive Care Unit.
-THR says there are conflicting reports, Family says they don't know exact status

YouTube user RHaul remixed the group's latest single "That's My Girl" so that Camila's voice is erased from the track.


billboard is pushing so many stories of kkkarla being the victim because her manager (who's creepy as fuck) is related to an executive there. they are trying to paint the whole situation as a "4vs1" when it's their label who've been working against the 4 girls since the beginning in order to push her solo career.
i hope karma bites her ass