Honestly, this show keeps getting better and better! I'm sad there are only 2 episodes left and no word about renewal...

The most famous polygamist family in America has lots of good news. 19-year-old Mykelti is the second Brown daughter to get married this year. Maddie Brown was married this past summer to her beau, Caleb. Maddie (19) is now pregnant.

Maddies' mother, Janelle, says she first felt a connection between Maddie and Caleb when Maddie was 16 and Caleb was 25.

Caleb's sister was married to Maddie's father's brother, who tragically died some years back.

Congratulations to all involved.

WesVideo121916 from Crowdrise on Vimeo.

Wes Anderson's next film is another stop-motion animation film (a la Fantastic Mr. Fox) about dogs, rumoured to be set in Japan.

My latest podcast episode was meant to tell a multifaceted story about reproductive choice in America, to explain the many reasons women do or don't choose to have children and what bodily autonomy really means. I'm so proud of the medley of voices in the episode. I truly hope a distasteful joke on my part won't diminish the amazing work of all the women who participated. My words were spoken from a sort of "delusional girl" persona I often inhabit, a girl who careens between wisdom and ignorance (that's what my TV show is too) and it didn't translate. That's my fault. I would never, ever intentionally trivialize the emotional and physical challenges of terminating a pregnancy. My only goal is to increase awareness and decrease stigma. I take reproductive choice in America more seriously than I take literally anything else, and therefore own full responsibility for any words I speak that don't convey this truth clearly. I know plenty of people will never like a thing that leaves my lips, mea culpas or no, but this apology is for the women who have placed their trust in me. You mean everything to me. My life is and always will be devoted to reproductive justice and freedom. You know how in some households you curse and have to put money in a jar? Well in mine, if you mess up your pro-choice messaging you have to give a sizable donation to abortion funds (https://abortionfunds.org/need-abortion) in New York, Texas and Ohio 💰I look forward to fighting with you all for the next four years and beyond.

On set of Horse Soldiers . The true account of a small band of Special Forces soldiers who secretly entered Afghanistan following 9/11 and rode to war on horses alongside the Northern Alliance Afghans against the Taliban. Check out the book by Doug Stanton, it's incredible. #thatsrealsnow @mvegapena

We have video of entire chaotic and dangerous event on @KoreanAir_KE 480. Lasted 4 hours. Crew completely ill-equipped to handle situation.

Marx and his wife Daisy Fuentes (I know, right?) were traveling to Seoul when a visibly drunk man started attacking flight attendants and passengers for no apparent reason other than he was not feeling the people around him. Marx helped tie the man to a seat with a rope while Daisy took photos and video. Marx was particularly upset because 3 people were injured and none of the staff knew how to use the taser on board to subdue the man.

Even though the man was arrested when the flight landed, police released him because he was "too drunk" to talk to and would "summon" him at a later date.

For all the ONTDers who are under the age of 35, Richard Marx is a singer best known for his adult contemporary hits and Daisy Fuentes is an MTV VJ back from when MTV used to play music videos.

delta airlines kicked us out for speaking Arabic to my mom on a plane https://t.co/ZLyIT4ORdY

( Collapse )
SOURCE || SOURCE || SOURCE
Even if he's a pranker this isn't the first time Delta has done this and are we really saying a Youtube managed to make a plane full of paying customers delay so he can make a Periscope video?

@ Drake, because IDC if you disagree.

Mr. Rager aka Solo Dolo aka The Man on The Moon aka Scotty with the body in the three piece suit lookin so CUTE is back!
Kid Cudi has released a new album over the weekend and **SPOILER** It's certified 🔥intergalactic flames🔥 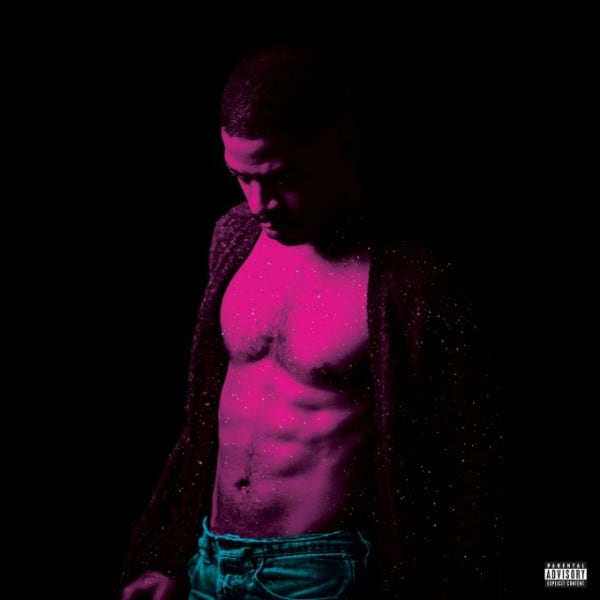 You can stream Cudi's new album over @ Spotify and Apple. Maybe Tidal? but who's checking for ha, tbh.

Passion, Pain, and Demon Slayin' include features by the following greats:
Andre Benjamin, Willow Smith, Travis Scott. Pharrell's in there, too, ig.

Here's a quick clip of Cudi's croonin' on this album.

If you find the sounds from this video enticing, give the album a proper listen and come back and share your faves with the rest of us.
#SupportBlackArt

Personal faves atm: By Design, Rose Golden, Baptized In Fire, Does It, Dance 4 Eternity, Distant Fantasies, and The ode To Wonder Woman/The Guide

- the two are speaking to each other again but not living together.
- fights of this magnitude are typical for them
- they've lost the support of rob's sisters

Check out this 3.5 minute clip from the S4 premiere of Black Sails, Wherein Flint and Silver flirt relentlessly as they discuss the war, and your OP loses her shit and dies.

I literally actually genuinely can not handle this. I'm beyond resuscitation, just go on without me

source
Just in time for the holidays, it's Billy's first time hitting the streets with a child star! Watch Billy and this week's celebrity guest, the incredible and adorable Jacob Tremblay from Room, as they take to the streets to remind adults that Jacob Tremblay is more successful than they are. Happy Holidays!

It looks like things are going to be a little different from the books. I just started the third book and am curious to see how things change. I'll be sad if anything happens to my fav Murtagh.

Evan Rachel wood was seen holding hands with actor/musician Zach Villa. Supposedly they were canoodling at the Critics Choice Awards and were also papped at the airport. They met while doing a musical cabaret about John Hughes in LA; Evan previously dated another cast member from that play as well.

This year they started a band called Rebel and a Basketcase, based on the characters from The Breakfast Club.

Do you date your coworkers?

omg did the good sis get some vocal lessons?!?! she no longer belts every chance she gets now

* she won the first-ever best actress award at Cannes in 1946
* known as having "the most beautiful eyes in cinema"
* Morgan was born Feb. 29, 1920, in Neuilly-sur-Seine as Simone Renee Roussel
* she was voted as the most popular French actress 10 times
* received many awards during her career, including a star on the Hollywood Walk of Fame in 1960 or France's Legion of Honor in 1969


* The Duchess of Cambridge will take over as patron of the All England Lawn Tennis and Croquet Club (AELTC)
* Queen Elizabeth II has been patron of the ALETC since 1952, but it was announced today, that she is stepping down from 25 patronages including the Wimbledon tennis club
* The Queen is currently the patron of 628 charities and organisations

ONTD have you been cast in Avengers 3/4 yet?

The Man in the High Castle season 2 is everything you feared a TV show about Nazis would be https://t.co/7AQHEr60rZ

A brief summary of the article:

- In changing showrunners, The Man in the High Castle completely lost its sharpest themes


TBH, I AGREE. Maybe not the worst but definitely the most disappointing IMO.

[MY THOUGHTS. SPOILERS.]- I ragequit after my bb Frank died. YOU DESERVED BETTER BOO.
- I do not give a flying fuck about Joe Nazi Bland and the fact that the show wants us to see him as a romantic lead is downright offensive
- I don't care for Juliana
- Tagomi and Kido are great but they are too good for this show.
- #freerufussewell

Have any of your watched it? remember, thoughts / comments go behind a spoiler cut please :)

The director of #Passengers says he'd do what Chris Pratt's character does -- and he thinks most people would: https://t.co/l4v7znuZ8f pic.twitter.com/1FN2sVNvPg

He goes on to say that he would have done what Chris Pratt's character does in the film, and he believes most people would also do the same thing.

Morten says that as soon as you understand the reasoning of Chris Pratt's character, it doesn't become so creepy anymore.

[Spoiler (click to open)]Chris Pratt's character wakes Jennifer Lawrence's character up out of deep space sleep because he is hornely.

Would you do what Chris Pratt's character does in the movie?

With that said, here's a holiday message from Celine