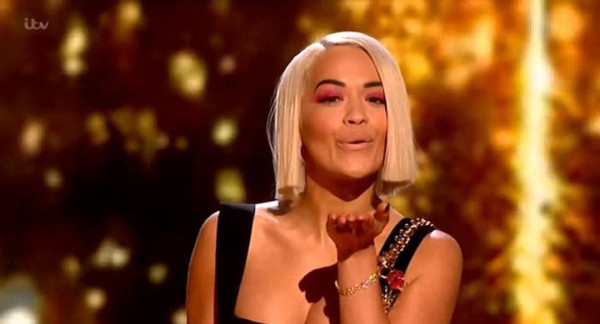 -Hannibal Buress (actor on Broad City, the comedian who outed Bill Cosby) had a free, impromptu stand-up show last night in Williamsburg
-He was doing a bit about Trump being old as fuck when this girl who wasn't into it interrupted the routine and told him to "talk about Broad City" bc she was tired of the anti-Trump stuff
-Hannibal goes over to the door and has the bouncer throw her out, crowd rejoices

source 2
how do you deal with Trump supporters, ONTD? do people applaud when you leave the room?

An Interview with Johnny Weir: His Thoughts on ‘Yuri on Ice’ https://t.co/RacVp9aQyO pic.twitter.com/8h7tWRFQWX

+ Yuri on Ice has become the unexpected smash hit online; a sports anime that delves into the high-pressure world of professional figure skating, offers multifaceted characters with believable motivations and flaws, and delicately wove throughout the first season a respectfully handled, beautifully portrayed LGBT love story and it’s been a surprise hit among professional figure skaters as well.

Seth Meyers: "Don't get a day job"
Nicole Kidman: "Be happy"
Emma Stone: "Stop with the self tanner"
Reese Witherspoon: "Not to wear tan hose"
Victoria Beckham: "Your skin is going to clear up and it's all going to be fine"
Taylor Swift: "You're going to date just like a normal twenty-something should be allowed to, but you're going to be a national lightning rod for slut shaming"
James Corden: "That it's just school, it'll be over soon, and a lot of those people are just dicks"
Kendall Jenner: "Don't wear that"

ONTD, what advice would you give your younger self?

Veteran filmmakers of Studio Ghibli create "Mary and the Witch's Flower" under Studio Ponoc. "Mary" follows a girl after she discovers a witch's broom in the woods and is based on Mary Stewart's "The Little Broomstick."

- The film is called “Don’t Worry, He Won’t Get Far on Foot,” a biopic on quadriplegic cartoonist John Callahan
- Joaquin Phoenix is set to play him
- Iconoclast and Anonymous Content are producing the film, which is based on Callahan’s autobiography of the same name
- Hollywood has been trying to adapt the book since its publication in 1989, with the late Robin Williams circling the role of Callahan
- Charles-Marie Anthonioz (Spring Breakers, The Double), Mourad Belkeddar, and Nicolas Lhermitte will produce the movie for Iconoclast and Steve Golin (The Revenant, Spotlight, Mr. Robot) for Anonymous Content
- A little info about John Callahan: He was a cartoonist famous for his taboo topics, he became a paralyzed in a car accident at age 21 and turned to drawing as a form of therapy. His work was published in the New Yorker, Penthouse, and Playboy before his death in 2010.

The cast recording of the critically acclaimed Broadway revival of William Finn and James Lapine's Falsettos, which had been scheduled for release in early 2017, is now available digitally from iTunes by clicking here.

The recording, which features Stephanie J. Block (The Mystery of Edwin Drood, Tony nomination), Christian Borle (Something Rotten!, Peter and the Starcatcher, Tony Awards), Andrew Rannells (The Book of Mormon, Tony nomination), Anthony Rosenthal, Tracie Thoms, Brandon Uranowitz (An American in Paris, Tony nomination), and Betsy Wolfe, is available for by clicking here. (note, this is the link to the ordering info for the PHYSICAL CD)

The musical is currently running through January 8 at the Walter Kerr Theatre.

Margaret Cho and Tilda Swinton had a "long discussion" on #DoctorStrange, and Swinton told Cho not to "tell anybody" https://t.co/mF2ucK67A7

According to TMZ, the Deadpool/Gotham actress has been cleared by a judge to take her son back to her home country of Brazil after a legal battle with ex Austin Chick

Austin tried to prevent her from taking their son to visit his dying great grandmother because he feared the kid could be exposed to Zika virus. Morena confirmed that his own pediatrician has said Zika is 'not a concern.'

Austin also tried to get a custody agreement in Brazil 'in case anything happened to her.' Morena's team tried to resolve that issue, but then his team went silent.

The judge ruled there was no reason to block the trip. Their son will spend Christmas eve and day with Austin, before the trip.

You can also now follow both of Blac Chyna's children DreamandKing
on Instagram! As you can see, Dream follows both of her parents and King only follows Blac Chyna.

We have another beautiful baby boy 👶🏽💙🎉 couldn't be happier 😍

Source
Ontd, would you name your son after your bff's former last name?

“I don’t want our friendship to end.”
(Girls returns to HBO this February.)

No fireplace? No worries! You can enjoy these yulelog scenes, courtesy of your favorite @Marvel heroes: https://t.co/ky7oA5cV6d pic.twitter.com/hviy2NJ7rw

(This is cover made me happy. 3 POC Creators out of 4 Creators. The design of the word "CREATIVITY" on the cover is super weird though.)

Jones was able to negotiate for a seven-figure upfront salary to play Rebel fighter Jyn Erso, because she knows her worth.

Jones has one sequel option in her contract.

Survive. Together. Sense8 returns with a 2-hour Christmas Special event on December 23. pic.twitter.com/tt5HIt4DbK

The ten films selected to advance in the Oscar Visual Effects race are:
“Arrival”, “The BFG”, “Captain America: Civil War”, “Deepwater Horizon”, “Doctor Strange”, “Fantastic Beasts and Where to Find Them”, “The Jungle Book”, “Kubo and the Two Strings”, “Passengers” and “Rogue One: A Star Wars Story”

All ten visual effects team will present ten minutes of footage and present how they created their work at the Visual Effects Bakeoff on January 7 before VE branch members vote on the final five nominees.

ontd la members: will you go to the bakeoff since its a public event?


* "You're a huge influence on me." Reynolds told Hanks on Critics Choice Award "My 2-year-old daughter – the first full sentence she ever said was, 'There's no crying in baseball.' I'm not even kidding."
* the line is a reference to Hanks' famous catchphrase in 1992 movie A League of Their Own

What was your first word?

Let this Queen bless your timeline with some selfies @helenmirren

- The day before, Piers Morgan expressed his dislike for the Star Wars franchise, and he fought with entertainment reporter Richard Arnold
- Richard Arnold smacked Piers Morgan upside the head
- When host Susanna Reid asked Riz about Piers' hatred, he said "I think there could be no better endorsement than Piers Morgan bashing something."
- Everyone cracked up and said it was a "solid burn".
- More general excitement about being in a Star Wars film

- Henry has been sharing a bunch of photos to his instagram this past week, including some pics of him out at sea.

Sveriges Radio about the event:
Musikhjälpen is a Swedish week long live radio and TV broadcast. The mission is to create awarness and raise money for a humanitarian cause.
Musikhjälpen is held for one week in the middle of December, broadcasted around the clock for seven days. Each year, three famous personalities host the show, broadcasted from a glass house studio located at a public space in a Swedish city. This year the program is hosted by comedian Kodjo Akolor and musicians Pelle "Howlin' Pelle" Almqvist from The Hives and Josefine "Little Jinder" Jinder. The audience request songs, donating money to the cause while doing so. There are also a vast number of initiatives held around Sweden, each one with the mission to collect money to the cause; Musikhjälpen engage thousands upon thousands of people each year.
Artists and celebrities also visit the studio to perform music, as well as auctioning off various items.

Sources
About Musikhjälpen
The perfomance
About children's education in conflict zones
Donate!

James caps off 2016 with a Christmas edition of Carpool Karaoke featuring Mariah Carey, Adele, Lady Gaga and other guests throughout the year to sing Mariah's classic "All I Want for Christmas Is You."

This was adorable! I love AIWFCY more and more every year

The Parkwood Holiday Party for staff and other guests in LA included a movie screening of Lemonade and a personal performance of "All Night" by Beyonce with a live band.

I don't even need to post the multitudes of magazines/websites listing Lemonade as album of the year, ya'll know they're out there.

-NBC has ordered a script commitment for Single White Female
-Bridget Fonda and Jennifer Jason Leigh starred in the 1992 original about a woman named Allison (Fonda) who takes in Hedra (Leigh) as a roommate, only to have her turn into a full-on psycho stalker. The iconic moment came when Allison discovered Hedra had copied her exact haircut and wardrobe — the birth of the term “single white female’d.

Have you ever been single white female'd ONTD?

wat.is.dat.outfit, I'm sure the inventor of Chrismtas can afford better