- Fuller is the creator of American Idol & former Spice Girls manager
- the show will be produced by Fuller’s XIX Entertainment for the U.S. and Canada

source
what the fuck. have they learned nothing from the utter fiasco that was Skins US?
also, i'm sf anxious about this next episode

Yesterday among mounting scrutiny, the show was cancelled. And despite their best efforts of trying to keep things quiet, things have exploded behind the scenes for Adult Swim

-Created by a Rhode Island based trio, who had an alt-right neo-nazi following online well before the show was picked up by adult swim
-Sketches on the show include: sending a woman into a glass table because she wasn't attractive enough, a black woman bragging about getting 40k+ in disability, plenty of homophobic remarks, and an instance of the creator in black face
-In Buzzfeed's report on Million Dollar Extreme's popularity with people who identify themselves as "alt-right" neo-nazis it was noted that Adult Swim's own standards department found coded messages, including swastikas, that the network removed before the show aired.
-Adult Swim senior vp Mike Lazzo supported the show and wanted to keep it, he found it funny
( Collapse )

Also: did you know that Adult Swim has NEVER produced a show created by a woman? Out of all 47 shows currently airing or in development, not a single woman can be found on the creation side.

oops ya got next'd Sam Hyde

Gigi revealed in an interview this week that she was diagnosed two years ago with Hashimoto's Disease, a thyroid disease that causes fluctuation in metabolism and can lead to exhaustion.
“My metabolism actually changed like crazy this year. I have Hashimoto’s disease. It’s a thyroid disease. It’s now been two years since taking the medication for it, so for the [Victoria’s Secret] show I didn’t want to lose any more weight. I just want to have muscles in the right place, and if my butt can get a little perkier, then that’s good.”

I suppose you could argue her sudden weight loss over the past year could be attributed to the disease. That said, I feel like she's being overworked.
Embed from Getty Images
Several outlets including the New York Daily News are currently reporting that TJ Miller was arrested last night after leaving the GQ Men of the Year Party late last night (the above picture is Miller at said event).

Miller hired an Uber to take him home following the party and the two apparently got into a heated argument about Donald Trump during the ride which resulted in the actor slapping the driver when they reached their destination. The driver ended up making a citizen's arrest and then called the police who took away the visibly drunk actor. He has since been released without having to post bail.

Source 1 and 2
Have you ever gotten in an argument with your Uber / cab driver?

Louis Tomlinson’s mom, Johannah Deakin, has died at the age of 42 following a battle with leukemia: https://t.co/951IJA6uTV pic.twitter.com/1WK1VSuiST

- was diagnosed with an aggressive form of leukemia earlier this year
- passed away early December 7th
- she leaves behind her husband, Dan, seven children — Louis, 24, Lottie, 18, Felicite, 16, twins Daisy and Phoebe, 12, and twins Ernest and Doris, 2 — and her grandson, Freddie

this has me really shaken up for some reason. thoughts and good vibes to her family and friends/

Directed by Sofia Coppola the movie is a remake of the Clint Eastwood film of the same name about a wounded Yankee soldier during the civil war who seduces the members and staff of an all girls school in the south. Release date is set for June 2017.

SWEETSEXYSAVAGE out 1.27.17 available for pre-order drops tomorrow. Thank you for believing in me. pic.twitter.com/K0P5qxY5UG

she was nominated for you should be here and is nominated again for the ss soundtrack for the grammys. she's gonna slay with this album!

Madonna attends the Billboard Women in Music 2016 event in New York City where she will receive the Woman of the Year Award later tonight. 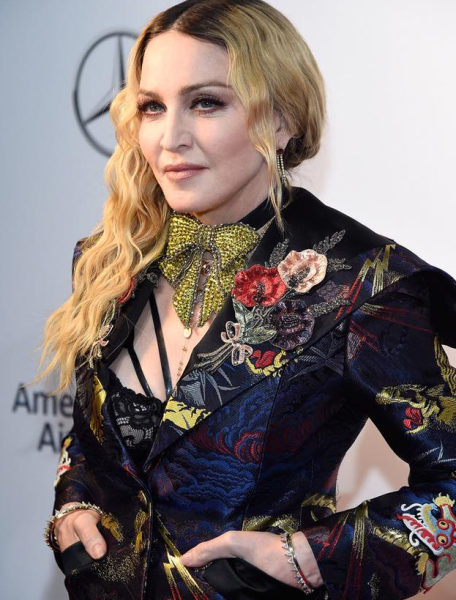 Ok fine I will have dinner with you, because I'm... hungry. lolz!

Can't believe no one's posted this yet.

I knew this was all BS

Everything has led to this moment. Forty years ago, the demon was denied its prize. Now it will stop at nothing to destroy Angela Rance and her family. Their only hope lies in two men: Marcus and Tomas. But with the enemies of the church mobilizing against Pope Sebastian, time is running out for everyone.

Apparently, there's a #DumpStarWars hashtag trending on Twitter, and Trump supporters are telling people to boycott the movie because it's sending an Anti-Trump message. (K, have they never watched a Star Wars movie in their life?)

“Rogue One” actor Riz Ahmed said the filmmakers didn’t inject anti-Donald Trump positions or any other political messages into the new “Star Wars” movie, because doing so would be “petty and small-minded.”

“It is absolutely to be expected that people will project their anxieties and concerns … onto art. It’s also the role of art to reflect the times we live in. But this film wasn’t made to speak to this particular moment. This is a film that was written years ago, that was filmed over a year-and-a-half ago,” the British actor and “The Night Of” star continued.

He also added that he hopes the movie continues to resonate over time and that a film as big as Star Wars will bring people together instead of continuing to divide them.

The #DumpStarWars hashtag started after a Trump supporter saw "Rogue One" writers Chris Weitz and Gary Whittas change their Twitter avatars to a logo of the Rebel Alliance with a safety pin along with tweets like this from Chris Weitz (which is now deleted but I found a screenshot):

You can go to the source to hear my bb Riz Ahmed speak about this since I cannot embed.

Has some new/extended scenes with Tony and the Vulture.

Rossum’s camp is arguing that the actress should be paid more than Macy to make up for the seven seasons in which she earned considerably less than the veteran actor.

Macy recently renegotiated his deal and scored a raise that sources say puts his salary in the upper echelon of cable dramas.

If Rossum closes her deal, producer WBTV then will renegotiate with the remainder of the cast, including Jeremy Allen White (Lip), Cameron Monaghan (Ian) and Steve Howey (Kevin). If she can't close a deal, Showtime could choose to renew the show without her or cancel it.

The title of the movie is "The Fate of the Furious". Full trailer out Sunday.

A new horde of deluded hamsters introduce themselves, and then freak out over Tyra.

Tyra is her usual humble self.

Basically, every ANTM premiere ever.

So much for trying to be more legit? 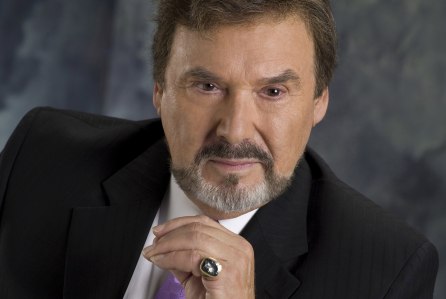 Died Wednesday at the age of 87, following a long battle with Alzheimer's disease.

He also was on The Bold & The Beautiful.

What was your favorite scheme that Stefano pulled on the people of Salem?
Arden Rose releases the trailer for her book "Almost Adulting".

Was subscribed to her for a minute then unsubscribed now IDK. I just want to light my degree on fire. Anyways, late night book post?