- Australian Aboriginal super group perform "Dumb Things" on Like a Version/Triple J
- Last week we dealt with someone posting an inane cover of an classic Australian song, do you even Straya? Please from now on only post awesome covers of Australia's classic songs!
- Rap segment comments on complacency towards racism, death in custody, Australia's off shore refugee policy and "Black Face"
- Paul Kelly is one of the greatest Australian songwriters of all time
- And to my right MR. PAUL. KELLY
- AB's album is called Reclaim Australia which is also the name of an ALT RIGHT politic movement in ANZ...


The original version from 1989

Based on Liane Moriarty’s bestselling book of the same name, this subversive, darkly comedic drama tells the tale of three mothers of first-graders whose seemingly perfect lives unravel to the point of murder.

"I saw how much joy fatherhood gave my own dad. So I hope it's part of my journey."

"I'm sorry my father won't be around to see his grandchildren, but he knows fatherhood was something I was looking forward to,"


It's been a rough month y'all.

Not to be dramatic and shit, but there’s a flood of noise right now that feels like it might drown us all. And it’s harder and harder to tell what’s fact, what’s opinion, and what’s just straight up bullshit.

We’re not able to make sense of it, much less tell you how to make sense of it. Thank God there’s music for that. We’ve been working on a new record with your boy Michael Diamond for awhile, but we made a quick stop in Alaska with filmmaker Michael Ragen to shoot this video. Seemed like the right time to show it to you.

We’re in this together.

yesssssssssssssssss. ready for my psych folk rock alaskan indie faves to come back with new music.

We’re delighted to share the news that #CursedChild is in talks to open on Broadway in Spring 2018! https://t.co/nQQOaoPytV pic.twitter.com/ILPctUitDX

- Broadway's Lyric Theatre will be completely redesigned, remodeled, and reconfigured from 1,900 seats to approximately (more intimate!) 1,500.

- J.K. Rowling is "fully, fully supportive" of the whole thing: "I'm delighted we are one step closer in bringing Harry Potter and the Cursed Child to Broadway and very excited by the proposed plans."

ONTD, have you read the Cursed Child and Fantastic Beasts scripts yet?
Embed from Getty Images
Recently Mandy Moore sat down with Byrdie where she discussed a number of things ranging from some day to day aspects of her life to working on her new hit show This Is Us. Since Mandy plays a mother of triplets on the show the interviewer asked her if the singer / actress had ever thought of having a more "traditional" family life with the white picket fence, 2.5 kids, lawyer husband, etc. Mandy responded almost immediately with a no and stated that her own family was the "least traditional".

"I’ve never really talked about this," she offers, "but my parents are divorced. My mother left my father for a woman. And both of my two brothers are gay."

She went on to point out that she herself did marry young, at 24 to Ryan Adams, and that the "normal" thing ended up not really being what she expected (the couple split last year). She went on to say that her own family was amazing, did an incredible job at raising her and her siblings and that even with the split her parents maintained a good relationship.

"Everyone’s so much happier, richer, and more fulfilled, being their authentic selves," she concluded.

Source 1 and 2
I honestly never thought we'd still be talking about the girl who sang "Candy" 17 years later but damn it if I don't love Mandy Moore ❤️Is your family traditional, ONTD?

"I am sorry for the pain I caused," tweeted @Rosie O'Donnell before setting her account private https://t.co/7sCu8Cp1ZN

Rosie O'Donnell has taken to Twitter to apologize to Melania Trump.

The apology comes after Rosie shared a video speculating whether or not Barron Trump is autistic.

Rosie tweeted, "I apologize to @MELANIATRUMP - i was insensitive in my RT - i am sorry for the pain i caused - it was not my intent - i am truly sorry."

Rosie O'Donnell set her account to private immediately after apologizing to Melania Trump.

Did Rosie O'Donnell do the right thing by apologizing to Melania Trump?

Buzzing that #GloryDays is #1 AGAIN!
We'll never get tired of telling you guys how AMAZING you are! 😭😘 Ultimate dream team 💕 the girls x pic.twitter.com/BZeV1w3JEV

J.Cole just dropped a documentary on Tidal to support his surprise upcoming album "4 Your Eyez Only" which drops on Dec. 9th. The documentary featured 2 new songs called False Prophets in whiuch he laments Kanye's recent behavior as well as Wale's constant voicing of his frustration with his career and Everybody Gotta Die which takes a shot at the Lil Yachtys and Lil Uzi Verts of the game.

Rihanna is named the most streamed female artist for second year in a row and Drake dominates with most streamed track and album for 2016. Drake's One Dance song is the most popular song on Spotify ever with almost 970 million streams.

ZAYN was the top breakout artist of the year.

READ MORE AT THE SOURCE: SPOTIFY
What's your most streamed song this year?

The Academy has announced that 20 films have advanced in the category of Achievement in Visual Effects. The Visual Effects Branch Executive Committee will determine the 10 films that go on to the bake-off, where each films visual effects team presents a highlight reel of their work to branch members before a vote of the final 5 nominees. The bake-off is also open to the public.

what have been your fav effects driven films this year ontd? which ones do you think will make the bakeoff?

.@avaetc: “We want this show to be something that sticks to your ribs.” Go inside last night's suspenseful season finale. #QueenSugar pic.twitter.com/g9yjIBo1Kh

Hilary Duff says she is 'judged' for being a young mother in Hollywood https://t.co/AsJQ1lIvfr pic.twitter.com/90ACv4FVQ9

-On Thursday Hilary appeared as guest co-host of The Talk, where the panel discussed Jennifer Aniston's claims that women are deemed useless if they don't have children. Hilary defended Jen, saying, "Lots of women in this industry don't have a child, yet are judged for not having a child and it's crazy that women - we are the most in demand, and the most desirable, but the most judged and the hardest on one another."
-She went on to tell the panel that she feels pigeonholed as a mom, saying she feels judged for having been married & becoming a mother so young. She also pointed out, "Nobody cares about men's personal lives as much as women's."
-Co-host Aisha Tyler (who doesn't have kids but has struggled w/infertility) backed Hilary up, saying, "Nobody says to a 45-year-old guy, 'Oh, you don't have any kids yet? Aww, that's so sad.'"

Do you feel judged over your reproductive choices, ONTD?

-comics origin: mischievous imp from the fifth dimension who delights in tormenting the Man of Steel as a prankster more than a straightforward villain
-no one has been cast yet
-character will appear in two episodes

SPOTTED: Gossip Girl's Penn Badgley looking nothing like the lonely boy we all remember. https://t.co/ZItbgM0BFq pic.twitter.com/KVPiasgoX5 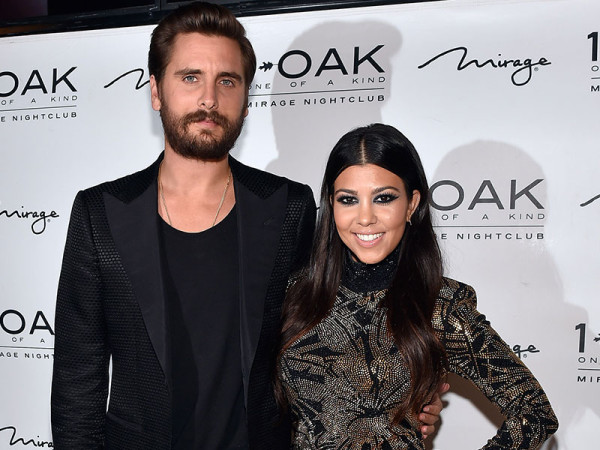 - After a year and a half apart, reality TV's golden couple the pair have decided to give love another go
- While not currently living together, they've been closer than ever the past few months and were previously spotted canoodling in Mexico
- One source says "They are back together and giving their relationship a try again. Scott's mellowed out a lot and hasn't been partying."
- Another source adds that they "both want to make it work for them and their kids."

I'm happy for them and all but I can't say I'm not dissapointed I won't get to suck Scott's toes in future. Mazel tov, I guess.

ONTD's favorite obssesive husband surprised his pretty bird/wife, Lauren, with a trip to Thailand for her 30th birthday. Paul stealthy invited her best friends along to join them for the trip, and they surprised her by of 'Happy Birthday' during their layover in the Hong Kong airport.

There will ne no second season

In "yaaaaaassss Queen, get money" and "Viva México, cabrones" news, I bring to you Gladys Tamez, the Mexican designer behind GaGa's fashionable pink hat (A.K.A Marianne).

ONTD, how better way to stick it to Drumpf that consuming Mexican (and other affected groups) products?

She’s joining the cast of Veena Sud’s “Seven Seconds,” a crime drama slated for a 10-episode run on Netflix.

King plays Latrice Butler, a devout churchgoer and a proud wife and mother. After she moved out of the projects with her family and becomes a first-time home owner, she is shaken to her core when she learns that her 15-year-old son, Brenton, has been involved in an incident. When she learns that there’s more to Brenton than she and her husband were aware of, Latrice is rocked by the power of her anger at her son’s predicament — an anger that will change her life, her relationship with her husband.

The fact that Teyeon backed out of our performance caught me off guard too but never accept rejection as failure.

Did anyone watch this? Why do you think she backed out? Is SM the devil? What even were they going to perform?

"Bad Things" has been quickly rising up the iTunes chart this week and has reached #3 today, passing heavyweights such as Bruno Mars and Maroon 5 and the godforsaken "Closer".

Gaga and the Victoria's Secret Angels gave a little lip sync action. Check out a vid of the moments set to Gaga’s "Million Reasons", the full runway show airs on Dec. 5, 10/9c on CBS.

Talks about Rogue One, throwback pictures, and what it's like having a December birthday.

"I'm Mexican in Star Wars, come on! And in a role that actually lasts more than 10 seconds."

Exec producer Peter Engel on Kelly and Zack's marriage: "Well, they’d be married — but not to each other."

On the rest of the kids:

Zack: the host of a game show or talk show/managing a hedge fund
Slater: high school football coach
Screech: Bill Gates
Jessie: would have just lost the election to Donald Trump
Lisa: Vera Wang/a buyer at Neiman Marcus
Kelly: married with children and a cooking show on the Food Network

Goon 2: Last of the Enforcers Trailer

Prepare for an adventure beyond your wildest dreams. Josh has a gf when #ManSeekingWoman returns 1/4 on FXX. pic.twitter.com/siAvsrNfOr


source
kinda hate myself for finding her sf hot

Four friends break into an abandoned insane asylum in search of a death certificate which will grant one of them a large inheritance. However, finding it soon becomes the least of their worries in a place haunted by dark memories. Stars Chace Crawford, Eliza Dushku, Robert Patrick, Brandon T. Jackson, and PJ Byrne.

Have you ever stood to inherit a fortune as long as you could you prove your aunt died in an insane asylum that had burned down years earlier?

Sidenote: my brother, Chase (seriously, it was a joke on set), worked on this film and he told me that during scouting they found a trap door in one of the rooms in the Masonic Temple Theater in Detroit where the asylum scenes were filmed that opened up to a small bed area that was used during Mason initiations/csb

8 Days of Christmas by Destiny’s Child

Comedian will star as the doll in live-action film

Conan has a new travel special, which airs on the 7th. He's going to Berlin.

He used Hamilton to explain to his kids you can't always get what you want, especially when it comes to elections. He also said his 13 year old daughter and 11 year old son were "very upset" over the outcome, especially his daughter who was very excited over the idea over the first female president.

Bonus footage from the first video.