Emilia Clarke, best known for playing Daenerys Targaryen in Game of Thrones, is heading to a galaxy far far away and joining Donald Glover (Lando) and Alden Ehrenreich (Han) in the Star Wars Han Solo spinoff movie in a yet to be announced role.

source
what do you think about all the women in the Star Wars universe looking the same, ONTD?

[recap of episode inside]
-Amelia leaves Owen with a dear John letter.

-Riggs and Owen start to patch things up and Owen tells him that he too cheated on his wife and that he and Amelia are having problems.
-The new doctor Aliza asks Arizona out but Arizona rebuffs her saying that she doesn't like how she acts that she owns the place. But after Aliza insists, Arizona agrees to get a drink with her.
-Maggie gets the doctor to rally for Webber to keep his job as director of the residency program.

-Jo is subpoenaed to testify in Alex's hearing. She fears that they found out she is married and not wanting Alex to find out about it in court, she tells Alex the day before his hearing. She tells him she is worried her abusive husband will find her if she testifies. Not wanting that to happen Alex decides to take a plea deal for 2 years in jail. Mer tries to talk him out of it and take his chance in court. Alex goes to the DA's office, but before he is called in, he hears a voicemail from Mer who want her not to give up. The DA calls him in to the office. End episode. (will he take the deal or not, is the cliffhanger).


Grey's Anatomy (along with Scandal and HTGAWM) returns on January 19th.
source 1, 2

Future EGOT winner, Eddie Redmayne, is in search of one of his newest Fantastic Beasts, Pudsey Bear, in this sketch for BBC's Children in Need. Unfortunately however, he gets stuck on a switchboard with the now unemployed presenters, Mel and Sue.

source
Are you fond of switchboard operators, ONTD?

The cast of Gilmore Girls attend the premiere of Netflix's 'Gilmore Girls: A Year In The Life' at the Regency Bruin Theatre on November 18, 2016 in Los Angeles, California

After a night of partying in NYC, 26 year old Joey Communale was found dead in New Jersey with multiple stab wounds, burns, and a broken pelvis. As the story has unfolded in the New York tabloids, it appears to be yet another case of rough trade gone wrong.

Last night Mike Pence went to see Hamilton, he was booed, Trump is upset cause he's a thin-skinned bitch and now he wants the cast to apologize to Mike Pence for giving a speech at the end of the show directed towards him and Trump.

Our wonderful future V.P. Mike Pence was harassed last night at the theater by the cast of Hamilton, cameras blazing.This should not happen!

The Theater must always be a safe and special place.The cast of Hamilton was very rude last night to a very good man, Mike Pence. Apologize!

Brandon Dixon, who gave the speech at the end, responded:

@realDonaldTrump conversation is not harassment sir. And I appreciate @mike_pence for stopping to listen.

He's going to crack in the white house if he thinks booing is harassment.

The movie is based on Emily Danforth's novel of the same name, tells the story of a girl sent to a gay conversion therapy center after getting caught with the prom queen.

Desiree Akhavan, writer, director, and star of 'Appropriate Behavior' is directing. Script co-written with Cecilia Frugiuele. Ashley Connor ('Tramps') is on board as cinematographer.

source
Embed from Getty Images
Like many older movie stars, embarrassed finances is not uncommon. Showing your love and support for Shelley Duvall by making a donation can start her back on the road to independence and perhaps back to health and for her fans, more superb performances!

All of the funds raised on this GoFundMe account are going to Shelley Duvall. Just to tell you more about why I started the fund. Lee Unkrich of TOY STORY fame has been writing a book about the making of The Shining. In his efforts to get an interview with Shelley, he spoke first with her friends, they said she was financially hard up and unwell and Shelley declined to do the interview. Neither Lee nor myself, had any idea how severe Shelley's state of health was until Lee texted me a link to the Dr. Phil trailer 2 nights ago. We were both horrified. That's when I fired off my 2 Tweets to Dr. Phil.

"It's done!"
"My source, high in the New York publishing scene, is insisting the sequel fans have clamoured for is completed.
'Definitely next year,' the source insists regarding release date. 'Ideally early, but maybe Summer."


What is the sequel that is done?
Who is the author?

Out of all the Real Housewife castmembers--strike that--out of all the so-called shallow celebrities/reality stars out there, Real Housewives of NYC star Carole Radziwill is FURIOUS with the election results and will not stop letting the world know.

If you don't know, Carole is a Peabody & Emmy award winning journalist/producer and a best selling author. Here are some of her recent thoughts on the election.

Our wonderful fmr. Jr. Senator from NY was harassed &called names by you sir, on stage, cameras blazing.Perhaps its true, u reap what u sow. https://t.co/Xj6n1cgh3D

Meanwhile, her co-star Bethenny Frankel is talking about this...

I'm willing to have a convo & not be agreed with. But people calling me cracker & bullying me for being white & wealthy will be blocked.

Ignore the host, let's prepare ourselves for the new season of Gilmore Girls...

Which characters are in your top 5?
Who do you want Rory to end up with?

Today is Tyga's 27th birthday. His 19-year-old girlfriend wished him a happy birthday with the following pics on Instagram:

- Lindsay Lohan has randomly trolled on a few of Ariana's recent pictures with the same comment: "Too Much Makeup" 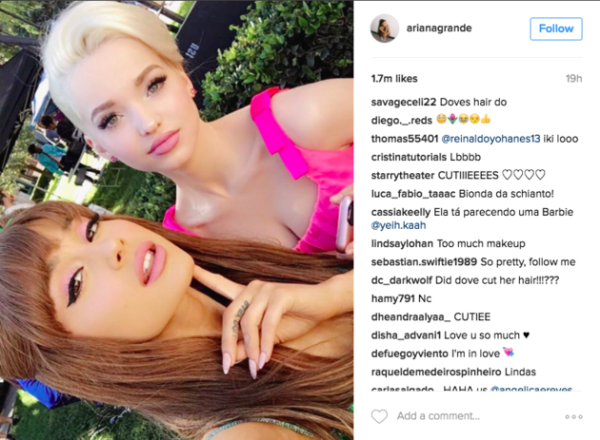 What do you think of John's new music? I think, ironically, it sounds like a Taylor Swift song from right before she went full-on pop. lol

This is the Ryan Phillippe show that was repeatedly postponed because of irl shootings.

did you watch it? fugitive the show....but sniper style?

mods - This has not been posted. It was briefly discussed in the comments of another post. 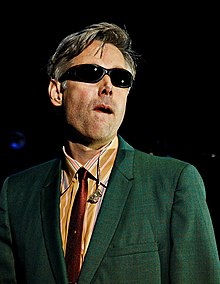 Adam Yauch - aka MCA and founder/member of Beastie Boys' - passed away in May 2012 at the age of 47 after a battle with cancer.

Yauch was Jewish, along with the surviving members of BB.
Formerly called Palmetto Playground, the park was named after Yauch in 2013.

what kind of monsters...

Yay Josh! Have you called in, ONTD?

Source included. Mods, Father John Misty is a well known singer-songwriter who used to be the drummer for the Fleet Foxes. We've had posts about him before.

.@Tinashe continues to nudge the needle of R&B forward with her latest release Nightride—reviewed by @rhaithcoat https://t.co/FendTcuAxF

source
ONTD, did you enjoy Nightride? Would Sacrifices be a urban radio hit?

Source
ONTD, are you still crying for Andy Whitfield and Cory Monteith?

Ricky Martin's fiance is an -artist- and a few nudes have leaked online since he started dating Ricky.

Dick pics can be found @ the source.

ONTD, how many of your nudes have you spread around the internet? will they arise if you ever become famous?

Swords! Melons! And my new book, THANKS FOR THE MONEY! It’s everything you could ever want or… https://t.co/VtVNlLbSib

Joel McHale, of Community, The Soup, bunch of films I'm too tired to list here and the new CBS unfunny sitcom The Great Indoors, spills the beans about Community set and Chevy Chase related incidents, (and even burns David Letterman in the process a bit), in his memoir Thanks For The Money!

Smarmy charmer Joel McHale spills on B-list fame and his on- and off-set Chevy Chase feuds in memoir https://t.co/DFZ0ZXhpAa pic.twitter.com/1Wf8Mtrg1S

( Collapse )
To my utter delight, he also burns Community itself a little bit
( Collapse )

It's quite an entertaining book, and I regret nothing for spending at least 1 week's worth of kitchen shopping money on it. And I had no idea the second tweet I linked has the same story written, but I can assure you I typed every single quote myself lol.


BRIMSTONE is a dark story set at the end of the 19th century. An exciting, violent and epic thriller about Liz, a young woman whose life and that of her family will be at stake as a chilling pastor appears in her life.

Are you watching this amazing show yet, ONTD? (you should be) How do you feel about last night's episode? How great is Tarjei Sandvik Moe (aka Isak)? What is Even's deal? How amazing is the music on this show? Who do you think will be the lead in season 4? Let's talk.

About: Having taken her first steps into a larger world in Star Wars: Episode VII - The Force Awakens (2015), Rey continues her epic journey with Finn, Poe and Luke Skywalker in the next chapter of the saga.