*The HFPA is the Hollywood Foreign Press Association, a random group of 90 international "journalists" that vote on the Golden Globes. They love bribes and big name celebrities which is why celebs always go to their parties to suck up to them hoping to get an award.

Here are the version exclusives from both games!!

Posted cause it's to help y'all decide what version you want & has no spoilers IMO. pic.twitter.com/gvwlw8T4ni

Which version are you buying, ONTD?

The #BBOTT Houseguests react to the results of the 2016 presidential election. pic.twitter.com/wWd6ZS9HSx

- 6 BB contestants are some of the last people to find out about Trump's win...

- after host Julie revealed their next president, the contestants were left in disbelief

Out with @kumailn; for no reason two dudes came at us with Trump right wing shit, calling us "cucks". Never in my life. I hate this. Week 1.

Was at a bar last night with @Middleditch. At the end of the night, 2 white dudes, 20's, who'd been there for hours came up to us.

The film is about a lobbyist, played by Jessica Chastain, who fights to enact gun control measures.

I've read the script and it's really good with Jessica and Gugu having lots of scenes. Too bad that getting stricter gun control in the U.S. feels like more of a pipe dream than ever.

Lock this asshole up, that photo is just....ugh.

Mary-Kate and Ashley Olsen are #twinning with their much-older boyfriends at a Knicks game https://t.co/KLJOYhni1w pic.twitter.com/nPdwLMB0Hs

- Director Jon M. Chu is going the extra mile to find the very best Asian-American and Asians actors for the movie, with open casting and trying out unknowns, including people with no agency representation. Says a lot of the big agencies are unhelpful in finding the actor who could play Nick, the hunky male lead, for example. Says he discussed whether he is allowed to cast a Korean as a Chinese person, or a half Chinese-American (doesn't say what he concluded).

- Says conversations about whitewashing and Chris Rock's Asian "jokes" at the Oscars came up in meetings with the studio execs. "Hollywood listens to money and to controversy". Wants the community to come out and support the movie to show studios there is a market for movies with Asian actors and Asian stories

- "We also had offers from digital studios that would have paid even more than a studio, and we had the difficult decision of deciding whether to stick to, you know, [streaming] or go with the big screen, and we all made an agreement that that’s the battle that we were gonna fight, because on the small screen, there’s a lot of things happening right now, like you can feel [Asian representation] bubbling. There’s Fresh Off the Boat, there’s Master of None, while on the big screen it’s still archaic, and so we knew that we were all in a position to bet on something. We could go for what we stood for and what Kevin Kwan always wanted even from a book stage."

"Is this book any good?" YES it is unless you hate FUN 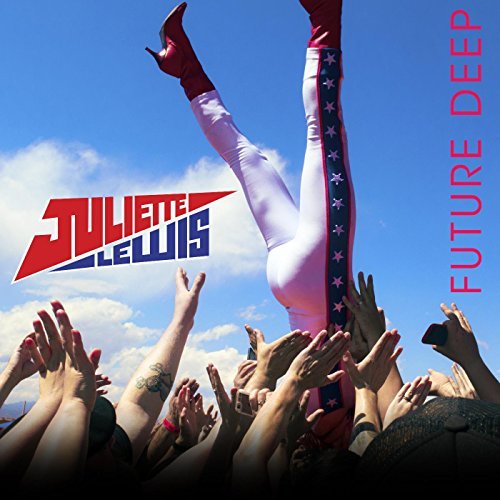 Actress, singer and total badass Juliette Lewis is back to rock you with a brand new EP Future Deep.
In her words: “Future Deep- is personal revolution music. An eclectic bunch of songs tinged with the darkest blues, contagious 60s garage rock and dance funk anthems. Reflecting a dangerous youth, regret and the raging strength to make it through. But of course its all fun as hell to listen to!”

On the show:
- Perrie said she found it hard to cope with the publicity surrounding her and Zatan's breakup, after he left her crying everyday and homeless when he dumped her by text.
- Felt she had to mention it briefly but doesn't like talking about it and would never go into detail.
- Jesy talked about how being in a group makes it easier to go thorugh bad times because they all support each other
- Leigh Anne said "When I split up with my ex, I was thinking 'I have got my three best friends, what does it matter?'
- People don't believe they get on so well but they do
- Jade says they channeled their life experiences into their memoir and new single "Shout out to my Ex", said it was tough sitting down and telling someone everything but it was like 'therapy'
( Collapse )
Source Source Source Source Glory Days world roadtrip tour website
Only 6 more days till Glory Days is released! Are you excited?

Spoofing Fallon's own 'thank you notes', director & screenwriter Ethan Coen called out the media (for being so balanced!),  Weiner, Comey, 3rd party voters, the electoral college, American voters and Fallon (Maybe now you could have the Grand Wizard on your show: He leans his head to you, you slip his hood off and ruffle his hair. Could be a cute bit!)

No thank yous for Hillary, though. She fought too hard to avoid this outcome, so boo to her! 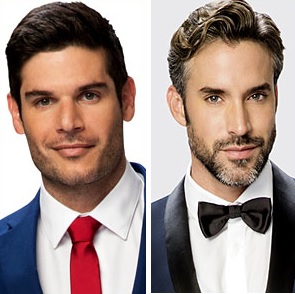 - Chad is revealing what happened after the cameras stopped rolling after the finale. Chad claims that Robert tried to sleep with him AND some of the other guys after the show ended, even though he picked a winner at the end.

- They show a clip of Sam yelling. Robert says he's never seen that clip before. Bitch that's a lie, you were right in front of them!. He says Sam is a deeply troubled individual with psych issues.
- Boring and beautiful Eric says Logo actually cut a lot of drama.
- Robert mentions 'people trying to call him out' but it was actually 'they who were doing naughty stuff in the house'. Probably referring to Chad who outed his fake businesses and that he's still a ho. Also, Chad hooked up with Sam in the house.
- He basically said he's not with Eric anymore but they'll 'always have a bond because of the show'.

( Collapse )
---
SE recently released a Japan-exclusive demo for Final Fantasy XV, titled Judgment (You can access this demo easily if you have a JP PSN account, there are tutorials on youtube to help you if you're curious to make one!). The trailer above was the secret reward given to players for completing the demo =) I tried the demo myself and have been enjoying it so far, but don't want to do too much as I'm saving most of my experience with it for the actual release on Nov. 29th (finally...)

Anyone else give it a go? It looks so beautiful on the PS4 Pro. For those curious, here is a thread showcasing the differences in the two quality modes available on the Pro : Final Fantasy XV Judgment Disc Demo Has PS4 Pro Enhancements @ 1080p

South Park spoofs the US election result: 'What have you done? You maniacs!' https://t.co/X4pgPadPoy

- Originally, it appeared that the show anticipated a Hillary Clinton victory, reflected in the episode's teaser and its title, "The Very First Gentleman," released Monday.

- After the results, they rewrote/reconstructed the show in less than 24 hours Wednesday to reflect Donald Trump becoming the 45th president-elect.

- Title of the episode was changed to "Oh, Jeez," and some of the lines said in the teaser for a Clinton victory were also altered.

Source
They sound so good, queens of vocals!

- Starts at 10:30c/11:30est
- A Tribe Called Quest is the musical guest.
- If you'd like screencaps or gifs, this tumblr will be posting them as the show airs.

this is my first post so i apologise if it's a mess.

Josh Hutcherson participates in the Trump protests in LA. 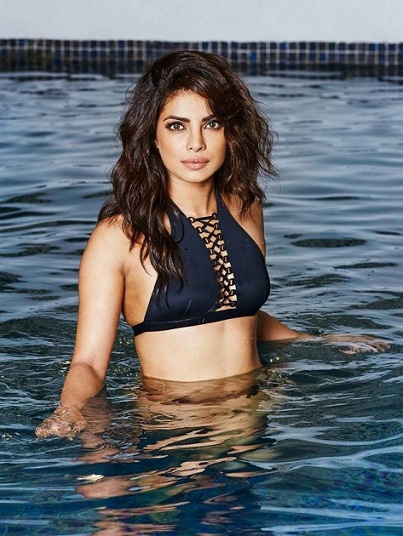 During a recent interview, Priyanka Chopra's mother Madhu narrated an incident about how one of PC's Bollywood heroes played a "prank" on her but got tricked himself.

"She (Priyanka) is a good swimmer. On one of the foreign shoots, they had to go mid-ocean and she was supposed to jump in and the hero comes and saves her. So they went out in the boat. She had not told anybody she could swim. The hero tried to play a prank on her. She jumped and they moved the boat away, thinking she'd believe she was drowning and make a noise. She did no such thing... she started swimming. She's a very strong swimmer. She was enjoying herself in the water. The hero got so pissed,” Madhu added.

has anyone ever tried to play a shitty prank on you, ONTD?
Collapse