[Synopses for 3x5 and 3x6]3x5:
Spector's legal team are determined that he will never stand trial. Anderson and Ferrington make a discovery from the past that may help Gibson build her case.

3x6:
The series concludes as Gibson and Anderson put fresh evidence to Spector, with explosive results. Spector's new-found friendship with another inmate develops, with devastating consequences.

Friendly reminder that the last two eps of the season both air next week:

The final two chapters of #TheFall will air in the same week. Don't miss them! pic.twitter.com/tD8oqKy05B

Yes, the show is already back and the season is almost finished. It comes to Netflix on October 29.

Such a bop! The song is so them i like it, the music video is kinda cartoon network-ish lol but it's cute.
Soooo this is my first post lol

Dear mods, please ignore my previous post. I forgot to insert the source, thanks!

Chats about Benedict Cumberbatch's loyal fan following and having parts of her bike stolen in LA. 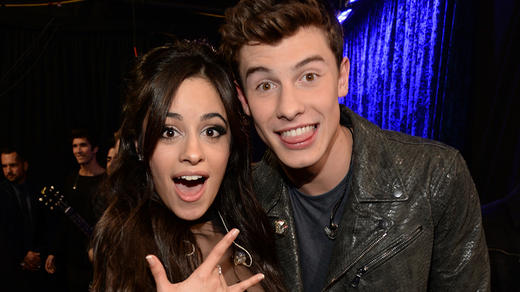 how did karla influence your life?

- antm 23 will debut on vh1 on monday, 12.12.16
- the new season, which will feature an all-female cast of aspiring supermodels, will see the show return to new york city
- supermodel and fashion icon rita ora will serve as this season's host
- joining ora will be a judges panel that consists of supermodel ashley graham, paper magazine chief creative officer drew elliot, and celebrity stylist law roach

Misty Upham, an actress from the Blackfeet Nation, went missing on October 5, 2014. Without the help from police, friends and family found her body 11 days later at the bottom of a cliff.

Her father, Charles Upham, released a trailer for a documentary on her disappearance, her death and the aftermath.

Ahhhhh!!! Us when we heard we were #1 on the UK @officialcharts! 😭😂❤️💃🙌 #ShoutOutToMyEx THANK YOUUUU! 😘 the girls x pic.twitter.com/YBPoaLz0N1

Only a few days since my last Roloff post, but I can't help it that these assholes have been giving me so much ammo lately.

audrey at her wedding. i've circled her in this photo bc i know it might be hard to pick her out in that sea of whiteness.

Audrey Roloff has landed in hot water again after posting an instagram story that implies she might be a fan of a certain orange bridge troll muppet running for President. I can't find any screenshots of her insta story, but here's a summary from Spiritswander, the best blog for anyone who hates the Roloffs as much as I do:

Last night, Wednesday Oct 19th, the Presidential Debate was held. Audrey had earlier posted a regular Instagram photo with a long description about how the world needs more people that are compassionately curious and less people that are carelessly critical.

Audrey then posted several Instagram Stories (the short video clips) from the debate. The clips were of Donald Trump speaking about Hilary Clinton's faults, Trump mentioning Clinton's "criminal emails, (Audrey inserted smiley faces), clips of Trump asking how can Clinton run for President of the United States when she should be in jail?" Audrey finished it up with Donald Trump's closing words from the debate.. "We cannot take 4 more years of Barack Obama and that's what you get if you vote for Hillary Clinton". A female voice in Audrey's video (which her followers obviously assume to be her own) can be heard loudly exclaiming "That was GOOD!"

Some fans expressed disappointment that she was a Trump supporter. Audrey was not pleased with these baseless assumptions!

do you think audrey roloff is a trump supporter?

Lady Gaga talks about not caring what people think of her new album "Joanne" on new interview:


“Opinions are like assholes; everybody has one,” she says. “Definitely I did not make this album with the opinion of the world being thrust at me constantly through the toilet of the internet. I used the opinions of Mark Ronson and my collaborators – and my own opinion. Because I have to trust my own opinion. Not to sound arrogant, because I truly don’t believe I’m an arrogant person, but after selling 80 million records, you gotta kinda go: ‘OK, why the f**k right now would I throw in the towel and worry what everybody thinks of me?’”


Do you care what people think of you?

Bella Throne's ex and Faking It actor Greg Sulkin has come up with the greatest slogan for female empowerment since 'We Can Do It'. Reclaiming Trump sexist mantra with one that encourages men to grab women by their cranium.

Grab Her By The Brain is an initiative dedicated to empowering females of all ages. Honored to take part. https://t.co/9mDt99ygAE pic.twitter.com/wC7ch5VlRr

ONTD, do you want men to grab you by the brain?

Are you just a regular girl, ONTD?

* Perrie was living with Zayn in his north London house before the breakup.

* Perrie:"while I was in America things really hit me and I realised I was homeless. I was crying everyday" :(

* She realised she had ‘nowhere to go’ when she was in America and was homeless soon after the breakup, resulted in her mother calling her she was so upset.

* Couldn't rent as she had pets

* Luckily someone offered to let her stay in their guest cottage, so she moved in until she had time to buy her own house.

source 1 2
Homeless is homeless regardless of income bracket. As it says if you read the post she couldn't rent because of her pets, do you expect her to buy a house in London while in America??

It's a really sweet video and you should watch it!

The song itself is about gaining new appreciation for someone you've been in a long relationship with, but the video takes a different approach. Andy Grammer approaches homeless people living on Skid Row in LA and provides them with a haircut and new wardrobe. He is donating all proceeds from the video to the Union Rescue Mission in LA and at the end of the MV, asks viewers to donate here.

In an interview with LA Weekly:

- Grammer used to be a street performer in Santa Monica and became friends with the homeless people in the area. He stated, "When you work on the street, it's not just some [homeless] guy you're walking by. His name's Brian."

- Almost the entire budget for the video went towards haircuts, clothes, and food for the 50 homeless people they reached out to

Remember back in June when I shared the BTS drama between AMC and popular spoiler site 'TSDF' (The Spoiling Dead Fans)? Well, it seems like TSDF have finally had enough! Earlier today, they expressed on their Facebook page that they will no longer continue to bring episode spoilers.

Here's what they expressed:

Ciara and Russell Wilson are reportedly having a baby. https://t.co/mHNPEepehu pic.twitter.com/XEajA3YmjW

ONTD, are you suffering from baby fever? 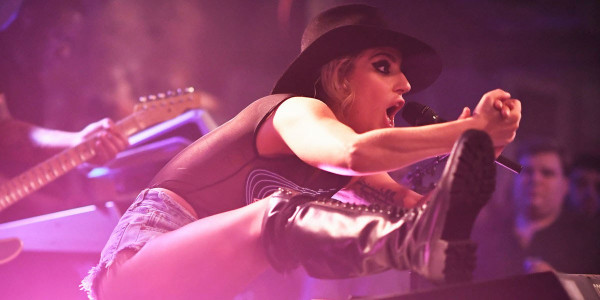 Lady Gaga brought her career full circle as she performed at NYC's The Bitter End, a bar she sang at before fame, as part of her three-date Bud Light Dive Bar Tour last night.

During the set, Gaga played six songs, including the promo singles "Million Reasons" and "A-YO." She also performed the title-track "Joanne," gave a heartfelt performance of "Grigio Girls," and introduced NY-glam track "Just Another Day." Gaga was joined on stage by the album's executive producer Mark Ronson and her longtime friend Brian Newman.

Shortly after finishing her live set, she took the show to the bar's roof to perform "Angel Down" for fans who couldn't get in and waited for her outside.

Did you PURCHASE your copy of Joanne yet, ONTD?

-The concert film, Madonna: Rebel Heart Tour will premiere on December 9 at 9 p.m. ET/PT on SHOWTIME, on-air, on demand and over the internet.
-The show was shot a few months ago in Australia (Brienne of Tarth from GoT makes an appearance in the teaser)
-Produced by Live Nation Global Touring, Madonna visited 55 cities around the world and grossed $170 million in ticket sales.
-Costume designs by Arianne Phillips, Alessandro Michele for Gucci, Alexander Wang, Fausto Puglisi, Jeremy Scott for Moschino, Nicolas Jebran, Miu Miu, Prada and Swarovski.

Kanye returned to Twitter today to share a happy birthday tweet to his wife, Kim Kardashian. He included a 5 minute long video of various home movie clips of Kim throughout her life, largely filmed by and involving her father Robert Kardashian.

Like I know this whole family is so over the top and generally the worst, but this video legit had me tearing up??? Both of my parents are alive, but it had me emotional thinking about how much I love them!!! It's a nice gesture from Ye. Sometimes I forget that they've both lost parents.

Hello, what have we here? Donald Glover is Lando Calrissian in the untitled 2018 Han Solo Star Wars Story. https://t.co/ChueOBd0fv pic.twitter.com/54JOBM1P9K

“We’re so lucky to have an artist as talented as Donald join us,” said Lord and Miller. “These are big shoes to fill, and an even bigger cape, and this one fits him perfectly, which will save us money on alterations. Also, we’d like to publicly apologize to Donald for ruining Comic-Con for him forever.”

The currently untitled project is set to release in 2018.

Source
What do you think of the casting news?

- He's playing the father of the main character, who goes missing.

I am very happy about these turn of events.


On the album includes the song Oh My God with the lyrics
Oh my god, wish I was black
Wish I had soul and my music attacked
I am so white, shine like the sun
Just like we've been counting down to the one

Thoughts ontd? do you wish you were black? For those who have cut the chord, PBS is going to live-stream the "Hamilton's America" documentary through Facebook Live beginning at 9 p.m. EST! This will be the first time PBS has live-streamed one of their Great Performances.

Tune in here for the livestream!

For those cool kids watching live tonight, let's discuss! Mods, if this could be up by 9 p.m. EST, it would be much appreciated!

"Star of the Morning"

Britney showed you what's easy in a recorded segment that aired on Channel 4's Stand Up to Cancer TV special.

FINALLY! here for potro and for chava to fall off at any point

The songs from 2x01 are already available on iTunes, including the new theme song, because their hustle is glorious like that.


Did you enjoy the season 2 premiere, ONTD? What were your favorite parts?

About: An adventurous girl finds another world that is a strangely idealized version of her frustrating home, but it has sinister secrets.

“I don't know what to say,” he offers. “I don't know how to be cool. You know what I mean? That's not in my nature. I only know how to play one way. I can't, like, decide to turn the switch on and off. I'm not good enough to do that.”


Are you ready for the new NBA season ONTD?

Known for the super normal and not at all weird way they announced their pregnancy, the couple has now welcomed their first child. They named her...

Cute name tbh! Not what I expected

their first child Christopher is one
Collapse