February 25th 2017, Digimon Adventure Tri - Loss. I have so many questions. The ending left me shocked and amazed. 😐 #DigimonAdventureTri pic.twitter.com/hVYR0goc94

- Ova 3 Confession was released this weekend.
- Ova 4 Loss will be released on February 25 and it features Hououmon.

Excuse of a post to talk about 'Confession'. Goddamit. right in the feels.

The show was on air between 1998 and 2006. The cast reunited this weekend and posted pics on their social media.

The 2016 presidential race is teeming with raisins. Sorry…scandals.

Will announced that he married his girlfriend, Sue, yesterday!

Fantasia got dragged for filth by social media after it was announced that she'd be headlining an "All Lives Matter" concert in her hometown of Charlotte. The concert has been moved to next week for unknown reasons.

Feeling the Heat, Fantasia and her husband recorded a video for her Facebook. Fantasia asserts that all lives do matter - citing religion and the fact that she has bi-racial family members.

Ironically, all of the performers at this "All Lives Matter" concert are black. (Anthony Hamilton, John P. Kee, Dennis Reed)

"All Lives Matter" is more often than not used to argue against any mention of "Black Lives Matter." Most people who cling to the ALM statement are offended by the notion of black people asserting that their lives matter too. Hence why it's problematic for a prominent R&B performer to not get any of the aforementioned.

Remember that post from back in August, that insisted there would be a huge casting stunt that everyone on Twitter would obsess over? Well, the big reveal happened last night, and Twitter didn't seem to care at all.

Heads-Up: There's a decent chance you'll get an answer to this blind item tonight. https://t.co/nuraFj7s1E pic.twitter.com/dJmkwTg9M6

Based on the last post here, it was going to be a seriously big casting news. It would shock everyone, and we'd all be going nuts about it on social media.

My man JB and his friends dropped their new comeback "Hard Carry" out of their "Turbulence" Mini Album, serving dance moves and BTS realness. 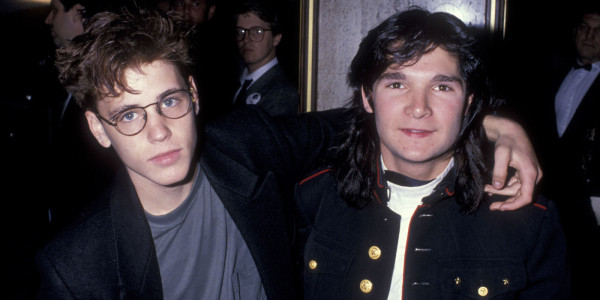 This is not the person Radar Online was supposed to name. It's the other person who abused Haim. The same person who's been commenting Haim posts for years, trying to point the finger at someone else.

Previous plans to release a new album in 2016 have since changed and the band will instead be playing their album The Devil and God are Raging Inside Me in full nightly to celebrate it's 10 year anniversary during their fall tour starting October 13.

Have your favs ever done something that disappoints, but doesn't surprise you?

Not to be outdone by Marvel and its constantly delayed Civil War II, DC announced today that their own constantly delayed major book, The Dark Knight III: The Master Race, is adding a ninth issue to its originally planned 8-issue series. DC granted this issue by request from writers Frank Miller and Brian Azzarello.

Issue 9 is expected sometime next spring (and by that they probably mean end of summer). Issue 6, planned for release this past June (which should have been April if the book kept its original monthly schedule), will be released October 19.

i forgot this existed, tbh. when will these companies learn delays kill their books?

Vanderpump Rules' season 5 teaser is here and has so many tears (and major wedding drama): https://t.co/IBtmZ3GsNV #pumprules pic.twitter.com/jkzjc1gK96

-James calls everyone "Fucking Losers"
-Lala gets accused of sleeping with a married man
-Katie has new hair again
-Stassi is back being friends with everyone and Brittany is now working at SUR
-Premieres November 7!

Watch the trailer at the SOURCE

They're coming together to film a Hillary Clinton related episode.

After much hype including appearances on 'Ellen' and a set at the iHeartRadio festival, onsales for Ariana Grande's upcoming tour appear to be off to a sluggish start. Interactive maps on Ticketmaster show that virtually every show, which went onsale this past weekend suffered poor sales.The news comes days after Ariana brought back manager Scooter Braun to run her career after disappointing sales with her latest album.
Take a look at two shows below, which show the BLUE dots as unsold seats. Yikes! 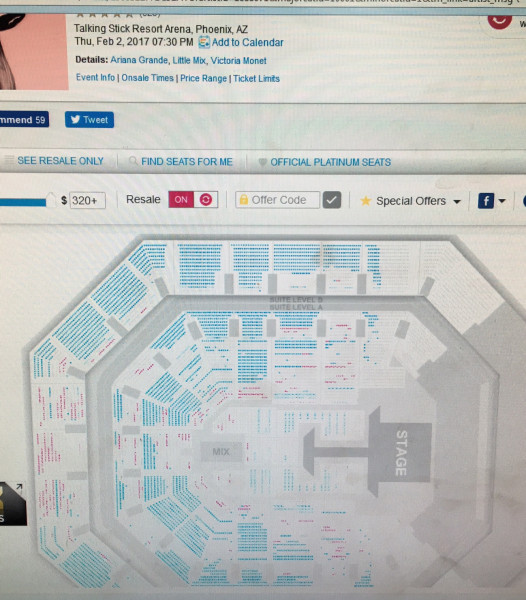 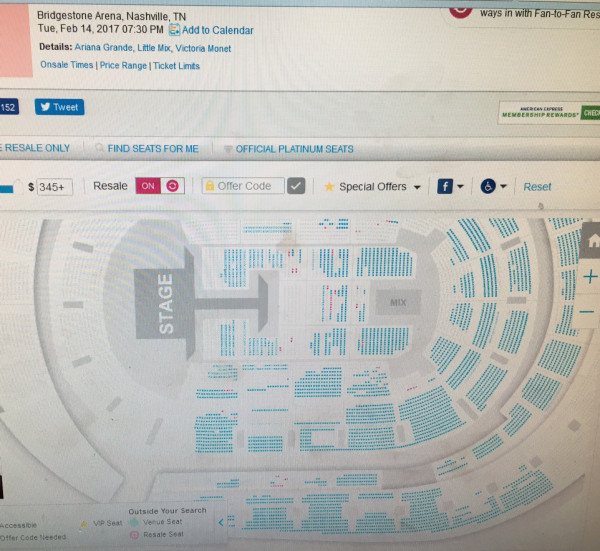 So...
this is why I'm in Ireland :)
Grateful and honoured to be part of this production.
Thanks @HistoryVikings !!!#Vikings #dreamjob pic.twitter.com/T9qaHfMvY4

"A dark and desolate forest. Somewhere. Sometime. The Nonesuch – eerie, overpowering alien creatures – have forced humanity into hiding in a vast system of underground bunkers. From this underworld the survivors send young soldiers to lookout posts on the surface to protect the few remaining stragglers."

Details are scarce but the official anime's twitter confirmed that the second season is happening and slated for a 2017 release.

Nev Schulman, star of MTV's "Catfish," took to Twitter today to share his disgust with Donald Trump's Snapchat filter. In his tweet, Nev said "This only begins to express how disgusted I am with Trump and how disappointed I am with @Snapchat #debates." He shared a photo of him giving the middle finger with Trump's debate filter.

This only begins to express how disgusted I am with Trump and how disappointed I am with @Snapchat #debates pic.twitter.com/HRzYcUBeCh

Not using your voice to help impact change is criminal. Every single one of us can DO SOMETHING!!! share information, get to know someone from another culture, vote or volunteer #SilenceIsConsent

Bow's brother (@DaveedDiggs) is in town and stirring things up! #blackish pic.twitter.com/PUYpmcZxyB

Are you gay up until the port of intercourse ONTD?

Netanyahu is jeered by Broadway crowd as he goes to watch Hamilton https://t.co/9NLku9dlhW pic.twitter.com/KCwEXOu28E

- a couple of women tried to get through his security and were escorted out while yelling "Free Palestine!"

- was in NYC to meet with the presidential candidates

''The title of Ava DuVernay’s extraordinary and galvanizing documentary 13TH refers to the 13th Amendment to the Constitution, which reads “Neither slavery nor involuntary servitude, except as a punishment for crime whereof the party shall have been duly convicted, shall exist within the United States.” The progression from that second qualifying clause to the horrors of mass criminalization and the sprawling American prison industry is laid out by DuVernay with bracing lucidity. With a potent mixture of archival footage and testimony from a dazzling array of activists, politicians, historians, and formerly incarcerated women and men, DuVernay creates a work of grand historical synthesis.''

For all those Something Corporate/Jack's Mannequin fans... he's back!

- According to reports, while Lady Gaga’s name appears to be the front-runner to perform at Super Bowl 51, sources are claiming that she’s facing stiff competition from Britney Spears.
- A Popjustice contributor who goes by the username Goldsoundz is now claiming that Spears could be putting up some stiff competition
- “I’m trying to keep quiet, but Britney and [her] team are in the middle of a big negotiation for a huge event,”
- Gaga is not yet confirmed.

I have a vomit bag, anxiety medication and a cyanide capsule ready in preparation for #debatenight

The Marlins will retire No. 16 in honor of Jose Fernandez https://t.co/mlQM0675d5 pic.twitter.com/8iFvyedorF

If you're not in the mood to cry, then this post is not for you.

The Marlins announced earlier this afternoon that they will retire the number 16 that once belonged to Jose Fernandez. The 24-year old star pitcher passed away early Sunday morning in a boating accident.

The Marlins are currently playing an extremely emotional game against the New York Mets. Before his death, Jose Fernandez was supposed to start against the Mets tonight.

The Marlins are currently up 7-0.

The team asked the MLB for permission to wear Jose's jersey in his honor during the game.

What a beautiful shot of Yoenis Cespedes sitting in the Mets dugout during the pre game with Jose Fernandez's jersey hanging pic.twitter.com/NAXlFRegtG

The New York Mets, amongst many other teams around the majors, hung jerseys bearing the name of the Cuban star in Fernandez's memory.

Didn't invite the Mother of my child to a baby shower you all were trying to throw for me ‼️? You all must have lost your damn minds ,,,🙋🏿


About: Ready yourself for a murder adventure hosted by Karen Kilgariff and Georgia Hardstark, two lifelong fans of true crime stories. Each episode the girls tell each other their favorite tales of murder, and hear hometown crime stories from friends and fans. Check your anxiety at the door, cause Karen & Georgia are dying to discuss death. 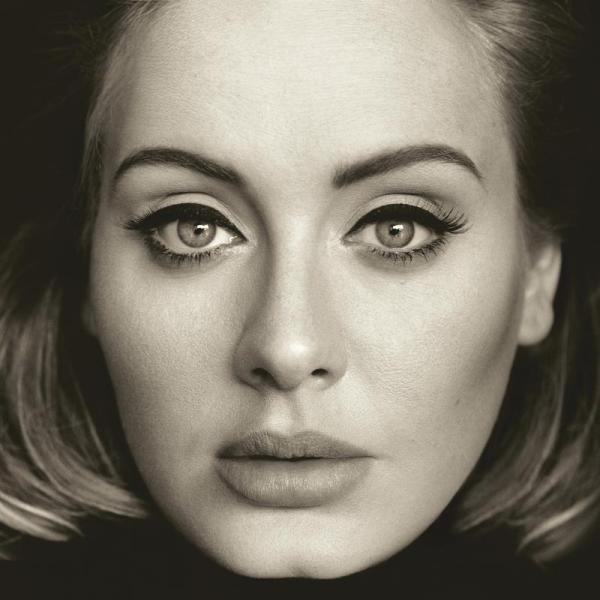 Adele's 25 was certified Diamond by RIAA on September 20th, exactly 10 months after its release.
It is her second consecutive diamond certified album, after her sophomore album 21, which was also certified 14xPlatinum the same day as 25's diamond certification.

when will your faves, ONTD?

Solo Harry Styles is rising! He covers the Autumn/ Winter 2016 issue of Another Man. He's interviewed by Paul McCartney and Chelsea Handler.
( Collapse )