On September 15th, the first Digimon Tri English dubbed entry was released theatrically (no word on home video/streaming release tho), and half of the original dub cast returned. Reprising their roles are:

Yesterday the following promotional image featuring the Backstreet Boys leaked online. While the official accounts for BSB as well as Planet Hollywood have neither posted the promo nor commented it appears to be the real deal. This also falls in line with a statement made by Nick Carter earlier this year that the group had signed a multi-show deal with Live Nation to essentially test the waters for a more permanent Las Vegas residency. If you check the show calendar for the Axis at Planet Hollywood there are also currently gaps in shows in March and June which seems to confirm these dates are slated for the not yet officially announced test residency.

Source
On a more personal note my birthday is in June and I am currently accepting donations. 😇 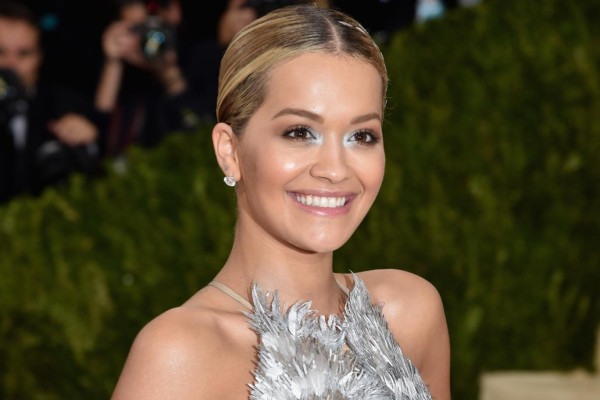 - rita sahatçiu ora's 2nd album will be very personal
- the hitmaker signed a new deal with atlantic records uk - following her departure from jay-z's flop label roc nation
- "it's just everything from my personal life to what i couldn't do due to previous situations and now being free. i've never been freer than i am right now. it's about everything from being a refugee, from flying in from kosovo and living in london, having this amazing city that's crazy and full of lights -- talking about real stuff."
- the antm host is now in london recording every day with the dream team. then fly to la in october to finish the album

THIS GUY! #Alpha5 to be played by a great American in #PowerRangerMovie https://t.co/bNouC3XDqt

Tell me how that goes...

Offered without comment - The Sun's response to Emma Watson addressing the UN about gender equality and sexual assault pic.twitter.com/KQ0MPSJGbL

Source
Have a nice day.

According to Variety Paramount Studios has yet again changed the release date for Rings, a sequel to Gore Verbinski's 2002 remake of Ringu - The Ring.

The film was originally scheduled to release in November of last year and was then moved to April 2016... and then October 2016... and now February of next year.

The latest installment of the Friday the 13th franchise - which was originally slated for a January 13, 2017 release - is also being pushed to October which really doesn't come as much surprise considering it doesn't look like they've shot any of it yet. The film has been in talks since the terrible 2009 reboot.

Allegedly the reasons for the films getting moved around so much is that Paramount is expecting to take a $115 Million loss on the coming soon to "How Did This Get Made?" film Monster Trucks that releases in January of next year.

Source
A delay doesn't always necessarily mean that something is awful but this sounds like a mess to be honest.

Bradford Young (Ain’t Them Bodies Saints, Selma, and A Most Violent Year) have confirmed he’ll be shooting the Han Solo prequel film, set to begin production in January 2018, starring Alden Ehrenreich in the lead role.

I'm salty af about men in general this morning and this movie
shouldn't be a thing (Leia is way more interesting) but hell, congrats!

SNL is back next weeknd! pic.twitter.com/YotxBPUFF3

- The film is written and directed by Paul Dano
- Based on the Richard Ford novel, the story tells the tale of a boy who witnesses his parents’ marriage falling apart after his mom finds another man.
- Jake is also one of the producers of the film
- Fun fact, this is the first time Jake and Carey have acted together. The source is wrong, the two actually starred in Brothers together previously.

Why is there no Paul Dano tag?

Tickets will go on sale starting at 12 PM on Friday, September 30 at CLTOUR2016.com.

Are you ready for Captain Flint in space, ontd?


Did you put out the best pop album of the year and then flop on the promo, ONTD?
Thanks to

dafabulouslife for the tip!
Source 1
Source 2

Katy Perry recently debuted a new line of shoes called Katy Perry Footwear. She collaborated with Hong Kong-based fashion company Global Brands Group to create the shoes, which will retail for $59-$299. The pop star-turned-designer cites Charlotte Olympia, Sophia Webster, and Kurt Geiger as her fashion inspirations for the designs. Perry's footwear collection will reportedly be available in Spring of 2017.

To promote the line, she gave an interview in which she also discusses her upcoming studio album.

"It's very colorful, very funny, very tongue-in-cheek. I have a heel that is based on one of my trips to Cuba, and the heel is actually a cigar."

Would you buy ha shoes?

74-year-old Terry Jones has been diagnosed with dementia and can no longer give interviews, according to his spokesman.

Following the leak of their Las Vegas Residency promo image yesterday the Backstreet Boys have officially announced their residency at Planet Hollywood in the above video. They will be performing in Las Vegas in March and June of 2017 and if the run goes well they will negotiate a more long-term residency with the venue.

Sources: Twitter and my email
No show on my actual birthday but I'm gonna work out a trip regardless ❤❤

@itsacheerocracy Word on the street is Smallville will be heading our way in October! Stay tuned!

It's confirmed! Hulu will begin streaming all 10 seasons of Smallville starting October 1st, just in time for the show's 15th anniversary. You'll finally be able to (legally) binge watch 160hrs of Clark Kent coming to terms with his superhero powers, only to be disappointed by the 2-second appearance of him in full Superman gear.

Lois Lane Jodi thanks you for your time

-The new National Museum of African American History and Culture, which will be inaugurated tomorrow and it will feature an Afro-Latino artist.
-The Afro-Latina singer Celia Cruz, known as the Queen of Salsa.
-Celia's career lasted more than 50 years.
-The curators want to show the similarities and the differences of the black diaspora in the Latin countries.

Playboy covers (yes, there are two!), photos, quotes under the cut!
( Collapse )

I'm digging these covers + that intro to Masochism tbh!

Phical isn't holding the delusion back. OH AT ALL 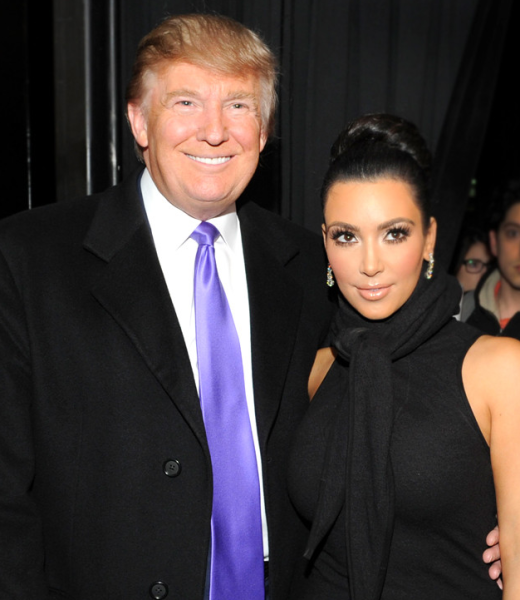 “At first I thought, ‘Oh my God, I’m so Hillary,'” Kardashian said during her wonderland interview (quotes from the hardcopy of Wonderland). “But I had a long political call with Caitlyn last night about why she’s voting Trump.”

The Kardashians have a lot in common with Trump from fake charity donations to business fraud to racism.

I wonder what the genius visionary Kanye Disney Picasso Gates Kardashian thinks of this ...

"There's a huge segment of America that still think what he did to Jennifer Aniston was just wrong and are overjoyed that the wicked witch lost her husband,” Jackson, who's probably been reading ONTD "karma" comments, says. “There's another segment that think it is sad and there's a dissolution of another family. I don’t know why it's everybody's business, or why people care anyway.”

ONTD, do you honestly believe in "karma"?

It better not be another 'Infinity' tbh, what sound do you guys think it will be?

The studio is in kind of a tough spot, and they're insisting this isn't a joke. It is a stunt though.

This is a world where a movie came to frutition from a child's imagination so.

source
what is your opinion of these fabrics arranged in this orientation, ontd?

the caption translated by TIME:
"I also don’t usually talk about my private life which until now I’ve always protected attentively … But the fury of the tabloids, the venal stupidity of some people calling themselves journalists, the haters who feel braver behind a keyboard, drive me to speak of the pride, love, respect and admiration I have for Marion staying as strong and intelligent in the face all these stupid and unfounded accusations. I think we’re all living with much more important things at this moment and now it’s time to move on and raise the bar a bit. Even if there’s so much work for some, I want to be positive. And as Marion said so well I hope you get better and aspire to something in your life than constantly sending s—!”

- there are no plans to end the series anytime soon.
- it had the potential to run for years in a multitude of ways with additional spinoff series possibly being created
- Fans have asked for a spinoff featuring Norman Reedus’ beloved character, Daryl

Ryan Murphy Admits to 'Infighting' on the #Glee Set: 'We All Got Too Personal' https://t.co/NknuweiosO pic.twitter.com/PzGo6Yfx32

.@priyankachopra NEVER had to audition for any of her 50+ film roles before snagging the @QuanticoTV lead. https://t.co/cnZGBAwDN2 pic.twitter.com/QvUvrHyi2e

- Chopra says her beauty pageant pedigree helped open many doors for her in Bollywood.
- People kind of knew who she was and she was cast in movies because it made sense.
- She had never been in a sterile room with seven people sitting there and had to perform, until her audition for "Quantico".

Albert feels he needs a greater role in public affairs, and becomes involved in the anti-slavery movement. Victoria matches wills with the Duke of Sussex to see that her husband is granted more respect, while Skerrett faces a dilemma when she realises that the only person who can save her cousin and child from certain death is the man she trusts the least.

About: A film set in a strange afterlife way station that has been reserved for people who have committed suicide. Have an score of 7,4/10 on IMDB.

During an interview for "Hunt for the Wilderpeople", Neill talked about his next film. "Oddly enough, I'm not really allowed to say this, and I can't tell you what it is, but I am actually - I did a couple of days on Thor right before I came over here [...] I had to sign all sorts of things. If I say anything else, Marvel's secret agents, and they are lethal, will come and get me and probably my children as well."

source/source/source
I hope Neill has a scene with Goldblum
favorite unexpected onscreen reunions?

''In their secluded farmhouse, a mother, formerly a surgeon in Portugal, teaches her daughter, Francisca, to understand anatomy and be unfazed by death. One afternoon, a mysterious visitor shatters the idyll of Francisca’s family life, deeply traumatizing the young girl, but also awakening unique curiosities. Though she clings to her increasingly reticent father, Francisca’s loneliness and scarred nature converge years later when her longing to connect with the world around her takes on a dark form. Shot in crisp black and white, the haunting visual compositions evoke its protagonist’s isolation and illuminate her deeply unbalanced worldview. Genre-inflected, but so strikingly unique as to defy categorization, writer/director Nicolas Pesce’s feature debut allows only an elliptical presence in Francisca’s world, guiding our imaginations to follow her into peculiar, secret places.''