- someone on twitter spotted them walking Lee's dog.
- they were spotted 2 years ago at the same park. lol.
- Richard is rehearsing for an off-Broadway play with Amy Ryan and Zoe Kazan
- Lee is training for the New York Marathon

From Hiddleswift to these guys, how lowkey do you keep your b/romance, ONTD?

- Sources tell Billboard that Gaga is being courted for the 2017 Super Bowl, thanks to her National Anthem performance earlier this year.
- No final decision has been made yet.

Oliver Stone: the DNC hack was an "inside job," not Russia. https://t.co/iMsNkQKe1i pic.twitter.com/4M7tcywu0G

He said that he believes the DNC leak was perpetrated by someone from within the DNC, not Russians.

Stone called it an "inside job," and said that someone from the committee leaked the emails.

Justin Timberlake is down to collaborate with Britney Spears! BRB, crying a river: https://t.co/bjH3x89WK6 pic.twitter.com/s6noHq0mjm

- Last month, Britney expressed an interest in collaborating with Justin.
- When asked about it at his premiere, Justin said, "She did? Sure! Absolutely, absolutely. I have a 17 month old so I don't get the headline news. I apologize for not being in the know…I'm accessible, give us a call!"

Ranger Freddie Gonzalez teams with an old enemy; the Geckos must defend against the Jaguar Warriors.

Protesters took to the streets in Minneapolis this weekend over an upcoming HBO production https://t.co/tMSwjfiXqJ pic.twitter.com/vQipp8FI71

Mods, I hope the cut works.

The gods have answered your pleas. The #Vikings will continue to raid Wednesday November 30th at 9/8c on @HISTORY. pic.twitter.com/UWJGrrLSuG

Finally! But why is it moving to Wednesday though?

Basically, Jonah had an appearance last Friday on “Le Grand Journal”,and he started being ridiculized by Ornella Fleury, known as “Miss Meteo”.
Things got super awkward when she shared a "sexual fantasy" she had with him, “Anyway, here’s why I have a sexual fantasy with you Jonah – all I have to say is sexual fantasy and you guys laugh… guess I don’t need to finish the joke…” she quipped
“My sexual fantasy would be that we would meet up in a hotel room at night. We would chat, you’d make me laugh, you’d make me laugh a lot, and then all of a sudden you’d bring your friends DiCaprio and Brad Pitt… and then you’d go away.”

He fired back “I’m glad I came on this show to get ridiculed by the local weather girl,”. Ouch.

The vocalist of our generation, JoJo, has spent the past week counting down to the pre-order date (16/09) for her new album "Mad Love" (14/10) by releasing her tracklist song by song with acapella snippets across her social media. Unlike the tringle and all that other rubbish, these explicit, attitude-filled soulful clips fit a lot more with her personality. Also, her 16 second black and white acapella clips show more talent than than 99% of artists' entire careers today.

"I had a conversation with an agent friend over the weekend, a talkative bitch that seeks to remain anonymous. They were attending TIFF for a client (who will also remain nameless) and got chatting Oscars with other talkative bitches at a table at lunch".

"We all agreed the races are still wide open in every category," my friend confides, "but one."

"Barring an unlikely surprise, my friend is certain the Best Actress Oscar race will be between two A-list actresses. It'll be very heated and highly competitive, and not just because of the gold on the line! The heat will also be stemming from the real life acrimony between the two actresses, who I've heard from multiple sources "hate each other's guts!"

Who are the A-list actresses?

This is the MV for the first single off of his upcoming album, set to be released on October 21st.

Would have loved to see Quvenzhané Wallis in this. Crossing my fingers for David Oyelowo as the father.

Selena Gomez reportedly changed her phone number and told people not to give the new one to Bieber. 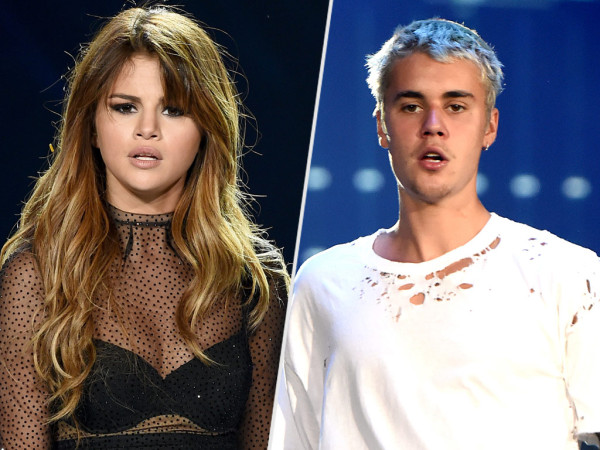 She is emotionally fragile and Bieber is a big factor to her issues so she's tryna get clean.mp3 (Copyright Taylor Swift, 1989), according to sources.
Thus she changed her number and told mutual friends to not give it to Bieber.

She is now focused on her mental health.

SourceSource
To what lengths have you gone to get over an ex, ONTD?

they also performed "Around The World" live for the first time on Later... with Jools Holland

please be kind ontd this is my first post!! :)

I need yall to know I got so many haters within the industry and these clowns know Im bout to crush their entire existance.

"I pioneered Williamsburg," and other insane quotes from this Adrian Grenier interview: https://t.co/xSHTIO7Aav pic.twitter.com/HavTeyJJyO

on plastic straws:
“We consume 500 million straws each day. The equivalent of 127 school buses filled with straws. It’s disgusting. There should be children in those school buses, going to school, to learn, not straws.”

on pre-gentrified Bushwick and Williamsburg:
“I pioneered Williamsburg. It got so gentrified that I had to come to Bushwick. I lived two blocks away, and then this place opened, and I couldn’t afford to live in this neighborhood. We used to have to walk three miles backward in the snow for a cup of coffee when we lived here. Now there’s, like, baristas and cold brew.”

how he defines himself:
“I’m a guy who cares about people. Acting is my day job, but at night, I get to be a superhero. There are superheroes, people who fly or have all these extraterrestrial powers or supernatural abilities. Everybody can be a superhero every day by doing very simple things. Change the world.”

ONTD, has your fav annouced that new music is coming by posting a pic of themselves in a bathtub while theyre bling-ed out?

Atlanta 1x04: “The Streisand Effect”
Paper Boi is tripping about this blog stuff but it's just Twitter bruh. It's just entertainment. Somebody needs to get Earn some money. Skreetmoney Worldwide man.

Tom Brady has learned that he doesn’t love strawberries or coffee by never having tried either at all, a commitment no mortal man could ever conceive of pulling off. “I’ve never eaten a strawberry in my life. I have no desire to do that.” Never? “Absolutely not.”

What are some of your eating habits many might think is weird/odd? I can't believe I'm agreeing with him but I'm with Tom on strawberries
source

In a rare move, Netflix actually cancels a show: Season 3 of #Bloodline will be its last on the streaming service https://t.co/nswTVS1zYj

-- Netflix announced today that Bloodline will be ending next year with its 10-episode third season.
-- The series has been pretty well-regarded and garnered two Emmy nominations for stars Kyle Chandler and Ben Mendelsohn.
-- This final season will be much more costly to produce since it is no longer getting any tax breaks after Florida cut its entertainment tax incentives program. (fucking florida!)

tbh, the s2 finale gave a very 'theres only one season left' vibe.

As for that double-standard: Nate Parker's been grilled at every turn, while no one's asked Casey Affleck a thing https://t.co/GHzmu3XJzy

- Mashable has asked why there currently isn't much media coverage about the allegations of sexual harassment made against Casey Affleck during the making of his documentary 'I'm Still Here'. Included in the Mashable article are the lawsuits that were filed against him by 2 female crew members who worked on 'I'm Still Here'. Both cases were settled out of court.
- Affleck is currently generating a lot of buzz for his acting role in 'Manchester by the Sea', with some suggesting that he may receive an Oscar nomination for it.
- But will there be as big of an uproar in the media about the allegations against Affleck, as there is for Nate Parker?

.@SofiaVergara is the world's highest-paid TV actress for the fifth year in a row https://t.co/bctaybuPiA pic.twitter.com/yrH0l0j3xA

(these numbers include endorsements)

- Ryan Murphy moved the show up a month earlier, and shortened the season from 13 episodes to 10.

- His reason for an earlier, shortened season is simple: "Do I really want to be watching a horror show post-Thanksgiving when we get to Christmas? I really don’t... I really love it in the beginning when it’s fall, when it‘s Halloween and before Thanksgiving. And then after that, I just don‘t want blood with my Christmas ornaments."

- Explains that the old formula would always see a small holiday-haitus, slaughtering the momentum of the season. This year there will be no interruptions & Ryan promises "the show is done by Thanksgiving."

Are you watching the premiere tonight, ONTD?
Source

The new #PokemonGO update is live! Which Pokémon did you choose as your buddy? pic.twitter.com/A68eQloiuc

"We continue to focus on eliminating bots and scrapers from Pokémon GO. Rooted or jailbroken devices are not supported by Pokémon GO."

This was to stop GPS spoofers but also made the game no longer accessible to players with rotted/jailbroken phones who never cheated.

Those that have Jailbreak or Root on their phone will receive this message when entering Pokémon GO pic.twitter.com/Mx7Wclbv8f

I just want some company... pic.twitter.com/hWLqAfWeCs

Can @Tinashe get her groove back with new single "Company"? https://t.co/ksIkdt9eb5 pic.twitter.com/NycpvuWKN1

While y'all expressed your heartfelt concerns of Sofia Ritchie, 2 weeks shy of 18, dating Bieber who is 22. Her actual father Lionel Richie was nowhere to be seen. But fear not, he was aware and present the whole time. 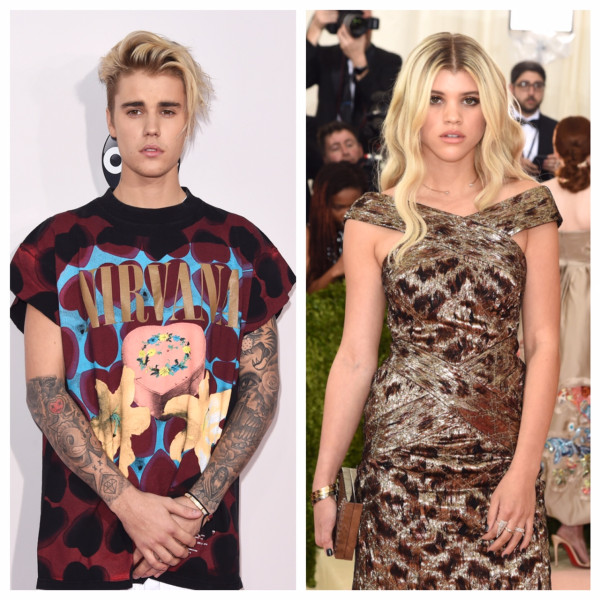 The man has finally spoken out, after being asked by cameras about it, he made some jokes about not being allowed to talk about it as instructed by his daughter, tried to dodge the question and then said he approved of the relationship. He also added "she's a tough cookie."

So there ya have it, ONTD. Lionel is also open to a collab with Bieber.

source
[Spoiler (click to open)]EFFFF YASSS Tyrell...Do you think he's another one of Elliot's personalities? I hope not.

10. The Offenders are sit on a cum-stained couch.

- The series premiere pulled in 1.8 million total viewers
- It's the biggest cable comedy debut since Inside Amy Schumer in 2013
- It's also the biggest premiere for any half-hour show since 2011

It was his final show before taking a break to continue the tour elsewhere. I also met Mike Ross from the tv series SUITS! Near the end of the video.

P.S I am MIND boggled that Aerosmith doesn't have a tag :(

*Note: I concert vlog for fun and I like to share my experiences. I am in no way trying to become a huge youtuber. I have a well paying job and I love video editing for fun so spare me the comments of me trying to up my subscribers. K Thanx. Hope thats ok Mods.

...and he is not romancing Miley so that's a good start

Ellen and Ian go to India in the second episode of Gaycation. You can watch it here.