No details about his character have been revealed.

While at a recent meet and greet with his band DNCE at the Plaza Patria Mall in Guadalajara, Mexico, Joe Jonas encountered a very excited fan who attempted to kiss him. Security was quick to grab her and push her aside, but the incident was caught on video and quickly went viral on social media.

This is the grossest meet and greet ever
pic.twitter.com/jvQtWeWJCs

The user who posted the clip of the incident captioned it: "This is the grossest meet and greet ever." Twitter stans were divided over whether Joe, the body guard, or the handsy fan deserved the most criticism.

Have you ever attempted to kiss your fave, ONTD?

She will play Cora Bender, a young mother who suddenly kills a stranger in a crowded park.
The psychological crime thriller is an adaptation of Petra Hammesfahr's novel.

Embed from Getty Images
(gigi trying to get into the ??? meme game)

-tommy hilfiger took over a pier at south street seaport for its ready-to-wear show friday
-gigi had to go back yesterday and do stuff like:

Eleven from "Stranger Things" tries pop rocks for the first time and meets a Furby pic.twitter.com/Z6dM15mcTb

*I was unbelievably behind on this show and finally binge watched Season 1 this weekend. So good!*

Introducing my subjective list of the 15 most beautiful (famous) women in the world. (For all I know their could be some cashier in Ohio or a bartender in Spain or scientist in Switzerland who blows all of these celebrities away, but they aren't famous so I don't know who they are.) Presented in alphabetical order:

Feel free to disagree with some of my (no-doubt in some of ya'll opinions, basic) choices in the comments. Also add your own picks with pretty, pretty pictures.

Source: My opinions and 30 images from Google cropped with my Photoshop skills.

I am living for this song just like every other track on Glory. Thank you for giving us the best pop music that 2016 has seen and most likely will see bb

Alexis had a long career that spanned decades. The cause of her death has yet to be determined. RIP.

R.I.P my sister Alexis Arquette. Another bright light gone out far too soon. Love to the family and all that loved Alexis.

Last night Katy Perry went on an epic Tweeting binge, replying to random stans and throwing shade left and right. Just some of the artists she tweets about include Lady Gaga, Taylor Swift, Kanye, and Beyonce.

Do u lash out at basics on social media?

source 1 + 2
looks like a fun but also pain in the ass movie to work on. also THEY SHOULDN'T HAVE DELETED THE MALL SCENE /forever bitter. 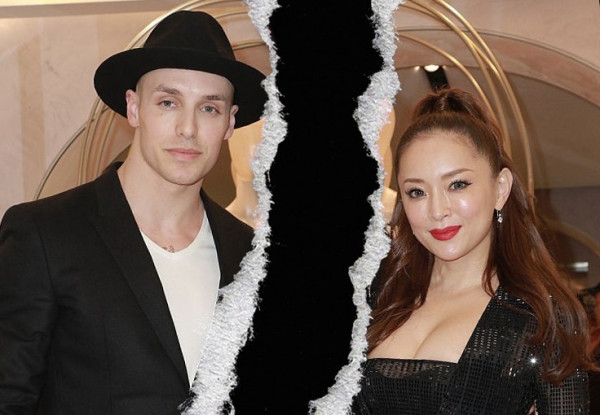 Ayumi Hamasaku posted on her official fanclub (Team Ayu) blog that she will be separating from her husband of three years Tyson Bodkin. The two met while Ayu was on vacation at Los Angeles in 2013 and got married a year later. He is a medical student at University of California Los Angeles. Below is a translation of her post regarding the divorce provided by the source.

Today, there’s something I need to tell you all.

My partner, the man who walked this road with me together for three years, and I have decided to part ways. He is walking his own path, and I will walk mine.

As far as this announcement goes, I’m writing here because I wanted you to hear it from me first. For now, I’m focused on rehearsals for the TA tour and recording new songs and will keep on going!!!

Have a lovely Sunday.

[Rumors about Divorce during the Relationship]
Divorce Rumors prior to Announcement
Throughout their three year marriage, Japanese media have been speculating that the two would divorce. One particular notable case was when she posted a picture of her hugging a man thought to be someone other than her husband with the following hashtags: #let’s forget something little by little“, #let’s anticipate a new something, #bye bye my love and #hello my love". Ayu responded with the following statement the same day this was reported by the media.

“Got nothing to report or whatsoever? I just used a social network during a fun night. It’s not as if anything sad has happened either. Even if, there just are such days. I’m human after all.”

It later turned out that the hashtags are actually lyrics from her song "you & me", but the disconnect between these hashtags, the image, and her relationship status invited continued speculation about an impending divorce.
This separation marks Ayu's second divorce as she was previously married to Austrian actor Manuel Schwartz.

Sources 1 / 2
ngl, this was obviously going to happen, especially considering how she talked about regretting moving to the US and "deserting everyone who was there for her all this time" on NHK Songs following with the theme/image of MADE IN JAPAN.

The US Presidential Election is on Tuesday November 8 this year, and celebrities are already hard at work trying to get young voters to hit the polls on election day. Although celebrities want you to believe that they care about getting the word out on the importance of voting, are these celebrities actually walking the walk like their "Rock The Vote" campaign urges? Let's take a look at some of the celebrities who have told you to "Rock The Vote" but haven't rocked it themselves.

Darren Criss: In 2014, Darren Criss was part of a star-studded "Rock The Vote" parody video of Lil Jon's "Turn Down For What," titled "Turn Out For What," that urged young people to vote in the 2014 Midterm Election.

Have you ever encouraged anyone to vote in an election you never voted in yourself?

The movie is based on the play 'Blackbird'. From IMBD: "When a young woman unexpectedly arrives at an older man's workplace, looking for answers, the secrets of the past threaten to unravel his new life. Their confrontation will uncover buried memories and unspeakable desires. It will shake them both to the core."

Tom Hiddleston, along with Swift, has been widely mocked for his bizarre PR antics with Swift, such as posing on a rocky beach and wearing that notorious tank top that says "I <3 T.S." His Marvel costars have also publicly joked about it. But will his career be able to recover?

Multiple Hollywood outlets are saying that Taylor Swift was "napalm" for his image and career prospects. It's no secret that he was and is desperate to be a leading Hollywood celeb instead of just a respected, well-known actor. Hiddleston's PR team seems desperate to sink its claws back into those James Bond casting rumours. His publicist "sources" said to Gossip Cop that he is still in consideration for James Bond (lol). Gossip Cop insists that the rumors about Daniel Craig being offered $150 million to remain as Bond are not true.

The next two movies on his IMDB page are Thor: Ragnarok and Kong: Skull Island with queen hippie Oscar-winner Brie Larson. If Tom was hoping to boost his status by dating Taylor, it seems to have backfired terribly.


ONTD, do u think his career will suffer?

''When the party is on, it is off the hook! Kate has only a few days to turn her life around before she turns Dirty 30, but with three besties and zero rules, anything is possible!''

- Despite negative reviews, the movie has beat Man of Steel
- The movie has also turned a profit, allegedly

Is the DCEU saved?

This is unacceptable. You should be proud to be an American. Especially on 9/11 when we should support each other. https://t.co/qFozwaH9Bu

Chris Tomson, drummer of Vampire Weekend, is embarking on his on with a solo project as Dams of th West. https://t.co/k4mj0xlWqP

Vampire Weekend drummer Chris Tomson is releasing his first solo project under the name Dams of the West. The album is titled Youngish American and will be released this fall. His wife directed the music video for his first single Death Wish. The album was produced by Patrick Carney of the Black Keys, and Tomson plays almost all the instruments himself. Also worked with Roger Moutenot, who has previously worked with Yo La Tengo and Sleater Kinney. When asked about the current state of Vampire Weekened he responded, "Online but away from the computer."

Synopsis: Ross and Demelza face financial ruin, and George plans revenge on Jud. Francis, meanwhile, tries to rebuild his life and extends an invitation to Ross and Demelza.

What did you think of the latest ep, ONTD? smh @ Ross

What the title says.

Quite a few celebrities, from Kate Upton to Chris Meloni, have spoken out strongly against athletes who do not conform to the standard posture while the Star-Spangled Banner plays before sporting events in the US. But there is one celebrity who stands above them all in resonating with true patriotic Americans:

Dear @NFL Any player wants to boycott the anthem on 9/11 should be asked to remain in the locker room until kick off. It's not their moment.

Look at all those likes and retweets! This tweet is possibly the most popular thing Lowe has done in years decades! So popular that even some guy troll, despite being from the very country that the Star-Spangled Banner lyrically shits on, co-signs it:

During his "heyday" @RobLowe did five things a day more deplorable than what Eric Garner et al were killed for. That's why they're kneeling.