Source
Get into this late summer jam

- You might know Mikey Day from being the white boy from Wild 'N Out or the David Blaine videos.
- Chris Redd was Hunter the Hungry in the most slept on movie of the summer Popstar: Never Stop Never Stopping
- Everyone except Jay Pharoah, Jon Rudnitsky and Taran Killam are coming back.

Season premier is October 1st. Host and musical guest are yet to be announced.

while some of her friends didn't show up ,Taylor supported gigi' s big night during her first fashion show as a "designer" in a collab with tommy hilfiger
Gigi also confirmed that taylor is back in the studio again. 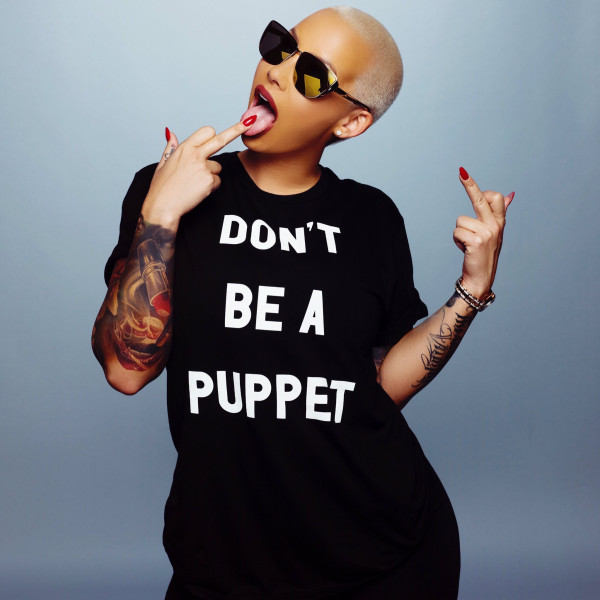 Are you excited about #PERFECTILLUSION gaga ontd?

Happy about the good reviews!

more videos at the source

His response to media outlets pitting him and JK Rowling against each other because Rowling supported Owen Smith and media thought he was a Corbyn supporter because he praised Corbyn at one point:

“No, not really. I've never been a supporter of anyone, it's just one of those things where you're being interviewed and you express an opinion and then it becomes 'this is what he thinks, now and forever'.”

“I always try and preface any comment I make on politics by saying that I don't belong to any party. When I first started talking about politics The Sun ran a huge thing about me being a Lib Dem, then later I was for Ed Miliband and Labour. First of all, I change my mind, and second of all I probably don't know enough at the moment to say who I support. I've been out of the country for most of the summer, and right now I don't know who I'd vote for. I should probably just stop talking about it because I'm on a hiding to nothing.”
( Collapse )

'The Birth of a Nation's' second #TIFF16 screening gets another standing ovation https://t.co/dbGWYbYCNa pic.twitter.com/2wH8wXsm3u

The audience at the Toronto Film Festival give Nate Parker's movie "another" standing ovation.
Supposedly his movie has been getting numerous standing ovations.
As the audience overlooks the numerous social and criminal controversy around him.
Apparently he is not giving interviews at these screenings.

Would you overlook someone's "alleged" past and see their movie anyway, ONTD?

'Ain't My Fault' is sitting at #28 worldwide right now despite zero promo or video. Bitch is coming.

Some foreign stores are reporting Tinashe's second album "Joyride" to be released on October 14!

the last date we got was ma ma pa pa pa perfect illusion, but I hope it's really coming this time

Kendall and Kylie's worst nightmare came true when they got stuck in an elevator last night: https://t.co/1qhcC9snC1 pic.twitter.com/sA5wLA0pnB

Kylie and Kendall along with some nobodies, Hailey Baldwin and Jordyn got stuck in an elevator on their way to some fashun show - probably - in NYC.

“We’re actually stuck in an elevator in real life, like I never thought this would actually happen,” Kendall astutely observes in another clip. “I’m genuinely so terrified and hungry, we needed to realize this stuff before.”

-They were in the elevator for 15 mins.

have you ever been stuck in an elevator ONTD?

Solange and her family attended the Kraftwerk concert yesterday, and Solange tweeted about the experience they had:

Let me tell you about why black girls / women are so angry....

We walk in, and one of my favorite songs, Machine, is on. I'm excited to tell my son about how hip hop sampled Kraftwerk. We are dancing.

Tyler and Jesse Posey + Emo Nite Staff made a western-style video. Who won the Plex? Was the Teen Wolf able to go to Emo Nite? Did he have to use his Alpha Powers tm to get into the show on a school night? The Posey bros were also guest DJs for the 9/6 Emo Nite show.

Did anyone go to this?

Laverne Cox like you've never seen her before https://t.co/mOoaZCX523 pic.twitter.com/2P3yxpVzr6

There's also a behind the scenes video which additionally includes Laverne as Leontyne Price and Josephine Baker.

Five part episode series starring Nathan as David, a divorcee who is told by a psychic he has five weeks to get rid of a 'black stone' growing in his chest before his body begins to decompose. The series also stars Jenny Slate as David's ex-wife and is written by Jenny's IRL ex Dean Fleischer-Camp.


In a recent interview, Pitt said that ‘The Passion of the Christ’ felt like watching an L. Ron Hubbard propaganda film.

Pitt also said that Gibson does violence extremely well, “Apocalypto” was a great film and that he’d like to make a film about Pontius Pilate.

Talking about politics, Pitt says he never thought Brexit would really happen and can't bring himself to the idea of a President Trump. 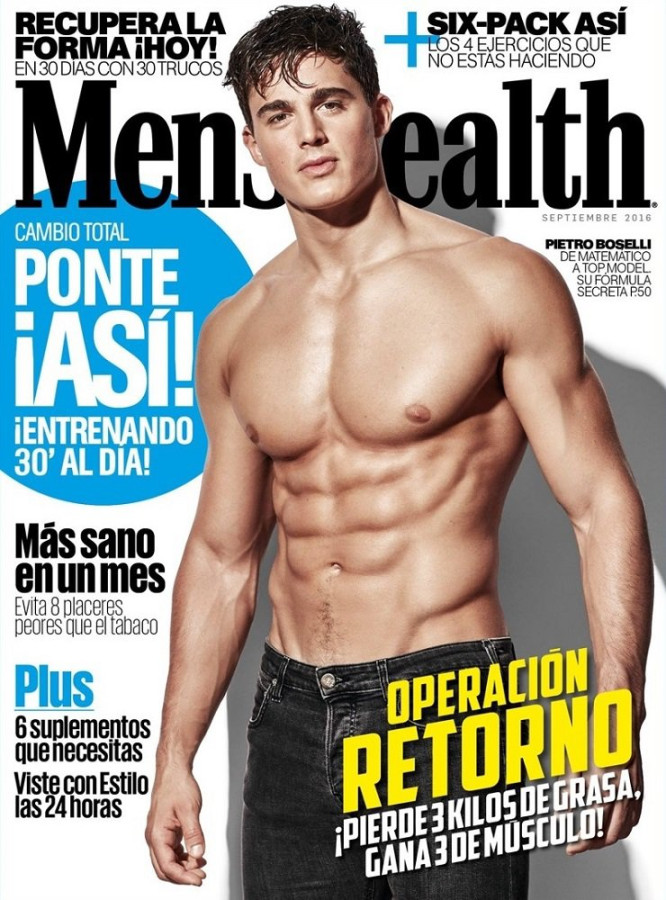 The world's hottest maths teacher is on the cover of the Spanish (and Mexican) editions of Men's Health this month. Do you like what you see ONTD?

Katy Perry started replying to fans on twitter earlier and when asked if she'd collab with Taylor Swift she said sure... if she apologizes (what for, ontd?)

And if you're unsure on what to do this Saturday night:

Just one day after posting two vaguely remorseful statuses on facebook, Azealia Banks took to social media to question those who vilified her usage of a certain derogatory word:

Society still has not and will not answer my questions as to why nigger and dyke are accepted parts of english's colloquial lexicon but the other word is not.

Society still has yet to address that sector white male privilege.

Trust me, I'm not not typing it because I "realize how much the word hurts" I'm not typing it because I don't care to deal with the type of people who usually come out to call me an ignorantcuntniggerbitch whilst trying to fight for the right to control my language and actions. These people usually shout and scream that it is not my place to give words other meanings, yet have no problem jamming along to songs in which I say nigger, by telling themselves that it's okay because I'm black and black people have re-claimed the word. These are the same people who have no problem calling me a bitch out of anger, then use the word bitch colloquially to refer to women.


She just had to make this about herself instead of owning up to her past shit. What a damn mess.

Gotta admire the kid's hustle. As long as he doesn't hit Sean Young levels of hustle...

His response was diplomatic and cute:

"Although, it seems, no one had broken the news to Oberyn Martell himself that the series’ return trips to his Dornish homeland were widely considered a letdown from fans and critics alike. “Is it?” he asked, wide-eyed and leaning forward. “Oh, no. I have to continue to support my lineage. My homeland.” I ask if, perhaps, he set the bar too high. “Are you trying to say I set my daughters up for failure?” He laughed. “I hope not.

“The fans are really disappointed in what’s been happening in Dorne?” he repeated, turning to look out at the blue New York sky, almost mock wistfully. Then he smiled, turning back, and all at once he’s Oberyn Martell again, if only briefly. “Well, I mean, you obviously have to give people time to get over a death like mine.”

Nikolaj Coster Waldau and Natalie Dormer should take tips from him on how to defend this show tbh.


Pike has been working in film and television for almost 20 years, but her breakthrough role for mainstream audiences was 2014’s ‘Gone Girl’.

Says that being selected by a director like that and having a role like that, which rarely ever happens to a woman, feels like beginning a new phase of her career. And being cast in that movie + getting an Academy Award nomination definitely helped a movie like ‘A United Kingdom’ get financed.

Feels admiration for the complex story of the Khamas, in which the movie is based on. David Oyelowo sent her the script and pictures of the real family and it was those photos that really sold her (they previously worked together in ‘Jack Reacher’).

She’s currently filming “Hostiles” alongside Christian Bale, Ben Foster and Stephen Lang. The movie is about a group of American cavalry officers involved in the incarceration of Native Americans during the 1890s.

This land has been paid for....over and over again. Tune in Wednesdays at 10/9c on @owntv. #QueenSugar pic.twitter.com/7Ab9g1Gqlr

- Reportedly broke up during Suicide Squad's promo tour
- Before they announced their split, Cara posted this message on her Instagram: "You can't live a positive life with a negative mind."
- Cara has been at Burning Man
- Supposedly they're gonna try and be friends but we'll see how that goes

- Octavia Spencer, who bought the rights to the book, will serve as executive producer.

- While there have been several well-done documentaries about Jonestown in recent years (The Life and Death of Peoples Temple is among the best), the last drama adaptation of Jonestown was the 1980 Guyana Tragedy, starring Powers Boothe as Jim Jones.

Our long national nightmare is finally over, as a result of a rare double-nomination with Tina Fey.

How Madonna lost a bizarre custody battle over her son: https://t.co/8nIiazyzXK pic.twitter.com/37XcEyY86c


Both parts reached a settlement and Rocco will be living in London with his dad, film director Guy Ritchie

The sage began when Rocco refused to return to the US after visiting his dad late last year, and according to Madonna, Guy didn't do much to make him return either. ~Sources say Rocco got tired of Madonna's 'soccer mom' parenting style and the final straw was when she confiscated his phone for not doing his homework.

Apparently Guy agrees that Madonna's parenting style is excessively controlling for a 16-year-old. She's been known for being a strict parent, which in this case means making her children clean up their mess and do their homework.

Rocco blocked Madonna on instagram at one point and posted a picture and described himself as a "son of a bitch".

He's attending a day school near his dad's home in London and spends the weekends at their country house.

It's official: @GameOfThrones is the most awarded drama in Emmy history! https://t.co/6FhAJLeLRX #GameofThrones #GOT pic.twitter.com/e3Y5CGF3pP

-- Game of Thrones won 26 Emmys during the course of its first 5 seasons, tying it with Hill Street Blues and The West Wing as the most awarded Drama programs in Emmy history.
-- The show now stands solo as the most awarded drama ever after winning 9 awards tonight at the Creative Arts Emmys ceremony.
-- Its 9 wins tonight also breaks the record for most Creative Arts Emmy wins in a single year, surpassing the record it broke last year.
-- The show is up for 9 awards next week during the Primetime ceremony in 5 categories. It will only need to win in 4 of those categories to break its own record for most wins for a single season (and thats not totally impossible either).
-- Fraiser is the most Emmy awarded series with 37 but that won't last much longer. GOT is now at 35. (SNL has the most in total but the TV Academy considers it a Variety Program and not a Series~)

this show is unstoppable

The victim-playing pop star has headed back into the studio, Gigi Hadid confirmed to ET.

So much for that break you spoke of!

Are you excited for Taylor's Perfect Illusion, ONTD?
Source

i love danny elfman's theme and those movies idgaf