Trying to make a bag of popcorn for movie night like ... With @williamknightt

Source
What's the worst cooking fail you've had or know?

You might remember that back in July the 2015 Playmate of the Year Dani Mathers posted a pic to her snapchat of a naked woman in the locker room of a gym making fun of her. She released a shitty non-apology where she basically said it was supposed to be sent to a friend and not published publicly since that somehow makes it okay. She subsequently got fired from her job and banned from L.A. Fitness.

Turns out that the LAPD has finally tracked down the 70 year old woman in the picture and she is going to be testifying against Mathers. Mathers is facing up to six months in jail for Dissemination of Private Images.

Source 1 and 2
Here's to hoping the woman can get some money out of this too.

- Lauren Holiday, two time gold medalist and world cup champion for the US Women's National Soccer team, has been diagnosed with an operable brain tumor in the middle of her pregnancy.
- Lauren's husband, Jrue Holiday, who plays for the Pelicans in the NBA, announced he's taking an indefinite leave of absence to take care of her.
- She'll give birth in mid-October and then a few weeks later have the tumor removed.

( Collapse )
Based off the short story "Story of Your Life" by Ted Chiang (and can be read for free HERE), Arrival follows linguist Louise Banks as she investigates mysterious aliens that have landed all throughout the earth. She tries to decipher their language for answers as to why they've come to our planet.

Because this is a movie adaptation, tensions seem to rise and for some reason mankind teeters on the verge of global war. Banks and the team (which includes Jeremy Renner) race against time for answers.

It's been getting very nice reviews from film festivals that also suggest it will be faithful to the tone and ending of the original short story. Critics really seem to love it but due to how cerebral it is there are doubts about how well it will do with mainstream audiences and Oscar voters.

On Friday Salma is greeted with Las Mañanitas by a mariachi band to celebrate her 50th birthday at LA movie set while she's filming the movie Beatriz At Dinner, she shared this clip on her instagram

She later had a little party with many friends, including messy actor/tv host Yolanda Andrade and model and entrepeneur equally messy Montserrat Oliver.


do you remember and miss their show Las Hijas de la Madre Tierra?
do you read their thread on LChat?

Brian May announces the naming of an asteroid after Freddie. The asteroid was first seen in 1991, the year Freddie passed away.

( Collapse )
Did you know that Brian May is also Dr. Brian May, a PhD in Astrophysics?

"Freddie Mercury sang, 'I'm a shooting star leaping through the sky' - and now that is even more true than ever before," he said.

"But even if you can't see Freddie Mercury leaping through the sky, you can be sure he's there - 'floating around in ecstasy', as he might sing - for millennia to come."

A source tells InTouch that Jennifer Lopez cut Casper off financially, but he refuses to accept the relationship is over and to move out, and has threatened with legal action if she changes the locks. Jennifer suspects it's her money what he doesn't wanna break up with.

Red Velvet teaser for new single "Russian Roulette"
The song will be out September 7, with a Pop-8bit sound

Last night during the Daredevil panel at the Toronto Fan Expo, it was announced that Charlie Cox is expecting his first child. His girlfriend is said to be due in the next few weeks and this has been the first mention of it to the public.

The announcement is made around the 8:26 mark.

Unofficially the rumor is his girlfriend is Agents of Shield producer Samantha Thomas. There is a baby registery here. Many fans are surprised because no one was aware he was dating anyone currently. Congrats to Charlie!

-They'll be playing themselves and appear in the third episode of this season in a plotline involving Jane's dad. Eva Longoria is directing this episode. 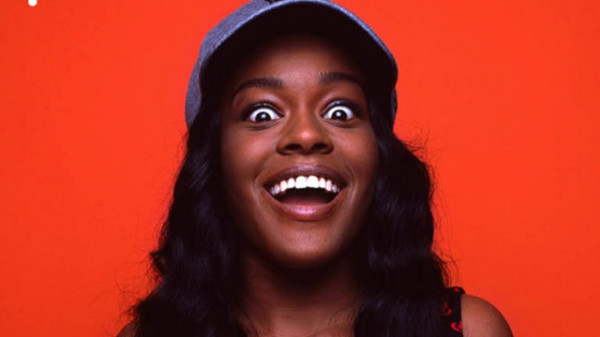 2012 rapper, Azealia Banks, announced that she will be selling her belongings via depop.com on Facebook:
"One day I woke up and decided I wanted to change. I took a look around at my surroundings and realized that similar to my emotional tendencies , I was holding on to so many things that I had no use for. Clothes I could no longer fit, pieces of unfinished business ideas, etc. with that said I want to welcome you all into my mind and onto my depop page. Www.depop.com/cheapykuntxchange .. I have SOOOO MANY RANDOM THINGS/ clothes from when I was a wannabe spice girl with a cup breasts!! So many things that a 25 year old woman should not be wearing. Come check out what may be in store for you!"

The Queen of Pop was busy filming the music video for her first singled off her unnamed fifth studio album late last week.

A source tells Page Six the pop star spent two days in the desert outside LA shooting a new music video for “Perfect Illusion,” out this Friday!

The shoot was designed by Brandon Maxwell. 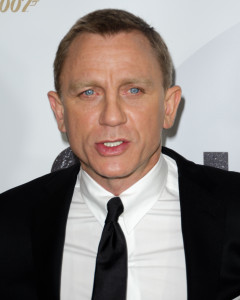 And none for you, Tom Hiddleston.

Spend the holiday weekend catching up on the best films of the summer: https://t.co/RkPSBO4T8C pic.twitter.com/E1mg5aTTkd

What were your favorite films this summer, ONTD?

For everyone who is sober enough to turn on their TV this fine Labor Day, the penultimate episode of this season's Bachelor in Paradise is on. Which couples will breakup & cut their summer vacation 2 or 3 days short?

#Update | Zayn's concert in Dubai next month has been cancelled. (via @zraffiti) pic.twitter.com/ZL2giTsF77

A brilliant young attorney (Hayley Atwell), who is also the daughter of a former U.S. president, is blackmailed to head up LA's new Conviction Integrity Unit. She and her team investigate cases where people may have been wrongly convicted. Premieres Monday October 3rd on ABC.

Source
I'll obviously be giving this a watch. 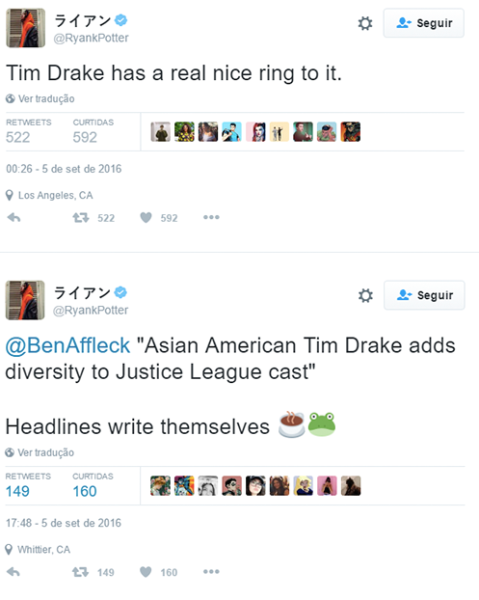 Ryan Potter is best known as the guy who voiced Hiro in Big Hero 6.
I think he deleted the second tweet.

Source: 1
Who are your batfamily fancasts?

So the Mclean family wil be expecting a new addition to the family next spring!! #laborday! Ha get it "labor" day! I'm a goof! #avaisgonnabeabigsister #baby2! Keep u all posted!! We're so excited.

The new baby will join big sister Ava Jaymes McLean who will be 4 in November.

Source
Congrats to him! Also looking forward to the new solo album.

Are you an immigrant or refugee, ontd?


-The documentary follows an ex-cult member who filmed throughout the entire experience, however only the "good" things over the course of 22 years of an L.A. cult called Buddhafield

- The leader, Michel Rostand, labeled "a narcissistic and sociopathic" person lead the cult that held hundreds of members

-The group, who didn't like to be labeled as a cult, would all escape the city and live, work and meditate together.

-One of the main objectives of the cult was to complete a ritual called "The Knowing," where Michel would "transfer his energy" to a member so they would honestly know God.

- Throughout this time, they were told to lie to their families so they didn't know where they were. They would even go as far as sending people to Europe to buy a post card to send to their families, however some didn't buy it.

- Michel, promised a better world through, spiritual enlightenment. However, he would manipulate, torture, brainwash participants on a daily basis.

Do you know anyone who was in a cult? Are you in a cult, ONTD?

Read more at the source and link to trailer

2. The Graces by Laure Eve

About: Everyone said the Graces were witches.

They moved through the corridors like sleek fish, ripples in their wake. Stares followed their backs and their hair.

They had friends, but they were just distractions. They were waiting for someone different.

All I had to do was show them that person was me.

Like everyone else in her town, River is obsessed with the Graces, attracted by their glamour and apparent ability to weave magic. But are they really what they seem? And are they more dangerous than they let on?

This beautifully-written thriller will grip you from its very first page.

- "Rob came up at a time when a sex tape could really ruin your career. But Rob had to do it the hard way: with his acting." – David Spade

- “Rob was in a movie called The Outsiders back in the day. His character was called Soda Pop because, at the time, Rob was 98 percent coke.” – David Spade

- "Let's give it up for Rob Lowe, or as gonorrhea doctors call him, Patient Zero." – Pete Davidson

- "The truth is, Rob, roasting you wasn't easy. I mean, what can I really say about you that hasn't already been said in court by three nannies, a chef and an underage girl from Atlanta?" – Jeffrey Ross

I might watch this just because Jimmy Carr is in it. ONTD, best roast burns ever?
Collapse