For his next Yeezy fashion show, Kanye took to Twitter to put out a casting call for "multiracial women only," a phrasing which has puzzled his audience.

- Conrad Ricamora plays Oliver, an asian HIV+ gay hacker in How To Get Away With Murder.
- He's also out and talks about the importance of visibility of gay actors and gay characters.
- He talks about finally portraying a gay sex scene in primetime tv.

--Camila left 5H's St. Louis show on Sept 2 early, citing anxiety as the reason
--The group still had 7 songs left to perform when Camila decided to leave
--The rest of the girls told the audience that Camila left due to a wardrobe malfunction but she never returned to the stage
--She apologized to fans on Snapchat saying, ""Hi Missouri, sorry I couldn't finish the set last night, was having too much anxiety and couldn't finish it. I love u. I'm truly sorry."

hmm..do you believe her ontd or did something go down between her and the rest of the girls backstage??

Lorde's caption: old lazy eye hiding in the bar toilet from guys who say things like "let's talk about this outfit" 🙂🔫

Just found my "creativity journal" from 2005. It begins: "I dreamed I was a prostitute and that I molested a little African American rodent"

He will play a 3-time champion NASCAR driver who’s coming back to the racing circuit.

who do you want to win the US Open, ontd?

Congratulations, some of us are old but lucky enough to have grown up with Xena!

-The 26 year old "rapper" took his $2.2 million vehicle in for some repairs a few months back.
-He skipped some payments, leading to the financing company he leased it from sending out a repoman.
-Someone tipped the repoman off to the car's whereabouts and Tyga never saw the vehicle again.
-TMZ also rebuffs Kylie's insinuations that his most recent car repo was "tabloid gossip", and procured a pic of the ferarri after the reposesssion.

Glamlifeguru, aka Tati took to her 2+ million viewers to do a brand review for the new Kardashian Beauty Kollection. Needless to say, the always honest Tati hated pretty much everything.

- Foundation is awful & won't blend; feels itchy and like it will make you break out
- Contour kit slimy & sticky
- Concealer patchy
- Blush exaggerates pores & is patchy
- Everything (except eyeshadows) suck & is too much money 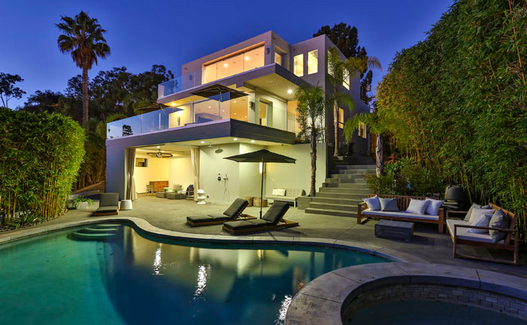 Harry Styles secretly purchased a $7M house last January 2016. The .25-acre, three-story house is located in one of the most private areas of Hollywood's Sunset Strip.

More pics and stan fight over Harry's sexuality at source.

The Trifecta of Pop Music of Summer 2016 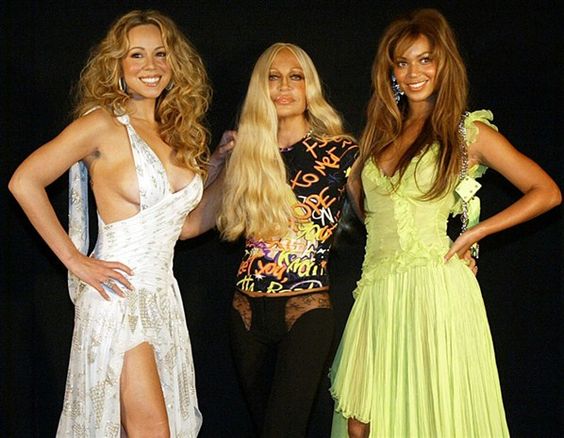 the gworls really showed tf out for summer 2016, if we were in a pop drought before, we sure the fuck arent anymore, and queenga's perfect illusion blinding the gorls, i mean, category is!: SHOOK. and after the lack of bops that was lemonade (the album not the visuals) the pop gworls shifted us into high gear and we pussy popped down route 69, anyway lemme truly pay homage to the three pop albums that defined summer 2k16 (for the gays)

ontd, whats your all-time favorite song of the summer?

Brit-Brit seems to still be the pop star everyone wants to be, with a turkey named Aleyna Dalveren, alleged pop star, releasing a music video very inspired in the mv for the chart topper and Grammy worthy single "Make Me...".


Have you ever been copied by a turkish pop star, ONTD?
Can anyone from Turkey confirm this thief's identity?
#BuyMakeMeOniTunes #GloryOutNow?

Dear friends, I just want to keep something 💯 with y'all. DO NOT BUY INTO THE BULLSHIT! I get these emails weekly and I always just send them to the trash. I recently got this one from one of those big bullshit companies that all the plastic, famous for no reason "celebs" promote. I'm posting this email to show you how fucked up it all is. You don't lose weight from drinking tea. It just makes you pee a lot. So you lose water. You lose weight from proper nutrition and exercise. Please please please do not buy into this crap. These "celebs" are all about the money. They get paid to post pics with products. That's it. End of story. A couple years ago I was pretty low on funds and was given a lot of money to promote a weight loss product. I did it. And I've never felt grosser in my whole life. I swore off the entertainment business in that moment. I hate lying to people for my own benefit. And what I did was wrong. And I will, till the day I die, remind everyone to not believe the bullshit. Waist trainers, diet pills, tea and any other products that claim "fast weight loss" are all BS & get rich quick companies. Losing weight the right way should take time. Nothing in this world that comes fast is good. Slow & steady wins the race. Don't believe the hype. Be you. Be comfortable with who you are, and if you want to change the things you don't like about yourself, do it. But do it the right way. Don't give these people money. Blahhhhhh!

Have you tried that crazy wrap thing, ONTD?


Is new Nicki music coming? It was reported earlier that Nicki is going for a more pop sound for her next record.

-Kanye's casting call asking for 'multiracial women' happened in Chelsea today
-thousands showed up, spawned lines around blocks
-some protesters showed up in the streets
-some girl passed around a note
-some guy danced in his underwear

While Beyonce celebrates this weekend at Camp David with the Obamas and the Made in America festival, celebs and fans posted their well wishes for Bey on social media today:
( Collapse )
-------
Source 1 2 3 4 5 6 7 8

In S3, #YoureTheWorst dives into the exact thing its characters fear the most: commitment. Let's discuss https://t.co/u5HakurvjX

ONTD, are you going to watch the Power Ranger movie for superficial reasons or...?

Pictured above: Mariah in 2016, serving getting off a yachet and into a really expensive charity event realness

ONTD, do you believe this? Do you think Mariah will irl do a 'We Belong Together' moment where she runs away from the wedding?

2. The Main Cast, The last Airbender 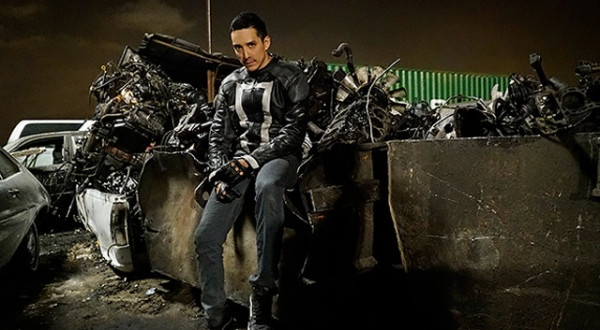 For those who didn't know, Ghost Rider is going to be on Agents of SHIELD. But rather than it being Johnny Blaze, it is the much newer character named Robbie Reyes. Showrunners Maurissa Tancharoen and Jed Whedon, says that he represents an incarnation of Ghost Rider that better suits Agents of S.H.I.E.L.D. than the original.

Since Doctor Strange will be opening up “a different side of the Marvel Cinematic Universe” with magic, Ghost Rider “plays in that world. It’s not exactly the spy world we live in, but we feel like, with [magic] entering the MCU, this is us sort of dipping our toe into that world as we open things up,” said Whedon.

Tancharoen says that the acceptance of the supernatural will not be immediate with the team “basically be trying to science [explanations for what Reyes does], 'Why?'”

Agents of SHIELD comes back September 20.

live from the papal basilica of saint paul outside the walls, rome, italy - his holiness pope francis rushed to buy tickets to attend rita ora's concert "hymn to mother teresa", celebrating the canonization of mother teresa

has the pope ever attended your fave's tour? 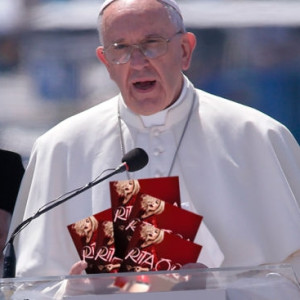 Gaga & Bradley went grocery shopping in malibu with some friends.

2 weeks ago it was announced that gaga will lead the cast of Cooper's "reimagining" of the classic film "A Star Is Born."

CL to make a guest appearance on 'The Late Late Show With James Corden'! https://t.co/d8xQg2n91E pic.twitter.com/LkCzfvYBae

buy LIFTED on iTunes / stream it on Spotify or ELSE...

During a recent stop in Cleveland as part of her Future Now Tour with Nick Jonas, Demi Lovato performed a cover of Adele's "When We Were Young."

On this tour (so far), she's also covered "Natural Woman," "Purple Rain," and "Georgia On My Mind" with Jamie Foxx.

Demi also tweeted this today, perhaps a hint at what's to come from her sixth album:

Damn it's gettin soulful in this studio....

Studio bound... So excited for y'all to hear new music

#USWNT star Megan Rapinoe kneels during the national anthem. "It's the least I can do." https://t.co/tjuDrd1ytO pic.twitter.com/1VLcU6mtnI

Do you have any experiences with solidarity, ONTD? Olympian God, Nathan Adrian, is going to swim in open waters with Swim Across America* to raise money to cure cancer in honor of his late friend Matt Benoit, who lost his battle against cancer.

ONTD, when will your fav be fearless?
PS: Please donate HERE, it's a great cause. 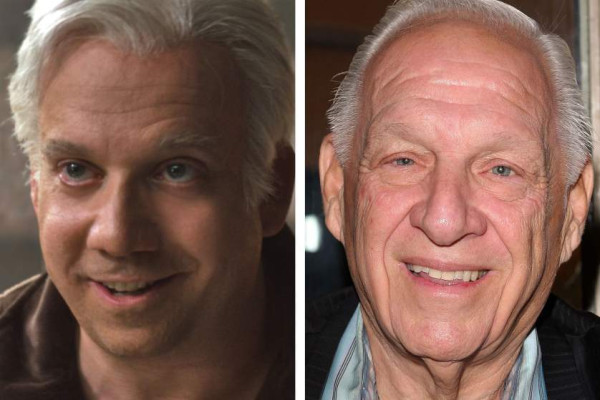 Jerry Heller, former manager of NWA, died this Friday in a car accident that is believed to have happened because of a heart attack. His lawyer, Mickey Shapiro, says Straight Outta Compton is to blame.

“Jerry Heller would be alive today if not for that movie,” said Shapiro. According to him, the film put Heller under a “tremendous amount of stress” that impeded his sleep and left him “heart broken.”

At the time of his death, Heller was in the middle of a legal battle wherein he was trying to get 110 million dollars ($35 million in compensatory damages and “at least” $75 million in punitive damages) by suing anyone involved with the making of Straight Outta Compton. The status of the lawsuit is currently unknown.

Ok @EW, here's my SNL audition tape from 2012 in which I did Kate Hepburn auditioning for "Space Jam." pic.twitter.com/eJj0R17mQO

SNL's twitter asked people to suggest possible hosts for this upcoming season. One of Bloom's co-stars nominated her, Bloom mentioned a segment from her tape and then after a slight push from EW's twitter, she posted part of her audition tape.