- Speedo announced that they were ending their sponsorship of Lochte.
- Statement: "We cannot condone behavior that is counter to the values this brand has long stood for."
- $50,000 of his fee will go to the Save The Children charity of Brazil.
- Lochte's remaining sponsors include Ralph Lauren (who is "monitoring" the situation) and Airweave.


In an interview with the Huffington Post, Michael Cudlitz was asked about how the presidential candidates would fare in a zombie apocalypse.

*Alongside speedo Airweave, Syneron-Candela & Ralph Lauren are dropping Lochte.
* Syneron-Candela on his shameful behavior - 'We hold our employees to high standards, and we expect the same of our business partners'
*Lochte, tail between his legs, says he understands Speedo dropping him.

Have you ever gotten an image makeover after vandalizing property to maximize your white privilege even after you were a 32 year old man receiving plenty of it by virtue of being called a 'boy who made a mistake' ONTD?

These two were last seen cozying up together in New York

Ariana can't stay single for too long. What's the shortest you've been single?

There has been no formal annoucment but she is now listed on his site as a client.

ONTD, how many minutes of work do you think Scooter will put into Hilary's career?

Am I the only one that still watches this mess show?

There's another baby on the way for Jessa (Duggar) Seewald and her husband, Ben! https://t.co/8D6s0oQVZw pic.twitter.com/2i6xmCOhyp

Any S names you can think of, ONTD?

John Cho will play a wine connoisseur–con artist in a series based on your private fantasies https://t.co/Ja9chaV1qC pic.twitter.com/6fVZdRi8Qu

Connoisseur will center on Clay Park, a con artist who dupes the wealthy into paying millions for fake wine. He soon gets in trouble with the feds and the mob.

Presumably, this is loosely based on the tale of Rudy Kurniawan. Cho will also executive produce the series.

With days before the official release of "Glory" and Britney's return to the VMA stage for the first time since 07's iconic "Gimme More" performance, there's lots of speculation buzzing around the web of what to expect.

- last month, karla tweeted producer cashmere cat a cryptic message that included a “rose” emoji. turns out, that might be the name of a song they crafted together. and it’s rumored to drop this friday (august 26)
- karla has also teamed up with diplo / major lazer in recent months.

Author Hanya Yanagihara writes: I know many of you have asked about the possibility of a cinematic adaptation, and after many months, I'm very happy to say that ALL has been optioned by the producer Scott Rudin (The Social Network, The Grand Budapest Hotel, There Will Be Blood, No Country for Old Men, etc.) and the amazing theater director Joe Mantello (Wicked, The Humans, Blackbird, Assassins, Love! Valour! Compassion!, etc.) as a limited series. Now it just has to be sold to a network or streaming service -- and we'll let you know when or if it is. Thank you, as always, for all of your interest and your love for the boys, and keep your fingers crossed! (Also, who should play Jude?)

Would you watch this series, ONTD? What other books would you like to see adapted? What are you reading? #BookPost!

Christopher Newman, who has been a producer for Game of Thrones since the first season, has signed a deal with Starlight Media and K. Jam Media to develop and produce Empress, which has been commissioned as a 13-episode drama. Empress will tell the storied tale of the only female empress in the history of China — Wu Zetian, who ruled during the Tang dynasty (618-906 A.D.), a time of relative freedom for women. She was known for her wit, intelligence and humor as well as being ruthless, cunning and a political force to be reckoned with. The series will follow her ascent through the court of Emperor Tai Tsung; life as his favorite concubine — and ultimately her rise to power.

Note: The article calls Wu Zetian China's only female empress, which literally doesn't make sense. She was China's first and only female emperor, a title she assumed once she'd decimated her rivals and declared the beginning of a new dynasty, after her husband's death.

Wu Zetian was covered by Jason Porath on his Rejected Princesses blog.

The Departed TV Series Being Developed at Amazon - https://t.co/J8pEFhf8Vo pic.twitter.com/QJrVUHvCZM

- It's not a reboot or remake, sort of a take off on the concept of the movie
- It will be based in Chicago, not Boston
- Will follow a young cop who infiltrates a Latino gang and a gang member who becomes a mole in the CPD
- No casting yet


( Collapse )Parker is now downplaying his co-writer Jean Celestin's involvement in the film (they were accused of perpetratating the rape together and Celestin was convicted): I wrote the screenplay by myself. I just did a lot of research. I hired a lot of people. I had researchers. I had all kinds of people. I just wanted people to feel whole.

Two prominent black directors speak on the condidtion of anonymity about supporting Parker.
Director 1:
I don’t like the timing of this. I’m not defending his actions, but something is wrong about the way it went down.
Director 2:
It worries me that a film and a guy with so much promise gets cut down a month before his masterpiece gets released. The last two years have proven how much our stories matter to this industry, and this seems like a way to muffle a very important piece of work.

Synopsis: It’s back to the 1960s as Batman and Robin spring into action when Gotham City is threatened by a quartet of Batman’s most fiendish foes – Penguin, The Joker, Riddler and Catwoman. The four Super-Villains have combined their wicked talents to hatch a plot so nefarious that the Dynamic Duo will need to go to outer space (and back) to foil their arch enemies and restore order in Gotham City. It’s a truly fantastic adventure that will pit good against evil, good against good, evil against evil … and feature two words that exponentially raise the stakes for both sides: Replicator Ray. Holy Multiplication Tables!

Here are the Blu-ray bonuses:

“Those Dastardly Desperados” featurette – Joker, Catwoman, Penguin and Riddler are impossible not to watch! Those Dastardly Desperados explores how these fiends became more than just antagonists in a Batman story; they became icons in American pop culture.
“A Classic Cadre of Voices” featurette – A new talented cast of actors join Adam West, Burt Ward and Julie Newmar in Batman: Return of The Caped Crusaders. Go behind the scenes and witness the vocal techniques and timing needed to deliver a classic Bat-Comedy!

-The Kardashians have numerous brands they associate with: these brands include Balmain to Calvin Klein to FitTea, but the family might soon have to make it clear what exactly those associations entail.

-Kim, Kylie, Khloe, Kendall and Kourtney were put on alert last week by consumer watchdog Truth In Advertising for failing to "disclose their relationships with the companies being promoted" in their posts, which is required by federal law (i.e. you have to make it clear you're getting paid to promote their brand #ad #spon)

-A letter threatens to file a complaint with the Federal Trade Commission unless more than 100 allegedly deceptive photos are removed from the family's various Instagram accounts.

-Several of the photos in question have been removed from Kardashian and affiliate brand Instagram accounts as of Tuesday.

Nick stopped by Amber Rose's talk showed and shared a tidbit about his sex life with his former source of finance, fame and relevance, Mariah Carey.

Out of all of Mariah's songs, which one did they fuck to? Was it touch my body>/i>, makin' it last all night, Honey? It wasn't any of her sexier tracks, it was the bland ballad 'Hero'

ONTD, what song do you have sex to? As an ex spilled about the sex you had?

Who do you think will win?

These songs can sometimes be the heart or highlight of their respective films and while these are technically ballads, I thought they deserved a list of their own!

Note: Not all these songs are romantic because love songs can also be towards a family member or loved one and they are just as powerful.

Not romantic,but a heartbreaking and lovely love song from a mother to her child. Very sadbut always one of my favorites


- #15 is a boy named Exodus Simmons, his mom is DMX's girlfriend Desiree Lindstrom

- DMX has four kids with his ex-wife Tashera Simmons

- the other 10 children are with "other women"

Frank Ocean is no longer signed to UMG, after Endless satisfied his contractual obligations to the label.

By self-releasing Blonde, Frank Ocean is entitled to 70% of revenue from sales and streaming, rather than the 14% he would've gotten if he were still signed to UMG.

This news comes out after it was revealed in a leaked memo that UMG has banned its artists from pursuing exclusive deals.

Rumors that pop icon Cheryl Tweedy Cole Fernandez-Versini is pregnant with a lil baby Liam started a while ago, but continue, as they've recently been fueled by an interview with Simon Cowell. 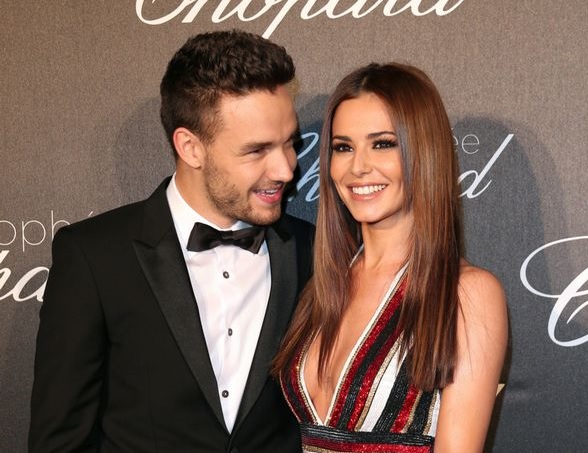 For some odd reason Simon was asked about pregnancy rumors in an interview and he smirked and said " I guess that is what happens when you are with someone." He also mentioned how he'd had dinner with Cheryl recently and she's in 'good form'.

He also went on to say she'd be an amazing mom etc etc.

Cheryl has also been quiet on social media and publicly for some time now, with no recent pics of ha and her bae.. Could this mean a new star will be born soon?


Source
What do you think they'll name this new golden child, ONTD?

The North Carolina native just celebrated his 44th birthday on August 7. He's survived by a son, Dontay. Just a few days ago, he took to Instagram to show off the hair looks he designed for Williams's upcoming seventh season. It was his last post before he died.

About: Two death-obsessed sisters, outcasts in their suburban neighborhood, must deal with the tragic consequences when one of them is bitten by a deadly werewolf. Have an score of 6,8/10 on IMDB.

.@amyschumer opens up about sexual assault: "I'm trying to speak out" https://t.co/yOQaaO398P pic.twitter.com/6BdwwnSxft


Amy Schumer was on "The Howard Stern Show" and discussed, among other things, the sexual abuse she faced at the hands of former boyfriends (which was mentioned in her book), and wants to let people know that sexual assault comes in all forms.

Thinks it's important to talk about it because it makes her feel less alone in this.

The audio is at the source.

[under a spoiler cut just in case]
She talks about how her boyfriend at the time started having sex with her while she was asleep and that many people doubted her allegations. Mentions how they didn't have sex before, didn't wanna press charges, etc, and also talks about another boyfriend who was physically abusive.

It wasn't the 'perfect rape' as people expected so a lot of them doubted her, and that kind of attitude makes victims not wanna speak up.

-Cops were called to the Ritz-Carlton Hotel in Atlanta on Sunday. They were allegedly called to the scene by Tamar Braxton after she and her husband Vince Herbert got into a violent brawl.
-Vince reportedly bit one of Tamar's fingers so hard that he drew blood.
-Vince fled the scene before the cops arrived.
-According to witnesses, Tamar turned down offers for EMS services to treat her wounded finger.

I won't be able to watch tonight's two-hour premiere until tomorrow on my DVR, but discuss in the comments! How are my favorite ladies doing so far this season?