Time traveling queens Wonder Girls ditched the 80s vibe(#BuyRebootoniTunes) and debuted the teaser of their new single "Why so Lonely?" in which you can see the 70s inspiration for this comeback. They've previously released a track called "To the beautiful you" from their vinyl


Source
I seriously can't wait for this. What do you fear is in the dark?

"My heart goes out to you @thenewclassic I have been through heartbreak as well so I know what ur going through. Stay strong and keep ur head up my Rosebuds and I support you and we think ur AMAZING!!! Not only beautiful but extremely talented! I remember watching ur YouTube videos a few years back thinking "Wow this girl is gonna be a star" and you are! Let all the hate go in one ear and out the other.... Trust me I deal with just as much hate if not more. The great thing is it's the beginning of the summer and now you can be a hoe! Lol Date a bunch of hot guys and give yourself some new cool options 😂😂😂 #NoCuffingSeason BUT seriously if you wanted to take Nick back cuz the Love is still there... Fucking do it!!! And Fuck what the world gotta say! Muva is here for you either way sweetheart and so is so many other people that love you ❤️"

src: 1
Would you take back an Ex who cheated on you ONTD ?

In an interview with W Magazine on why she chooses tough roles, Thandie Newton spoke of an incident early in her career that ended up haunting her years later:

Rihanna and Drake are an official item, and it is just TOO GOOD. ❤️💯 https://t.co/6klV5dFWrh pic.twitter.com/gg0szoazaw

Do u think the billionth time is a charm , ontd?

Fragrances/perfumes post! ONTD, which perfume do you usually wear? And which is your favorite celebrity fragrance?

- Rep for Louis is asking for privacy and respect amid custody battle with Briana.
- Added that he wants his son to grow up with a normal, private, and protected childhood but paps are preventing this from happening.
- Pap attention is said to pose security threats and is infringing on his visitation time.
- Louis took legal action when his visits with Freddie became erratic.
- A source close to Brianna shared that drama started when Louis started seeing Danielle and introduced Freddie to his new gf.

SOURCE
He should be more concerned with the Larries, tbh.

His book "Night" is a must read. A true hero.

Last week, The Television Critics Assocation announced their annual awards nomination list, honoring the best of TV during the 2015-16 TV season. Mr. Robot and The People vs. OJ Simpson lead the pack with 4 nominations each. Winners will be announced August 6. The nominees are:

Make Up For Ever has partnered with Icona Pop for the brand's new Artist Rouge lipstick collection. The Swedish duo chose two shades, a dark blue and a dark red, but the overall range will include 45 colors (31 creamy finish, 14 matte). Icona Pop also filmed a music video for the collaboration.

The lipsticks will go sale at Sephora and MUFE's sites on July 22 and will be available in stores on August 5.

-Says no one was really checking for Calvin's music before the breakup despite having multiple #1 hits (and being huge in Europe).
-Apparently Taylor co-wrote "This is what I came for" under an alias, Nils Sjöberg, with literally no proof whatsoever other than some lame Wikipedia editing.
-There's another article where they're convinced she's secretly filming a documentary and creating buzz for a new single due this fall.
-They're basically doing the most to not admit she cheated/it's all attention whoring.

"... There were memorable encounters galore, including making the gorgeous and empathic Mariska Hargitay ugly-cry (turns out she cries at like every charity-related event, phew), enduring an Oscar winner’s public bullying over an intimate dinner, facing a personal crisis at Tom Cruise’s wedding in Rome, getting basically, kind of spat on by a snotty J. Lo (okay, it was like a very wet pffttt in my general direction, really obnoxious), having fun with endless lower-key celebs like Rosario Dawson and Kyle MacLachlan and Michael Douglas, observing just how stiff and awkward George Clooney is around kids, insulting Sheryl Crow’s baby, and getting groped/harrassed [sic] by an A-list [omitted] performer in New York and Paris (that’s not to be flip—it was violating as hell. I’m still pissed I didn’t jab him in the balls with my pen)."

She also has a mini memoir about her experience on amazon (reviews say most of the memoir is promo for her tell all book coming soon, so I don't recommend buying the mini memoir when you can just buy the tell all later) and tweeted and then deleted "Time to reveal names&emails. Bowled over&heartbroken with the stories flooding in about what that magazine does 2 people #pexit #journalism"

Chyna who will change her name to Angela Kardashian filmed for the E! series for the first time at Khloe's 32nd birthday party on Monday. They went to Dave and Busters for ha birthday.

Zachary Quinto paid tribute to his “Star Trek” co-star Anton Yelchin during “The Late Show with Stephen Colbert” on Friday.

Seventeen are back with a repackage of their album "Love & Letter"

Another celeb gone too soon. :(

There is a march happening in London right now, which can be followed via #MarchForEurope (which Leavers are trying to take over)

Nat Wolff (The Fault in Our Stars, Paper Towns) as Light Turner
( Collapse )

- Netflix announced on friday that the live action will premiere streaming in 2017 (but no specific date)
- Movie directed by Adam Wingard
- Jeremy Slater wrote a draft of the script
- Roy Lee, Dan Lin, Jason Hoffs and Masi Oka are producers
- Doug Davison and Brian Witten are executive producers
- Niija Kuykendall and Nik Mavinkurve had been overseeing the project for Warner 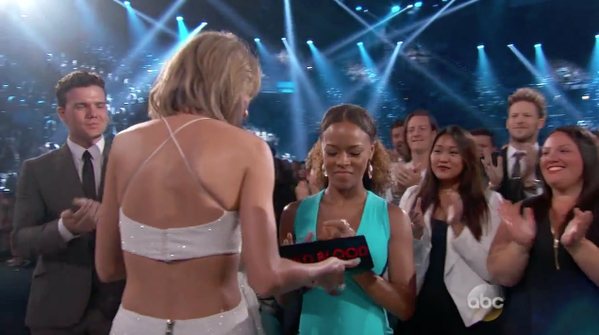 The Empire actress took up the woman beater singer after news broke that he threw a female fan’s phone in a couple of tweets that have since been deleted.

All the actors that ever played a Ranger have a few things in common: Pretty faces, nice bodies, questionable acting skills and DOA careers. Here's the Top 15 imho.

ONTD, do you agree? who's missing?

Frank Ocean posted the photo above on his website, boysdontcry, hinting that his sophmore album, which has been delayed countless times, will be released this month. The exact date has not been specified.

Source
Have you ever been lied to ONTD?
Britney will not be releasing the ultimate revenge track unfortunately

Rumors started this past week that Spears would sample the infamous 2002 hit where Timberlake threw Spears under the bus as he was desperate for his first solo hit. It didn't take long for Spears' manager to come forward and deny those and all rumors surrounding the release of her upcoming single.


Kesha spotted at Britney's 'Piece of Me' in Vegas

@justintimberlake doesn't need my pass or yours to feel that we are all one in God's eyes! We are all part of the human race which is suffering as a whole! You suffer when you're hated and you suffer when you hate! What about that can these simple minded people not understand! I get it he's an easy target! But you haven't sent one dollar to Ferguson or one bottle of water to Michigan! Haters, hypocrites, and social media bullies! FOH wit that dumb shit! How bout registering to vote to make a difference instead of attacking celebrities on social media! #ImDone

Is JT an easy target, ONTD?

“Ghost in the Shell" producer defends Scarlett Johansson’s role in the film https://t.co/fw5spIUCpW via @scheng_ pic.twitter.com/oyRYDNX7AM