We're excited to announce our new single "Good Grief" which is out next Thursday. pic.twitter.com/yecZSzEI84

-First single from their next album, 'Wild World'
-Available for pre-order on iTunes, no release date given yet for the album.

( Collapse )
Later, he attended the 7th Annual amfAR Inspiration Gala and he presented the amfAR Award of Inspiration to Kim Jones.

The actor that plays Syrio Feral, the former First Sword of the Sealord of Braavos and Water Dancer aka Miltos Yerolemou - has been fanning the Hype flames all week!

Disney's CEO Bob Iger, regurgitating a popular right wing talking point, had a bit of a whinge on CNNMoney about how the US' corporate tax rate is too damn high and how it's killing businesses. As this other CNNMoney article helpfully points out, though, thanks to write-offs, deductions and loopholes, 20% of large US Corporations don't even pay any corporate income taxes. In fact, the US corporate tax rate is the lowest it's been in over half a century:

I know Disney stock is flopping harder than Alice Through the Looking Glass, but that's because ESPN, one of the biggest parts of Disney's plastic empire, is bleeding subscribers. Iger needs to take responsibility for his own failure as a grossly overpaid CEO, instead of trying to shift the blame to Uncle Sam, who is already way too deferential to big companies.

source 1 2
Borderline still such a bop!

Mel Gibson planning 'Passion of the Christ' sequel about the resurrection https://t.co/TmpBj5Yufw pic.twitter.com/45gGG64Est

omg i can't wait for this!

The face you make when you know the punchline is coming @BenAffleck. #NationalBestFriendsDay #GuysChoice pic.twitter.com/BYNQZCepTh 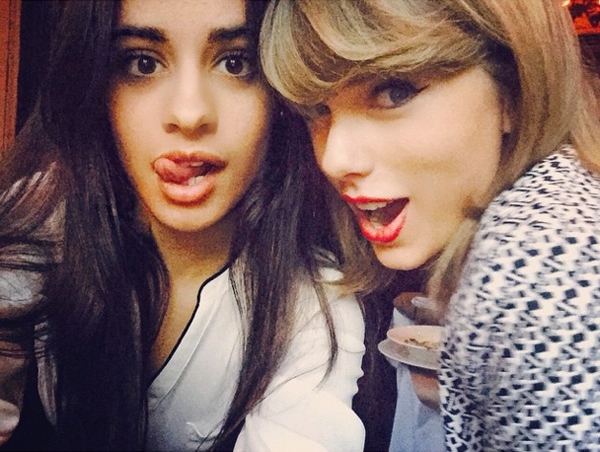 - if you're wondering how taylor swift is doing after her shocking split from calvin harris, her bff karla has you covered
- karla EXCLUSIVELY told e "she's good. she was just in nashville."

karla is so sweet and such a great friend

#AngelinaJolie Gets Aboard 'The Murder On The Orient Express' https://t.co/hCFWKgpoFn #mystery pic.twitter.com/Vsukc7vU3n

- Angelina Jolie is in talks to star in The Murder on the Orient Express, not sure which part yet
- directed by Kenneth Branagh
- remake of the 1974 film

Tens of thousands of people are set to say a final farewell to boxing legend Muhammad Ali in his home city of Louisville in Kentucky.

Production begins on the sequel this summer and the movie is slated for a 2017 debut. China Anne McClain has been cast as Ursula's daughter Uma. The original cast is returning while Gaston and Captain Hook's kids will be cast soon.

- regarded by many to be the most complete hockey player of all time
- played 33 seasons in the NHL most of them with the Detroit Red Wings. He started his pro career as a teenager with the Omaha Knights of the United Hockey League, and ended it by skating one final shift for the Detroit Vipers of the International Hockey League in 1997 — at age 69
- was nicknamed Mr Hockey
- Howe retired in 1980 as the NHL leader in career goals (801) and career points (1,850) — both records were later broken by Wayne Gretzky, who considered Howe his idol. But Howe always maintained his string of 20 straight seasons as one of the league's top five scorers during his Hall of Fame career.
- Gretzky tweeted out today that Howe was the greatest player of all time and the nicest man he had ever met
- after his wife died in 2009 he vocal crusader for dementia, Alzheimer's and similar conditions, establishing the Gordie and Colleen Howe Fund for Alzheimer's in partnership with Baycrest — a facility dedicated to aging and brain health operated out of the University of Toronto.
- in later life he struggled with short term memory and cognitive impairment. He had suffered a series of strokes in recent years, fighting to recoup his health time and again after each setback.
- he died surrounded by his family, his sister said "I guess he didn't want to fight anymore, but what a fight he had"

Lena Dunham tweeted, "I dedicate this to the brave survivor in the Stanford case who has given so much to change the conversation."

Jon M. Chu in Talks on Lin-Manuel Miranda’s ‘In the Heights’ Movie https://t.co/oRVILL6tCP

The gentle soul known as Kesha Rose is back on the touring schedule! She will be gracing the stage at the Wynn Las Vegas for three nights this summer; on June 23rd, 25th and July 23rd. Kesha will revisit her illustrious pop catalogue, which contains 10 top10 hits, onstage at Wynn's Intrigue Nightclub.

this was so cute, girls her age would love it

Many boyband members fade into obscurity after their glory days are over (only to reappear to shill hair care for men products.) Some may have a couple of hits and then burn out. Very few go on to have fruitful and long lasting solo careers. Below is my list of the best solo efforts put forth by ex-boyband members. I utilized my memory of their impact on pop culture at the time, the ability to chart on the US Billboard Hot 100, and just how good the song was.

After *N Sync went on a permanent hiatus in 2002, Justin Timberlake released his first solo album Justified. Arguably one of his best solo songs to date, “Cry me a River” supposedly details the demise of his and Britney Spears relationship. JT being the petty betty that he is, even went as far as casting a Britney Look-alike in the video…as well as including a figurine of her well known back tattoo. The song reached a peak of #3 on the US Billboard Hot 100 in February 2003. JT continued to enjoy success as solo artist with FS/LS & The 20/20 Experience as well as being a guest host on SNL.

and none for BSB or Zayn. 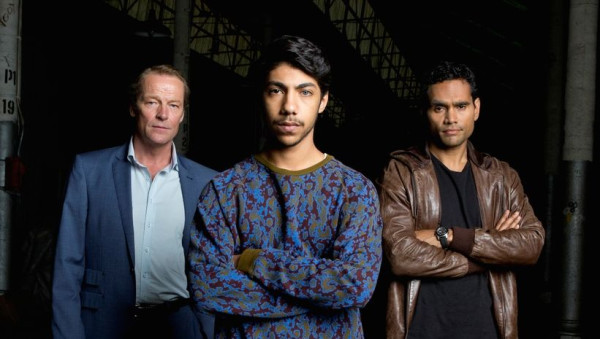 The show has been renewed for a second season!

You can watch Cleverman Thursdays 9:30pm on ABC and Wednesdays 10/9c on SundanceTV, as well as online on ABC iview and SundanceTV. The show will also be airing on BBC3 later this year.

Who's been watching? What does everyone think?

i still haven't watched season one (it's available on iTunes), but there are clips from the show and their live shows on YouTube and they're fucking hilarious

Set in the enchanted fairytale land of Avalor, the series tells the story of Elena, a brave and adventurous teenager who has saved her kingdom from an evil sorceress and must now learn to rule as crown princess until she is old enough to be queen. Elena's journey will lead her to understand that her new role requires thoughtfulness, resilience and compassion, the traits of all truly great leaders.

The cast list is pretty awesome and includes "Tyler Posey as Prince Alonso, a charming prince from the Argentine-inspired Kingdom of Cordoba."

Azealia Banks posted two statements on her Facebook account today. In the first one, she states that she will never use the word f****t again because she finally realizes that words hurt. She goes on, saying that it's not fair for her fans, peers, and herself to use those words, since it paints her in a way that isn't the true herself. Azealia says that she's sweet, kind, caring, generous, and she likes to inspire people and make them laugh.

Ok, i'm never saying the word F****T ever again. The amount of people that get hurt when i use the word vs. the amount...

In the second statement posted on her Facebook, Azealia Banks says that she wasn't ready to be thrust into the public eye. She says that moving from her "little NYC hipster bubble onto the global stage so quickly was shocking" to her. She goes on, saying that she grew up feeling as though she never deserved anything, so self-sabotage became a regular thing for her. Azealia says that she has a lot of unlearning to do about herself.

Now, it's all about growth and making sure that I do not revert back to my old habits. My time in the public eye has...

- Hulk Hogan won his lawsuit against them and was awarded $140 million, Gawker does not have that money
- Gawker media includes Gawker.com, Deadspin, Lifehacker, Gizmodo, Kotaku, Jalopnik, and Jezebel

- The Big Short director Adam McKay will to direct, write, and produce.

- Holmes is currently 32 (seven years older than Lawrence), but she was 19 when she dropped out of Standford University and founded Theranos, a blood-testing company. At its peak Theranos was valued at $9 billion but currently faces criminal investigations by federal prosecutors and the Securities and Exchange Commission over alleged fraudulent practices.

- Vanity Fair recently did a juicy piece on Holmes' downfall. 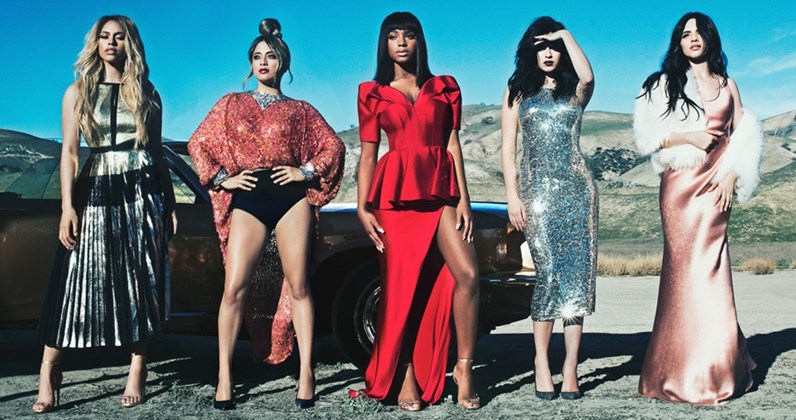 They better properly promote the bops All In My Head and That's My Girl since the audience isn't buying the album.gif. Maverick shouldn't pull a Britney Jean again. Also wtf 134k for Drake this week... will Views ever give anyone else a chance for a #1?

@Louis_Tomlinson thank you so much for looking after our daughter Summer tonight. You sir are a true gent! pic.twitter.com/zhyDW0WodB

Good job Loucifer. That was an incredibly kind and amazing thing to do.

The Golden State Warriors bounce back to take Game 4 from the Cleveland Cavaliers 108-97. Steph Curry led the team with 38pts and 6ast.

SOURCE
Free tacos for everyone! Despite "Curry played better" being the headline tonight, the Warriors do not win tonight without that stellar defense in the 2nd half.

People have been mistaking this sheen spray for cooking olive oil: https://t.co/kSVJjFS9MT pic.twitter.com/rWE22pBpnV

ORS Oil Sheen spray is this amazing hairspray for Afro-texture hair. It smells great and it keeps your hair moisturized and smooth without making it oily and gross.

Apparently, someone forgot to tell our white brethren that it is not edible because ON GOD, they have been spraying that shit on their eggs and salads. It's even been spotted in food aisles.

It all started when a black London student went to her white friend's BBQ and spotted the green bottle in the kitchen:

She promptly informed him that he had been cooking with hairspray. His reply was "But it says olive oil...."

IT SAYS HAIR SPRAY RIGHT ON THE BOTTLE BRUH.

Chris Rock tweeted something today that angered a lot of Selena Gomez fans...and the Beyhive. 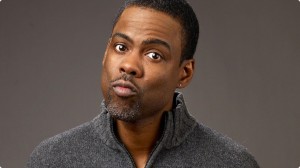 - Harry Styles is about to sign a solo record deal and label heads are using Zayn's sales as benchmark on how fat a check to offer Harry.
- To date, Zayn has sold 300k+ in TEA, 105m video views, and 177m streams on the album (160m are of hit song Pillowtalk).
-  Those who are vying for Harry's signature, however, believe that Harry has a greater upside than Zayn because Zayn is said to be a bit precious about promo opportunities while some have described Harry as the hardest-working man in showbiz.

Also making an appearance at the event was Kirsten Dunst, there to support new boyfriend Jesse Plemons as he performed with his fictional band Crucifictorious.

Absent from the event were Aimee Teegarden, Minka Kelly, Taylor Kitsch and Zach Gilford who are in Chicago to reunite tomorrow at a Spartan Race. Though, Zach was in Austin earlier in the week and did have a reunion with "Grandma Saracen".

-Basically Energy is music, the universe, etc. Energy takes him "to the next level" or whatever
-Drops June 24
-Collabs with Daddy Yankee and PharrelL (why?)
-Certified fire album