Both claim to be TV movies.

The posting for the Rocko storyboard gig got removed not long after screencapping.

We already knew about this, but here's proof they're actually working on it.

They've started dating in 2007 and have been on again off again, until they got back together in 2015.

src: 1
I have no idea who she is, but congrats I guess

src: 1
I had my bets on Russia tbh

So a a lot of people liked the montage of Swedish songs they showed on Eurovision so I made this ''little'' onto original were I tried (like it was shit lots of songs..) to find every artist (and song) they showed , and I did miss a lot of artist because I didn't know who they were but hopefully you girl will be happy anyways :D 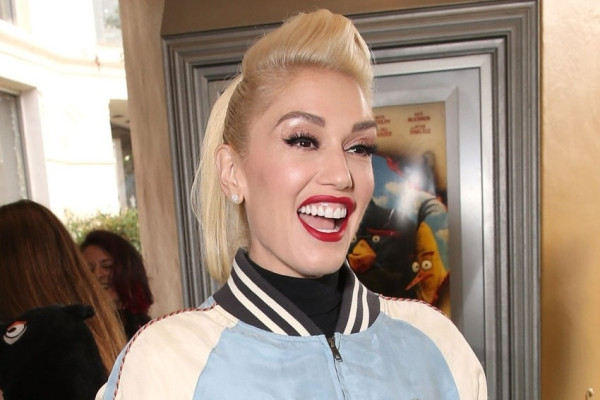 Gwen Stefani is having a very tough time selling tickets for her summer tour. After debuting at #1 with her most recent album, Stefani announced a tour of mostly outdoor venues kicking off in Massachusetts in July. But The New York Post reports that ticket sales are "horrifying." The report adds that most of the dates being sold on Ticketmaster have a"sea of blue," which refers to the unsold seats on the interactive map.

now with the re-upload vid! 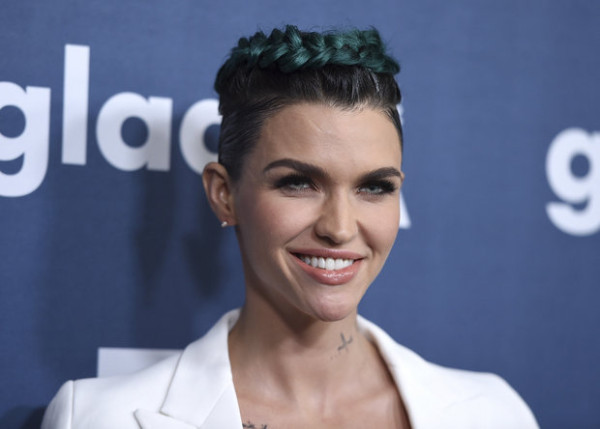 -Ruby was in New Orleans to work at a club. Someone in her group called to make a reservation at Rebellion but were not guarenteed a time or a table, but were told they could try for after 9PM

-Ruby & her group came in at 9:15 and were told they had to wait but were seated 15 mins later. They were also told the kitchen was backed up.

-They didn't receive their apps until 40 mins after they ordered which did not sit well with Ruby. She asked the manager to come speak with her. He offered to comp the apps and buy them a round of drinks but she declined and was starting to get pissed. One of the bartenders walking by saw they were upset so he stopped to talk to them. Ruby threw food at him and said that if she was a bigger man, she would kick the owners ass. The bartender still offered a free round of drinks, which they again declined.

-As the bartender walked away a french fry hit his shoulder. He came over to check in once again, thinking maybe somehow a french fry just made its way over to his shoulder. Ruby then picked up a handful of fries and threw it at him.

-Owner then came over and asked them to leave

Whose side are you on, ONTD? Team french fry or team bartender?

CAPTIONED: And as for curry, it's honestly some dumb nyc joke about cabs smelling like curry. I honestly wasn't trying to make a widespread statement about any group so much as just pulling out of my very limited bag of NYC insults. My mind didn't even go there when it came out of my mouth. I personally really enjoy curry and cook with it often. I feel compelled to clear the air with curry itself because that's a bridge I don't want to burn. I still want to be able to enjoy it freely without guilt or judgment. (BTW, black peoples traditionally cook with curry too.... Just saying).

-This would land her album top 5 AT BEST.

-Drake and Beyonce are going to finish her come Friday

-In comparison, her last album sold over 230k in the first week

- Jason is from the Disney show Good Luck Charlie. He is 24
- Graduated from California Lutheran University

Mods he's from the Disney show Good Luck Charlie and Corey in the House!

Did you graduate college this weekend ONTD?
Embed from Getty Images
OK is currently reporting that Batman v Superman star Henry Cavill has broken up with his girlfriend Tara King. The news of the split seems to have only surprised 19 year old King who is reportedly having a difficult time, claiming that the 33 year old actor was the love of her life.

Cavill allegedly said that they could stay friends and she could still come to his birthday party if she wanted. Seriously it's in the article.

Source 1 and 2
First Tyga and Kylie and now Henry and Tara. So sad. If only their mothers had the same names so they could work out their differences.

EDIT:
She's still going with more... She posted someone's comment agreeing with them.

If you missed her previous bops, here you go... ( Collapse )

Source: her YT account, or listen to it on Spotify.

Okay so chances are if you're a comic reader, and I know that there are a lot of you on here, you've either heard of or read Rat Queens. For those of you who haven't Rat Queens is a popular fantasy comic that has been praised for it's LGBT themes and the inclusion of PoC and women in a genre that's known for being predominately white, straight, and male. Now in 2014 artist Roc Upchurch, the original artist was arrested for domestic violence (Warning: It's a bit graphic.) and was fired and replaced by Stjepan Šejić. However Stjepan had to leave the book for health reasons and was replaced by current (soon to be ex)-artist Tess Fowler.

Plus a Logo TV link in the source.

-The chat turned political and Banned Source says Pierce, who supports Hillary, got upset when he found out the woman was a Bernie supporter

-Pierce allegedly pushed the woman's boyfriend, grabbed her hair and smacked her in the head

-Cops were called and Pierce was arrested and booked for battery.

Have you ever assaulted someone in the name of politics, ONTD?
Source

-All major buyers including Netflix and Amazon got to watch a seven-minute preview of Natalie Portman's upcoming Jackie Kennedy biopic. It was produced by Black Swan director Darren Aronofsky.
-Natalie appears to have mastered Jackie's mannerisms and breathy voice, resulting in a "remarkably convincing" portrayal.
-Movie is being toted as a possible awards winner.
-Buyers demonstrated high enthusiasm after the preview at Cannes, positioning it to be one of the most sought-after films being shopped around at the festival.

Star of the new X-Men movie said "I want that movie so bad. I’ve got a pitch, I’m like coming up with a vision board, I want this movie to happen. Honestly it doesn’t have to be me - if Chadwick was like, ‘You know what, I really want to do this with Halle (Berry),’ I’d be like yo, that’s fine at least make the movie."

source
What do you think? Would Fox let this happen? Would you like to see Alexandra portray her in Black Panther? Or someone else?

At the Cannes Film Festival during Variety and Kering’s Women in Motion talk with Geena Davis: “I think he sexually assaulted a child and I don’t think that’s right. I have nothing good to say about him. I don’t want to go there.”

CBS passes on modern ‘Nancy Drew’ series for being “too female,” even though it tested well: https://t.co/Osh3wkvtFQ pic.twitter.com/eOhv2sgcdT

-CBS ordered and shot a pilot for a modern-day Nancy Drew series, and recently it was reported that it would not be picked up to series by the network
-However, today it came out that the reason it was not picked up is because it was "too female" for CBS
-The pilot reportedly tested very well, which is even more confusing why CBS would pass on it because it was "too female"


Episode 3.03
Responding to the Italians' actions, Tommy is set on a path of deadly vengeance that could take him to his darkest place yet, and threatens to splinter the family. Meanwhile, as he makes plans for his mission on behalf of the Russians, he realises there is a traitor in his midst.

[Episode info]Richard lets his ego get in the way at an interview; Dinesh, Gilfoyle and Jared misplace hardware; Erlich pitches his plans to Big Head.

-Jose Bautista of the Toronto Blue Jays was hit by a 98mph fastball by Rangers pitcher Matt Bush.
[Many believe this was retaliation for Bautistas epic bat flip in the ALDS vs. the Rangers last year]
-Instead of letting his team get retaliation later in the inning, he took it upon himself and slid into second base in an attempt to take out Odor to break up a double play.
-Odor wasn't having it, decked Bautista and the benches cleared. What ensued was a good ol' bench clearing brawl.

Judging from postgame interviews, Jose seems to be okay and said Odor caught him off guard but he "got him good". You ate it like a champ, Joey.

Favorite sports fights? Aside from the legendary Malice at the Palace, I'm a fan of Canada vs. Mexico in the WBC.

Very few female members from pop groups were able to achieve longterm success with their solo projects. Beyoncé, Kelly Rowland, and Cheryl Cole are some of the few who have been able to maintain relevance and release music regularly. This post looks at the failed and forgotten solo careers of the female members of famous pop groups.

All the TV characters that never should’ve been killed off https://t.co/jSUhXblf4w #lifestyle pic.twitter.com/hyhFdtk1nZ

It was a very basic list, so bring some justice to it and tell us who you think didn't deserve to die.

Y'all wanna watch this with me (if this gets posted on time that is)?

Kristen Stewart is at Cannes for her films Cafe Society and Personal Shopper, and she's given a few memorable moments and soundbites from the French festival:

Kristen and her (apparently on-again?) girlfriend Alicia Cargile had an impromptu dance party on the red carpet of American Honey, Shia's latest film.

Feminism, lesbian celebrity fanfic, literary humor, art history, and all things silly and smart will be tragically poorer come summertime-- satire blog The Toast has announced that it will close its doors as of July 1, 2016.

The Toast gently skewered everything from the revered pastures of academia to femslash fiction. Founded three years ago, it quickly became popular with niche corners of the internet and spawned several viral posts like Ayn Ran'd Harry Potter and the Sorcerer's Stone, Owl Faces, In Order, and Books That Literally All White Men Own.

The site's founders Nicole Cliffe and Mallory Ortberg cited decreasing ad revenue as a major motivation to cease publication, but also said that they are moving their careers in new directions. (Cliffe is writing for The Guardian and raising two small children; Ortberg now writes Slate's Dear Prudence column and is working on a book of horror stories.)

Noooooo! What websites do you like to visit, aside from ONTD?

Who knew that Jeffree Star would make a comeback as a super popular cosmetic retailer and beauty guru after his Myspace days? I'm sure as hell he hasn't changed though, he's friends with MannyMUA, Jaclyn Hill, and Patrick Starr (AKA the guru drama queens) lol. That being said, I really need his Unicorn Blood liquid lipstick in my life.

IT HAPPENED TO ME: "An Oscar winner bullied me so badly that I quit the film industry." https://t.co/q8ctQydA5a pic.twitter.com/lEldaPGJnI

Katy Perry and Orlando Bloom cozy up in Cannes... a week after he was seen with Selena Gomez https://t.co/GhO9LttVKw pic.twitter.com/jwlFM9vu5b