6. Flipping Out (The Real Housewives of New Jersey)

They brought out the cake to pillotalk aw <3

Tonight, Isaac Hempstead Wright (Bran Stark) will be making his return to Game of Thrones since his last appearance at the end of season 4.

We last saw him fighting off white walkers and becoming a tree.

Throughout the events of season 5, Bran was training offscreen in a cave under a tree with the Three-Eyed Raven. (Max Von Sydow)

The metaphysical powers he's been practicing will play an important role in the story. These include his abilities to "warg" and his visions of the past and future.

Isaac told the source "When we meet him in Season 6, he’s no master yet but he can do some really cool things with his power."

more at the source
so, when are we getting the TOJ episode? Will he see Johnathan Snowflake in any of his visions? Guess we'll find out.

Please, there's absolutely no need to attack Devin, or anyone.

- ‘Becky’ has been a nickname that Beyonce has called Rachel for years so she didn't have to say her real name, a source says.
- At the Met Gala in 2014, Rachel came up to Beyonce’s group and said hello to Jay Z. Beyonce said nothing to her but she didn’t make Rachel leave. Solange started in on both Bey and Jay about not letting her around them. She was furious that Beyonce would just sit there and let Rachel hit on her man.
- Later in the night, Rachel came up to Beyonce and Jay again and a photographer wanted to take a picture. Beyonce just said yes because if she didn’t it would cause a scene. Solange completely lost her temper at that point, started yelling at Beyonce, and told her that Rachel was going to use that picture if she didn't put her foot down.

Sources confirm Kerry and her husband, Nnamdi Asomugha, are expecting their second child, a sibling for daughter Isabelle. It's being reported that Scandal could get pushed back to midseason.

The Billboard Millennium award celebrates outstanding career achievements and influence in the music industry. Not to be confused with the Icon award Jlo got a couple of years ago.
Beyonce was bestowed with the honor in 2011. The last person to receive the award was Whitney Houston (rip) in 2012.

Kelly Osbourne debuted her new hairstyle while at country music festival Stagecoach in Indio, California this past weekend. She also took a picture with Snoop Dogg. More pics under the cut!

Congrats! DJ Khaled and his fiancée are expecting a baby https://t.co/0r4BoCzcyM pic.twitter.com/ykMQdaIDzB

SOURCE
This is so cute, wtf 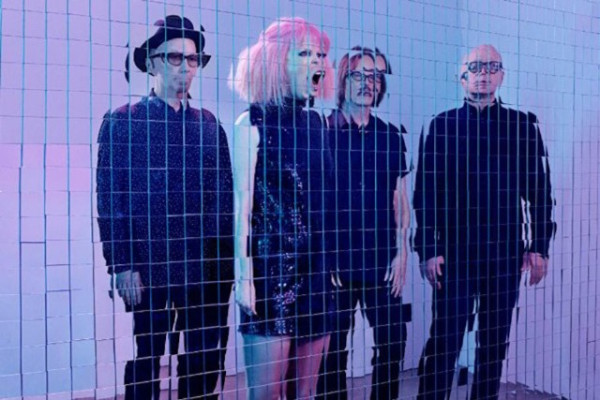 Garbage recently announced their sixth studio album, their first in four years, Strange Little Birds (out on June 10) and last month released the LP’s first single, “Empty.” They have added US tour dates today! It is also believed that these shows will come with a VIP package like they did for 20YearsQueer. I bought one last year and you get early entry, a soundcheck, Q&A, and a pic with the band! I highly recommend it if you're not broke. They go on sale this Friday!


Source.
Going to the Richmond and DC shows - YAS! 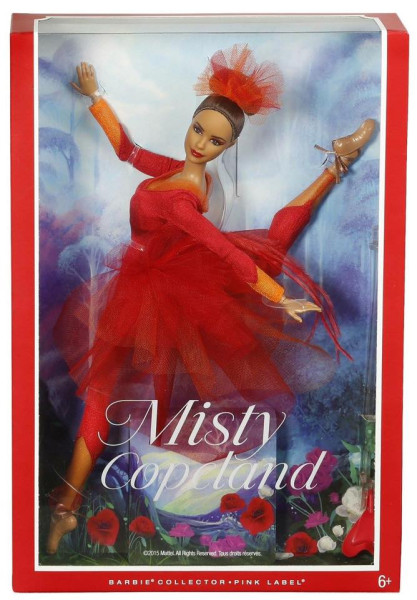 The doll's retail price is $29.99. It is currently available for pre-order at The Barbie Collection. It was briefly available on Amazon but now appears sold out. The doll is Pink Label, which means that there is no limit to how many dolls can be made.

More images after the cut.
( Collapse )
source: all images via Amazon, doll info via the Barbie Collection

Eva Mendes' older brother, Carlos, died of throat cancer on April 17. Carlos was diagnosed with the disease two years ago.

Two weeks before his death, Eva posted a photo of the two of them on Instagram, with just a heart for the caption.

In a recent interview Anna Wintour explained this mess:

"We very much wanted to give Taylor a new look, make her into a sort of a rock n’ roll chick ... We love the way she looks, we think she looks young and modern and different and I can’t wait to see what she’s going to wear on May 2.”

All 12 of @Beyonce's "Lemonade" tracks debut on the #Hot100 https://t.co/iwPhjEg7HF pic.twitter.com/to5bKNcIKW

yuckkk @ the sight of Tyga getting it in. That being said, I'll definitely watch it if it leaks lol 🙃

The European Broadcasting Union (EBU) is pleased to announce that it has signed a deal to broadcast the 2016 Eurovision Song Contest Grand Final live in the United States for the first time!

Americans across different time zones react to the news that #Eurovision will be aired for the 1st time in the US 🇺🇸 pic.twitter.com/wlZHRjeyRb

The Grand Final will air on Logo TV on Saturday May 14 at 3pm EST
It will also be streamed on LogoTV.com and the LogoTV mobile app.

too bad its probably not the bbc feed. no grahman norton no care.

As Harry embarks on solo career...

- One Direction are not coming back in two years time as promised because Harry, Niall, Louis, and Liam are enjoying their solo freedom.
- Doesn't help that Harry and Louis were allegedly not on speaking terms even before the hiatus.
- Harry's manager, Jeffrey Azoff, also has big plans for Harry both in singing and acting, which will tie Harry up for the next three years.
- Camp of Harry feels that being in One Direction is very much a thing of the past and is determined to make him the next Justin Timberlake.
- Harry is set to star in the Nolan helmed Dunkirk, which starts shooting end of the month.

Kate Upton shows off her stunning engagement ring at the 2016 #MetGala: https://t.co/BS7g8m4t9u pic.twitter.com/W95d3h4DYT

"I'm really excited, he asked me right before season started so we've been keeping it on the down low for quite a while," she told E! News exclusively. "So I'm excited to finally be able to share it with the world!"

Kate and Justin aren't in any huge rush to say "I do." For now, "we are enjoying the engagement period," she said.

@alamocitycon I'll do a photo op with you anytime @jdfffn

-The two have not seen one another since they filmed Turbo: A Power Rangers Movie back in 1997.
( Collapse )

My OTP before I even knew what an OTP was

Lucia Aniello (Broad City) will direct and produce (with Paul W. Downs) the film. They also wrote the script.

R-rated comedy about five friends who get a beach house in Miami for a wild bachelorette weekend that goes completely off the rails.

Zoe Kravitz is in talks to also co-star in the movie.

The Alanta Hawks' late push was not enough to steal Game 1 from the Cleveland Cavaliers as the Cavs won 104-93. Lebron James led his team with 25pts (11/21 fgs) and 9ast.

Despite almost throwing the game away, the Oklahoma City Thunder managed to pull out a close win over the San Antonio Spurs 98-97. Russell Westbrook led his team with 29pts(11/25 fgs) and 10ast.

SOURCE
I think we can now say the playoffs have started. I would like 5 more of these Spurs/Thunder games. The Thunders are still terrible at late game execution, seriously thought they blew the game. That late game scramble by both teams though was all over the place.

source
i can't believe harry's not whispering for once

What do you thought about e01?

Leicester City are the new Premier League champions after the Chelsea-Tottenham Hotspur match ended in a draw (2-2), which made it mathematically impossible for second-placed Spurs to overtake them on points. Leicester are at the top of the Premier League table with 77 points.

Once again, it's the anniversary of the Battle of Hogwarts so, as promised, I shall apologise for a death. This year: Remus Lupin.

Today marks the 18th anniversary of the fictional battle so it's time for her second annual apology for a beloved fictional character's death. Last year she was "really sorry about Fred."

ONTD, whose death was the saddest for you? [Spoiler]"Here Lies Dobby, A Free Elf" imo.

Was expecting something funnier tbh...

Are you excited to see the return of the best relationship of the original X-Men trilogy, ONTD?