-The remake of the 80s classic Adventures in Babysitting marks the 100th Disney Channel Original Movie.
-To celebrate Disney is airing a massive four day marathon of their 51 most popular DCOMs starting May 27th.
-Airing encores of the most popular along with all all the rest all throughout June.

Full Schedule at the Source

Well-documented bigot Curt Schilling was fired by ESPN for making a really vile transphobic Facebook post in response to the recent controversy over restrictive bathroom laws. If you want to see it, it's here, but it's gross and offensive so use your judgment.

Schilling was suspended last year by ESPN and replaced by the fabulous Jessica Mendoza for saying some shady stuff on twitter about Muslims and Nazis.

Hopefully Mendoza will get his Monday night gig as well as Sunday night now. She's amazing and Curt Schilling is such a huge piece of shit. Too bad he wasn't fired before Monday's game because I hated having to listen to him during Cubs-Cardinals.

Looking to bop to 5 different songs in one? Look no further. Listen to Roisin Murphy's absolutely brilliant and bonkers new song Mastermind from her new album Take Her Up To Monto, out July 8th!

“No,” Clarke put it succinctly when we asked if she might again play Sarah Connor in future Terminator sequels. “Can I say that? It’s okay. No. Uh-uh. But I have some very different roles coming up.”

Good riddance. I wish Hollywood stopped with the destruction of the original story...

The Los Angeles Clippers once again shut down the Portland Trailblazers, defeating them 102-81. Chris Paul led his team by locking down Damian Lillard and having 25pts (10/22 fgs) and 5ast.

SOURCE + my tv
IDK why I thought these games would be even a little competitive esp Clippers/Blazers, CP3 has always had Dame's number. How many sweeps do you think we'll see?

Someone wake me up when Round 2 gets here

Trailer can be watched here, as there's no embed code. 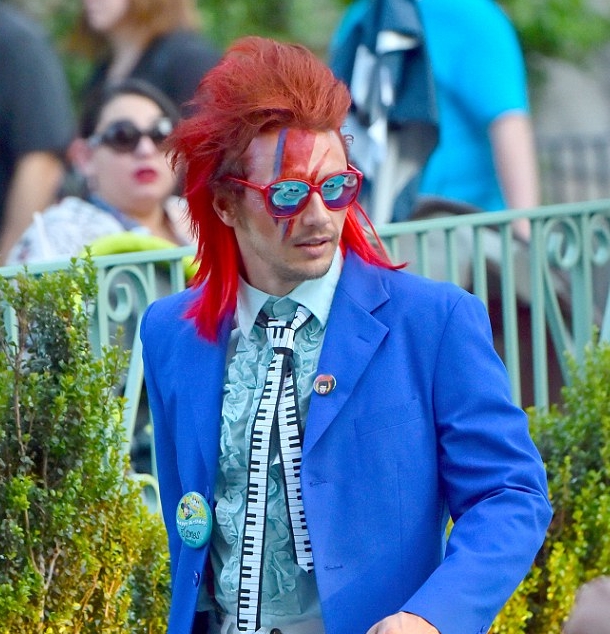 #JamesFranco celebrates his 38th Birthday at Disneyland, on April 19 pic.twitter.com/bfYWI7T1dR

you only hate franco because you hate yourself lbr

In the interview M.I.A. says: "It's interesting that in America the problem you're allowed to talk about is Black Lives Matter. It's not a new thing to me—it's what Lauryn Hill was saying in the 1990s, or Public Enemy in the 1980s. Is Beyoncé​ or Kendrick Lamar going to say Muslim Lives Matter? Or Syrian Lives Matter? Or this kid in Pakistan matters? That's a more interesting question. And you cannot ask it on a song that's on Apple, you cannot ask it on an American TV programme, you cannot create a tag on Twitter, Michelle Obama isn't going to hump you back.” 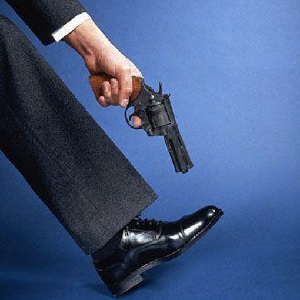 [Blind Gossip] For those of you who thought that the dismissal of a certain TV star didn’t make any sense, this should provide some insight!
( Collapse )

[Optional] Was getting his costar fired a smart or dumb move on his part?</b>
Source

The vid is a MESS you can 100% tell she's only sorry she got caught.

A medical emergency resulting in a fatality has occurred on Prince's property in Minnesota.

The authorities are not currently saying who has passed away.

Earlier this week Prince's private jet made an emergency landing so that he could be hospitalized.

Edit: TMZ is now confirming the death in question is Prince

Let's talk about the finale! Did you know what Katherine Heigl's job was in 27 Dresses, ONTD?

All proceeds will go to the organization. Marilyn Minter's portraits of Miley will be sold through Artsy and Marc Jacobs will be selling t-shirts online and in stores.

In a new clip from I Am Cait, Caitlyn's group of trans friends show her evidence of Ted Cruz's opposition to LGBT rights. Caitlyn denies that she's "cheering him on" but when her friends point out that by voting for him she is indeed cheering him on, she says that it's because she thinks he can "take care of the big issues."

+ Following the great chemistry Downey and “Spider-Man” star Tom Holland had in “Captain America: Civil War”, Sony and Marvel knew they had to work hard to get these two back together for the “Spider-Man” reboot. Sources say the size of the role is unknown at this time.
+ The pic opens on July 7, 2017 with Tony Revolori and Laura Harrier also on board. Michael Keaton had been tapped as the villain but sources now say his deal may not work and the search may be on yet again for a new antagonist.

So former longtime Scientologist, musician and forever ridiculously rich Lisa Marie Presley of the Memphis Presleys quietly left the cult in 2010 after over 30 years in. Other than some vague comments and song lyrics, she's remained more or less silent...or SCIENTOLOGY THOUGHT.

Click the link, which has details and backstory. ONTD's gonna read today.

Something huge is about to go down with Scientology that could destroy the ‘church’ https://t.co/OEcEpX8lZI pic.twitter.com/0bcMNUPiNA

What kind of next level, long game of revenge tiny queen?

Lena Headey on The Late Late show with James Corden


Lena recalls a super awkward fan encounter when being in the hospital to give birth to her second child. Lena's daughter had jaundice and to comfort her, Lena wanted to breastfeed her.

When Lena's boyfriend/baby daddy was no help and was squeezing her boob/nipple too tightly. Lena asked the nurse to help her instead who ended up saying "Shame" just as she squeezing Lena's nipple making it really awkward and embarrassing for both of them.
( Collapse )


Ahead of their premieres, HBO has picked up Game of Thrones for season seven, Veep for a sixth season, and Silicon Valley for a fourth season.

Valerian and the City of a Thousand Planets arrives in theaters in 2017.

Entertainment Weekly confirmed that Lifetime is creating a series based on Selena Gomez's life. Selena will be an executive producer, as will Kevin Spacey and Dana Brunetti.

There is currently no information about the release date. Audiences can expect story lines revolving around Selena's "trusted inner circle."

• Wanda will likely have full use of her powers by Infinity War.

-  Britney called Justin to ask him if he wanted to join her on her on stage for a special performance.
-  Justin though it was a joke at first.
-  There's no animosity between them
-  They both think their fans will FREAK OUT. ( WE WILL )
-  Poor Jessica.

ONTD, were you sad when Justney broke up? Do you still ship them?

🎥 "How you act on social media during the last day of shooting" by @EchoK pic.twitter.com/nn87bUpmRG

The two posted pix with each other on snapchat today. First Kim/Amber now them..hmmmm

Talking to ShortList, RDJ confirms a new Sherlock Holmes will be filming this year.

"We’ll attempt to make one this year,” Downey Jr. tells Shortlist magazine. "When we’re making those Sherlock movies it is off the hook. It really a big deal to go and do those movies. I’m tired all the time, but I’m excited about it."

"Today, the world lost a creative icon." —@POTUS on the passing of @Prince: https://t.co/MTb3nKxruR pic.twitter.com/gowq1MExM3

.@prince U tapped me on my shoulder, I turned around, U shared something so touching. Healed a lot of my past pain. Thank you. #Prince RIP

Clooney covers Esquire where he opens up about his marriage to wife Amal Clooney.

"I've never been happier in a relationship by any stretch of the imagination," he told the American edition of Esquire. "At 52, I found the love of my life and I'm really happy."

The Ocean's Eleven star tied the knot with British lawyer Amal Alamuddin in a romantic ceremony in Venice, Italy in September, 2014.

The movie is about two competitive women on a business trip to Canada who hire another woman off Craigslist to be their intern, derailing the trip.

Stone is currently attached to a live-action Cruella project; McKinnon is on SNL and will be on the new Ghostbusters; Bell was in 22 Jump Street and will be on Office Christmas Party with McKinnon later this year.

a three part short, avan provides the plotline for the the film he wrote and directed: “Grim (Landon Liboiron) has just died. He’s thrown into purgatory and suffers from amnesia as he tries to understand his situation. He’s guided by his guardian angel Neon (Carlson Young) while also being haunted by Bones (Jogia) who is trying to collect his mortal soul. Also, Instagram won’t refresh.”

episodes three and four come out next week

Wearing an earpiece and taking directions from our team behind the scenes, Williams faced unsuspecting customers who swore they recognized her from that really popular HBO fantasy show, but couldn’t quite figure out what she was doing behind that counter. Like the pro she is, Williams didn’t break character once, and instead offered customers free GoT swag from the HBO Shop if they were willing to act out some of the show’s more memorable scenes.
Naturally, utter chaos ensued.

Which scene would you choose to act out with her, ONTD?

Do you bathe with your adult siblings, ONTD?

This trailer is insane.

sources one and two

i still can't believe it :(
Collapse