- She basically stole her whole Coachella look from a nobody on instagram.

- The Australian girl, Brit Day, posted this picture 2 weeks ago.

And It's Not Gendry

Thoros aka the drunken red priest who brought Beric Dondarrion (aka eye patch guy with flaming sword) back to life about six times which just surprised the hell out of Melisandre (on the show). According to his agency, "Paul has also been busy with television roles, you can catch him in the eagerly awaited Season 6 of Game of Thrones."

So this would suggest the return of the Brotherhood Without Banners since there were rumors that the actor had been spotted filming a hanging scene. And casting calls had gone out for actors to play "outlaws".

Which has also stoked another round of Lady Stoneheart hopes

source
do I even dare to hope?

What sequel is better than the original, ONTD? Mine would be Kung Fu Panda 2
Source

- She thinks gay marriage, women's rights and abortion shouldn't be our main focus.
- She wants America to be great again.
- The "wall" is just a way to have a better control over who comes to America.
- Too many immigrants are taking your jobs, not paying taxes and having babies.
- Background check for every muslim entering the country is necessary.
- Trump is not just a politician, he's a brillant business guy.
- What's the point of legalizing gay marriage if the country is shit.
- Georges W.Bush was one of the greatest presidents.
- She kinda gets why Trump doesnt like women.

We chat to Leigh-Anne from @LittleMix about tours, fashion and style blog #leighloves https://t.co/luqLewwg8E pic.twitter.com/0czkspl16A

Well Catalina I mean Catrina Island didn't work out too well for our group.

If Castle is renewed for a shortened - 13 episodes - final season, Stana Katic and Tamala Jones have both been fired from the series for "budgetary reasons".

Tonight is an all new episode of #janethevirgin and I get to dance with the outstanding @derekhough don't miss it!💃🏽 pic.twitter.com/uS4WlgMYbV

ontd, are you looking forward to seeing this creepy child of the mormon corn taint JTV with his evil presence?

Lena Headey talks about Cersei Lannister in Game of Thrones Season 6, fans reaction to the Walk of Shame and nudity and her use of body double

On some people thinking she was "less of an actress" because she "didn't get her tits out":

-says she was shocked by reaction of her not going nude

"The McDonald's fo the future", a new McDonald's franchise in St. Joseph, MO, USofA, will open its doors with all-you-can-eat French fries this summer. For those looking to pair those bottomless French fries with something sweet, there will be customizable desserts, too. To keep kids entertained there will be a multi-story PlayPlace, interactive light board tables, and tabletop video games.

ONTD, would you prefer all-you-can-eat-fries or all-day-breakfast?

( Collapse )
Have you ever lost / had your phone stolen ontd?

(I put Team Cap second b/c lbr, theirs is so much better)
(except for Hawkeye)
(please take him, Iron Man people) 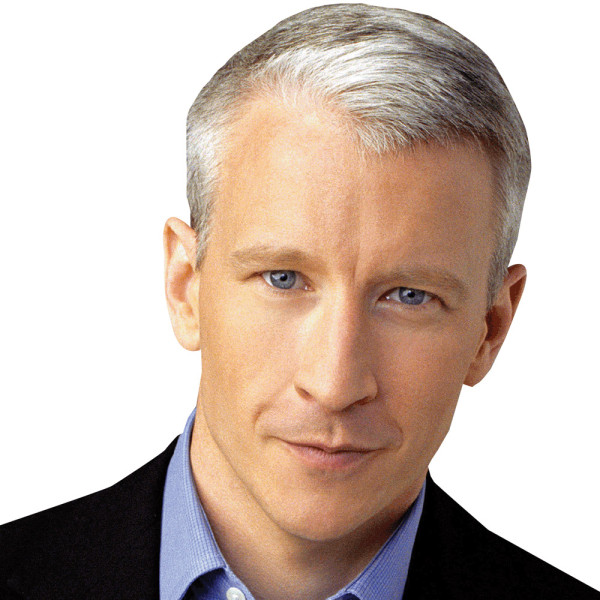 In a new interview with Sirius XM host Jenny Hutt, Anderson Cooper reveals that he does NOT like doing celebrity interviews! BUT the CNN anchor does say that two stars tickled his fancy!

Anderson says, " I tend not to see a lot of celebrities, I don’t hang out with celebrities. I honestly never know what to ask a celebrity like I just really hate interviewing them UNLESS they’re really interesting – like I did profile of Adele for 60 minutes. And that was awesome and she’s great to hang out with. Eminem is a fascinating character- I’ve profiled him. Generally people I’ve been actually been able to spend time with in some sort of interview I’ve enjoyed…"

What does Anderson think of Justin Bieber? "It’s funny, I honestly could not name one good Justin Bieber song but I will say I watched him do that CBS late night, James Corden, Car karaoke, which I really like and I’ve watched both of the Bieber ones I thought he came off very appealing and I thought it was a venue that worked well for him…"
SOURCE http://jenniferhutt.com/2016/04/18/anderson-cooper-stops-by-just-jenny-show-at-siriusxm/

ONTD, are you excited for the best female rapper to be on your TV's every week!?

ONTD, who do you want to announce a pregnancy next?!

When Disney asked us to collaborate with them again on an all-new spectacular adventure, of course we said yes. Here's a quick look at the limited edition Alice Through the Looking Glass collection! #UDinWonderland #UrbanDecay #throughthelookingglass 🐰🎩💄

* Jared Leto, 44, and Halsey, 21, were seen together at Coachella this weekend looking friendly (*two pictures at the source).

* It's speculated (by OP) that they met last weekend at the MTV Movie Awards, where Halsey primarily expressed her excitement at "seeing the cast of Suicide Squad".


What do you think, ONTD?

Summary of vid:
-only those who don't know how Hollywood works are upset about this casting
-there are no "A-list female Asian celebrities"
-they would never even make the movie without Johansson or an A-List white actress like her
-it's not Johannson or the studio's fault, it's THE SYSTEM
(because those things exist in mutually exclusive bubbles, i guess??????)
-don't blame Johansson, you guys :(((

more of the laughable commentary at the source: 1 | 2

The source includes a link to a montage of yellowface which it calls "racially misguided" casting, if above's commentary hasn't already keyed you into their view on the subject.

EDIT: Mods, changed the title to include the name of said mouthbreather. Thanks!


-Daisy is in talks to star in fantasy thriller 'Kolma', with JJ's Bad Robot producing
-Will be directed by Marielle Heller (The Diary of a Teenage Girl)
-The film will be based on the 2003 Israeli TV movie All I've Got (Kol Ma She'Yesh Li)
-It follows a 22-year-old woman who is in a terrible car accident that kills her boyfriend. Then, decades later, when the woman dies she's given the choice of returning to the day of the accident to live again as a 22-year-old or being reunited with her love.


She's not with her half-Pakistani ex anymore so what is her excuse this time?

How have people excused cultural appropriation around you, ONTD?

Act 28 was the best episode of Crystal so far imo! SMC just gets better and better! Did you love act 28 as much as I did, ONTD? 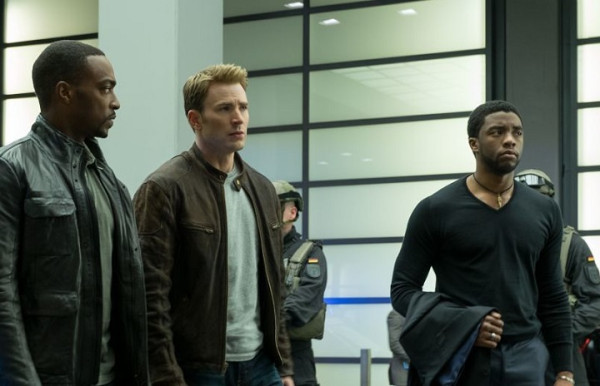 Marvel's nearly flawless new movie, Captain America: Civil War, has not only earned great reviews. It's projected to make $175-180 opening weekend at the box office.
It also introduces T'Challa, the Black Panther. According to Kevin Feige, mastermind of the Marvel Cinematic Universe, T'Challa adds an "undecided voter" element to Civil War. Feige says T'Challa is not invested in either side but chooses his stance based on personal reasons.

ONTD, why are people #TeamIronMan?

Game of Thrones advance screeners could be revealed through an FOI request https://t.co/H1S3th0FO6

- a journalist has submitted a freedom of information request to the US Government asking for President Obama to share his advance screeners of Games of Thrones season 6.

- "If the president, and by extension, our government, is in possession of a file, surely that file is subject to my request to see it as a U.S. citizen."

[interview w/ ali alder]
-waiting to tell cbs who or what is in the pod
-got pretty close to killing off someone but decided not to since the message all season has been "stronger together" and heavy on family
-maxwell lord is always about protecting the earth, even if it doesn't seem that way
-max and cat have a history "maybe he hurt her"
-have heard very positive though unofficial things about a renewal
-talking about potential kara/james relationship in s2
-hunt for jeremiah will be a priority next season
-casting superman is "always a conversation"

The girls' big trip comes to its thrilling conclusion on the Season 3 finale, Wednesday at 10/9c.

Source: My TV
Did you like the political ads better or the season four debate?

With 60 cumulative weeks at #1, @rihanna is now the act with the 2nd-most weeks atop the Billboard Hot 100, trailing only @MariahCarey (79).

-Rihanna and Drake collaboration is #1 of the BB HOT100 for it's ninth week.
-Rihanna is now the second act in history with the most weeks at first having spent 1 year + 8 week of her 11 years career at #1.
Source Source
Slay Badgal!!!!

....but there's a twist! It's only the cast and for a Vulture panel.

- The entire cast of Happy Endings (Eliza Coupe, Elisha Cuthbert, Zachary Knighton, Casey Wilson, Adam Pally, and Damon Wayans Jr.) and original creators David Caspe and Jonathan Groff are reuniting for a panel at Vulture's Festival. Where's Grant/James Wolk tho?!
- The reunion will be on May 22.

Hopefully they can announce something like a Netflix/Hulu season or a VoD movie, or something... It's amazing that the show is still so talked about years after it's cancelation.

source
ONTD, are you excited for football in 5 months? What about Guardians of the Galaxy 2? Do you like your team's schedule for next season?

She will play the mother of a boy living in Minnesota circa 1977.

The movie will be based on the book 'Wonderstruck' by Brian Selznick. It tells the story of a boy named Ben who longs for the father he has never known. And a girl named Rose who dreams of a mysterious actress whose life she chronicles in a scrapbook. When Ben discovers a puzzling clue in his mother's room, and Rose reads an enticing headline in the newspaper, both children set out alone on desperate quests to find what they are missing. The two stories weave back and forth before ultimately coming together.

Naomi Watts will play therapist Jean Holloway, who develops improper and dangerous relationships with people in her patients' lives.

so what did you guys think of the first season?

this is just an excuse to talk about the finale

My final word on all the White-Washing Ghost In The Shell Broken System stuff:https://t.co/rOMbqLk6WS

-Max wants to make it clear he knows the system is fucked up
-Industry is afraid of change and risk
-Tries to come off as woke
-Still makes films starring mostly white people
-Passive aggressively calls me out :)

Presenting the 13 most stylish men in the world right now https://t.co/1kRlqrumpP pic.twitter.com/9Ktt48KJO7

For GQ's latest issue, the magazine compiled a list of the 13 most stylish men in the world right now. Find out if your fave made the cut.
( Collapse )

SOURCE
Do you agree, ONTD?
Collapse