#PeopleOverProfit you can #FreeKesha if you #FreeDrLuke Do what is RIGHT not what is better for business 🙏🏼 https://t.co/WPqvZvUyk5

You can buy the album that ended 3rd on the prestigious Pazz & Jop critics poll and was named Most Underrated by obnoxious white hipstersPitchfork readers on iTunes and Google Play. 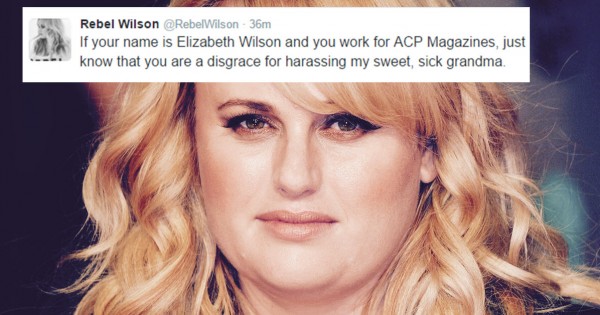 - Rebel posted a tweet condemning a female tabloid journalist (no relation to Rebel) who had allegedly harassed her grandmother
- She followed up that tweet by revealing the name of the woman and posting a picture of her face
- Her Twitter army went in on the woman, who contacted an Aus media site and explained that she had no idea what Rebel was talking about, wasn't even a tabloid journalist, was obviously the wrong woman
- Aus media site tweeted her this info, got blocked
- People tweeted at Rebel to take the tweets down, she was (unsurprisingly) shitty and refused to do so until the last minute
- TLDR: the last name Wilson is so common that everyone in Australia has it, drama ensues

Rebel is a obv a mess but I especially can't at stans who actually play into this shit and come for dox victims at the drop of a hat. Celebs have too much damn power.

Hoechlin flew to Vancouver for an unknown role, Vancitybuzz (honestly, idk) predicts he's to be cast in the upcoming 50 Shades production, since he got picked up from the airport by a driver for the 50 Shades franchise. He's apparently casted as Boyce.

When you get picked up by a Max & Banks driver it's official you are here for #FiftyShades Welcome Tyler Hoechlin pic.twitter.com/KdGE0ZulbN

You’re a Man Now, Boy is out now! Buy the album here. You can also stream it on Spotify, Vevo or Apple Music.

WORLD EXCLUSIVE Cheryl & 1D's Liam Payne are in a secret relationship and in love. My story: https://t.co/TMl04vRVxn pic.twitter.com/BFAHDhXEQ6

Allegedly:
-They've both been dating for 3 months since December
-They've been a good fit since they met when he was 17 (though they met actually he was 14) and are both northern
-he's so smitten that he got his rose tattoo to match her ass tattoo
-She's helping him deal with life after the spotlight and he's helping her live again after her terrible marriage
-They're both very loyal and as a result are suited to each other.
source
This is hilarious, bless Dan Wooton

Him trying to correct her calling herself a baby...

[Spoiler (click to open)]This was the best episode TVD has had in a while. I still hate the Caroline/babies stuff though.

I did not like TO. I've watched the TVD, I know how The Originals were turned and I know the whole sire-line stuff was not intentionally on Esther's part and ended up just being a result of the immortality spell. Davina's spell made no sense to me and I think it should have failed. Hayley should be part of either Klaus' or Hope's bloodline end of story and Jackson wasn't even a vampire at all so it's just BS. I think Kol should be on the show, but I can not imagine he'd be okay with Davina killing off Klaus & Elijah so I think that should have been a huge issue for him and I know they're not going to make it one and it sort of ruins Kol for me. Klaus would never have been any part of a plan to kill off Kol.

Update:
-spokesperson Elliot Mintz says it was not a stroke but extreme flu like symptoms and she will be released tomorrow
Source

-queen jenny blessed a red jumpsuit for idol's top 10 party
-keeps rocking her natural hair, when will u
-kelly clarkson is her kinda girl

Is This The Feminist Origin Of Ariana Grande's New Album Title? https://t.co/uTduLItgNQ via @Refinery29

- Ariana's new album is called Dangerous Woman, which is aparently taken from this quote by the Egyptian feminist author and doctor Nawal El-Saadawi:


Who inspires you, ONTD?
Source
Source

Mads Mikkelson Teases 'Star Wars: Rogue One' Role, Is He Playing The Villain? - The Inquisitr https://t.co/9y3Bs158oR

[Spoiler (click to open)]
- there have been rumors he is playing the villain as usual, BUT PLOT TWIST. Mads says, “No, my character is actually not a bad guy, and then I cannot say more.” (source)
- tho says he is vital and also important
- Jiang Weng’s character will be the weapons dude
- the filming is essentially complete
- already in pre-production for the next stand alone star wars film
- blah blah we are all Jon Snow and know legit nothing


SIGH. what are some good spoilers/speculation you've heard?

Elton is performing a surprise concert to thank LA for its support of his AIDS Foundation / as some sort of Oscar party. It starts at 3PM EST and will be streamed by AOL. Various musical guests are rumoured.

Viewing details at the Source

- from a Danish magazine interview
- says he misses Mads lots, but they hang on the reg
- says he and Bryan are still in contact, and that they think Hannibal may return in the future
- "I would not be where I am if not for Hannibal"
- used experience from Hannibal for his new hulu show "The Path"

hmmmm. I would be excited if it wasn't for the YEARS of teasing about another Bryan show returning, which will not be mentioned.
SOURCE
SOURCE 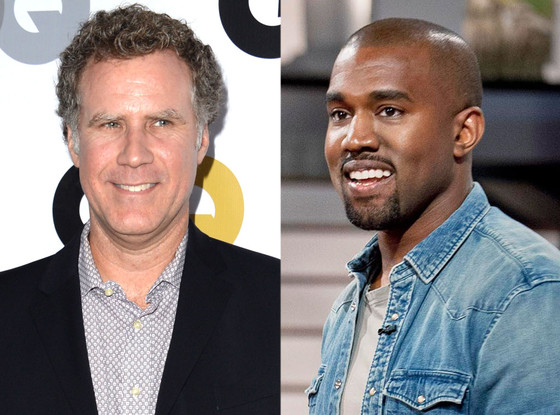 After seeing Zoolander 2 for the second time, Kanye took to Twitter to praise one of the movie's stars, Will Ferrell. As it turns out, Kanye appears to love the famous funnyman almost as much as he loves himself.

Previously said he was going to drop an album this summer. It's called…
( Collapse )
Source
What would you call an album if you had to ONTD?

Ciara has canceled her upcoming tour dates once again -- here's why https://t.co/ga3TT3hlJx pic.twitter.com/QfK0sVypvX

Being a wife is the most common profession that win Oscars for actresses. Thoughts? http://ow.ly/YNG48

Posted by Geena Davis Institute on Gender in Media on Friday, February 26, 2016

Fusion looked back through the history of the Academy Awards to find out more about the roles that have brought victory to Best Actor and Best Actress performances.

#6 on that list for Best Actress was prostitute, with 7% 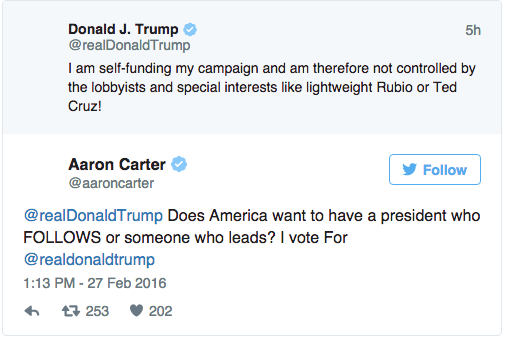 Yass! My fav so far on the album!! Also loving the video evidence Adore finally got around to cleaning her wigs!!! Werq~~~~

- Darren Criss, of your-mediocrity-is-constantly-rewarded fame, has been dating girlfriend Mia Swier for many years

- Many of his fans hate her primarily because they still ship him with his Glee co-star, Chris Colfer

- He yelled at them and then told them off of Twitter

( Collapse )ONTD, have you ever lusted after someone ugly? Still embarrassed I used to stan this clown, but the CrissColfers who are still hanging on are heinous.

If I'm lucky, this is their last TV performance of Black Magic. Wish me luck, ONTD.

Gigi Hadid who is in Italy for Milan Fashion Week closed the Versace show but suffered a nip slip while wearing a loosely draped low neckline black dress.

The model took the accidental flashing in stride and had this to say on Twitter:

SOURCE SOURCE
Have you accidentally exposed yourself, ONTD?

I want to clarify that I would NEVER support any form of abuse.


Tonight is Britney's last show for this leg. She'll be back in April for more shows.


Who was your fav BSB member? Or were you a fan of the inferior Nsync? 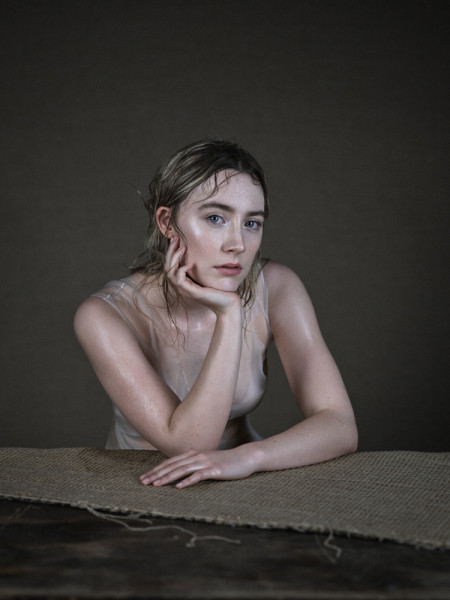 "In the nearly nine years since her first film, all Ronan has done is work with Peter Weir (The Way Back, 2010), with Peter Jackson, on the 2009 adaptation of Alice Sebold's monumental best-seller The Lovely Bones, with Neil Jordan (Byzantium, 2012), and with Wes Anderson, playing the doomed baker-outlaw-romantic Agatha in 2014's The Grand Budapest Hotel." lol @ Jodie Foster ignoring all of saoirse's flops

A few days ago the Saturn Awards announced their nominations and had John Boyega nominated as Best Supporting Actor for Star Wars VII: The Force Awakens, despite his character Finn being the co-lead with Rey (portrayed by Daisy Ridley, who was rightfully nominated in the Best Actress category). After days of fans online expressing their outrage at John's contribution to the film being diminished, the Saturn Awards announced today that they have heard the fans' voices and are moving John to the Best Actor category.

Here is their statement:
Dear Friends of the Saturn Awards:
It has been an exciting time for all genre fans with the release of this year’s Saturn Awards nominations. After careful consideration, we are making an adjustment on our nomination list. We are moving actor John Boyega to the category of Best Actor in a Film. This better reflects his contributions to the success of Star Wars: The Force Awakens. We all look forward to voting and honoring the best in genre entertainment.

source
i'm shocked they actually did this but i'm so pleased. john deserves all the success and praise.

SPOTLIGHT is the biggest winner at the Film Independent Spirit Awards


Three of the four acting winners at the #spiritawards were POC. Take that, Oscars.

- Michelle Collins, known for playing Cindy Beale on EastEnders, is joining Bear Grylls Mission Survive 2016 starting March 3.
- When asked if she'd have any reservations about the 12-day challenge, the vegetarian actress responded, "I don't know if I could eat meat. But if I go out for that reason, then so be it. Drinking my wee is fine!"

ontd, would you rather drink piss or eat meat? do you like to wash down your bbq ribs with a frosted glass of piss?

His GF is a photographer. I think she's super cute! Would you date someone with a lot of tattoos, ONTD?
Collapse