With some of the older shows like Gilmore Girls and Fuller House starting up again, Katie Holmes was asked about Dawson's Creek. She thinks the show existed before the internet took over.

“When I look back at the show, it had a certain charm. It was before the Internet really took over, it was before iPhones, it was before this kind of new form of communication, and it had this certain feeling that was of the ’90s. I don’t think that in today’s world, you could achieve that same kind of feeling.”

src: 1 2
Which show would you want a revival for ONTD ?

Kanye West doesn't even pretend to enjoy being in the #SNL promos: https://t.co/C9ItPTrYbe pic.twitter.com/HbTrgQGCS6

Kanye is the musical guest to SNL, looks bored af. (there's not much else to it)

src 1
Do you like it ? I need to stop with the hair posts omfg

After Sam Smith posted a picture of himself on Instagram with a noticeably thinner frame, fans took to his comments section to express their worry. Fans said he was too skinny and fears that he might lose his soulful fat voice. To date, Sam has lost 50 pounds since last March with the help of nutritionist Amelia Freer.

Sam Smith goes for a dive in the beach - http://t.co/BzwZQYB2fL pic.twitter.com/wUVxKxbK8W

The 5H girls filmed their music video for their new single Monday. And we still don't know the title of the song. A crew member posted a bts sneak peak. We get to hear (a little) something and we get to (barely) see what the mv will look like

Their new management Maverick are deleting every clues about their new single. Let's hope it's as awesome as the girls make it sound. And hopefully, the new album will get better reviews than the last one! This era will be epic!

Lady Gaga has released a stunning new teaser video for her highly-anticipated David Bowie tribute at the Grammy Awards. Directed by Nile Rodgers, the experimental performance promises to combine Intel's breakthrough technology and innovation with Gaga's unique artistry and creativity for an unforgettable moment at music's biggest night.

Despite featuring some of the worst clothing choices in recent KPOP performance history, HyunA and her group 4Minute stunned audiences by performing sexified bop "Canvas" live for the first time on television.

Despite being the star of the group, HyunA tried to give her bandmates their time to shine and mainly performed back-up dancer duties aside from her brief rap.

ONTD - what clothing worn during a live music performance ALMOST ruined the whole thing for you, even if you loved the song?

Nigerian-born actor Hakeem Kae-Kazim sat down with Bronze Magazine to discuss his new role in the upcoming 'Roots' miniseries on History Channel, the impact the original movie had on him as a young black man living in London and how he prepared for his role. He also teases Mr. Scott's journey in season 3 of Black Sails and reveals why he prefers film over tv.
DARK TIMES AHEAD FOR LONG JOHN SILVER IN BLACK SAILS

In an interview with The Chronicle, actor Luke Arnold discusses John Silver's future, his fears and hurdles regarding his disbility and how Captain Flint's behaviour might affect Silver's psyche this season.
FULL INTERVIEWS @:
BRONZE MAGAZINE+LONDONFLAIR PR TWITTER + THE CHRONICLE

if you're still not watching Black Sails by now

Adelegend wants to collaborate with Todd Haynes for her next video

A possible Todd Haynes and Adele collaboration? Interesting. What do you guys think? Via @vulture #engl381 pic.twitter.com/l5yxIgjJMm

Adelegend announced the concert on Wednesday (10/2/16), and tickets were offered to people in the California area who were previously registered with her website.

The lucky fans were treated to an array of her old and new hits in the 16-song set at venue The Wiltern, with celebrities including Jennifer Lawrence, Woody Harrelson, Tom Hanks, Rita Wilson, Emma Stone, Katy Perry, Orlando Bloom also in the excited audience. Robbie Williams was there too!
( Collapse )

Goddess' powers making these celebs to look like they enjoy life.


Sup' mod! I uploaded the image here and linked the image to the original source for copyright protection.
Have been done this before without problems, please accept it >.< !

Waka Flocka Flame and Raury teach us how to make some, honestly, amazing looking blueberry muffins from scratch. Waka announced a few weeks ago on Insta that he was now vegan (apparently groundbreaking) and OP finds it refreshing to see a rapper disucss his diet and health than his shitty fashion collection

Have you made a change to your diet lately?

I saw the premiliary ratings and TO did pretty awful, hitting another series low. I really don't think people are liking this Cami stuff and they probably should have just gone ahead and allowed Klaus to kill her off tonight.

Have you seen the Lego Star Wars display? #TFNY pic.twitter.com/HNctO33dRf 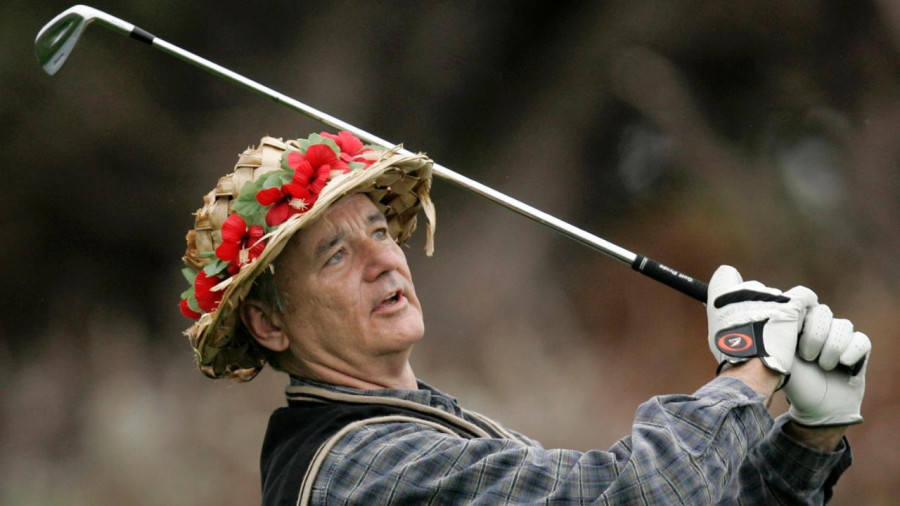 On Thursday night, casual golfer Bill Murray was attending a party at a restaurant when he become enraged after a few 'starstruck' fans attempted to take flash photos of him against his wishes. In retaliation, Murray allegedly grabbed three phones and threw them over the side of the two-story restaurant, damaging two of the phones. Police received a complaint, but Murray was M.I.A. by the time they arrived.

Bill Murray agreed to pay for the damages and no charges have been filed against him.

the BABY BAE part tho what a bop

I would love, love, love if Negga got a nom for this.

nnn she deleted the tweets so fast, she knew the hive was ready. this is days after defending Bey.

Días will keep being awesome by gathering more books and donating them to schools around New Jersey.

What are you doing to help to make this a better world, ONTD?
Also book post ;D

The album is being mastered and will be out today… added on a couple of tracks… pic.twitter.com/6lBxcd83N2

The totally unexpected loss of Supreme Court Justice Antonin Scalia is a massive setback for the Conservative movement and our COUNTRY!

- Supreme Court Justice Antonin Scalia, 79, has reportedly passed away.
- He was vacationing in a luxury resort in West, TX
- No foul play suspected.

Thoughts on his untimely passing, ONTD?

thank you to the good sis

de_throned for letting me know!

An Australian fried chicken place is being called racist for these posters of Biggie Smalls https://t.co/JuL1UUUq4N pic.twitter.com/rnN71i9vCQ

Australian comedian Aamer Rahman (famous for his "Reverse Racism" routine) recently tweeted and posted on Facebook about a new Melbourne restaurant called FAT Fried and Tasty using posters in its interior of rapper Biggie Smalls photoshopped to have a piece of fried chicken in his hands and having wallpaper featuring vintage Aunt Jemima wallpaper. Rahman and others allege that the use of such imagery is racist and drawing on the old association between African-Americans and fried chicken.

Restaurant owners claim that their use of the rapper is out of adoration, not racism.

- “It was a hard time for me, that film, for some reason. I don’t know why I tortured him.”
- "He was always talking about these videos games, you know? I told you it was kind of a dark period. ‘No, I will not give you a drag of my cigarette while you hide from your mother again, Leo."
- Depp absolute respect Leo and admire his work on film (What’s Eating Gilbert Grape)


Badgalriri debuted her first collection for the sportswear brand after helping them increasing their global sales last year . 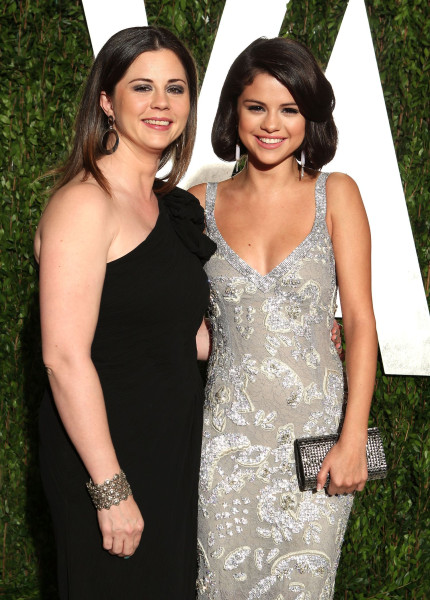 It all started when MediaTakeout claimed that Kanye's Yeezy Season 3 show was such a shit show that Jay-Z and 50 Cent were embarrassed to be there. The site added that fashion critics were not impressed because his latest collection looked much like Yeezy Season 2, which had been described as a bunch of torn rags for $2,000.

Kanye West, of course, didn't take the diss sitting down and went on another twitter rant:

Now - Media Takeout - always remember that you dissed the collection that changed the world.

In the same breath, Kanye praised Rihanna's collection for Puma which debuted at NYFW. It can be recalled that a couple of days ago, Kanye publicly expressed his disdain that Kylie Jenner has signed a deal with Puma.

Wow the paradigm has shifted, She killed it… everything is changed now!!!! Lil Sis kiiiiiiiilled this shit!!!!!!! pic.twitter.com/tpODCa0e9p

SOURCE SOURCE
What have you done to change the world, ONTD?

Putting random Japanese and other Asian scripts on clothing is nothing new to fashion, and Rihanna isn't exactly known about her sensitivity towards those of Asian descent. All that considered though, have the choices made in the Fenty x Puma FW16 show gone too far?

ontd, let me know if you got some good pics of the written pieces or notice anything else suspect about the writing. i could literally find no news sources talking about this so i made an original.

#Deadpool is expected to make more than $130 million over the long weekend https://t.co/tfkGeMpHOx pic.twitter.com/VE8YR1lNgN

Ryan Reynolds explains how he ended up in X Men Origins: Wolverine as Deadpool

Hozier released his latest music video today for Cherry Wine, a song that touches upon domestic abuse. Because of that, they decided to donate all of the single's proceeds to several domestic abuse charities, including Women's Aid in the U.K.

-Paramount has set Transfomers 5, with Michael Bay and Mark Wahlberg to return as director and star, for release on June 23, 2017--the same day as Warner Brothers' Wonder Woman movie.

No one cares about Transformers anymore, Paramount. As for Wonder Woman....

Supreme has relased a statement on their Facebook page. Since its TL;DR here's the summary:

-Morrisey was approached by Supreme over summer 2015 to be the face of this year's T-shirt/poster campaign
-Everything was explained to him down to the last detail, Morrisey agreed and the contract was signed and got his check.
-They made the photoshoot with Terry Richardson (ugh), and Morrisey was told he could do and pose as he want, as well as choose the final image.
-Morrisey then decides he doesn't like any pictures and sends them a selfie, which was made public on his nephew's Instagram and has since been deleted.
-Supreme asks his money back but Morrisey refuses to work with them because they made a collab with White Castle last year and he's a vegan, so he decided to drop out of the project.
-Supreme is asking their money back, but never got it.
-Supreme has gone ahead and produced the campaign regardless of what Morrisey says.
-Morrisey is threatening to sue.

For the first time ever, bigs participated in the Skills Challenge and 7ft Minnesota Timberwolves center Karl Anthony Towns beat out 5'9"ft Boston Celtics point guard Isaiah Thomas (tied for the shortest all-star ever) for the win.


After a thrilling duel in the Slam Dunk Contest between Minnesota Timberwolves' Zach LaVine and Orlando Magic's Aaron Gordon, LaVine came away with his 2nd consecutive win.

Cool to see a big man win the skills challenge. Steph gets a lot of the attention so happy that Klay won, hopefully the Splash Bros can trade off every other year. Zach is more athletic but Aaron had the best dunk by far. Definitely more entertaining than last year though. 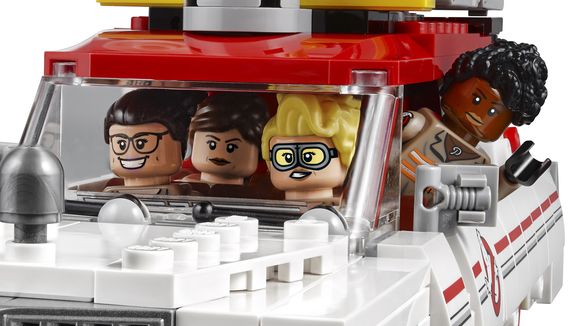 For those of you who have felt continually burned by the exclusion of female characters in franchise Lego sets, here's the new Ghostbusters Lego set! It doesn't fix those old wounds but hopefully it'll make you smile a little.

Included in the set are the four Ghostbusters, their secretary Kevin, a red demon, the Ecto-1, and Ecto-2. It will go for 59.99 and is coming out this summer around June.

The movie comes out July 15.

Dress rehearsal with @melissamccarthy starts in an hour! Can't wait to see her mono tonight. #SNLhttps://t.co/D6KvEdi02y


- Viewing post.
- Airs the usual time tonight.
- Kanye is the musical guest if anyone gaf anymore.

Sorry I forgot it was back last week guys.