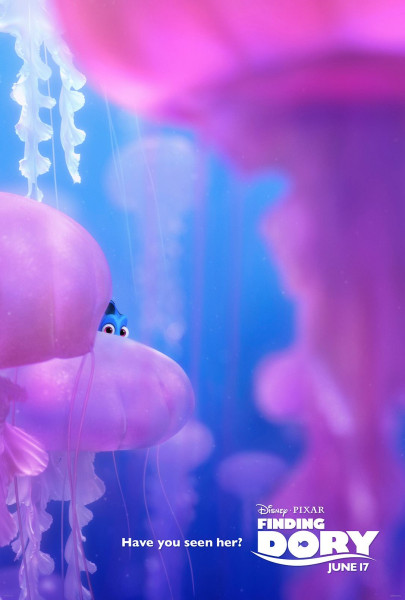 Charlize Theron could be featured in the upcoming 'Fast & Furious' sequel: https://t.co/aKkT745PsK pic.twitter.com/fJh4o26bfk

-Still very early in talks process, but multiple sources reporting that the 'Fast 8' team has their eyes on Charlize Theron to play the villain in the upcoming 'Fast 8' film
-'Fast 8' will be directed by F. Gary Gray, who also directed Theron in The Italian Job
-Dwayne Johnson and Jason Statham are also both confirmed to return to the franchise

Get that franchise $$$ Charlize!

With Ryan Murphy as an in name only producer, there's not as many dramatic embellishments. Except for continual shoehorning of Kardashian children. Here's some things from the second episode that were true.

-AC was the owner of the infamous Bronco, but the one found at OJ's property actually belonged to Hertz rather than OJ himself. OJ was holding on to pictures of his children when he exited the Bronco.

-The US Open and the NBA Finals also took place the day of the chase. The ESPN documentary June 17, 1994 gives a look at the other sporting events that took place that day only to be eclipsed by OJ.

-Peace and Love accompanied with a smiley face were located on the suicide note though it's believed by the author of the book that the series is adapted from that Kardashian edited the letter since he believed OJ to be "near illiterate".

-According to OJ, they did indeed drive by Nicole Brown's grave before being spotted on the freeway.


other exmples @source
so how'd this one measure up?

Demi Lovato sparks outrage for wearing what appears to be a fur coat: https://t.co/65urfNUqic pic.twitter.com/EsrSBPqydC

She posted the photo on her FB, while holding her dog. It's not been confirmed or denied that it's real fur.

Her fans (?) were pissed saying they would unfollow her if she wore real fur, and it was hypocritical of her to wear real fur while holding her dog.

Do you think it's real fur ontd ? Do you personally wear fur ?

-Earlier today, Gwen instagrammed this pic which appears to be showcasing the tracklist for her upcoming solo album
-Features hit single 'Used to Love You'!
-Included the caption: "This Is What the Truth Feels Like..."
-No release date yet for the album, but we may be getting it sooner than expected.
-This album will be coming almost 10 years after Gwen's last solo album The Sweet Escape, which was released in December 2006

Gigi Hadid's mum Yolanda warns her that Zayn Malik 'only wants to date her for the fame'. K. https://t.co/9ieqP7vJ7U pic.twitter.com/lDwAzEg15w

tl;dr:
banned source says
*Yolanda thinks Zayn's in it for the fame
*She apparently approved of Joe (jonas), bc they kept things low profile
*"But she worries Zayn relishes the fame his relationship with Gigi gives him."

ontd do you think taylor is pressed cos haylor is not art basel material?

Source
This whole feud is ????

ONTD, what's the weirdest post you've made on here?

YES! Now can we get Sonic 3 onto mobile devices?

Buy the single on iTunes or Stream it on Spotify

DMX, is on the mend after he was found unconscious in a hotel parking lot

X suffers from asthma and asked for his inhaler before collapsing, they also stated that a witness saw DMX take ingest a powdery substance before he collapsed.

(OP NOTE: asthmatic here and that almost happened to me once.)

Swizz Beatz went on Twitter to say that he spoke to X, and is doing well.

Just got off the phone with the DOG . He's good and in great spirits Thanks for all the blessings 🙏🏽 @Dmx the Great! pic.twitter.com/vyEwh30eYF

Earlier today, Jesy Nelson shared a picture with the world, both on Instagram and Twitter, that almost made me crash my car when I saw it, but it was totally worth it.

The girls were shooting something today. Some people are saying that they're the new Covergirls because of the caption, but nothing official, yet.

I personally think that it's for PETA because Perrie posted a picture of her with a puppy.

ONTD, never check your notifications when you're driving.

J.K. Rowling has been writing a play called "Harry Potter and the Cursed Child" and Scholastic announced today that the script will be published in book form on July 31st of this year!

The story revolves around Harry's life after Hogwarts and how he relates to his son Albus.

The play will be performed for the first time on July 30.

'The Light Between the Oceans' will open on 9/2. It's one of our most-anticipated of 2016: https://t.co/rXlPjWhNC3 pic.twitter.com/MwM9qes9hb

- It's opening September 2nd
- Stars Fassbender, this totally unknown actress Alicia Vikander and Rachel Weisz
- It's about a lighthouse manager dude and his wife who find a bb in a lifeboat and decide to raise it as their own; it doesn't go super-well

Hooray! But what's happening with Trespass Against Us?!
source

Andy Mientus is returning to #TheFlash! Get the scoop: https://t.co/BWyWyJ1Voj pic.twitter.com/cEQatonJJZ


Full interview out tomorrow where he talks about his faith, Hailey Baldwin, Sorry being about a girl and finally growing up...
( Collapse )

A blood feud between families spills into the streets of Star City TONIGHT on a new #Arrow at 8/7c!https://t.co/yhO0hiciwL


Both actresses, who recurred on OUAT, will join the creators' new summer show on Freeform, Dead of Summer. It's a horror show set at a summer camp in the '80s when ancient evil awakens. Lail's booked the lead role of Amy while Mitchell's playing the new owner of the camp, Deb. Zelda Williams, Paulina Singer, Alberto Frezza, Mark Indelicato, Ronen Rubenstein, Eli Goree, and Mark Indelicato have also been cast.

Azealia Banks took to Twitter to voice her displeasure with white feminists and their "What about ALL WOMEN?!" reaction to Beyoncé's "Formation." Explaining to white feminists that "Formation" wasn't made with them in mind, Azealia tweeted "SOMETHINGS ARE NOT FOR YOU HONEY!!! GET OVER IT." She went on, saying "As soon as Beyoncé decides to embrace her blackness and love herself the whole white feminist world turned on her."

Tim Burton was in the VIP area at the sambodromo watching Rio's Carnaval parade.

- Said he liked the animated movie "Boy and the World" and would vote for it to win.

- It takes a while for him to answer when asked about the criticism to the Academy about the lack of black people nominated this year. He shakes his head in disgust and says "It's not an award that includes everyone. This whole thing... is not a big deal". And then says, "I hate the award".

source (in Portuguese, translated by me. Sorry)

-Alex Garland is adapting Jeff VanderMeer's 2014 novel Annihilation (part of the author's Southern Reach Trilogy), which will also co-star Gina Rodriguez, Tessa Thompson and Natalie Portman.
-The story follows a team of four (a biologist, an anthropologist, a psychologist, and a surveyor), all women, who set out into an area known as Area X. The area is abandoned and cut off from the rest of civilization.
-No deal is set in place yet for her, but she has the offer and appears eager to join the all-female cast after working with the all-male cast on "The Hateful Eight."

I think I can stomach watching Natalie Portman in this for the rest of these ladies.

-Only 3 episodes long, each episode will come out each month from February to April
-Orange is the New Black's Samira Wiley will voice Michonne, takes place during the comic book series
-Season 3 of The Walking Dead Game is currently in development and news won't be released until episode 3 of Michonne comes out. Telltale says "this will be a big year for The Walking Dead"

SOURCE 1 2 3 4 5
What games are you playing? Also please take sometime to check out Unravel's twitter page, trust me it's worth it.

Did you file your tax return ONDT?
src

Blac Chyna was pictured wearing a diamond ring on that finger even though Rob and she have only been dating *publicly* for a month.
( Collapse )
Source/Source

ONTD, do you think that Khloe increased that allowance and this engagement is for real or is this a ploy for publicity?

-"I’ve always thought about The Matrix when we’ve approached this. This idea of DNA memory elevates it from a basic fantasy genre, because you have something an audience can actually believe in. Then the journey becomes so much more elevated, because you’re on board in a different way."

The main topic of this season has been Yolanda Fosters health and things have gotten heated on twitter following last nights episode of Yolanda confronting Vanderpump/Kyle on rumors.

Anna Kendrick plays a hyperactive obsessive named Martha, who goes off the rails after she witnesses her boyfriend cheating. As shown in the exclusive trailer for Mr. Right (above), Martha links up with Francis (Sam Rockwell) post-breakup and is heartened to learn he’s equally weird — or so it would seem. While character quirks are one thing, murder is another, as Martha discovers her “sexy Rain Man” is actually a professional hit man.

But Francis isn’t your run-of-the-mill assassin. As explained by the FBI agent (Tim Roth) tracking Francis, the killer has a warped moral code whereby he takes out the people ordering the hits. As the bodies keep piling up, Martha has to navigate her budding feelings for Francis as well as the federal manhunt for him.

.@idriselba is in talks to star in the romance drama 'The Mountain Between Us' https://t.co/dzI8ktqpQI pic.twitter.com/9aOjIo03u9

- Idris Elba in talks to star in The Mountain Between Us, which will be directed by Hany Abu-Assad
- Charlie Hunnam and Rosamund Pike were previously attached to star
- plot is based on Charlie Martin's novel about a surgeon and woman who fall in love after their plane crashes
- Idris in a Romantic Drama love it 😍

Source
At least it's not Alkaline.

Next week is a double ep! Hurrah!

The birth certificate of Freddie Tomlinson has been leaked by InTouch Weekly. The document reveals that the baby was born on Jan. 21 at 6:23 p.m. in a Thousand Oaks hospital. It listed Louis Tomlinson as the father of the child.
( Collapse )

After the video went viral, Lahren claims Beyonce fans (as well as members of Black Lives Matter) took to social media to "degrade" Lahren. In a second video she suggests that haters education themselves by offering a link to her facebook page. She'll be praying for them.

Truth is, some of you aren't interested in a real conversation about race - you'd rather go on the attack for anyone that dares question your aggressive, divisive and damaging agenda.

Just in case anyone is interested, the documentary "The Black Panthers: Vanguard of the Revolution" premieres on PBS on February 16 - 9pm EST/8pm CST (Trailer) (PBS)

Brought to you by:

It's a new era! I'm gonna be more active. Start exercising and nothing can stop me!!!! Zzzzzzzzzzzzzzzzzzzz https://t.co/eFRbnfYIMi

@TreasureU2 @BrunoMars Love everything he does, he was AWESOME. Looking forward to the album, hopefully by June.

Mile Mullaney is a music insider who released a lot of information about Unorthodox Jukebox last time around.

"Chad: An American Boy"
-Stars Nasim Pedrad as the 14 year old Chad
-From co-writers Nasim Pedrad and Robrosell
-Greenlit by Fox
-About an American-Iranian family where the young Chad has to step up and be the man of the house.
-Nasim says: I’m thrilled to be able to portray a Middle Eastern family not working for or against Jack Bauer on network TV. Also, a big thank you to Fox for understanding that my true essence is that of an awkward and misguided 14-year-old boy.”

Kate Winslet won’t boycott the #Oscars because her heart will go on for Leo: https://t.co/9P7JNoeyqv pic.twitter.com/TQaRhW7gkE

"To be honest with you, it has been such an extraordinary year for women, I'd feel like I was letting my side down if I didn't go. And also I feel very strongly that it may possibly be Leo's year. And he is my closest friend in the world and I just couldn't imagine not being there to support him."