Animals premiered at Sundance last year and HBO bought it after seeing the first two episodes there.

Did anyone catch this tonight? I happened to see ads on the bus recently and thought I'd give it a shot. I could see this being fun in the future. There's a lot of talking so if that's not your thing, you've been warned.

Reportedly purchased as a family~ house which features a child's bedroom with Cars wallpaper and a Spider-Man bathroom.

It's a 1,385-square-foot house has four bedrooms and three and a half baths.

Superior Bae's bicep became a conversation topic when Luke posted an IG photo, however Chris claims his bicep is a work of photoshop and lighting.

src
Is it real or photoshop ?

-She is in town in preparation for her big performance at the GRAMMYs.

-Adele and Simon left Nobu in a Porsche Cayenne after having dinner.

-After being spotted by the paps, Adele covered her mouth with her shawl.

The Caroline/baby storyline is awful still. I really don't like this new version of Cami at all, I wish she'd just stayed dead. They need to either kill her off now or just leave her alone and get out of her life. They also need to keep Elijah far away from Hayley.

- favorite, most memorable SB NA performance was Whitney's, which she sang along to as a child.
- says best way to live up to the expectation is to forget about herself & focus on what the song means.
- the lyrics are powerful to her & she plans on singing it very true to the way it was written.
- not rooting for any particular team.

The special featured her 2013 performance with new BTS footage and commentary from Beyonce.

Kelly Clarkson responded to a Kesha fan who tweeted that Dr. Luke had made her cry while they were working together on her album Breakaway. In the now-deleted tweet, the Kesha fan wrote "Working with Dr. Luke brought @kelly_clarkson to tears. She isn't forced to work with him like Kesha. Set Kesha Free." The fan's tweet received over 200 retweets, and Kelly responded to them to set the record straight. Kelly tweeted, "I don't know where this info came from but yeah this never happened ha! Why people just make shit up is amazing 2 me."

Benjamin Millepied, known to the ballet world as a dancer and choreographer and known to everyone else as Natalie Portman's husband, has left his job as head of the Paris Opera Ballet after only 15 months. He claims that he is leaving for personal reasons.

Ballet gossip doesn't get much mainstream press, but believe me, upper-crusty, artistic ballet people gossip just as much as peasants like us do. I'm not a dancer, but I love to follow ballet, so here is some of the scuttlebutt about his departure:

--Was a surprising choice, but he wanted to make some positive changes like bringing in more dancers of color. (All of the POB is currently white.)

--Wanted to make the company more contemporary. POB is one of the world's greatest Classical companies, and many insiders saw this as an affront to its history.

--He publicly insulted the dancers saying their quality wasn't good enough for him. He dissed the pieces performed by the company.

--Tried to make the dancers hustle for more money. He wanted dancers to find rich patrons and corporate sponsors to raise money. The dancers feel they are there to dance, not pimp themselves out. A lot of people considered this a very tacky, sleazy move.

--Has a reputation for moving up in the ballet world by being charming and suave.

--Posed for lots of magazine photoshoots, wanted to be a ballet celebrity.

SLAAAAAAAAY THOSE VOCALS, BRENDON!!!! ONTD, what are your favorite songs off Death of a Bachelor? If you haven't listened, it's available on Spotify and iTunes, so get the fuck on it!!!!

1. Dylan and Cole Sprouse did not play the other evil twins from Full House.

( Collapse )
See the rest of the list at the source.

Who are your celeb dopplegangers, ontd?

"02.07.16 - The Big Game Is Just the Beginning. Follow @CocaCola to watch the story unfold..." pic.twitter.com/GfELusaq5F

- Marvel and Coke are teaming up for a mysterious 60-second spot during the Superbowl. Speculation is that it's a Coke ad that will feature Marvel characters. "It seems as if this may be more of a partnership between the two brands, where some Marvel characters show up to promote their favorite soda. There may be some footage from existing Marvel movies, but don’t expect this spot to be the full trailer from the film."
- Separately, a new trailer for Civil War is rumored to air very early on in the Superbowl."We have confirmed there will be a new Captain America: Civil War trailer during the Super Bowl, perhaps more specifically before the Super Bowl. Make sure you’ve got your butt in front of the TV right before kickoff to get your first look at the new footage."
- Marvel and RDJ also posted Civil War related material to celebrate Friend's Day. The Marvel video spoofs videos created by Facebook on that day.

Supermodel Eunice Olumide is reported to have a small role in the up-coming Rogue One. Her character is a nomadic Rebel leader. Her character is likely to be used in merchandising. The character is involved in a major fight scene between the Rebels and the Stormtroopers.

Read more of what she has to say about the experience at the source!!!
@god let her appear without any cgi or prosthetics

What did you think of episode 4 ONTD? Did you watch ?

EXCLUSIVE: Ya'll wondering how Beyoncé is going to perform that on that Super Bowl stage? HA! She's not! #FormationOnTheField Get ready!

yezi released a diss song aimed at truedy which featured other truedy antis gilme, ahn soo min, and kittib
they were all on the reality rap survival show "unpretty rapstar" where they all eventually lost to truedy who is basically the korean rachel dolezal and horrible
this is a pic of TRUEDY btw

oh and THIS is what truedy looked like before she was transracial
basically the show was rigged and not only is truedy a culturally appropriating mess she SUCKS at rapping too.
so this is them laughin @ truedy and being successful while doing so

ONTD, do you STAN for rap queen Yezi? is she better than CL and hyuna?

Deliver us from FRAUDY, queens!

Entertainer of the Year: Michael B. Jordan (boooo!)

I asked dad to help me with this for if I won & still wanted to say: THANK U AFRICAN AMERICAN FAM ❤️#FreshOffTheBoat pic.twitter.com/EgOKhk9n7M

rest of the winners at the source source

My asshole clenched so bad when they broke it. Also, didn't this almost happen to Ross?

what are your favorite moments from the season?

German TV drama Deutschland 83 starring Jonas Nay as a 24-year-old from East Germany who in 1983 is sent to the West as an undercover spy has become the highest-rated foreign-language drama in U.K. history, Channel 4 said.

The first episode of the spy drama, which airs on SundanceTV in the U.S., drew in 2.5 million, exceeding record set by 'The Returned.'

The French drama The Returned on Channel 4 in 2013 previously held the record in Britain for a foreign-language drama with 2.2 million.

it's on hulu more people should watch it!

Here’s the description of the book:

The war on terror exploded, literally, the day Sarajevo was destroyed by a homemade nuclear device. The leading democracies transformed into total surveillance states, and the developing world has drowned under a wave of genocides. The mysterious American John Paul seems to be behind the collapse of the world system, and it’s up to intelligence agent Clavis Shepherd to track John Paul across the wreckage of civilizations, and to find the true heart of darkness—a genocidal organ.

YAS!
What manga or novel you want to see adapted, ONTD?
Berserk <3

Rachel is one of the presenters for tonight’s 68th Annual DGA Awards in Los Angeles. “Spotlight” director Tom McCarthy is nominated for Outstanding Directorial Achievement in Feature Film. She is wearing Michael Kors

Don't know who he is? He was that Maths professor/lecturer or whatever that was super hot and when his students googled his name, found out he was also a model, check out the stoy here

He also has an official website where you can see his model and academic bios, link is here

An 8 year old audio tape has been dug up where Ray J talked about intimate details of his relationship with then girlfriend Kim Kardashian. Needless to say, Ray J didn't paint a very flattering picture of Kim as he told a friend that Kim's vagina smelled.


Ray J responded to the audio clip going viral with this tweet:


I'm trying to be positive n 2016 and Wow people digging up old ass Audio from 8 years ago-- #devilATwork I'm not even on that! #2016Respect 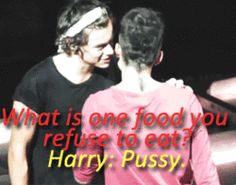 No, this is not about American Politics. This is waaaay more important:

This is a safe space so y'all can discuss fight who's better and drop all that insider knowledge you have on how Zatan has arrived and details of Harry's Hollywood Overlord status, but most importantly entertain the rest of us so we don't have to go sifting through 674 posts about 1D to find the good stuff.

Mods, give Harry his own tag! He's keeping this comm alive!

On how she handles negative criticism:
"Sometimes I'll get annoyed if someone's like, 'Goop is so expensive.' I'm like, 'Have you looked at the website? Have you seen the range of price points? 'Cause we sell things that are $8.' I'm like, 'If you want to f--k with me, bring your A-game. At least have all your information.' Once in a while, if I'm exhausted and overwhelmed, I'll be like, 'Ugh, that bugs me,' or, 'That hurt my feelings.' But very rarely. I don't lose sleep over it. It's my business to live my life and learn my lessons. I don't care what anybody else thinks."

27% of people say "show compatibility" on Netflix is important for a relationship https://t.co/CnqwEqIVi4

Check out more about the study at the Source

Have you shared your account with your SO?
Do you judge your potential romantic partners based on their queued series/films?

In an recent interview, Sex and the City producer Darren Star said that the show's finale, with Carrie and Mr. Big ending up together, betrayed what the show was all about. Star said that the show had a misstep when it went the cliche route, with Carrie reconciling with Mr. Big, and ultimately finding happiness by marrying a man. Sarah Jessica Parker has responded to Star's comments and said that Carrie didn't diminish herself by letting a man marry her as it was what Carrie wanted, and not because she had to settle or was feeling that life was slipping away. SJP added that she finds Star's comments interesting.

Would you have wanted for the series to have ended any other way, ONTD?