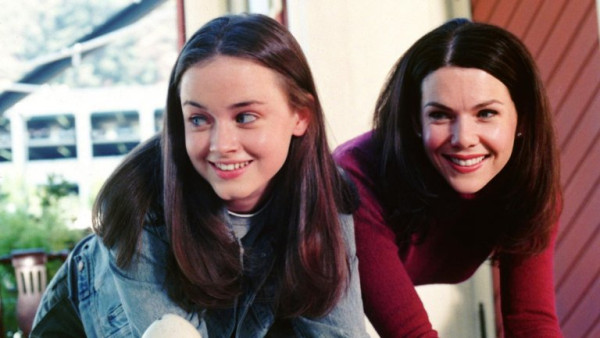 Source
This one goes out to all y'all bandwagon haters, I don't stan her but the album is actually solid.

Vince Staples - Lift Me Up

During an interview for their new movie HOW TO BE SINGLE, Dakota Johnson and Leslie Mann hit on Chris Van Vliet from WSVN in Miami.

are you Google? 'cause you're exactly what i've been searching for.

Do you want kids ONTD?

You can hear her say "you in?" as other housemates leave the room in disgust.

-Gemma goes to Danielle and says those are "fucking noises", as the two leave the room
-She could be heard moaning after Jeremy took his shirt off and eventually asked: "Do you think I was loud?"
-Steph says "What if they show me doing that on TV?" -too late pendeja
-Says she's falling in "mad love" with Jeremy

This is the ad:

Would you ever want to go skydiving? I myself am probably too chickenshit.

Also, I'm always impressed by people who can film stuff during these sorts of things and have it look good.


The movie is called Southside With You and takes place entirely on their first date where they went to the Art Institute of Chicago, went to go see Do The Right Thing and had their first kiss at an ice cream parlor.

What was the best date you've ever been on? If you haven't had it yet where would you go/what would you do?

Russell Wilson Googled Binged "How to describe a beautiful woman" to find text for a tweet he made about Ciara for #WCW.

PM #WCW I kissed her & she had honey sweet lips that were lilac soft w/ a loving & affectionate personality @Ciara pic.twitter.com/qwxXkfWnCK

He had a sense of humor about being caught though:

Hahaha actually I prefer @Bing to describe my love... #StillCantFindEnoughWords

And yet he's still better than Future.

CAPTAIN AMERICA: CIVIL WAR Is Testing Through The Roof https://t.co/PVZRHhfgPg

Eleanor tells Woodes Rogers why she's willing to do what she's doing in this clip from Episode 302 of Black Sails.

BBC3 are doing a documentary series called 'One Click Away' which focuses on the different types of online culture. The upcoming episode on Monday 1st Febuary at 9pm called 'Rise of the Superstar Vloggers' is going to be focusing on Youtubers.

On Tuesday 2nd Feb they are going to have an episode called 'Super Gamers' which I think is going to be about stuff such as LoL and Twitch. Two episodes have already aired one being 'Murder Games' and the other is 'Troll Hunters'.

Also ordered (synopsis in my own words):
- Frequency: another TV show remake of the movie Frequency
- No Tomorrow: another "opposites attract/apocolypse" comedy"
- Transylvania: think Penny Dreadful but on the CW
- Untitled Mars Project: More people go to the big M and weirdness ensues
- Untitled Paranormal Project: could be like 6th Sense but on CW more likely The Happening

The #HBIC does NOT mince her words… #CBB pic.twitter.com/MQGqAF8dAe

-Tiffany wanted Stephanie to go, felt she was eating her cake and saving it to.
-Liked Jeremy and his kisses, was hoping for more
-Is happy that the British public like her and notices her fellow housemates acting differently towards her

Here's an exclusive look behind the scenes of @FantasticBeasts... https://t.co/wWRvMcyiXZ


The schools names are:
( Collapse )

Read more info about each school at Pottermore
Snape's Twitter

Miguel had a party at the Wildheart hotel and he and Rihanna sang a duet. Didn't see this posted yet so....


What is you go-to karaoke song ONTD? (Mine are Turn Your Lights Down Low and Fancy)

Jon Snow and Ygritte have been spotted being affectionate with each other during a shopping trip in LA. Their reps made no comment but it seems they're back together.

Zayn recently said they were "good friends, yeah" on an interview, but then the music video came out.
They were first spotted together after the AMAs in Nov. 2015 right after Gigi broke it off with Joe Jonas.

Earlier this month, they were spotted apartment hunting in NYC.

What Harold thinks bc you care

Zayn Malik: Why He Doesn’t Care That Harry Styles Doesn’t Like ‘Pillowtalk’ https://t.co/o3GNq3bo0y

“Whether they like it or not, they are not his fan-base. He can’t spend time focusing on their thoughts,” a source says BANNED SOURCE EXCLUSIVELY. “He is happy how things are working out and he clearly is excited for the future and all that it has to bring.” (ok)

Other things Zayn has been doing: