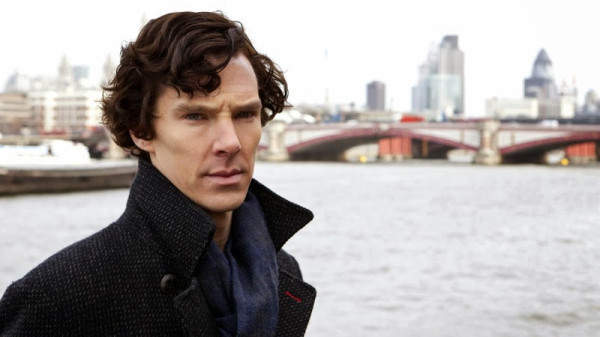 Nick Timothy who is a former aide to Home Secretary Theresa May slammed some celebs like Benedict, Charlotte Church, George Clooney, Katie Hopkins, Stephen Fry etc for being "vain and ignorant liberal luvvies".

Benedict had earlier criticized British politicians for inadequately responding to the Syrian refugee crisis, even proclaiming "fuck the politicians" after a performance on stage. Timothy denounced Cumberbatch, adding: "What on Earth does Cumberbatch think qualifies him to opine so forcefully on every political matter of the day, from spending cuts to counter-terrorism policy?" Timothy also said that Cumberbatch's opposition to spending cuts and support for "treacherous" Edward Snowden was misguided.

Other celebs attacked by Timothy include Stephen Fry (for being against UK bombing Syria), Chris Martin (for opinions against corporates), George Clooney (for wanting Britain to return Greek artifacts).

Timothy's wish for 2016 is for "pompous, hypocritical, self-obsessed political celebrities" to take a vow of silence.

ONTD, have you ever had your art disrespected by someone leaking it online?

Happy 2016 to my beautiful Instafriends!
So, posting a bikini pic is a little out of character for me, but just now while I was at the beach I noticed I was being photographed. I figure if this kind of photo is going to be out in the world it should at least be an image that makes me happy (and be one that was taken with my consent. And with a filter :)
Wishing you love, light and blessings for the year ahead! 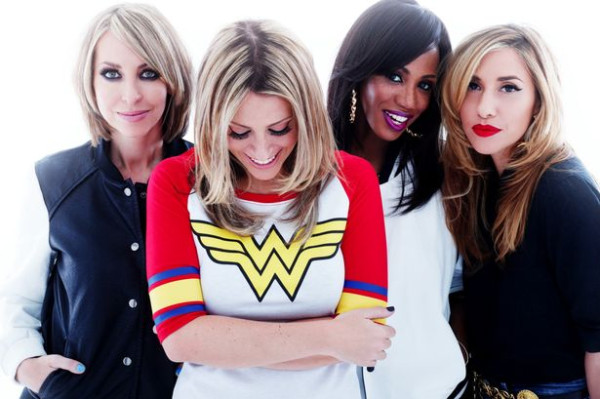 OMG! All Saints are recording a NEW ALBUM for 2016 https://t.co/ixeWahy62Z pic.twitter.com/QhbUWXhy0c

- it’s been confirmed. the world's greatest girl band are recording a new album for 2016
- on jan. 1, all saints tweeted a photo of themselves including the hashtag #AllSaints2016
- all saints' last album was studio 1 released in 2006

Selena Gomez on the making of 'Revival,' getting serenaded by Justin Bieber and more https://t.co/OukAYVCywa pic.twitter.com/tmqTL2OEOO

ONTD, is this the end of #Jelena for good?

It seems that the general public has made a resolution this New Year to be more positive and forward-thinking: Rachel Platten's uplifting second single "Stand By You" is currently #5 on the iTunes Top 200 songs sales chart, while Adele's depressing second single "When We Were Young" stalls at #23. Platten, who just released her major label debut album "Wildfire" on New Years Day, followed up her encouraging smash hit single "Fight Song" with another song that also has a positive message.

Generally during the New Year, people want to hear words of encouragement and support while they positively look ahead: they do not want to be reminded of all the fun they used to have, but can't have anymore now that they're old and decrepit. An example of this can be seen by Rachel Platten's "Fight Song" being one spot ahead of Adele's "When We Were Young" at #22.

Edit: Will not actually give you beauty tips

.@RitaOra shows off her incredible bikini bod in a polka-dot bikini: https://t.co/857QAJjD1V

Taking a page out of "Vacationing Instead of Working on Your Album" by former Pop singer, Rihanna, Pop sensation Rita Ora continues to ring in 2016 in Miami, FL. The "I Will Never Let You Down" songstress is currently in a legal battle with her label - Roc Nation. Check out some pictures she shared on her Instagram behind the cut!

- Craig Strickland and his buddy went into a winter storm to go hunting in Oklahoma
- The friend, Chase Moreland, was found dead last Monday
- The dog they took with them was found alive

#Adele25 has now sold 7.44 million copies through the end of the year https://t.co/QvV3zayqna pic.twitter.com/IjguXVgCFx

SOURCE
Only one more month to go!

SOURCE
It is incredibly short but I'll take it!

Miley and Liam Hemsworth arriving at Restaurant in Australia. 💑 pic.twitter.com/UbaohzTxXJ

Presented without commentary, Justin Bieber has a new hairstyle.


"Hailey made me get corn rows like an absolute douche bag, these will be off tomorrow trust me Danny" 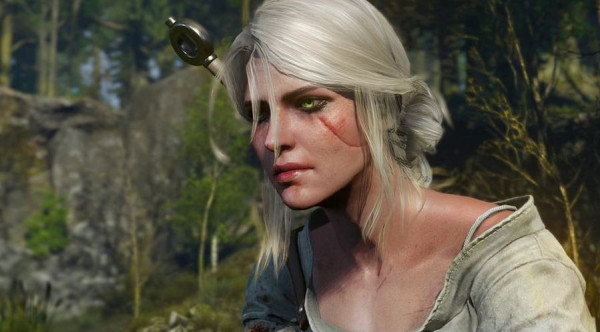 Well shit, here we go again. Internet sleuths~ have figured out that Bristol Palin's third fourth second kid, who was allegedly born on December 23rd, was actually born November 4th, and is the result of a one-night stand the Palins are covering up, for some reason.

In a nutshell, people are theorizing Bristol Palin got knocked up in Vegas last year around the time she was complaining about "the night that ruined her life..." all before her Medal of Honor winning fiance suddenly appeared to propose to her and fix all her problems...and just as quickly, was gone. Hmmmmm.

More theories are in this blog post if anyone wants.

The source I summarized is Addicting Info, mods.

Regardless, the Palins are garbage and I feel sorry for that bb girl. Mods, I fixed the one hotlinked image!

TL;DR: someone at Netflix thought it would be a good idea to alter the aspect ratio of Mommy. Dolan is obviously unhappy about this.

Moviegoers were surveyed by Fandango.

There were rumours of a possible reboot of the series happening, however director Steven Spielberg admitted that he knows time is ticking for a fifth film, with his age and Harrison's but it was never Steven's intention "to ever have another actor step into [Ford’s] shoes."

"There is only going to be one actor playing Indiana Jones and that’s Harrison Ford."

Harrison is also up for putting on the fedora again as he mentioned to a banned source in 2015 that he'd love to do another Indiana Jones.

"A character that has a history and a potential, kind of a rollicking good movie ride for the audience, Steven Spielberg as a director – what’s not to like?"

damn, I wasn't expecting this after the fourth flop.

-Her and her second husband, Adi Ezra, are expecting
-First child for both of them

Will this loaf of white bread find true love?

I will be watching this season under protest, since I wasn't chosen as a contestant.

When dealing with visitation issues on social media goes wrong + simultaneously promoting your next project?

This bitch got control problems...

- The 32-year-old Irish actor starred in Ex Machina, Brooklyn, Star Wars: The Force Awakens, and The Revenant in 2015.

- Talks about scripts, taking risks, casting: “I’m very lucky to have been part of some extraordinary films.”
“If I could have a quarter of the career of my dad, then I would be hugely happy” he says.
- He talks about the character he plays in The Revenant and how the filming of it was a real test of endurance and belief but the group of actors looked out for each other.

2016 was to mark the return of Hollywood's iconic monsters, but with the cancellation of the latest Halloween installment it seems the hopes of horror fans have been... SLASHED!

Since the announcement of the now-cancelled Halloween Returns, fans have been posting their excitement via social media. However, last week, news began circulating that Dimension Films of Miramax/Weinstein Co. lost the rights to the Halloween franchise. The studio owned the franchise for over 20 years, developing 5 films, including a remake.

Since the badly received Halloween II (2009), the Weinsteins have been toying with fans of the Halloween series by greenlighting several films, but ultimately fulfilling the production.

The latest scrapped entry was to be helmed by Patrick Melton & Marcus Dunstan and titled Halloween Returns (or Halloween: Returns). The film was planned to be a stand-alone film and a direct sequel after Halloween II (1981) ignoring all events after the original sequel, including the ghastly Rob Zombie films.

The studio and producer Malek Akkad are shopping the rights to the franchise to other studios, which presents the possibility of crossover films, like Freddy vs Jason.

Fangoria Magazine reports that there are delays with the other horror films, including the sequel to Friday the 13th and the reboot of A Nightmare on Elm Street. The Texas Chainsaw Massacre prequel, Leatherface, is still set to be released in 2016.

A teaser for Rings, the sequel to The Ring, is currently being made and the film to be released April 1 2016. No word on a sequel to Hellraiser or Scream, both series that are under the Weinstein/Dimension roof.

Read article regarding the Halloween films at the SOURCE: FANGORIA 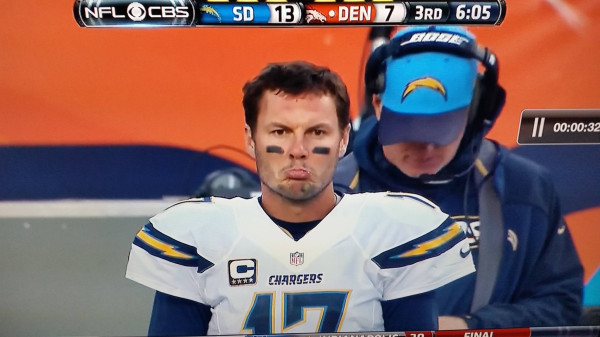 The Broncos had an epic comeback in more ways than one. Just two weeks ago, haters questioned whether they'd even be able to make it to the playoffs. However, due to the Miami Dolphins, New York Jets, and the triumpant return of Peyton Manning, they claimed their spot at the top of the AFC pack. Peyton entered the game after halftime during an intense match against the Chargers, where San Diego quarterback Philip Rivers slammed his fists in anger multiple times. Manning was greeted with thunderous applause. Ultimately changing the course of the game and re-invigorating his team, Number 18 silenced his critics and wowed fans (while creating a bit of quarterback controversy over which QB will start in the playoffs).

Source One: My eyes @ the game


ONTD, who do you think will win Super Bowl 50?

A new video of showing news bloopers up! YAY!


ONTD, have you been pubically victimized by someone twerking?

Tinashe talked to her fans a bit through twitter and answered some questions about a new rejected song being leaked and her new album, "Joyride".

@NaceEcstasy no release date yet. I honestly don't know.

Also, listen to this new official remix of "Player" by Jai Wolf:

ONTD, do you hate your fave's management/label?

According to US WEEKLY, Leonardo DiCaprio and his model girlfriend Kelly Rohrbach have split up.

“They’ve been broken up for over a month. It was mutual. They both have intense work schedules and a lot going on in their lives right now. They both needed to take a break because of that. They are still friends and talking but it’s over,” a source told the mag
source

"I see you jigglin. That booty jigglin."

Headliners are LCD Soundsystem, Guns N' Roses, and Calvin Harris. (Hopefully this means Taylor appears in a headdress that day).

Is this the year you will finally go? Or the year that you'll finally stop?

These are lower numbers than the Season 1 premiere and finale.

Kylie Minogue who's dating star Joshua Sasse in real life guest stars as the Queen of a gay bar.

eek, I was going to watch but realized I hardly remember anything from season 1 except that Lee Jordan & the Hooligan from Eurotrip were in it, oops

Yessssss. I couldn't watch the show live last 2 seasons, but I will this time so I look forward to participating in the discussion posts for once.