To say hello to 2016, I'm gonna say GOODBYE TO 2015 with my Top 5 Favorite Memories of 2015 (that I can think of)... #4 Getting to play #Psylocke in #xmenapocalypse. She's a telekinetic telepath who chooses to kill with a sword because she wants to do it up close and intimate and killing from afar just seems too easy and no fun. 💜

1. The Big Bang Theory is being sued over the song 'Soft Kitty' which Penny sings to Sheldon throughout the show.

2. Apparently it was written by someone in the 30s and is the exact same except 'warm' and 'soft' are swapped on the show.

3. The daughter of the songwriter only realised upon researching her mother for an article.

Following comments made on Thursday, referring to The Mouse House as "WHITE SLAVERS", George Lucas has since apologised.

The comment was made when discussing the Star Wars franchise, which was sold to Disney for $4 billion in cold hard cash, money the likes of which all of ONTD accumulatively will never see.

Referring to the films as his "kids", George said that he "sold them to the white slavers that take these things", but didn't finish that ~*interesting*~ thought, laughing when the interviewer moved on to the next question.
He also had some critical stuff to say about the route Disney decided to go with recent ONTD obsession, The Force Awakens, saying that "they wanted to do a retro movie. I don't like that. Every movie, I worked very hard to make them different" ('different' being how people now refer to sets made of nothing but green cloth bought in bulk).

ONTD, have you ever called someone something messy that in hindsight you probably shouldn't have said?

- Taylor Swift spent her New Year’s Eve watching Calvin Harris DJ at the OMNIA Nightclub in Las Vegas.
- Austin Swift, Taylor's brother, also shared an Instagram photo of Calvin DJing from the event.
- During the show, Taylor was seen hanging out with Ruby Rose from Orange is the New Black.
- Couple recently spent their first Christmas together building a snowman in Colorado.
- Comes on the heels of Taylor premiering the music video for Out of the Woods, a song allegedly about her 2013 NYE kissing partner Harry Styles

SOURCE
I guess this means that she was not busy liking tumblr posts to welcome 2016, ONTD.

Rachel Platten recently spoke to Glamour about her upcoming tour in support of her album "Wildfire."

When Rachel was living in New York City, she found her first band through listings site Craigslist.

Rachel says that doing charity work helped her deal with feeling depressed while she was chasing her dream of becoming a successful musician.

She recommends that more people do charity work because even connecting with a few individuals through charity work is a big thing.

Thanks @glamourmag for sharing in my excitement of the release of #Wildfire and my first headlining tour! 🔥💃🏼🚌 https://t.co/dvws2vi2sn

What helps you deal with depression?


what are you excited for this year, ONTD? are you ready to accept Aidan back into your hearts in Poldark? 2016 TV/movie discussion post?

The wait is OVER! Watch the series premiere of #Billions NOW on Facebook: https://t.co/2z0TdyIwEF pic.twitter.com/V3oIle4r6r

Loved it. And Queen Maggie is getting some of the best reviews.


a lot more info @ the source

For those of you who don't know him, you may recognize one of the most iconic house songs ever produced by him...

BNF,site owner of Westeros.org, and translator of GRRM: Linda Antonnson has completely lost her shit on Twitter after GRRM made a statement on his blog yesterday that The Winds of Winter will NOT be released before season 6 of Game of Thrones. HERE

At one point, she told a fan to kill himself/herself.

Since its clear they can't write their own storylines if their lives so depended on it, it would have benefited them to give it more time.

More rage ranting at the SOURCE of course

-It also broke a new record for New Year's Day with $34.5 million, Avatar was the previous record holder with $25.3 million (Oop)
-For New Year's weekend it's set to gross $90 million-plus (the best showing in history for the holiday weekend)
-It will only take Star Wars 20 days to reach the number 1 spot if it happens on Wednesday. Avatar spent 238 days in theaters and then was re-released for another 84 days.

shaking an crying it's almost hereeeeeeeeeee

Out Of The Closet!

- Recently started telling her friends that she is in fact a lesbian
- Cara Delevinge is helping her, as she is bisexual
- Encouraging her that the gay stigma is gone
- Doesn't want to tell momma Kris so it's not a storyline on the show
source


Apparently she has been spotted at a festival with Liam and his family.

Rumor is that Miley is in Australia with Liam at his brother's party in Byron Bay pic.twitter.com/vEHMbCkeJY


She was also spotted at Chris' Wild West Themed NYE Party dressed as a cowboy.

What do you want to see happen in 6B, ontd?

Emma Watson is voicing her support for the next actress set to play Hermione Granger.

source
did you watch?? did you find it enjoyable? lmao

-Woman claims he punched her after she took a picture of him.

Matt Damon is still apologizing for his controversial comments about diversity in film https://t.co/jNe85HvSfF pic.twitter.com/o81nc2d8db

-"Ben [Affleck] and I had taken a lot of stick for this 10 years ago, that our committee of mostly white men had selected three white men, in succession, as winners.”
-This time, the producers actively pursued a more diverse cross-section of applicants, partnering with Facebook and actively recruiting at film schools.
-Despite their efforts, when the judges — including Damon, Affleck and Brown — faced the final cut of candidates, 17 of the 20 choices were white men.
-"By the time we arrived to do our judging, we knew we had blown it," said 'The Martian' star of selecting diverse filmmakers.
-Damon also cited the realities of the series itself as part of the challenge: "The dark secret of Project Greenlight is that the TV show is bigger than the movie. It costs more than the movie." The result, he said, is that the show's needs often take precedence over the film's.

The engaged duo spent the most wonderful time of the year together in London, despite them both having to juggle their hectic careers.

Despite reports to the contrary earlier this year,a source confirmed to E! News back in September that the couple was "just fine" and putting their wedding plans on hold for the time being.
source

Skylar and Anna announced on both their Instagram accounts that they just got engaged. 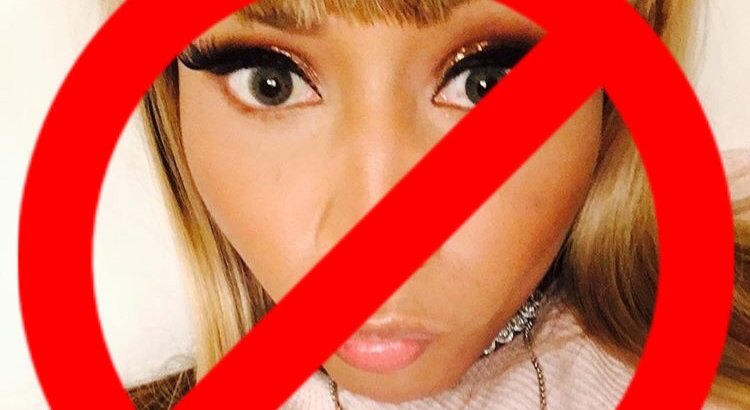 Nicki's problematic and annoying posts have pushed the boundaries too far now. From her tantrums about the VMAS to now, Of course I unfollowed Minaj a long time ago, but that isnt enough not only is she clogging my timeline because people seem to be so amused by her stupidity but also she's creating problems for herself and damaging her own career, don't get me wrong I am a supporter of Nicki and only want the best for her but maybe if she spent less time complaining on Instagram Twitter etc her album wouldn't have flopped so badly. Please sign this petition and get Nicki Minaj removed off all social media websites permanently. Thank you.


Go to the source to sign this important petition.

- He passed away on New Years Eve.
- Dal Richards was best known in native Vancouver where he was a radio show host and a big band leader. He was a member of the Order of Canada, Order of British Columbia, recipient of the Queen's Golden Jubilee Medal and was an inductee of the BC Entertainment Hall of Fame.
- Richards was born in 1918. As a child he got into music after being hit in the eye with a slingshot - his doctor recommended he learn an instrument to help cope with his depression after the event. The first instrument he learned was the clarinet.
- Had he not passed away this New Years Eve would have been his 80th consecutive NYE gig appearance.

idk if many ontders will know who Dal is, but he was a really great guy so i had to share. he also spent his summers performing with his band almost every day at the pne - i can't remember a single pne without him being there.

- Hulu acquired the rights for all 57 episodes.
- All episodes are available since Jan. 01.
- Adam Pally & Casey Wilson commented on the Ah-muhhh-zing news.
- No sign if this will mean a 4th season but Hulu renewed The Mindy Proshit, so who knows....

ONTD, how have you been dealing with the lack of Happy Endings?! i miss this show so much!!