"It's kind of one of those things that are ever changing so we do our best to know what's going and kind of what's current."
Popular ones Calculator%, Ky-Calc, or Best Secret Folder are disguised as a fully functioning calculator or utilities folder

Stairs explained, "We've all heard those stories of the stalker or child predator that have the accounts that say they're 14 or 15 kids and when they find them, they're 45 year old men or women on the other end."

JUST TALK ABOUT APP'S IF YOU WANT

#Adele25 shattered the record for the most albums sales in a week 📀💿📀 https://t.co/BE8CMtWw7c pic.twitter.com/gEbcSJffoa

-The album beat out Taylor $wift's 1989 to become the best selling album of 2015 in a week.
-Beat *NSYNC's record by almost a million
-Inches closer to beating Taylor's record for most album sales this decade. Will probably do it next week.
-Oh yeah it beat udata's record of 3,002,000.
-She'll easily do over 5M WW

Meet the Keswanis, stars of "The Keswanis: A Most Modern Family." Vaishali Keswani is an optometrist turned family "momager" and her husband Anil is a doctor turned hospital executive. The Keswani children are Nik, a Vine superstar going by the name BigNik, beauty pageant rookie Sarina, and transgender first-grader Devina. Vaishali says that her family is all about teaching and demonstrating acceptance, Anil adding that he believes that their show will help change the world.

Are you ready to kick the Kardashians to the curb and accept the Keswanis into your life?

Second Chance (aka "Frankenstein", "The Frankenstein Code", "Looking Glass") follows Jimmy Pritchard, who begins the series as a 75-year old former LA county sheriff whose career was destroyed after his corruption and dirty dealings came to light. A lifetime of hard living and familial neglect has left him isolated and estranged from his children in his old age, but when he’s murdered after stumbling on robbery at the home of one his children, he’s miraculously brought back to life thanks to the efforts of a pair of tech billionaires. Now himself younger and gifted with superhuman abilities, he must decide what to do with his second chance at life.

1) Stronger Than You- Estelle (Steven Universe)


Ok we all know it would be a crime if I didn't include this song on the list so let's start with this one first. Ever since Steven Universe casted Estelle as Garnet fans have been waiting for her to sing at least one song on the show. It wasn't until the first season finale that we got the song Stronger Than You and it was well worth the wait. The song came after Garnet's secret was revealed and it still continues to be a non-stop bop. When the episode was released the song became a viral hit, convincing many people to start watching the show.

Kylie recently sent a Snapchat vid of her playing with her adorable puppies, and while Italian Greyhounds are known for their slim frame, having their ribs literally popping out is not normal. Not even surprised she can't take care of anything other than a make up brush.

Someone please take those dogs away from her.

"And the Infernal Contract"

An old friend of Baird's is running for Mayor of a small New Hampshire town and finds himself embroiled in a scandal in the form of a missing intern and a literal contract with the Devil. Baird soon finds herself in a battle not only for her own soul, but also for the souls of all the Librarians.

Sarah Palin sent Adele a signed copy of her book Sweet Freedom after Adele said that she thanks Sarah Palin for her stateside success during a recent interview. If you recall, Sarah Palin and Adele both appeared on SNL back in 2008.

Adele says that Sarah Palin's appearance on SNL brought in a lot of viewers, introducing her to a conservative audience in the U.S. Sarah Palin was so touched by Adele's kind words that she wrote a very heartfelt message to Adele in the book she gave her.

Sources: Twitter + Facebook
Florrie, being of upmost loveliness, has done a vid w/ Elle UK to show off a couple of Christmas looks.

Here's a new photo of 6-month-old Princess Charlotte, taken by her mother, The Duchess of Cambridge, in early Nov. pic.twitter.com/sgfYOj6fAQ

Both One Direction and Little Mix are missing members this week! Zen is #outofthewoods making #realmusic and going out with Gigi Hadid, while Jesy wasn't able to go to Japan due to an ear infection. To deal with these losses, the groups have employed card board cut outs.


we all thought they were just being cute but Noo, harry kicked the zayn cutout https://t.co/vq8si3xR2S

In Mexico, a fan threw a cutout of Zayn's blonde phase onto the stage. Harry kicked it off and Louis applauded because #Larry is real.

Source 1, 2 and 3
The album came out on Wednesday but I didn't see this posted anywhere here. This continues our time traveling journey back to the early 2000s


- Great Britain hasn't won the Davis Cup in 79 years
- Great Britain won the tie 3-1
- Andy Murray played in all 3 rubbers won by GB this weekend, winning the doubles tie with brother Jamie
- David Goffin won the only Belgium point of the tie, coming back from 0-2 down to beat Kyle Edmund, who was playing in his first live Davis Cup rubber
- Andy Murray has not lost a rubber (doubles or singles) he played in this year during Davis Cup
- Andy Murray's win means all four members of tennis' so-called Big Four have been on teams that won the Davis Cup

Are you ready for [Spoiler (click to open)]basic bitches not losing any body parts in this mid-season finale, ONTD?

how have they not improved in 5 weeks, that "whistle" at 0:54 is more of a squel, the huge amount of oversinging. sistrens are going to get nodules if they continue this


It amazes me that a song I wrote when I needed hope made my dreams come true. #fightsong #VevoCertified THANK YOU!🙌🏼 pic.twitter.com/fC0YQU2zjg

this song really resonates with me, especially after this past weekend's events!


- Mockingjay Part 2 wins the Thanksgiving box-office with a 5-days total of $75.8 millions.
- Part 2 continues to trails behind Part 1 but is still doing huge business, with an expected worldwide tally of $440 million by the end of the week-end.
- the other big winner of the weekend is Creed, opening with better than expected $42.6 million 5-days box-office. [hopefully


- Joy got its first screening Saturday night for SAG members and select critics in New York and L.A.
- reviews are embargoed until December 14th, but early twitter buzz is mostly positive.
- the chatter on Jennifer's performance is universally laudatory, with many critics believing she will factor in the best actress Oscar race.
- the movie itself appears to be received slightly more cooly than Jennifer's performance.

7. Meghan Trainor - All About Dat Base


-Her doctor is the same one Kylie goes to

how do you feel about your lips ontd? would you get plastic surgery?

ngl, these colors are definitely ones i'm into but i don't wanna give Kylie my money lol. i'm sure there is/will be many dupes

Just an excuse for us to talk about 6A!

There have been a lot of boy and girl bands over the years, even mixed ones, so I thought it was time to make a list of some of the best pop songs that have been provided by them. Obviously, these songs were picked by me and some of you will disagree, so you can tell us which is your favorite song of each band, or from other bands that weren't included, on the comments.

NOTE: I only picked songs that were singles so I could add their music videos. There are bands that have way better songs that were never made into singles, so you can leave your thoughts below.

Kobe announced his retirement from basketball in the form of a poem on The Players' Tribune. He will retire at the end of the current season which is his 20th year in the NBA.

My heart can take the pounding
My mind can handle the grind
But my body knows it’s time to say goodbye.

As a Lakers fan, this made me cry even though we knew it was a matter of time. And I will cry like a baby during his last game. There's no way I'm missing his last home game.


NOTE~
I want y'all to know that i love this show.  Last week post was just a bad ~joke~ u guys have no chill. 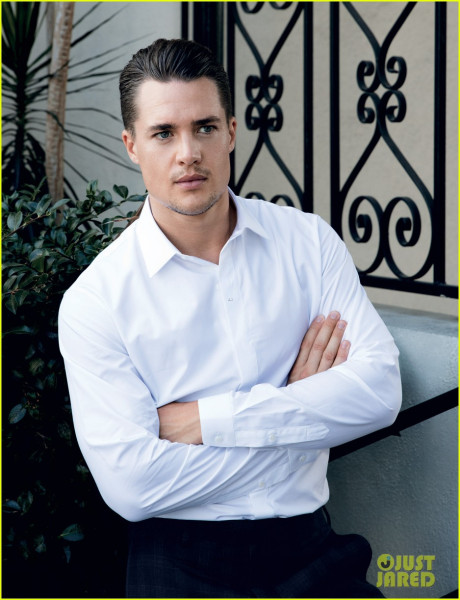 
What did you think of the season finale?

Emma was "interviewed by Oscar-nominated documentary maker @lucywalkerfilm. In the issue, the actress leads #PORTER’s first 100 Incredible Women list – a unique tribute to women around the world. The issue hits newsstands Friday, December 4."