[Spoiler (click to open)]Bertie and Algie working together! Also, Algie in glasses! BE STILL MY HEART! But oh man... when Bertie's mother died... IMMA CRY.

I love Detective Cornelia. In the promo that was her sitting at a vanity, right? Was that her husband behind her or her creepy-ass father-in-law? PRAYER CIRCLE FOR NEELY.

Omg though. I cannot stand Barrow and his stories.

The stuff with the conjoined twins was interesting though. I especially enjoyed Thack using Cleary as his muscle to liberate them.

Speaking of Cleary, I am so here for the Cleary and Harry Odd Couple roommate story line!

Thack/Abbey is breaking my heart and I love it. SO MUCH BETTER THAN THE THACK/LUCY NONSENSE OF LAST SEASON.

ik only 2 ppl watch this show but who cares I LOVE IT I LOVE JAMES SPADER MY WHITE FATHER even tho his ultimate downfall was........a bunch of weird hicks lmao
also harold cooper, charlene cooper, tom,and karakurt are like.....#squadgoals IMO 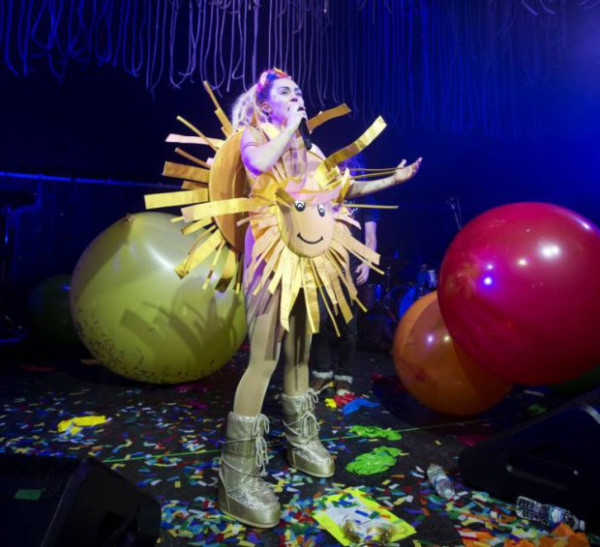 Miley Cyrus opened her Dead Petz tour in Chicago on Thursday. She sang 20 songs and had a lot of costume changes.


- Bieber dominates this week’s rundown following the release of his new album Purpose, including no less than three singles in the Top 5: Sorry (1), Love Yourself (3) and What Do You Mean? (5). No other male artist has achieved this in 34 years, since John Lennon in January 1981 with Imagine (1), Happy Xmas (War Is Over) (3) and (Just Like) Starting Over (5) following his tragic death
- And it doesn’t stop there for Bieber's takeover this week, with every track from the album charting inside the Top 100, eight of which cracked the Top 40 – the first time ever that a living act has achieved this many entries simultaneously in the Official Singles Chart Top 40. The closest was Elvis some 58 years ago in 1957 who managed a maximum of seven entries.
source

Killing it, what's up with that?

Krysten Ritter: "I never in a million years fancied myself playing a superhero" https://t.co/WloDWi2Q6C pic.twitter.com/v70OQU7wVC

ONTD, have you finished the first season? How do you feel about it? Let's talk about this flawless show! 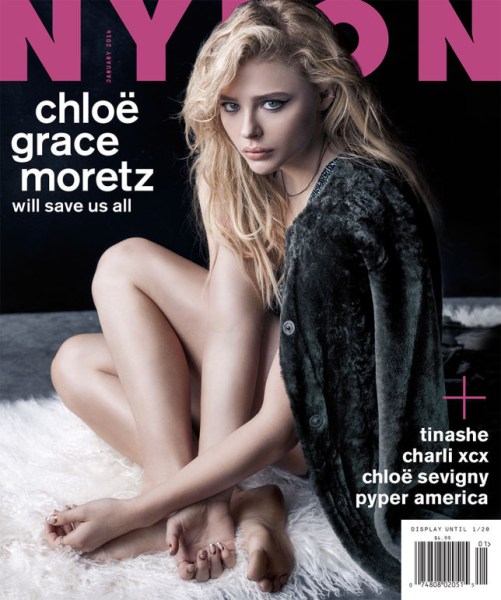 On Neighbors 2:
Says it's decidedly feminist. "If any of the women ever feel there’s something inappropriate, we speak up, and they will never push the boundaries with us—they’ve been really respectful."

On Feminism:
“My mom was a single mom, so I’ve been a feminist since birth. I think feminism is about strong women being who they want to be and fighting for equality on all accounts. It’s not about men being demolished to bring women higher up in the world. I think that’s incredibly misconstrued.”

On Her Brothers Coming Out and Social Justice:
"People would call them the F-word, and I would get so angry. It was really hard to see my brothers be hated on or bullied, so I stood up for them. We shouldn’t be using these terms to create more labels and segregate us further apart than we already are. At a young age, I was motivated to fight for gay rights, women’s rights, minority rights—all human rights.”

On the 2016 Election:
"I read up on all of the candidates and Hillary is the best—male or female,” says Moretz, who has gotten to spend some face time with the candidate.

On Body Image:
"I’ve had certain projects tell me I need to wear push-up bras because I’m an A-cup, or I’ve been told I don’t have a pronounced-enough jaw, that I have a moon face. When I was younger I really took it to heart. I’ve started to realize that if I change all of these things that are my quote-unquote imperfections, like my little birthmarks and weird discolorations, my slightly lazy eye, or the gap in my teeth, then who am I? Am I a carbon copy of everyone else? Those things are what make me me."

On Squads:
-Rolls her eyes at #squadgoals and will not be starting her own Young Hollywood squad
“I agree with having a good core group of friends, but the issue I have with squads is it creates exclusivity,” she says. “I was never included in those things when I was a kid. I was the weird one that chose to do movies, so now I go out of my way to be nice to people and make them feel included.”

You guys should read some of the reviews for this movie from TIFF. They're hysterical, the critics dragged this movie to the hell and back.

When Holmes and Watson investigate the murder of a fertility lab technician, they discover the woman had a secret personal life that leads them to multiple suspects. Also, the tables are turned on Watson when she's investigated by an NYPD detective.

Remember to untag every picture ever posted of you online.

Grazia: But you wore couture every day, right?
Naomi: Yep! Why shouldn’t I have done? Why should they expect me to go looking bedraggled or something?
Grazia: When did you decide to dress like that?
Naomi: I didn’t, it wasn’t planned at all. I decided on the day and I still gave them what they wanted, it didn’t stop me from doing what I had to do though.

Photos of all her looks available at soure.

- promotes Soul Train Awards
- Sway falls under ha spell
- doesn't have a nightmare industry story; record label was always supportive of her
- mixtape 'But You Can't Use My Phone' (due Nov. 27th) influenced by her surroundings: "My music sounds like a mirror."
- cranberry juice is a must for a sweet smelling box like hers
- have to know the password to get into the Badu Box™
- is a doula, helped birth 40 babies, stays in contact with the families/babies and they call her "Badoula"
- Seven (child w/ Andre 3000) just turned 18
- says when nudity is involved in art, people assume its for male consumption and the message gets lost

source
her voice is so soothing

You can watch the video at the source

She sold 900K on iTunes alone in 24 hours. Amazon reported 100K+ preorders, who knows what's happening on Google Play, plus physical copies, she most likely broke Britney's record on the first day

Deserve the woman of the year award. 99% of other trans people who open up to danger and high risks of homelessness aren't considered for-

Now THIS is how you capitalize on your brother's fame. Pls note this is not the sister that said the n-word in a vine that's lottie and she's a doomed mess imo.

The band posted a preview of a new interview on their Facebook page, where they talked about that night and what happened, the full interview will be out next week.

Eagles of Death Metal speak out for the first time since the Paris attacks next week on VICE https://t.co/uNZxYuyaVC https://t.co/lzDVycvrE3

Kenneth Branagh will direct and star in a "Murder on the Orient Express" remake https://t.co/uahSV3cAd8 pic.twitter.com/M2Rqw5wAmE

Christie’s novel, published in 1934, revolves around a murder onboard the famous train and Belgian detective Poirot solving the case – in which a number of passengers could potentially be the murderer.
source

"It was one of the more shameful moments in congressional history: A senator [Edwin Johnson of CO] called out the iconic actress for having an affair, branding her a “powerful influence for evil.”'

- Sen. Johnson went so far as to propose a bill requiring movies to be approved for licenses based on the moral character of those in the pictures

- 22 years later, Sen. Charles Percy entered an official apology to Bergman and read it on the Senate floor. She later sent him a letter accepting the apology.

- The article doesn't make much of this, but girlfriend was able to quote word-for-word what Johnson said about her.

Source
I'm guessing this little bit of throwback history was written because of the Bergman doc (which is great - if it's playing near you, go and and see it). It's still Noirvember, so please share any recs you may have!

Bey and jay are the show tonight pic.twitter.com/2XBUViu2nK

They must want something. Tidal related?

"Accidents take lives and destroy rivers. And yet they were able to profit from it. We expect them to be punished, severely punished and increasingly punished. So they never forget the disaster caused by them," Vedder said in Portuguese. VIDEO AT THE SOURCE.

He said the band would donate the proceeds from their concert in Belo Horizonte to the victims of this environmental disaster.*

They also played ‘I Want You so Hard’ by Eagles of Death Metal, in memory of the victims from the attacks in Paris.

* He was referring to the collapse of two mining dams in Brazil’s mineral-rich state of Minas Gerais. The town of Bento Rodrigues was swept away by 50m cubic metres of toxic mud and now around 750 people are homeless, 8 are dead, 11 are still missing. Already the lack of oxygen and high temperatures caused by the pollutants has killed off much of the aquatic life along a 500km stretch of the river. The mudslide is expected to reach the Atlantic soon (btw, Minas Gerais is not a state on the coast, so yeah, the damage is going looong ways). More here

Source in portuguese and source 2 (in english)

- The book will come out in Feb 9, 2016
- From the press release, the book will be about "memorable moments of her prison stay, including the cringe-inducing fistfights she witnessed, the awkward conundrum of being trapped when a fellow inmate had a…guest…over, and the strength she found while confined between four concrete walls"

SOURCESOURCE
Will you read this memoir?

American Idol will start it's final season next year in Jan. Ryan Seacrest revealed all past judges will come back for one last festive moment.

Some of the judges that appeared on the show in its entire run include Simon Cowell, Paula Adbul, Randy Jackson, Jlo, Mariah, Nicki Minaj, Ellen, Harry Connick Jr, Keith Urban and Steven Tyler

I would laugh so hard if they had Jlo, Mariah and Nicki on the same episode

Your mission for my bday, #Mingalings: Rock out some dance moves w/ me & the awesome @juanpabloraba! @acdc 👊 pic.twitter.com/tCJHNlpvnr

Ming's birthday was yesterday (the 20th) but she celebrated a few days early last weekend at Oil Can Harry's in LA. The party had a western theme and there was karaoke involved (the cast sang along to ABBA's Dancing Queen).

Harry being the king

Olivia Munn has been receiving comments from reporters stating that she is to blame for Aaron Rodgers' football struggles. She responded by calling out the reporters for their "fast and loose" journalism.

Clay Matthews, Rodgers' teammate, supporter her response when asked about the incident: "I thought she had a good follow-up tweet response to that reporter. It was good to see," Matthews said. "Your job as a reporter is to report on the team, so to make suggestions like that, even if there is no malice behind it, I believe is wrong."

but what about Eva Green????

[What Jim Bob says to do]Also, commit to pray with your wife everyday. Start protecting your family by removing books, magazines, television, or internet that have worldly or sensual content. Replace them with good things like wholesome music, biographies of great Christians, good old-fashioned family fun and games.


This is a quote from the website. Oh boy..

What are your black friday plans, 'murica?

According to multiple outlets, Kylie and Tyga broke up due to their egos and because he may have sold her Ferrari while she was in Australia. Kylie just posed this picture on her snap chat, indicating that Tyga and Kylie may be back on.

ONTD, are you here for this?
Collapse